In the Meiji period, Makuzu-yaki, a “phantom pottery” that crossed the sea from Yokohama and fascinated the world. Makuzu ware is a type of porcelain produced by Kazan Miyagawa, one of the representative potters of the Meiji era. Miyagawa Kazan was born in 1842 (Tenpo 13) in Makuzugahara, Kyoto, into a family that has been making pottery for generations. "Makuzu" in "Makuzuyaki" was taken from this place name.
At the age of 29, he moved to Yokohama to manufacture ceramics for export. In 1876 (Meiji 4), he opened Shinkatsu Kiln in Mt. Fuji, Ota Village, Yokohama (currently Minami Ward, Yokohama City).
Shinkuzu ware exhibited at the Philadelphia World Exposition of 1876 (Meiji 9) was highly acclaimed around the world, and over the next 30 years it continued to receive glorious awards at world expositions in France, the United States, the United Kingdom, and elsewhere. . Makuzu ware has been handed down from the first generation to the second and third generations, but in 1945 (Showa 20), the kiln was closed due to devastating damage caused by the Yokohama Air Raid. The revival by the 4th generation Kazan was in vain, and the curtain of the history was closed, and now it is said to be "a phantom pottery".
Located in the Yokohama Portside district, just a few minutes' walk from Yokohama Station, the "Miyagawa Kayama Makuzu Museum" displays more than 130 masterpieces of Makuzu ware that have returned home from France, the United Kingdom, the United States, and other countries in recent years.

Number of items in our collection 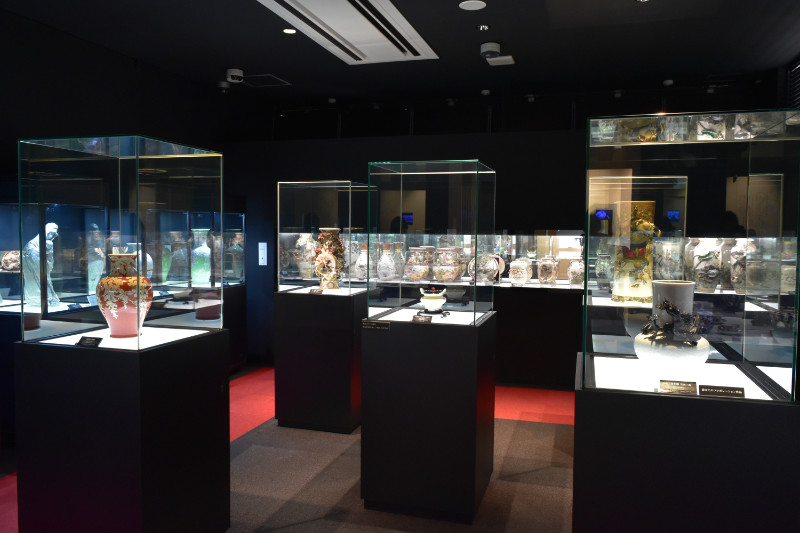 In the museum, about 130 masterpieces carefully selected from private collections are exhibited and introduced.
Inside the beautifully arranged glass case, Makuzu ware still shines as it did back then. You can fully appreciate the entire surface of the work, and marvel at its sophisticated technique and beauty.

I was fascinated by the colors and brilliance of the time.

"Koyasu Kannon Statue"
I was soothed by the gentle eyes that stared at the child.

"Vase with Metalwork, Sea of Clouds Niryu", a possible collaboration between Kayama and Chokichi Suzuki, a metal engraver representing the Meiji period. 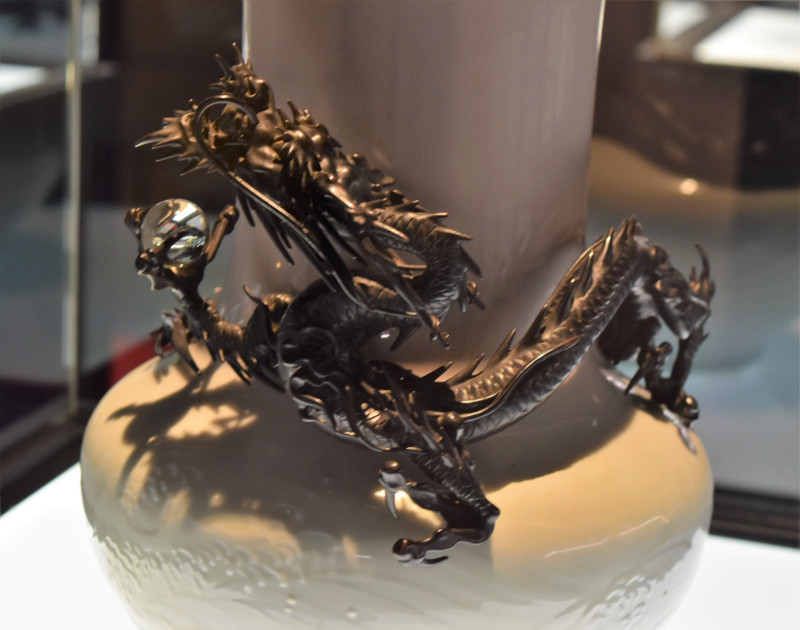 how did you make it I stared at it.

One by one, each piece shines, and I took my time to appreciate it. It makes me happy to think that such a wonderful thing was born in Yokohama, and that I live in Yokohama!
Also, I was miraculously moved by the fact that the works that had been overseas returned to their hometowns and were able to “reunite” at the museum.

"Museum Shop" in front of the museum reception 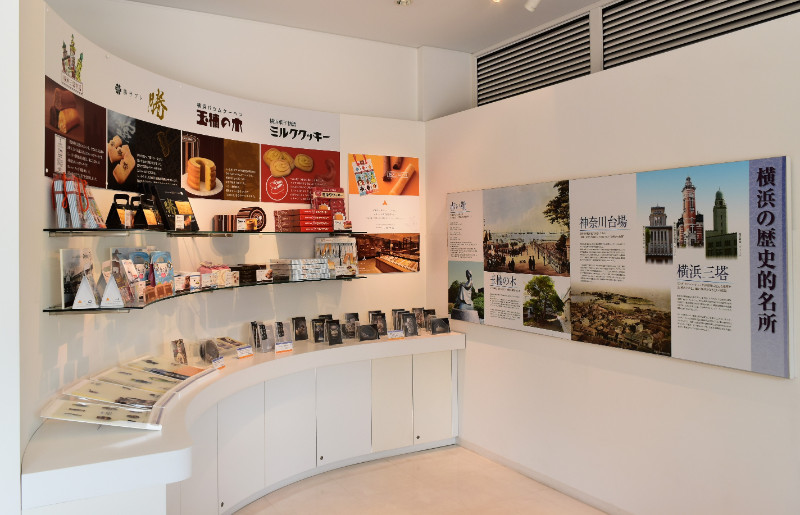 "Miyagawa Kazan Makatsu Museum" is a museum operated by a long-established confectionery maker in Yokohama as part of its cultural contribution project to the region.
The museum shop sells postcards, clear files, and other goods featuring museum collections, as well as products handled by the company.
We also sell standard Yokohama souvenirs, so please take a look at them together with the goods!

"Port Said Park" in front of the museum 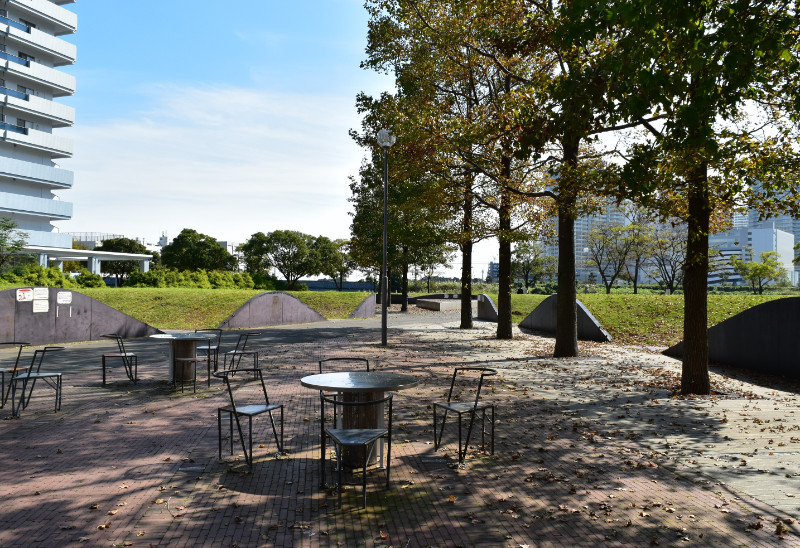 A park where you can feel the pleasant sea breeze. It will also be a landmark when going to the museum!

The "Miyagawa Kazan Makatsu Museum" is open only on Saturdays and Sundays (although it may be closed during the year-end and New Year holidays), and the collection is changed irregularly, so be sure to check out the many masterpieces of Miyagawa Kazan when the museum opens. How about going to