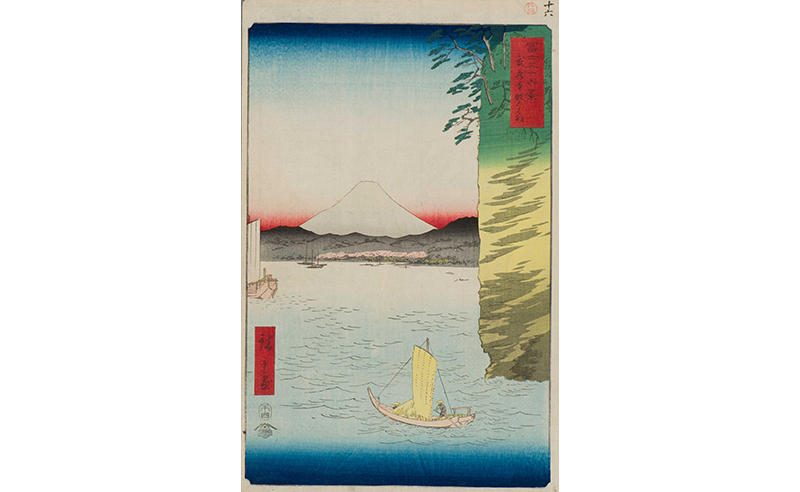 【Honmoku】A place of relaxation for people then and now, even though the sea is no longer near

「Honmoku」 is known as the largest container terminal of the Port of Yokohama. Once a scenic fishing village, ukiyo-e artist Utagawa Hiroshige visited the area and memorialized its scenery in his work.
The region depicted in a light pink color at the bottom of Mount Fuji is likely Sugita (now Isogo Ward), famous in the Meiji period for its plum groves. Until the 1960s, there was apparently a seaside resort alongside the sea that the ships are floating in.
Commodore Matthew Perry of the United States Navy, who visited Japan at the end of the Edo period, recorded these waters in his nautical chart, naming them 「Mississippi Bay.」 In the 1960s, a project to reclaim land from these waters was carried out, and the natural coastline no longer remains. Although the sea is gone, the sheer cliff remains in 「Honmoku City Park.」 The sea was blocked by the Shuto Expressway and is now distant from the area. However, a lush park that includes a tennis court and ballpark has been established near the cliff, and it remains popular as a relaxation spot.