Onna Hitori
Bar
And beautiful
Have a drink

A bar series that goes out to a bar in Yokohama and spells out an encounter with a beautiful cup ♡ This time, "There is a great person who has rooted the flair bartending culture in Japan." I've only heard your name, but I finally got the chance to meet that amazing person, Tomoyuki Hojo, the owner and bartender of "Cocktail Bar Nemanya"! The shop is a 4-minute walk from Nihonodori Station on the Minatomirai Line and a 5-minute walk from Kannai Station on the JR Line. I was surprised that it was in a place that was easily accessible from the editorial department on Bashamichi, so I visited with one hand of the camera.

First of all, I would like to introduce the state of the store. The small counter with only 7 seats has a good sense of distance so that you can communicate smoothly with the bartender Mr. Hojo no matter which seat you sit on. 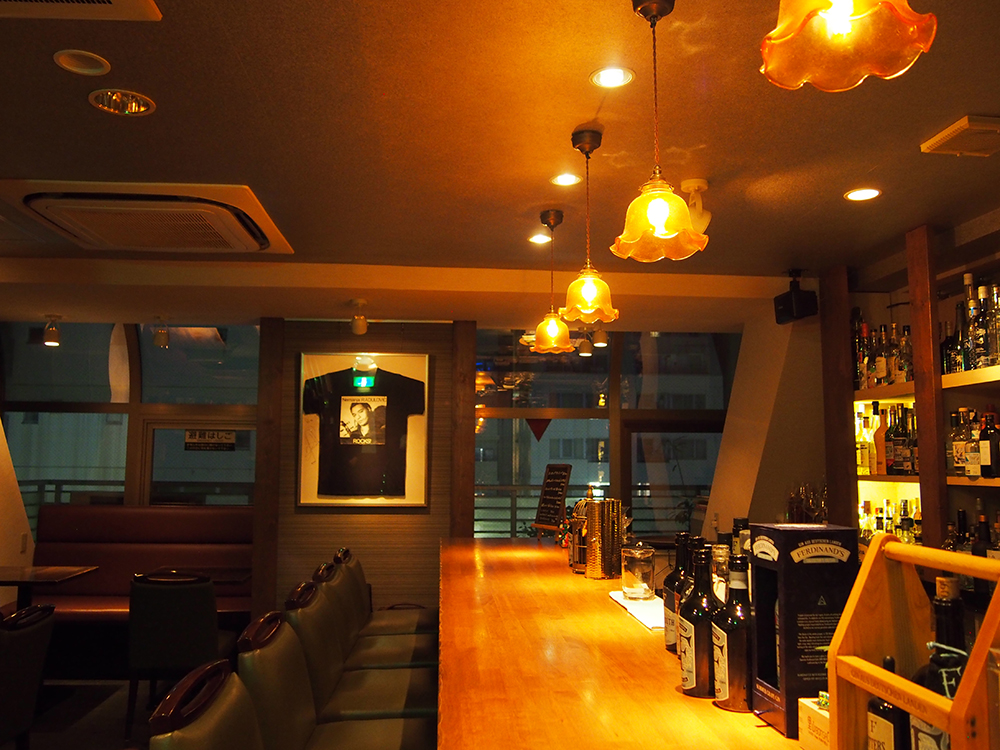 At the back left of the store, there are L-shaped table seats facing the counter. Of course, it's used by groups, but it's nice to have a place where you can sit with peace of mind even for those who say, "It's my first time to come to the bar and the counter is really nervous!" 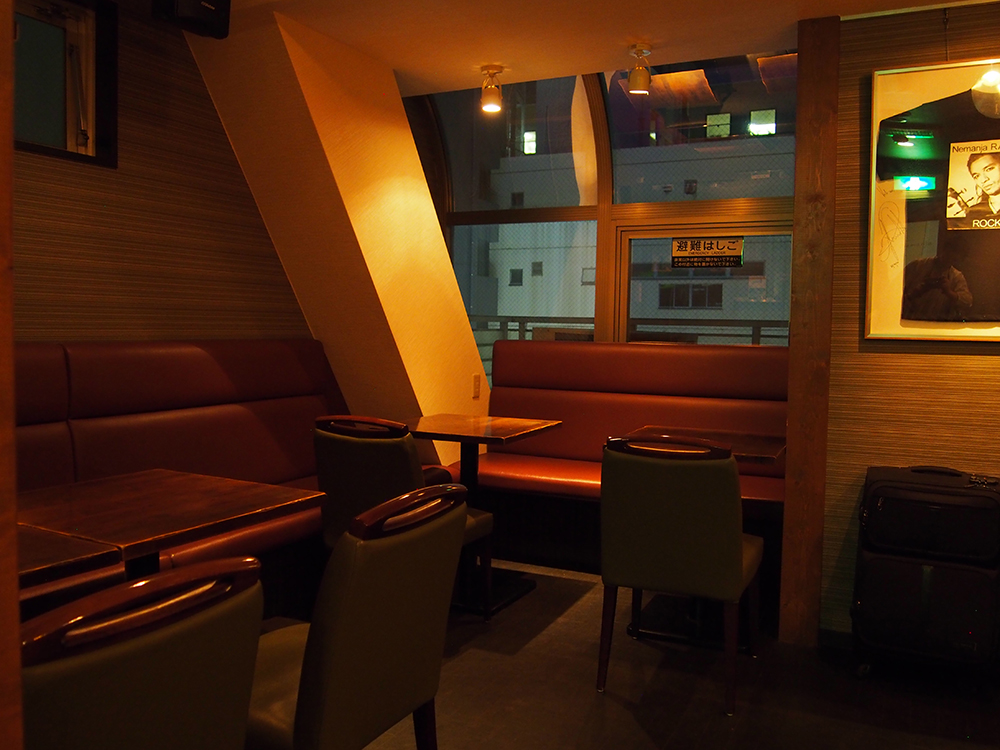 You can enjoy mixology cocktails at this shop. A mixology cocktail is a cocktail that uses fruits, herbs, spices, etc. and combines it with distilled liquor to bring out the umami of the ingredients themselves to the utmost limit. From among them, I had you make a cup named "Herbal Brandy Sour".

Enjoy the refreshing scent of herbs at the moment when the aroma steam bubble bursts, and then enjoy a delicious cocktail. Of course, from the glass mouthpiece that draws a thin and beautiful curve like the tail of a cat ♡ 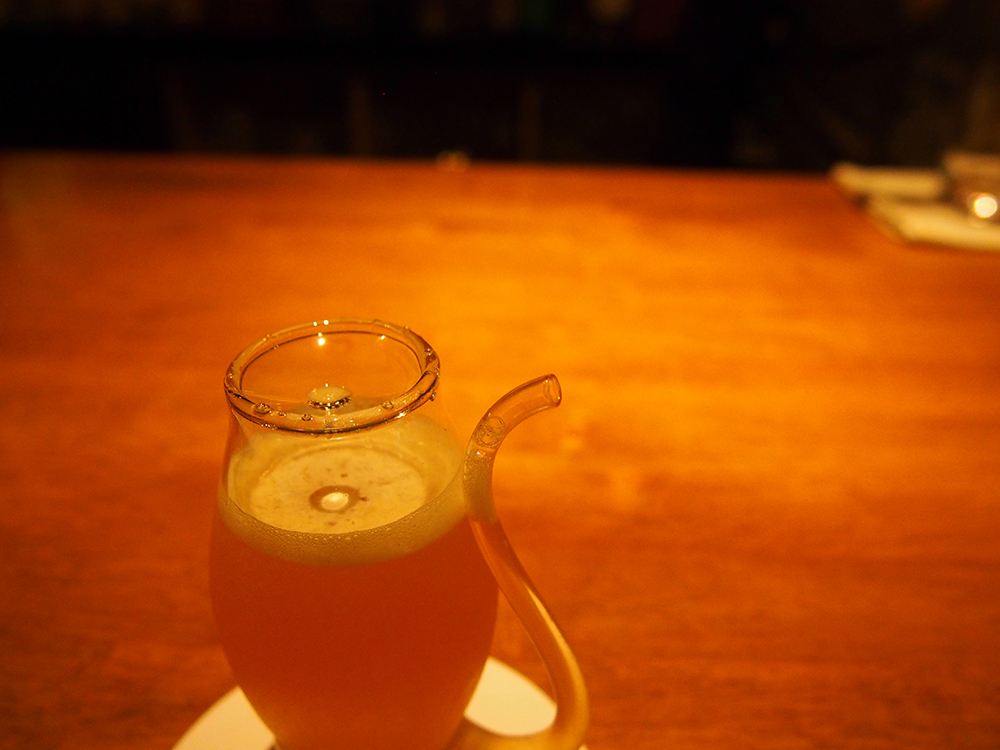 As mentioned above, Mr. Hojo is known as one of the first bartenders in Japan to adopt flair bartending, and is a famous person who has won numerous awards. He is also the Honorary Chairman of the All Japan Flair Bartending Association (ANFA) and has published flair-related books. Let me introduce you to flair bartending once. Flair bartending is when a bartender throws or rotates a bottle, shaker, glass, etc.It's a cocktail making style that lets you make it or create it with a light performance like juggling. It was started by American bartender Jerry Thomas in 1849, and the "Blue Blazer" created with a unique performance was a hot topic at the time as his signature cocktail. Many of you may have heard of the existence of flair bartending in the movie "Cocktail" (1988) starring Tom Cruise.

How did Mr. Hojo start flair bartending? …… "When I started working as a bartender in the 90's, the store I was in at that time was not well recognized, and I continued to think about how customers would come to visit me. , Flair. It was the first time I saw the performance of South Korean Park Jae Wu, who became the world champion in a competition in 1997. I visited his shop because I wanted to know more about Flair. When I went there, the champion himself taught me the flare technique with the words, "Anyway, try to make cocktails that entertain our customers." After that, Mr. Hojo challenged the flair bartending tournament, and in 1998 he showed off the original cocktail "Rideen" with his refined technique. I will win the championship. It's been almost a year since I met him, and he's a champion, it's too amazing !!

By the way, here, we have released a video that we specially requested to shoot! Due to the space of the shop, it seems that it is difficult to see the performance of full-scale flair bartending, but I asked for it with "I understand it is impossible". It's true that he will show you the technique on the spot without any prior practice !! (Thank you very much, Mr. Hojo !!!!!)

As a bar beginner's point of view, when asked how to order alcohol, he said, "You don't need to know much about cocktails and whiskey. We have bartenders for that. If you give me a hint, I will propose a cup that suits you. Anyway, all you have to do is tell me your mood and taste at that time, so don't be shy and give more and more challenges to professionals. Please give me (laughs) "

And a nice word for those who can't drink … !! "I think the old bar had a strong image that people who can't drink alcohol shouldn't go to the bar, but now it's different. Not only can you not drink alcohol because of your constitution, but some foreign customers are religiously NG, so we have a "mocktail" so that those people can enjoy their time at the bar. Also for"I mean" … Mocktail is a coined word of "moc = fake" + "cocktail" and is a non-alcoholic cocktail. "We also have non-alcoholic beer, but since you visited the bar, we hope you enjoy the cocktails you make in front of you," says Hojo. 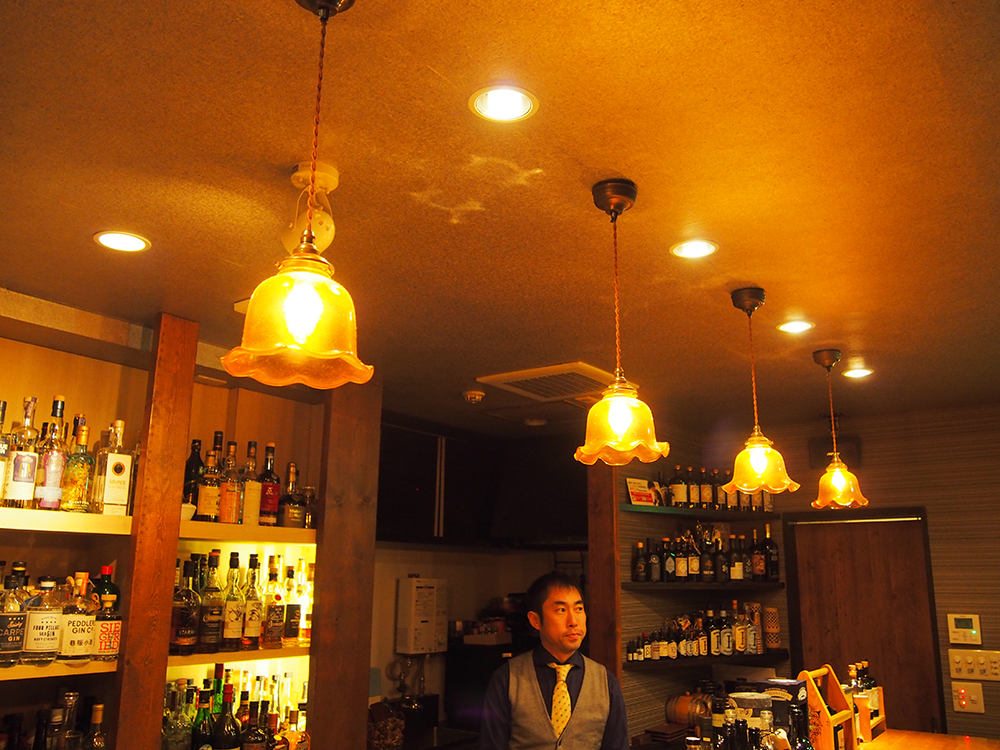 Finally, I asked Mr. Hojo what kind of existence "Cocktail Bar Nemanya" is. 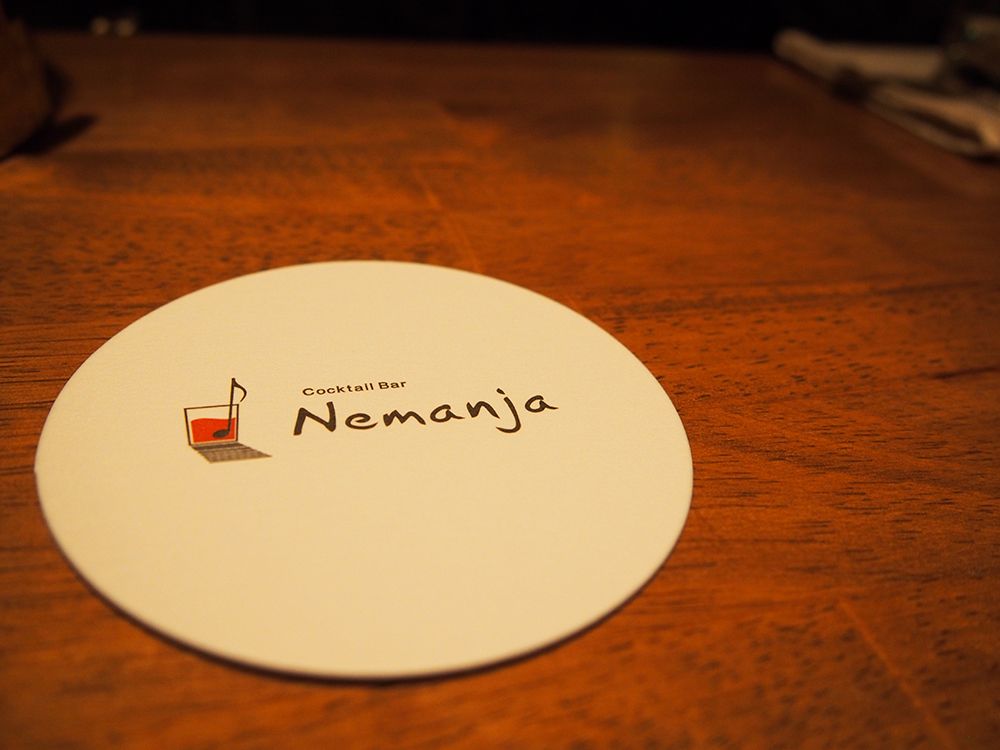 "I was told by an old person that human beings cannot live and cannot be balanced unless they have all three spaces (time). The first is work. The second is HOME …. In other words, it's a private time that includes family members, etc. And the third is time for hobbies, lessons, and just for myself … I put this shop in the third time for customers. I want to make it a "bar like a perch" that you can enjoy. "

After finishing work, I opened the door and said, "Let's go home after stopping by Nemanya," and spend the third "time for myself" in this warm space welcomed by Mr. Hojo and his wife. is not it. I also admire how to use such a bar. But I'm sure there are already many such customers.

In addition, Mr. Hojo values "continuing to protect" and at the same time, "it is also important to keep an eye on the new world and constantly learn and evolve" and spare no effort every day. Looking ahead of the times, he has already worked on the original development of non-alcoholic craft gin <non-alcoholic gin Nema 0.00%>, which is attracting worldwide attention, and it is said that this is also delicious. 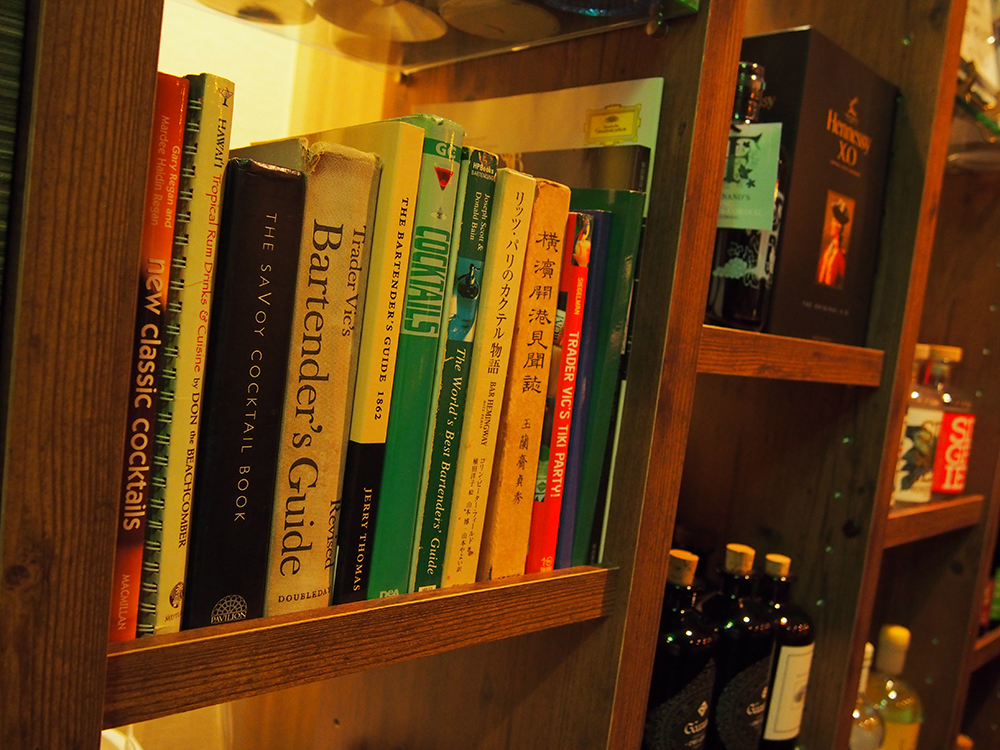 It is said that it is important to keep track of the trend of alcohol, learn the wisdom of ancestors from books, and do research at the Yokohama Archives of History Museum.

After drinking the second cup in a blink of an eye, I had my wife's homemade cake. The store name "Nemanja" is derived from Serbian-born violinist Nemanja Radulovic, who wants to provide a soft and flowing time and space like beautiful music. The Serbian sweet "Mosque Vashnit" made by his wife has a moderate sweetness, and it tastes perfect after having a drink. I left the store. 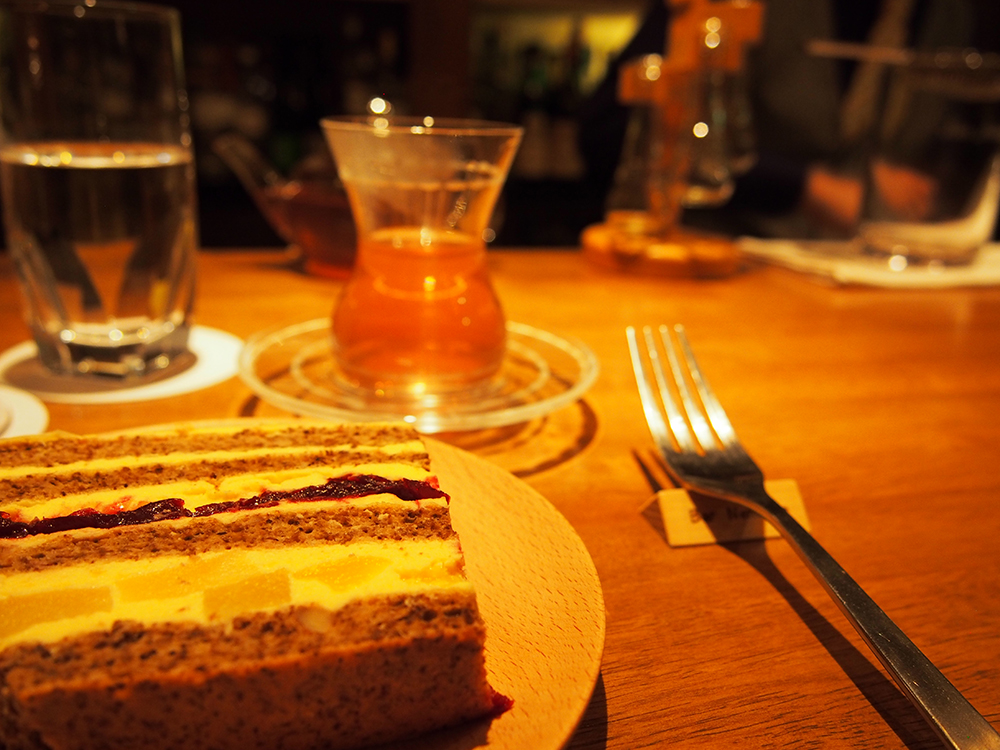 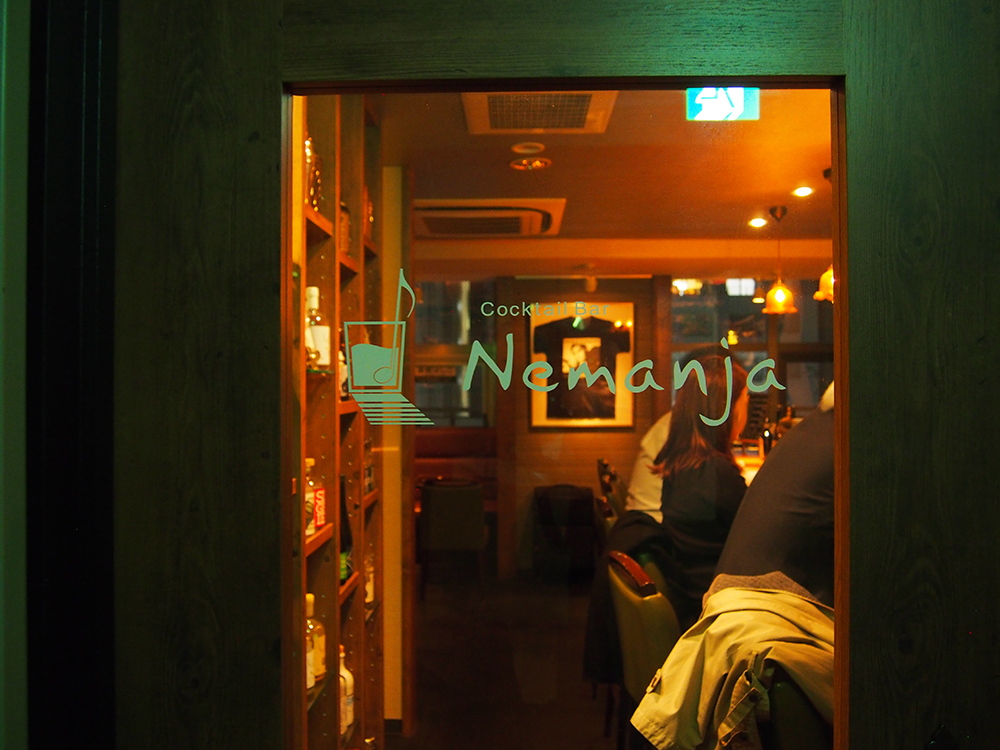 By the time I got home, regular customers were filling up the counter. Thank you to Mr. Hojo and his wife for a wonderful time! & Thank you for your treat !! I will visit you again slowly.