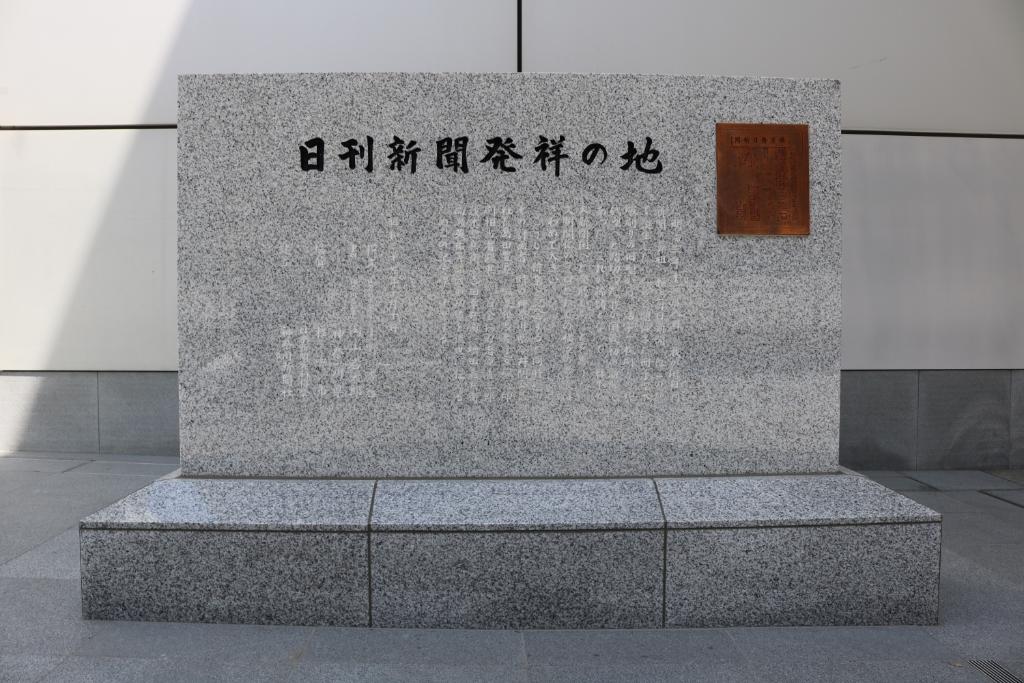 Reconstructed and opened to the public on the premises of Yokohama City Hall! "Birthplace of daily newspapers" monument

The "Birthplace of the Daily Newspaper" monument, which honors the launch of the first Japanese daily newspaper "Yokohama Mainichi Shimbun", is located on the premises of the Yokohama City Hall, the birthplace (6-chome, Honcho, Naka-ku, Yokohama). It was rebuilt in. Along with this, the Japan Newspaper Publishers and Editors, which operates the news park, opened the monument on April 27th.

The monument was erected by the Kanagawa Shimbun in 1962 on the premises of the former Yokohama Raw Thread Inspection Center, where it was said that there was the Yokohama Printing Company that issued the newspaper. After that, it turned out that the original birthplace was about 400 meters west. It was relocated in 2009 with the cooperation of Yokohama City, which had acquired the land, but it was removed due to the construction of the new city hall. With the completion of the new Yokohama City Government Building, it was rebuilt on the premises of the Government Building in 2020 and was donated by the Kanagawa Shimbun to the Japan Newspaper Association.

In the permanent exhibition room of the news park, in addition to the first issue (reprint) of the "Yokohama Mainichi Shimbun", the 20th issue of the "Overseas Newspaper" launched by Joseph Heco, Kanagawa, while telling that the Perry fleet has arrived in Uraga. We display materials unique to Yokohama, the birthplace of the Mainichi Shimbun, such as the first issue (reproduction) of the predecessor newspaper "Yokohama Trading Newspaper". 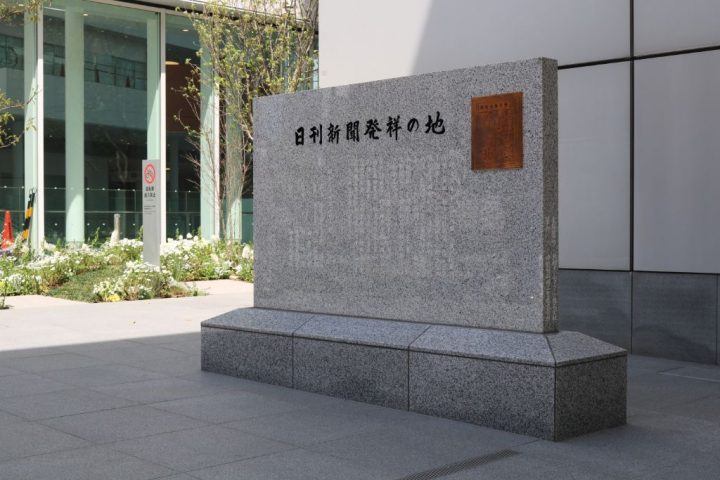 [The location of the "Birthplace of the daily newspaper" monument]
[Address] 6-chome, Honcho, Naka-ku, Yokohama-shi (on the premises of the new city hall in Yokohama-shi)
[Access] Directly connected to "Bashamichi Station" on the Minatomirai Line

* The news park is closed due to the state of emergency issued to prevent the infection of the new coronavirus.
For details, please see the museum's website ( http://newspark.jp ).

On July 20, 2016, the News Park (Japan Newspaper Museum) was reborn as a facility where you can learn while experiencing the roles of the information society and newspapers and journalism. In April 2019, we opened a new permanent exhibition room with an expanded historical exhibition zone. There are many fun ways to learn, such as introducing the on and off of newspaper reporters on a touch panel display. The interview experience game "Yokohama Time Travel" is a time slip in the past by holding a tablet over a diorama that reproduces the cityscape of Yokohama. We will cover and unravel the mysteries of Yokohama, such as the arrival of Perry, the conclusion of the Convention of Kanagawa, and the secret of the birth of Japan Boulevard and Yamashita Park. In addition to holding special exhibitions and various events, we also create and hand out a visit commemorative newspaper to those who wish.