* The Kanagawa Prefectural Museum of Modern Art will be temporarily closed for the time being to prevent the spread of the new coronavirus infection. Please see " here " for details.

Francis Bacon (1909-1992) is a British-based painter who has established an unrivaled figurative painting and is named alongside Picasso, a painter representing the 20th century. Born in Dublin, Ireland, after studying painting on his own, he drew portraits with a distorted body and a roaring expression while referring to Velasquez and Van Gogh. It had a great influence on the art world. Many exhibitions are planned not only during life but also after death, and the works are stored in museums all over the world.

A "secret" that Bacon never released to the world-it is said that he destroyed the drawings that were not supposed to be made, the numerous printed matter that he referred to, the lines and iconography that were drawn on them, and most of them. Also, young paintings devoted to Surrealism. In this exhibition, about 130 works such as early paintings, drawings, and materials that the master secretly left until just before his death will be exhibited for the first time in Japan. Unravel the source of inspiration that was not revealed in his lifetime, and approach the true appearance of a solitary painter.

<< Here is the highlight !! >>
1. Exhibiting valuable early works of Francis Bacon
Many of the early bacon works were thought to have been destroyed. In this exhibition, 10 oil paintings drawn by this painter in his early twenties under the influence of Cubism and Surrealism will be exhibited. ..

2. Japan's first public release of a work that reveals the production process of Francis Bacon
Bacon has been constantly interested in "people." For the first time in Japan, we will unveil valuable materials that show the development of completed oil paintings, such as works in which portraits of celebrities published in magazines and newspapers are colored and lines are drawn.

<< About the Barry Jules Collection! >>
Barry Jules interacted closely with Bacon from his encounter with Bacon in 1978 until his death, and 10 days before Bacon died in London, he directly wrote about 2,000 works and materials he had left with him. I got it from my studio in London. These precious "heritage" are the National Museum of Modern Art, Ireland (Dublin, 2000), the Barbican Center (London, 2001), the Picasso Museum (Paris, 2005), and the Nanjing University of Arts Museum in China (Nanjing, 2013-). It was exhibited at the Hao Art Gallery (Shanghai, 2016) and Villa Fiorentino (Sorrento, 2018) in Italy, and in 2004, about 1,200 of them were donated to the Tate Gallery. 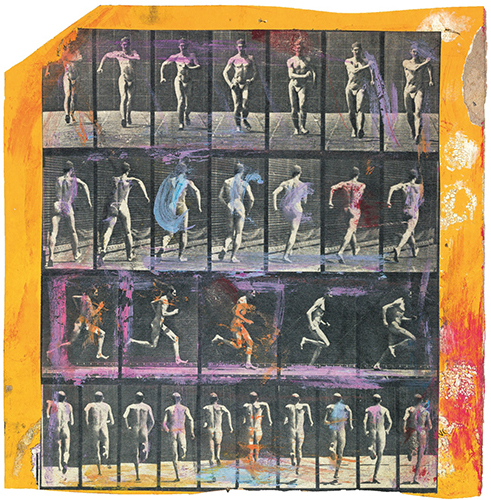 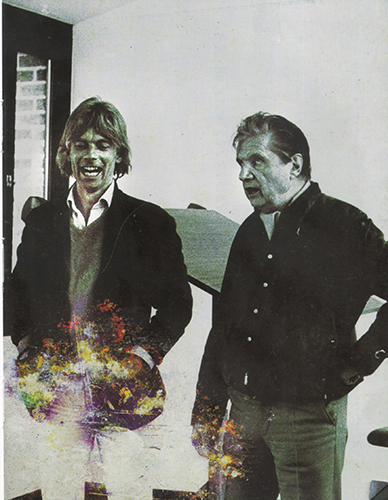 Francis Bacon
By Barry Jules Collection
[Date and time] January 9th (Sat) -April 11th (Sun), 2021 9: 30-17: 00 (Last admission 16:30)
[Venue] Kanagawa Prefectural Museum of Modern Art Hayama Exhibition Room 2-4
[Closed] Monday (Open on January 11th)
[Fee] General ¥ 1,200, Under 20 years old / Student ¥ 1,050, 65 years old and over ¥ 600, High school students ¥ 100, Junior high school students and younger free, Persons with disability certificate (and one caregiver in principle) Free
[Organizer] Kanagawa Prefectural Museum of Modern Art
[Inquiries] 046-875-2800 (Kanagawa Prefectural Museum of Modern Art Hayama)
* You can also see the collection exhibition "British / Irish Art-The Story Drawn" on the same day with the admission ticket for the "Francis Bacon" exhibition.
* On Family Communication Day (1st Sunday of every month: February 7, March 7, April 4), discounted rates are available for families with children under the age of 18 (excluding those aged 65 and over). You can see it at. To prevent the spread of the new coronavirus infection, we will cancel "Open Communication Day", the day when you can enjoy conversation on the same day.
* Please contact us for other discounts.
* Please see the museum website for requests and the latest information to prevent the spread of the new coronavirus infection when visiting the museum.