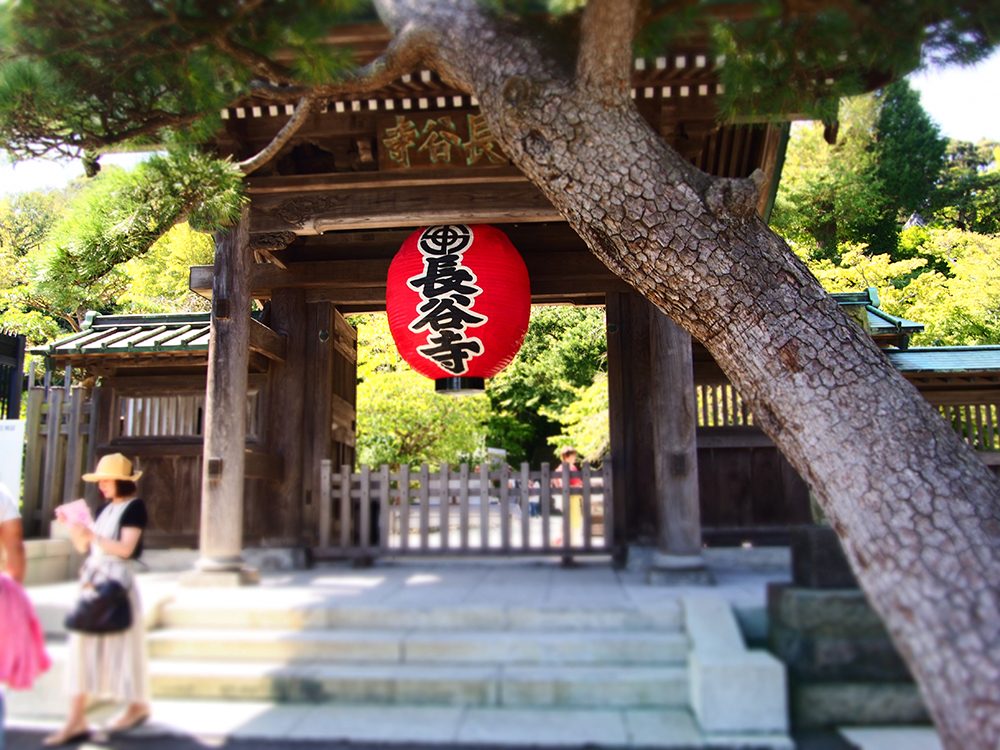 Hasedera, which has been known as "Hase Kannon" since ancient times, is officially called "Kaikozan Jishoin Hase-dera". It is said to have been founded in the 8th year of Tenpei (736) during the Nara period, and is one of the oldest temples in Kamakura, which was designated as a shrine under the reign of Emperor Shomu. The principal image is the eleven-faced Kanzeon Bosatsu statue. This mountain, which is one of the largest wooden Buddha statues in Japan (9.18m in height) and is the fourth of the Bando Sanjusansho Kannon Sacred Grounds, has made its lanterns a symbol of the Kannon Sacred Grounds that represent the eastern country. I'm telling you.

The precincts that stretch from the foot of Mt. Kannon, which is deep in green, to the middle of the mountain are called "Kamakura's Western Paradise Jodo," where flowers never cease throughout the four seasons, and the colors of the flowers and trees soothe the hearts of visitors. In addition to the various temples, there is a viewing platform overlooking the sea and cityscape of Kamakura, and when you go up the footpath, you can see the view of Sagami Bay and the atmosphere of 2,500 hydrangeas of 40 types that shine in the rainy season, which is one of the most scenic spots in Kamakura. It is touted as.