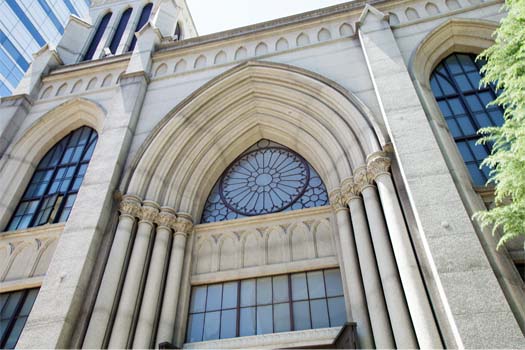 It was in October 1859 (Ansei 6) that JC Curtis Hepburn, a missionary doctor dispatched from the Presbyterian Church in the United States, came to Japan with his wife with the intention of preaching Christianity to Japan. Eventually, the young people who were studying at Hepburn School had a momentum to establish a church, and on September 13, 1874 (Meiji 7), the missionary of the Presbyterian Church in the United States, Henry Loomis, was established as the first pastor. Is our church.

In December 2000, a Swiss / Matisse pipe organ was installed as one of the 125th anniversary commemorative projects.