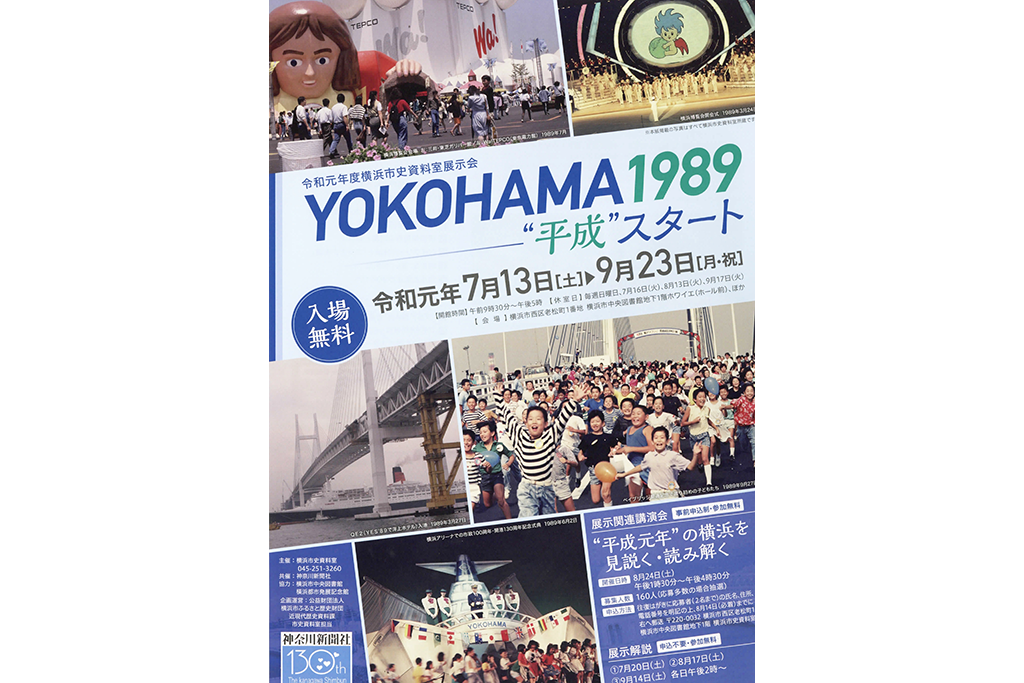 Looking back on Yokohama in 1989, another turning point in postwar Japan

Yokohama City Central Library
(Please note that this page was created using Google's automatic translation service and understand that because of this, its translation may not necessarily be accurate.)

In 1989, when "Heisei" started, Japan was at the height of the bubble economy, and Yokohama was the 130th anniversary of the opening of the port and the 100th anniversary of the city administration. That year, the Yokohama Expo "YES'89" was held in Yokohama. In addition, the Yokohama Bay Bridge and other facilities were opened this year, forming the outline of what Yokohama is like today. On the other hand, it was also a year when the internal and external order that had continued for a long time after the war was disrupted, such as the collapse of the Berlin Wall, and it was also a time when the era of turmoil called the "lost 20 years" was about to begin.

This year, which marks the beginning of the Reiwa era, is another transformation of postwar Japan, following last year's (2018) exhibition in the city history materials room "YOKOHAMA 1968-50 years ago, that year when Japan was the hottest". Looking back on Yokohama in 1989, which is a point. 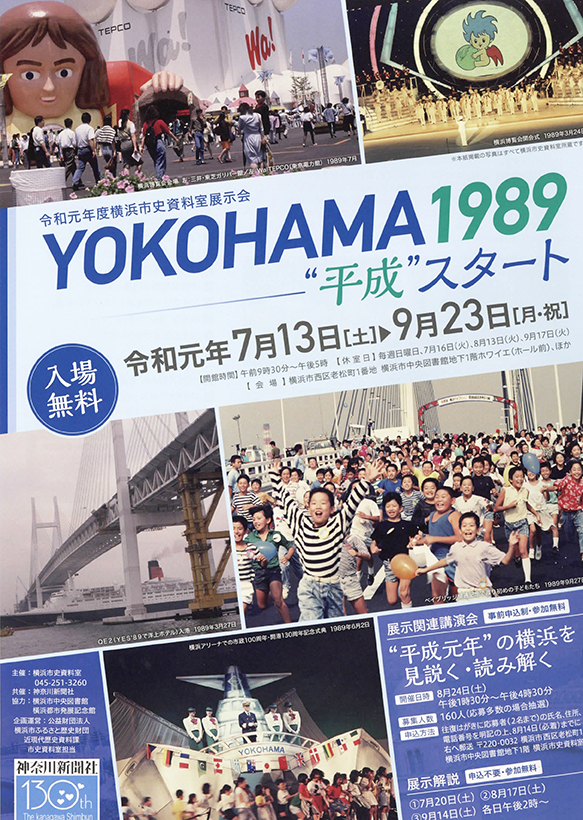 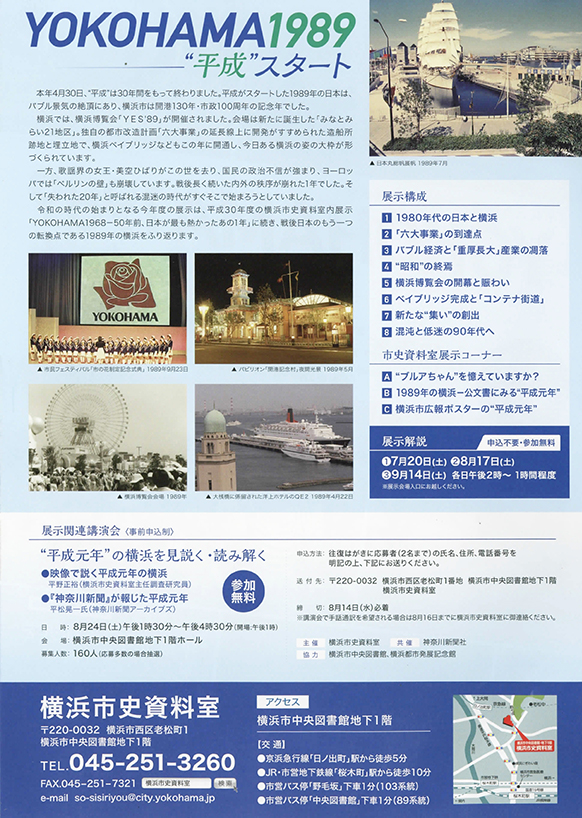