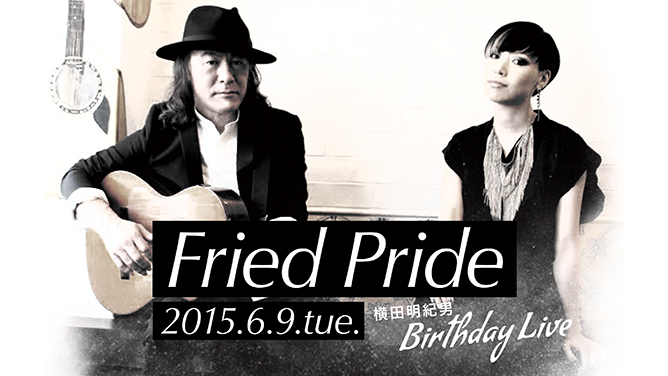 Simple sound with vocals and guitar An overwhelming stage presented by a popular duo from Yokohama!

"Fried Pride" is a unit consisting of shiho, who has a singing ability that is far from the Japanese, and Akio Yokota, a technical guitarist. When he made his debut on the Concord label in 2001, he became popular with his aggressive sound that included jazz, soul, and rock, and then jumped after co-starring with Marcus Miller, Gil Goldstein, and Mike Mainieri. Joined the ranks of top artists. He is also active overseas on a regular basis, and has appeared in live houses such as Blue Note New York and numerous events. In the 11th album "Rock's" released in 2014, it is also new to remember that he listened to further evolution with a new approach. Even at Motion Blue Yokohama, they always hear new evolutions, but this time it's Yokota's birthday. I want to celebrate a memorable day with the venue.