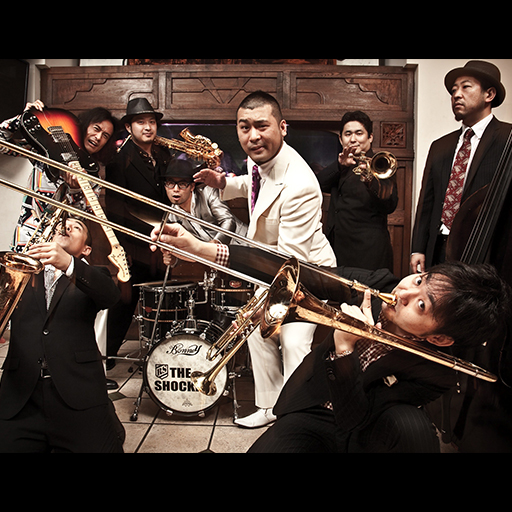 A spring tour final by a popular band on stage with a hunger that only those who see it can understand!

"The Shocking" was formed by vocalist Masaru Suwon under the theme of "Big band sound with the scent of Showa", and is a veteran band that has been formed for more than 10 years after several band name changes. The messy stage performed by seven adults has been supported by a wide range of music fans due to its high entertainment value and performance quality centered on jazz. They released an album that tributed to Louis Armstrong in 2013 and Frank Sinatra last year, further expanding the range of variety. This time, which will be the first appearance in Motion Blue Yokohama, he will decorate the big bird of his own "Westroad Wild Swing Tour" in Yokohama. Not to mention the music, it will surely make you smile on the stage of hunger with MC and performance.