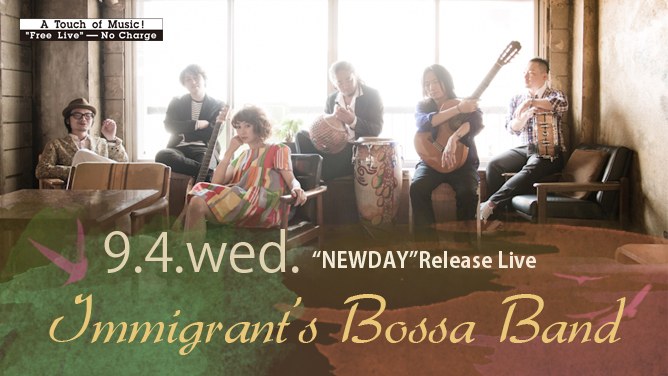 A Japanese Brazilian jazz band formed with the keyword "Mellow & Funky! Cool but Hot! Jazzy Brazilian Sound". He has appeared in events such as "Routine Jazz" with Kobayashi as DJ and "Night Jazz" produced by Tatsuo Sunaga, and has fascinated listeners with his comfortable groove and acoustic sound that combines 8 beats and Brazilian. In 2010, the vocalist Shoco, who returned from Canada, and Isao Ohashi, a guitarist who graduated from Berklee College of Music, were renewed as new members. This year, he released a cover album "introducing!" In June, and released his sixth new album "NEWDAY" in July for the first time in two years. This time is a live to commemorate the release of the new album. The reason for receiving support from various audiences will be obvious when you experience the sound.