Dedication Kyogen at the place where summer ends and autumn begins

There was a feeling that the temperature had dropped sharply in October, but it was October 6th when the heat returned for the first time in a while. Today is a dedication kyogen at Nakanoshima Inari Shrine.

When you turn the corner, you will hear the festival music. The approach to the shrine is crowded with stores, and the feeling of excitement that the purse string seems to loosen a little. Although I was not worried about the typhoon, the wind was a little strong, and some people who have been supporting the party for many years said, "This is the first time for such a strong wind."

I moved here seven years ago, and the following year I started a Kyogen class at a community center held by the neighborhood association.

When a child was born, he connected with the priest by visiting the local Ujigami at the first shrine, and immediately agreed to say, "I want you to dedicate Kyogen at this Kagura hall." Mr. Miyaji brought the people of the supporters to the "Ozashiki Kyogen" that I sponsored, and the people of the supporters also eagerly said, "This is a Kyogen at the shrine." I feel a mysterious connection with the overlapping of various timings.
"src =" https://magcul.net/wp-content/uploads/2018/10/0146-2.png "alt =" "width =" 1000 "height =" 667 "/> And this is the 6th time this year. The pine curtain that hangs behind the stage, the stage set that imitates the Noh theater, and the program that is distributed to customers are all hand-crafted by all the students. The performance started in an indescribable pale atmosphere. 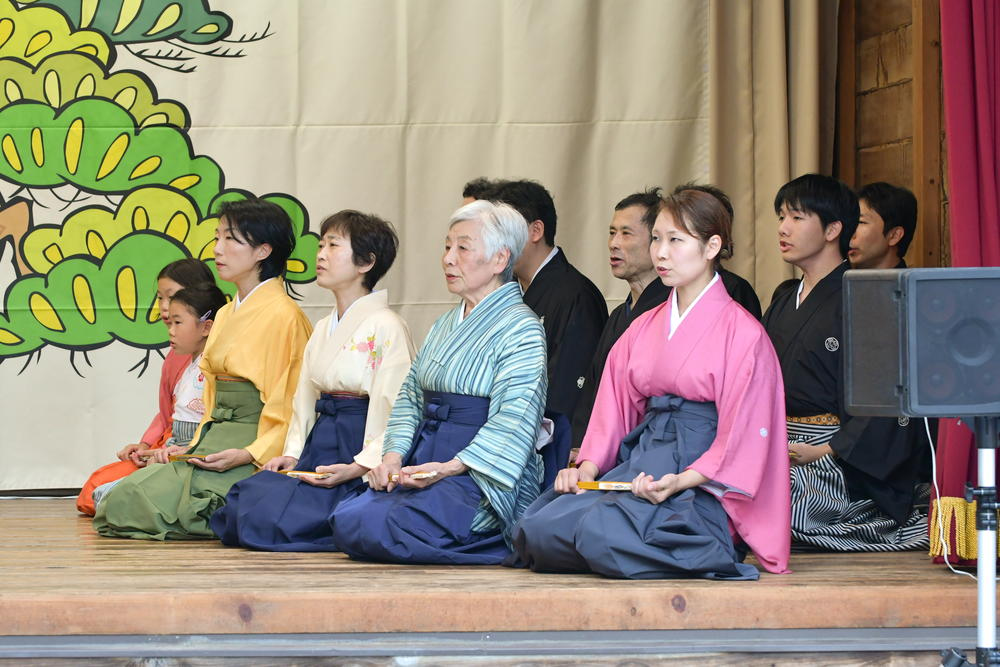 This is the first attempt for a style of singing a kouta with all 13 students. The "Kyogen Kouta Collection", which is a collection of various koutas that appear in the Kyogen play, was very pleasant and powerful because the feelings and voices of the students became one. Each of the other performances was shining, and the audience heard laughter. The voices of the students must have reached many people, even though the trees were buzzing with the occasional gusts of wind.

In this classroom, the students themselves are the protagonists, and I think they are the only supporters. It is difficult for me to live like myself, but the world of Kyogen affirms me as I am. The lively appearance of the students is very beautiful. It was an hour in a blink of an eye, but God would have been pleased with the enthusiastic feelings of the students and the laughter of the customers.
667 "/> At the end, I sing a congratulatory message and finish it with a lot of congratulations. I hope that my daily life will be enriched as much as possible.