What is Sugita Theater, an artistic space filled with natural light?

A place where all the inhabitants love, gather, and continue to grow
Isogo Ward Cultural Center Sugita Theater

This time, we visited the cultural facility "Isogo Ward Cultural Center Sugita Theater" on the 4th and 5th floors of La Vista Shinsugita, a 3-minute walk from "Shin-Sugita Station" on the JR Negishi Line. Did you know that the "Sugita Theater" at the end of the name of this cultural center contains the "thoughts" of the local people? (Actually, I also visited the interview and was able to know!)

The former Sugita Theater, which is said to have taken its first stage at the age of eight when Hibari Misora was named "Kazue Misora," is located under the elevated Route 16 and JR toward Tomioka, and is located on January 1, 1946. It opened on Sunday and closed on October 3, 1950 (Showa 25). When the "Isogo Ward Cultural Center" opened as a public facility in Yokohama City, we solicited nicknames from the residents, and many people in the area who missed the theater gathered the voice of "Sugita Theater" and officially called "Isogo Ward". The name was decided to be "People's Cultural Center Sugita Theater". It seems that people who know the time donated memorable items, and posters that were donated in 2004 by the nephew of the former president of Sugita Theater are also displayed in the hall. increase. 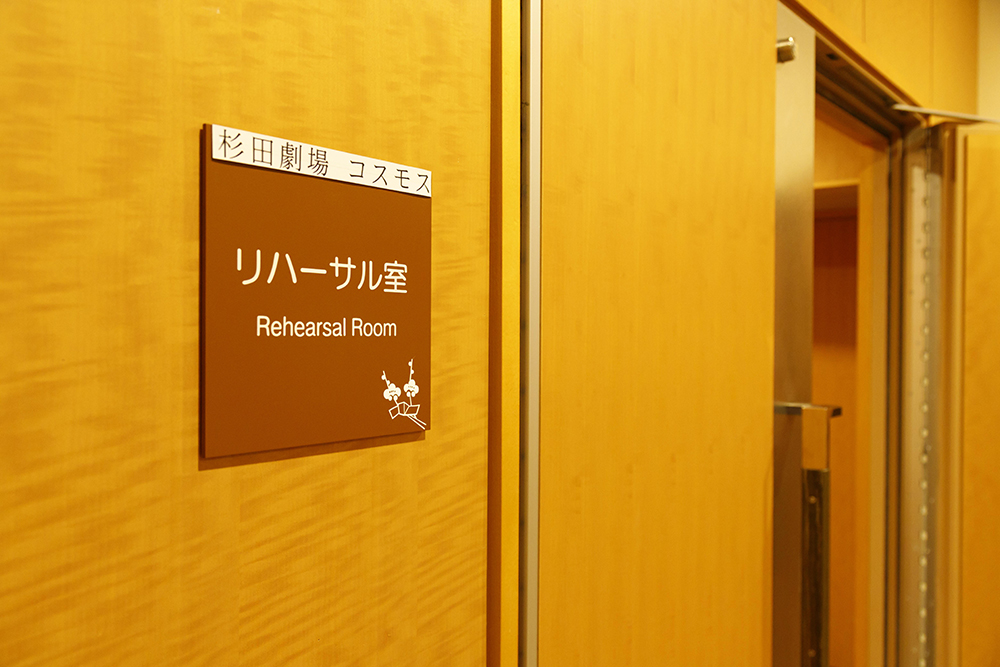 The hall is on the second floor up the stairs. Before that, I have to introduce this staircase (the right side is an escalator) because it is wonderful. It seems to be a popular spot for users, but this staircase is actually a stairwell ... 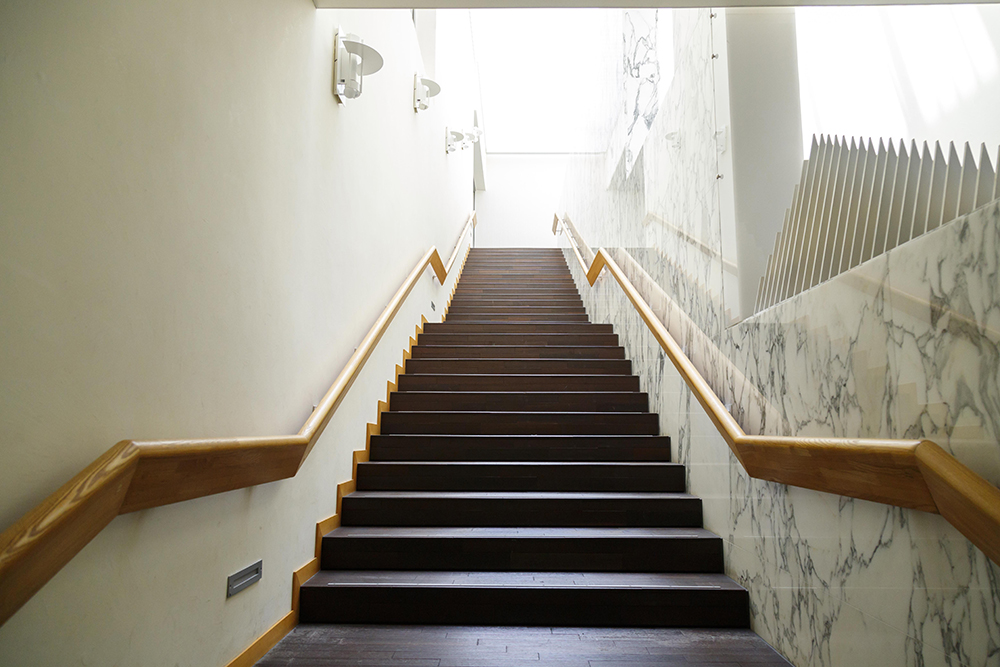 At the end of the stairs, there was a space like this contemporary art. On the day I visited the interview, I was so lucky that it was fine, and suddenly I asked the cameraman, "Please take a picture here !!". It was a really beautiful moment. You can enjoy various patterns of light and shadow over time. Lucky Me !! 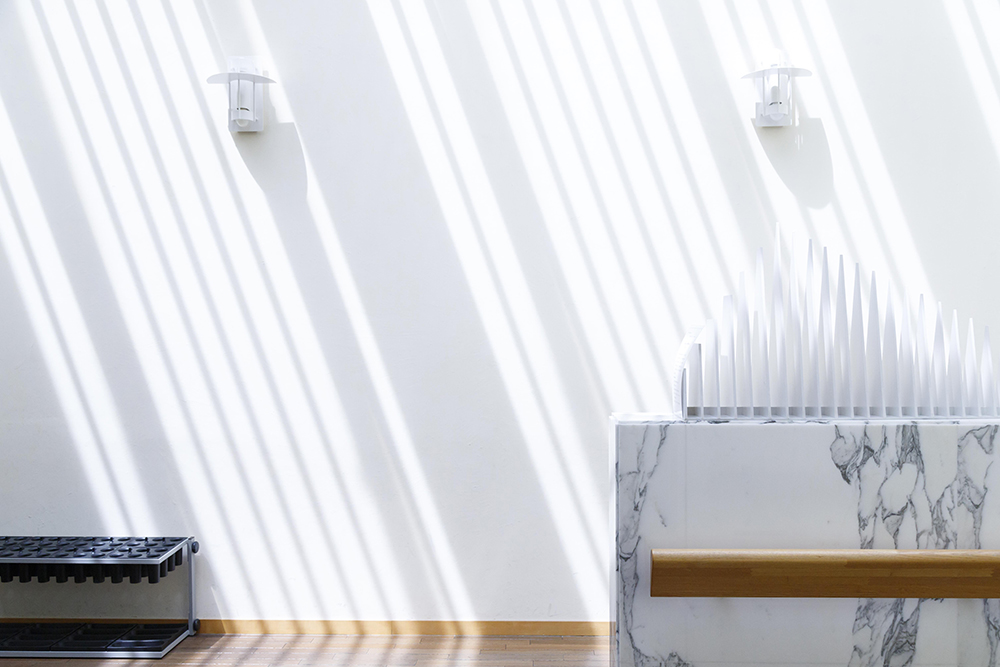 The foyer in front of the hall spreads beyond that. The outside is a terrace seat. Natural light gently shines in here as well, making it a very comfortable space. 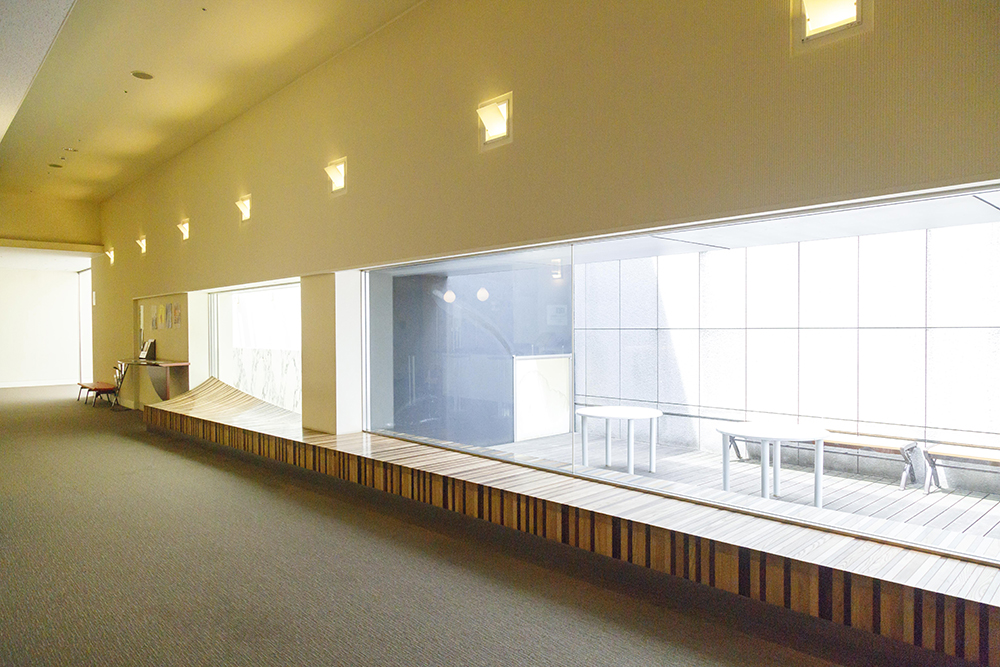 Finally, we went to the multipurpose hall with 310 seats. It can be used as a place to appreciate and present cultural and artistic activities regardless of genre such as music, drama, and dance. 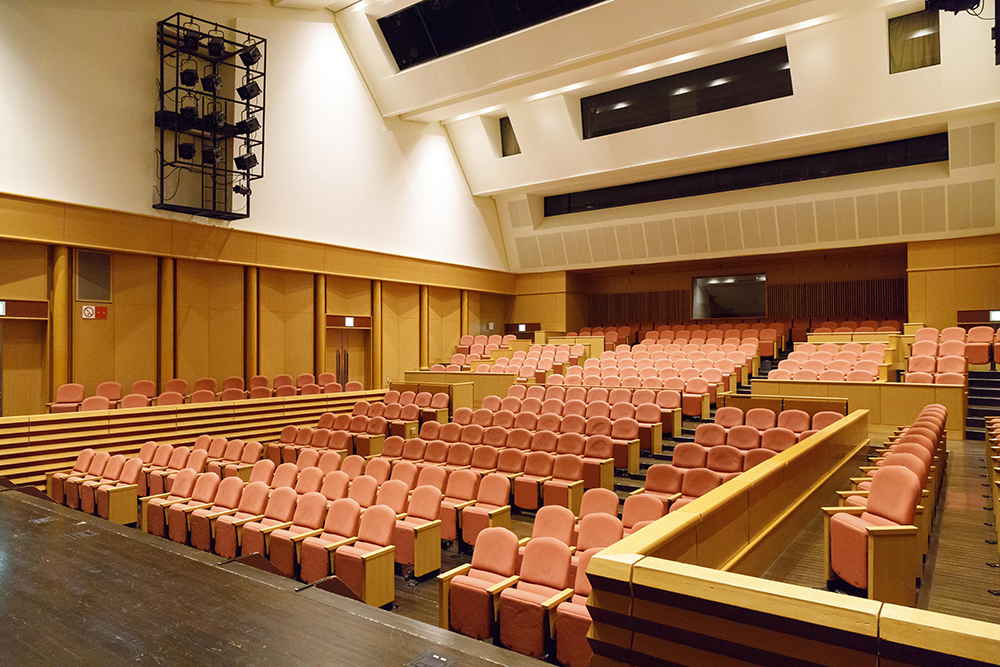 And the audience seats are "seen !!" from behind the scenes (laughs). Using such a viewing window, you can see how the audience is enjoying themselves. 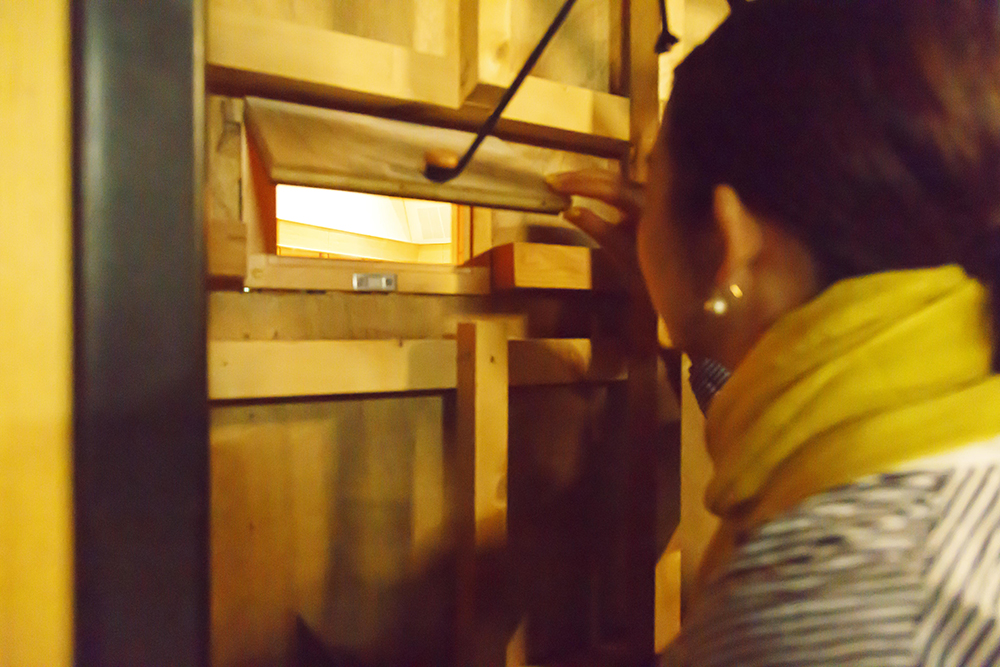 Dance lessons for concerts, plays, exhibitions ... Furthermore, the Isogo Ward Cultural Center Sugita Theater is popular for its summer festival, which is held every summer. 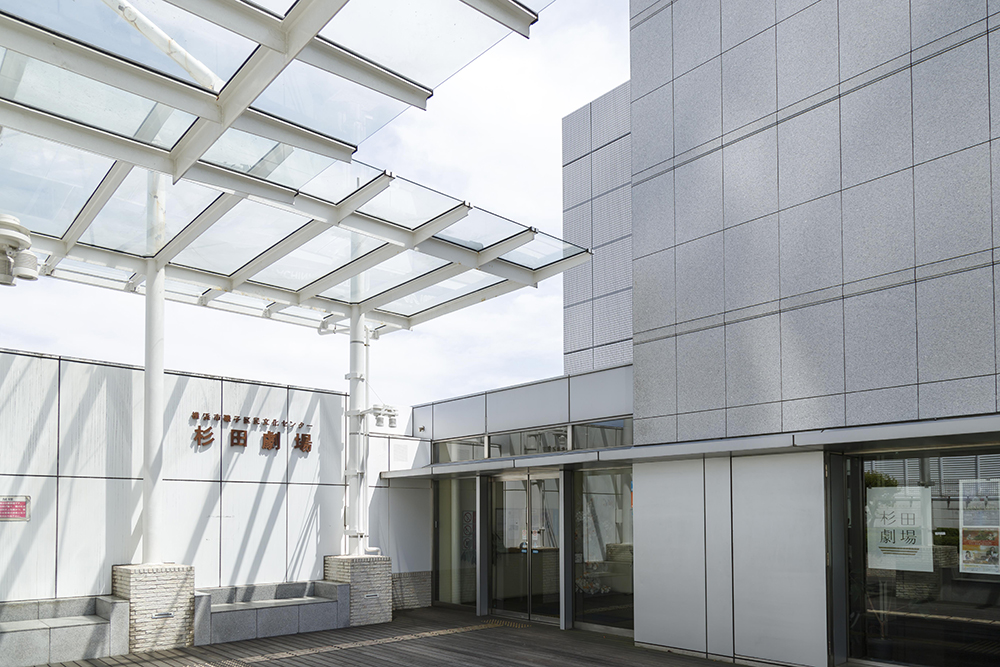 As we are aiming to be a "Citizens' Cultural Center" that contributes to community development that makes us want to continue living, there are many people who visited the exhibition on this day, people who sweat in the rehearsal room, people who enjoy music in the practice room, and so on. It was crowded with the users of. It seems that various events that you can easily participate in are held in each of the four seasons, so please come and visit us in the warm sunlight. Art is a place where people can feel closer to culture.