From Heisei to the future. A total of 18 stages challenged by “Niji no Moto” from Yokohama

Next, when I was looking for a performance lineup of various theaters and facilities, I was wondering what kind of work I would like to introduce to Magcal Dot Net, and there was a performance that attracted me a lot. It is unclear whether the analogy that "sansho is small and spicy" is correct, but although the audience seats are small and the space is small, ST that emphasizes interaction with various regions and discharges notable companies such as chelfitsch flapping to the world. It was a small theater called Spot Yokohama, so I was more concerned about it.
What I was interested in was the performance of Niji no Moto # 08 "Minato Mirai", but in 8 days, 18 stages were done. Nowadays, even in small theaters in Tokyo, there are few places where the number of performances overlaps so much, but I was very interested in this challenge, which has three performances a day.
One night after finishing the training of "Minato Mirai" which had just started, I caught Rake Kuma, the representative of the theater company. He was born in 1990, he's young! 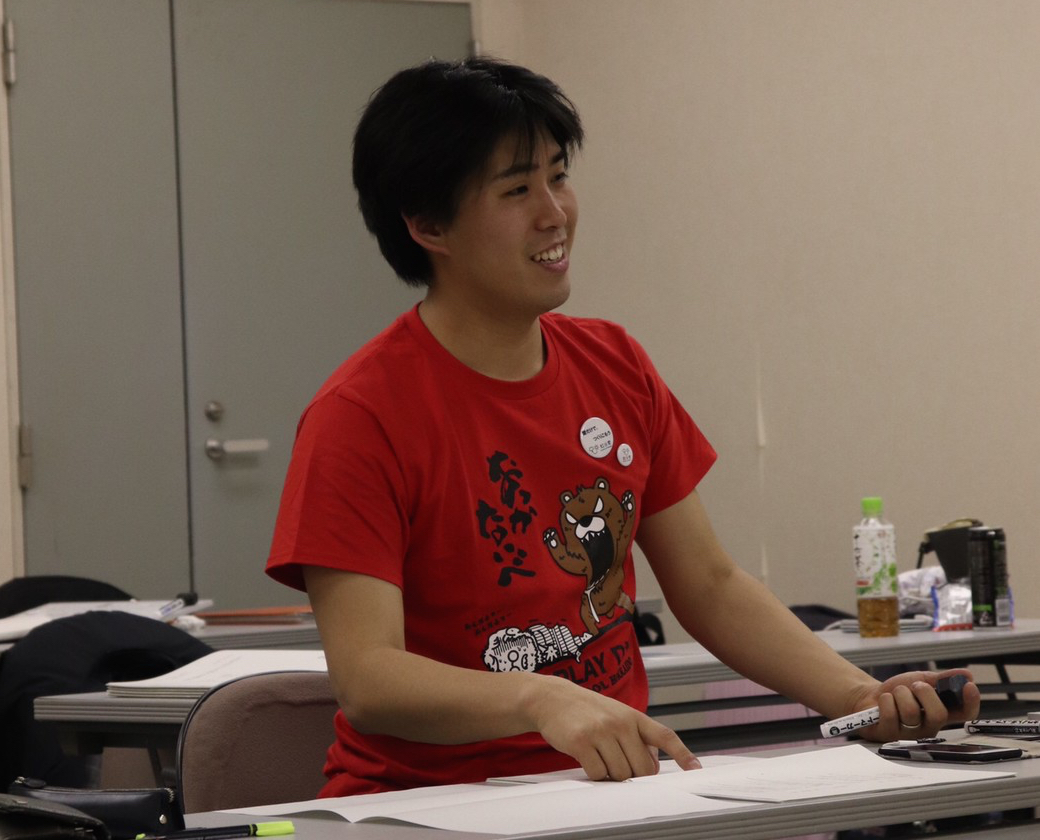 "I used to do about 7 performances in a week based in Lazona Kawasaki. But the challenge for this performance is that we have set various hurdles for ourselves to work as a theater company in the future. One thing is that we have to maintain the same quality of performance and workability no matter how many times we increase it. And usually, the performance starts around Wednesday and ends on Sunday. There is also the hope that we can increase the number of customers who come by word of mouth over the week. Both are certainly experimental for us. I am concerned that I am physically okay. I have a stronger desire to do it. "

No, I'm young, so it's okay. And you should climb the high mountains more and more now. 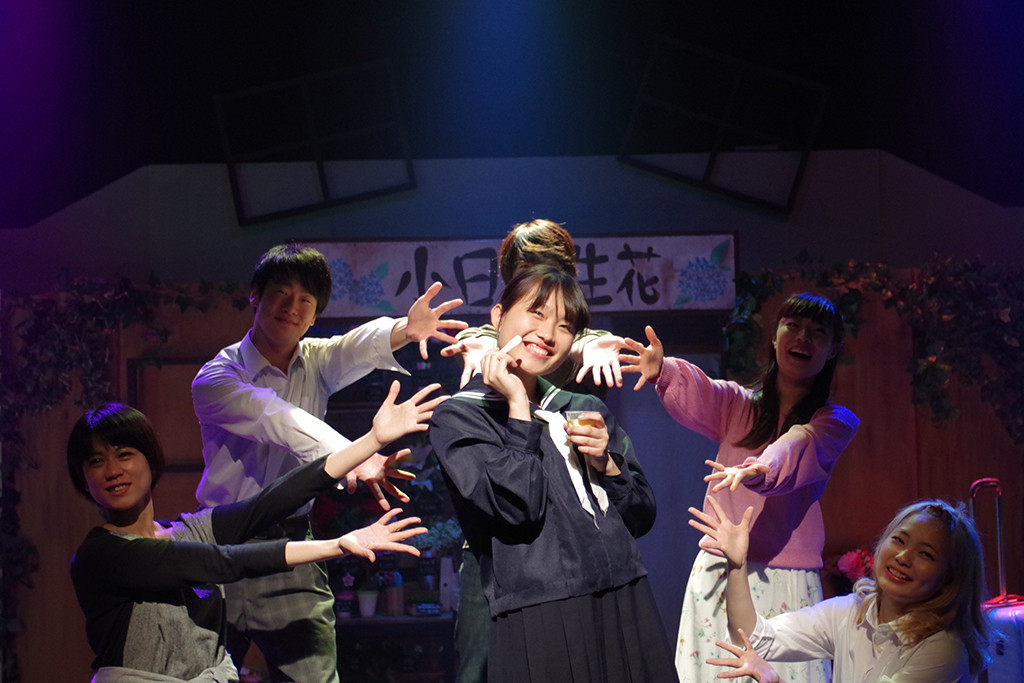 Kumate has appeared in ward musicals since junior high school, and was a theater enthusiast who started writing scripts as a member of the "Regional Theater Education Group Theater Company Hikobae". Volunteers from the Kanagawa Sohgo High School Theater Club founded "Niji no Moto" and reunited "Niji no Moto" after graduating from high school. So far, it was a period. After that, the members changed, and now they are active as the new "Niji no Moto".

"We have two concepts," Let's make it with love alone "and" Shine the tears. "The rainbow rains and the sun shines into it. It's like a miracle that can be seen only for a moment, and it makes me happy to find it. It's the same with people's hearts, and even if there is sadness, if there is love there, you can cast a rainbow. The rainbow that touches my heart can make someone's heart shine again. I am aiming for a work with such a message. " 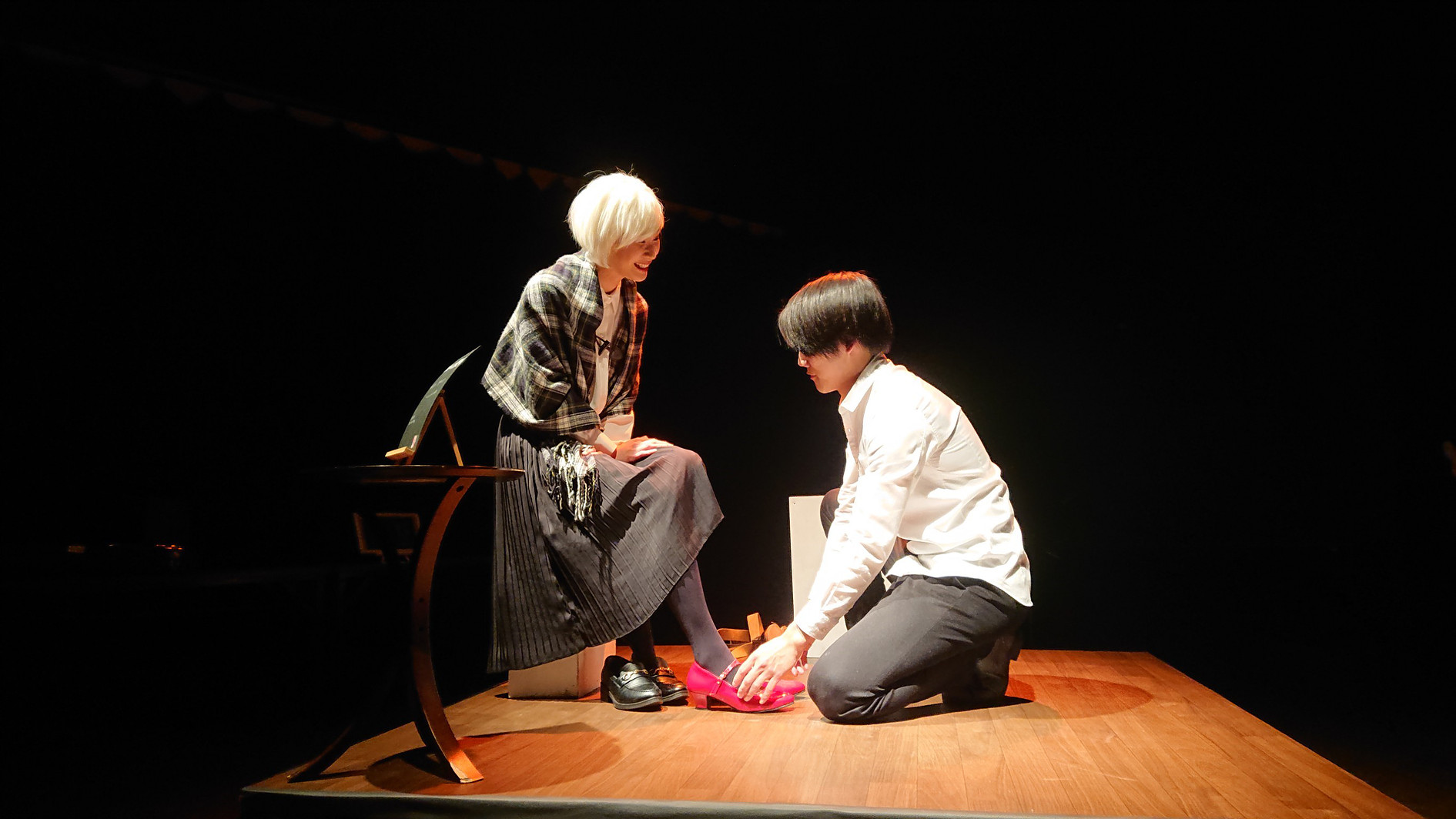 The visuals of the leaflets have a world view similar to that of a serialized shojo manga, and they are somewhat familiar, but this time, it was the first time that photographs were used.
The new work "Minato Mirai" is said to be a city-themed work. That's why I used pictures of the city. 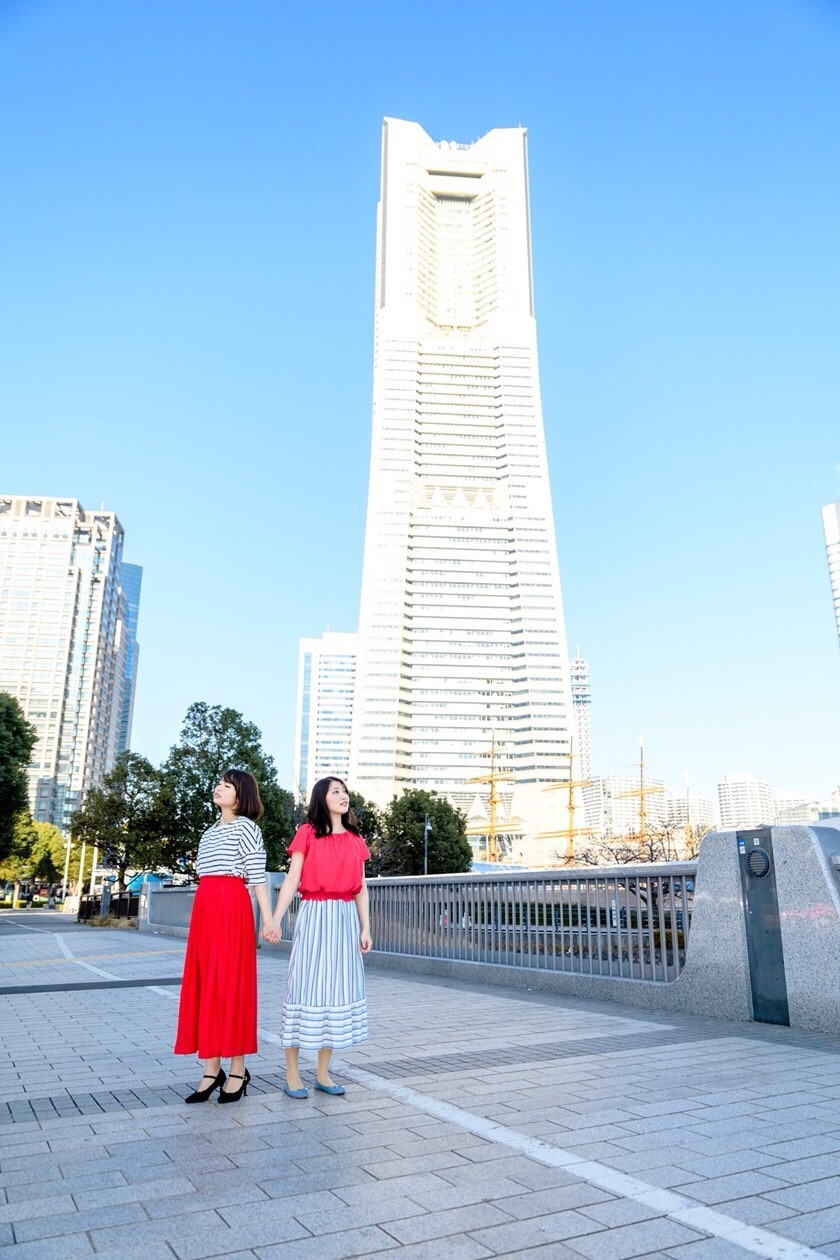 "We've been in Yokohama for a long time, but we're getting along well with theater people in Tokyo, and people often say,'We should do it in Tokyo.' But let's go to Tokyo. I don't think. I want to invite customers to Yokohama. Then, I reconsidered why I'm going to Yokohama and what is the significance of doing it in Yokohama, and this time, there are various breaks and milestones. Since it was a laid-back performance, I decided to reiterate that "we are a theater company that will do our best in Yokohama." I'm sure that we will continue to make works that are rooted in Yokohama. "

It may not be the future that everyone dreamed of at that time
No matter how much we change, we have lived here
"Minato Mirai", a music unit for two girls born in 1989 and raised in Yokohama
The two aspire to the path of music and make their debut in the third year of high school.
They didn't know the taste of sake or the scent of men yet.
I started running with just the momentum of an extension of the light music club.
It's been 12 years since then. They are also 30 years old.
The end of Heisei. "Minato Mirai" to go on each path
It will be dissolved with the last broadcast of a radio program that has continued for many years.
"Now, what should I talk about?"
"We have no future to talk about."
"Still, let's talk. Minatomirai."
The city of Yokohama, the era of Heisei, and the new future.
A bridge between wishes for the future and happiness presented by Niji no Moto.

"There was a music unit from Kawasaki called RYTHEM that had disbanded. I made my debut when I was a junior high school student, and while I was active until 2011, I made a major debut and released four albums. The steps of those people were very dramatic for me, and I wanted to make a work modeled on them. So I set up a fictitious unit called "Minato Mirai". That's why it's not a musical, but there are a lot of songs coming out. " 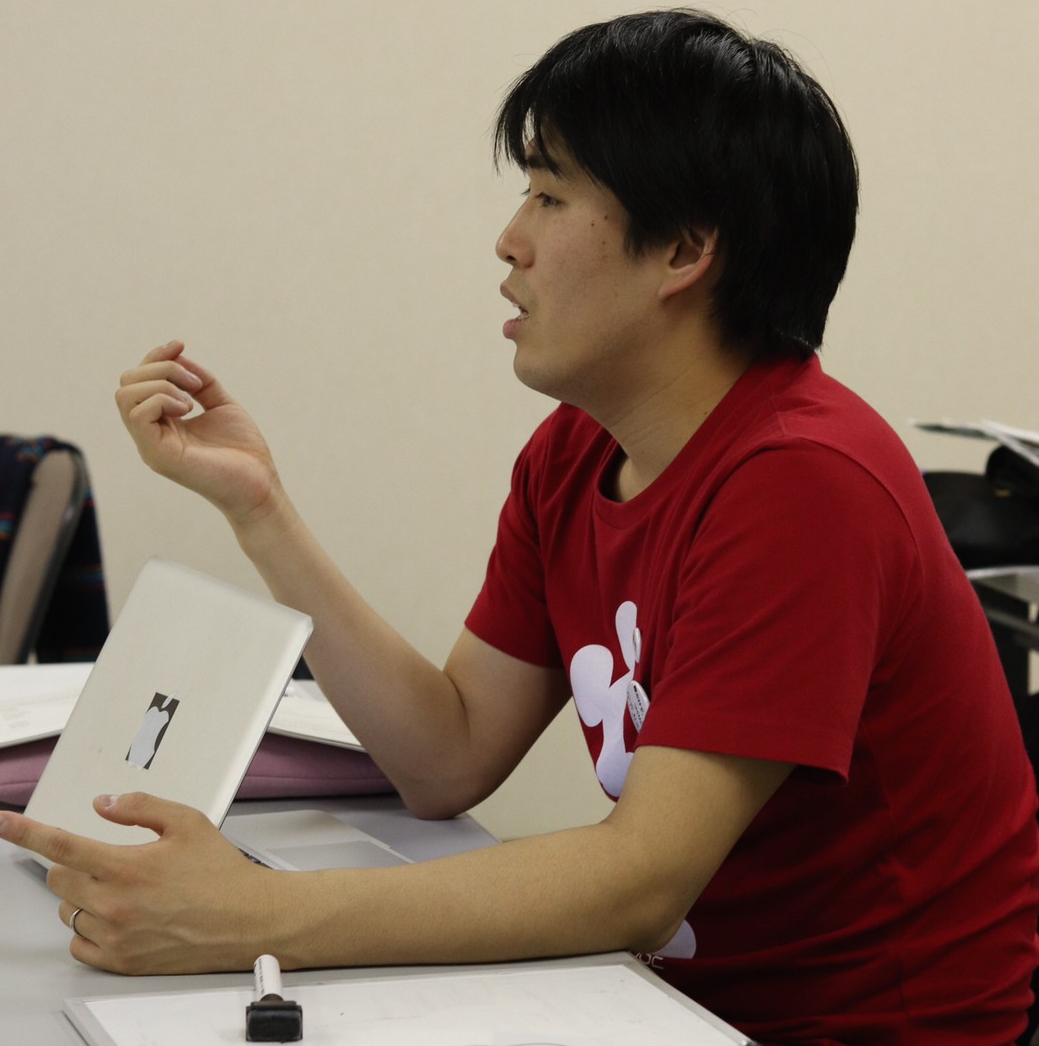 Let me introduce the comments of the two leading actors, Ayaka Ito, who plays Mina, and Eri Kimura, who plays the future.

"I think this story of Minatomirai will be a very big turning point in Mina's life. Mina's feelings, which are not often mentioned in the dialogue, are actually filled in the story. Please come and see me. I hope that you can convey emotions that cannot be expressed in words. So that I and Mina can synchronize and move without any lies. I am working hard with that in mind. Anyone can sympathize with me somewhere. It's a work. Please come and see it! "(Ito) 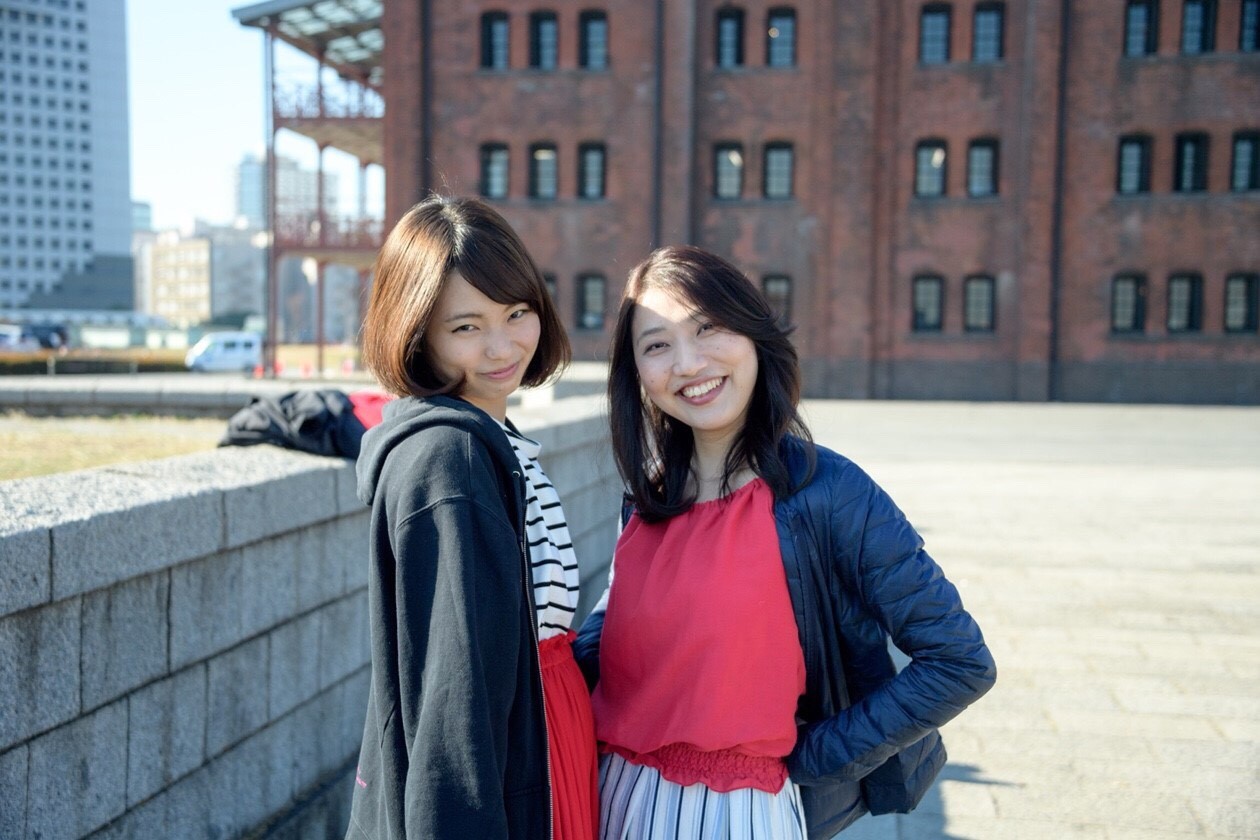 "Nice to meet you. I'm Eri Kimura, who plays the role of the future. When I first read the script, I felt that I was very happy to have someone who could understand my feelings about future music (laughs). Then, there are lots of nostalgic songs that color Heisei and songs made for this stage, and music is one of the pleasures. It's 75 minutes with plenty of love and no time to breathe. Please look forward to it ☆ ”(Kimura)

I asked the rake about the work again.

"The theme is something like a generation or a way of life in the future. A new era will be announced as soon as the production of" Minatomirai "is over. The city named. What was "Mirai" at that time when we lived? And let's go to Mirai with everyone. I would like to share such thoughts with you. It is a work that is full of our various challenges. I hope you can see it. "