Double Planet Episode 1 "The day will come when you realize that one step was a big step" Satoru Aono (Furutajun & Yota Kanda / Radio Shonan Personality) A life that was enthusiastic about club activities and a life that chose the homecoming club. About the superiority and inferiority that the choice brings. In the era of diversity, life cannot be influenced by club activities. I (Satoru Aono), a 16-year-old philosopher, thought so. At the end of the day's class, I wander around Fujisawa Station before returning home. While I was playing with my smartphone, the night came, I finished my homework and lay down on the bed. I feel like I had a dream while I was sleeping, but I can't remember what it was. Every day, only the unclear and uncertain days are archived more and more. "No … I can't stand it anymore," he said in December. Someone said that high school life was so quick. The new year is 2020. The first grade will be over in three months. That was true. Actually, I have almost no memory so far. It's time to retire from a quiet philosopher. It's not the case when you pretend to be enlightened and are aging. I was finally ready to accept a fact. "I wanted to do a band." When I became a junior high school student, I received a declaration to lift the ban on the Internet and gained the freedom of the Internet. I spent listening to all kinds of music. The entrance is J-POP. From, to rock, EDM, Western music via anime songs and game songs. I listened to music endlessly. He messed up the music like a hungry monster. As I listened to it a lot, I gradually realized my taste. Apparently, he likes the arrangements and sounds that are played in a rock band called "band sound". To put it simply, it's a cool guy. However, I have never played in public where the band wanted to do it. In the first place, musical instruments are castanets and recorders that were taught in compulsory education.Outside is not specialized. Still, I'm only interested. This feeling is real to see where it's hard to leave. "I want to do a band" What happened to me if I had chosen to join the light music club that April? I didn't think I could get along with my classmates who didn't like the taste of music (I think it was selfish). I'm sure I was there, but I didn't have a place in the light music club (I wanted to affirm my irreversible life by thinking). I think too much. bothersome. Can you do a band by yourself? No, isn't it a band anymore? Then what? What will happen to me? I'm in the second grade without doing anything, the third grade is coming, and my high school life is the finish. I don't like it. The goal tape cannot be cut as it is. I understand only that. But I wasn't sure what to do or what to start with. Saturday dusk without school. I decided to go to a musical instrument store impulsively. When I searched on the net, it was near Fujisawa station. Yuko-dori leading to Yuko-ji Temple in the direction of the north exit, which is usually not accessible. Unreliable illuminations that were out of season were lined up. 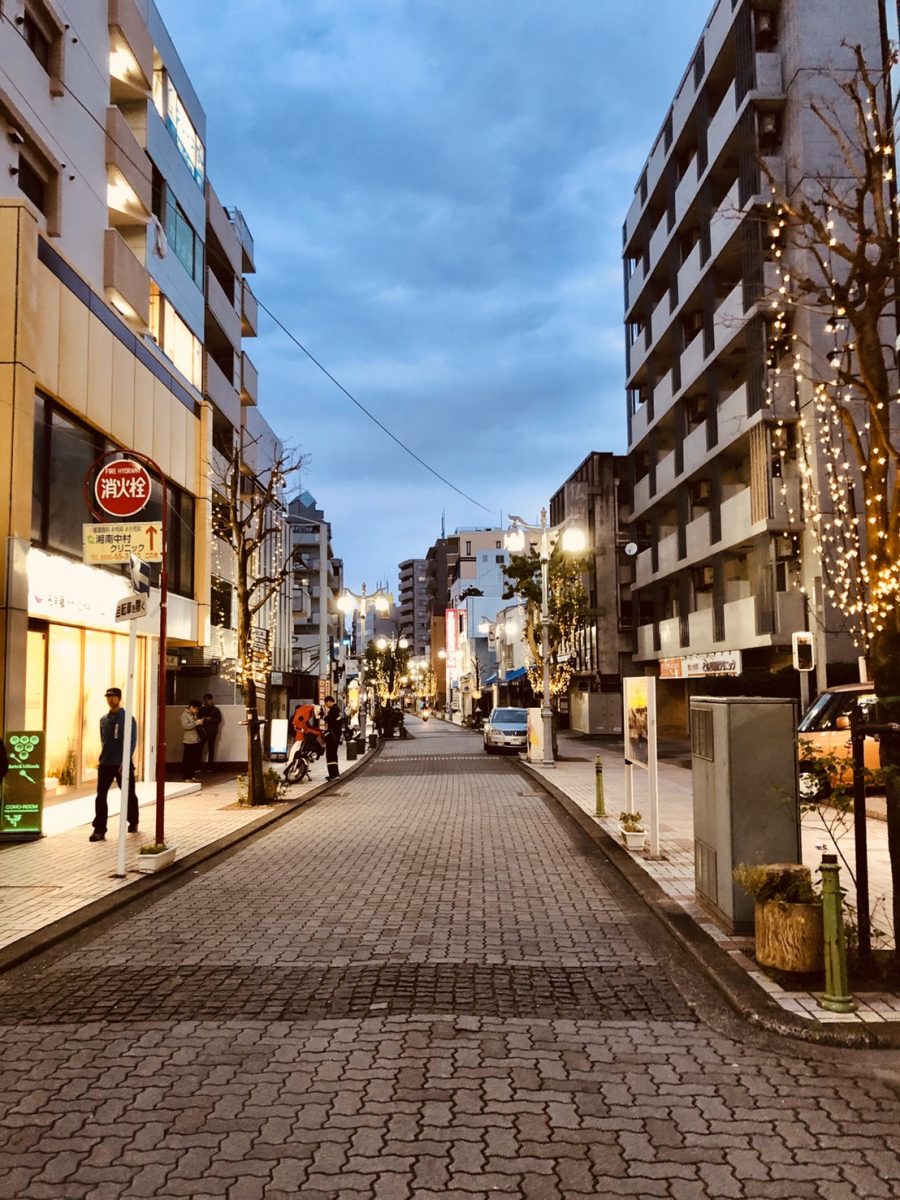 Is this the first move in anticipation of the coming Valentine's Day? Or is it just laziness? I don't know what I'm aiming for. As I walked steadily, I found "Wakaizumi Musical Instrument Store". 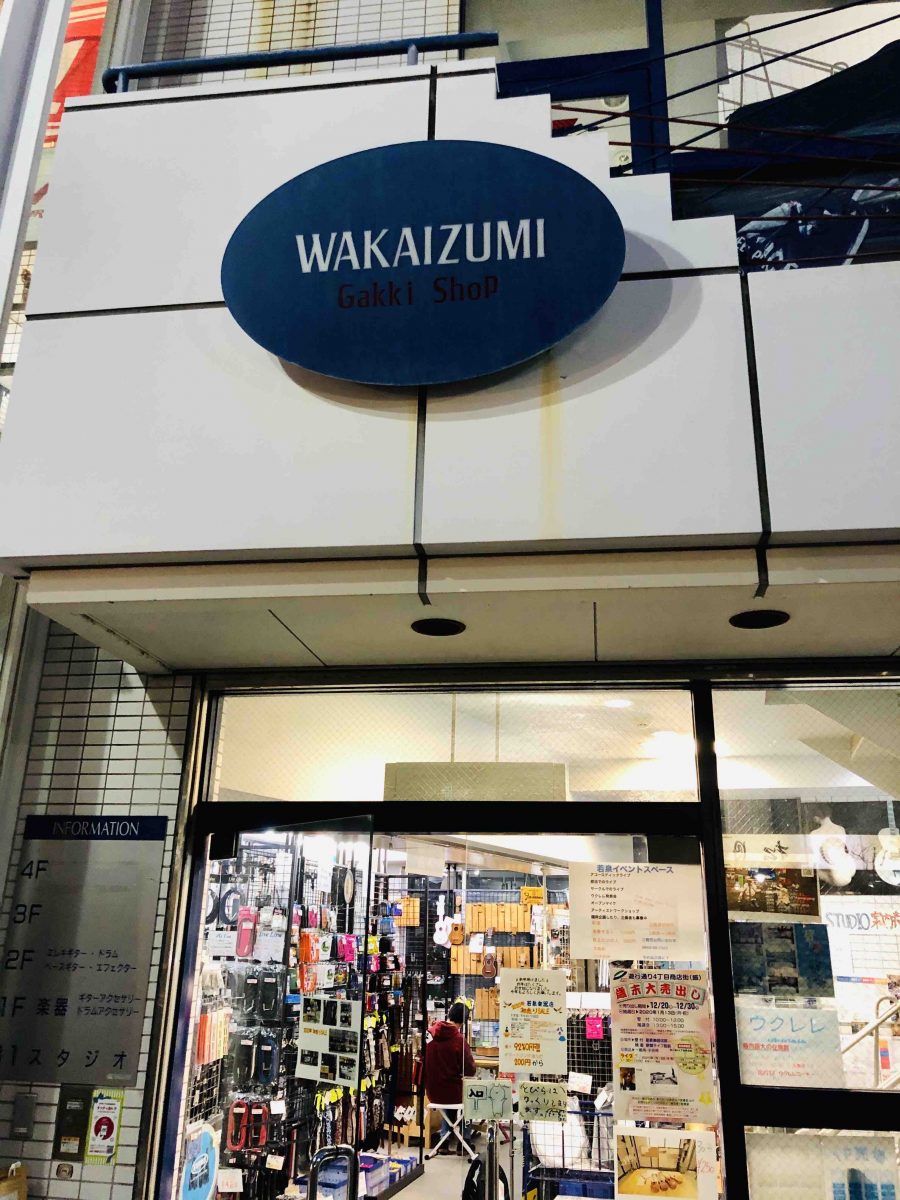 It was nice to come, but suddenly a strange tension rushed in. PasserbyWhile pretending to be, I will ask you about the inside of the store through the glass. I go back and forth in front of the store many times and repeat the glance. Apparently a suspicious person. Can you open this door or not? I'm so worried that I'll die for just that. I'm a completely sneaky guest today, not bringing money. Is it okay for such a customer to enter? After all, shouldn't we go home? Think again. Let's do it again. This time again. Like … "Poron, Poron" I heard the tone of the guitar from inside the store. A customer who is happy to try out the guitar and a clerk staring at it. Will I miss the chance to change myself again? If I run away now, I feel like I'll never come here again. It has always been the case. There is no such thing as "again". here. My step is now on the other side of this door. "Now," I touched the door so that I could be sucked in, and it turned around, and when I noticed, I was inside the store. 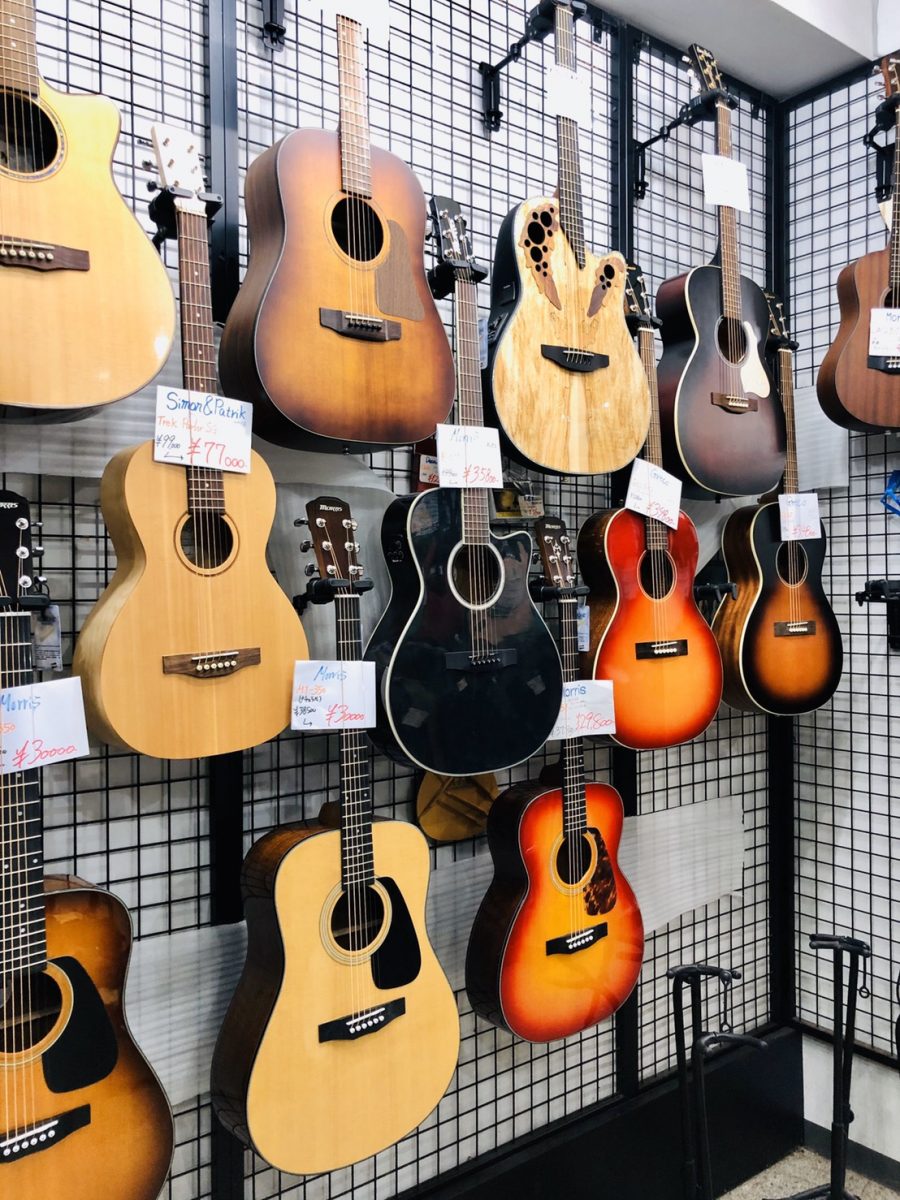 Looking at the acoustic guitar hung on the wall, I am fascinated by the beauty of the body. The texture is completely different from what you have seen through the internet. It shines so much that I look into it and reflect it on my body. 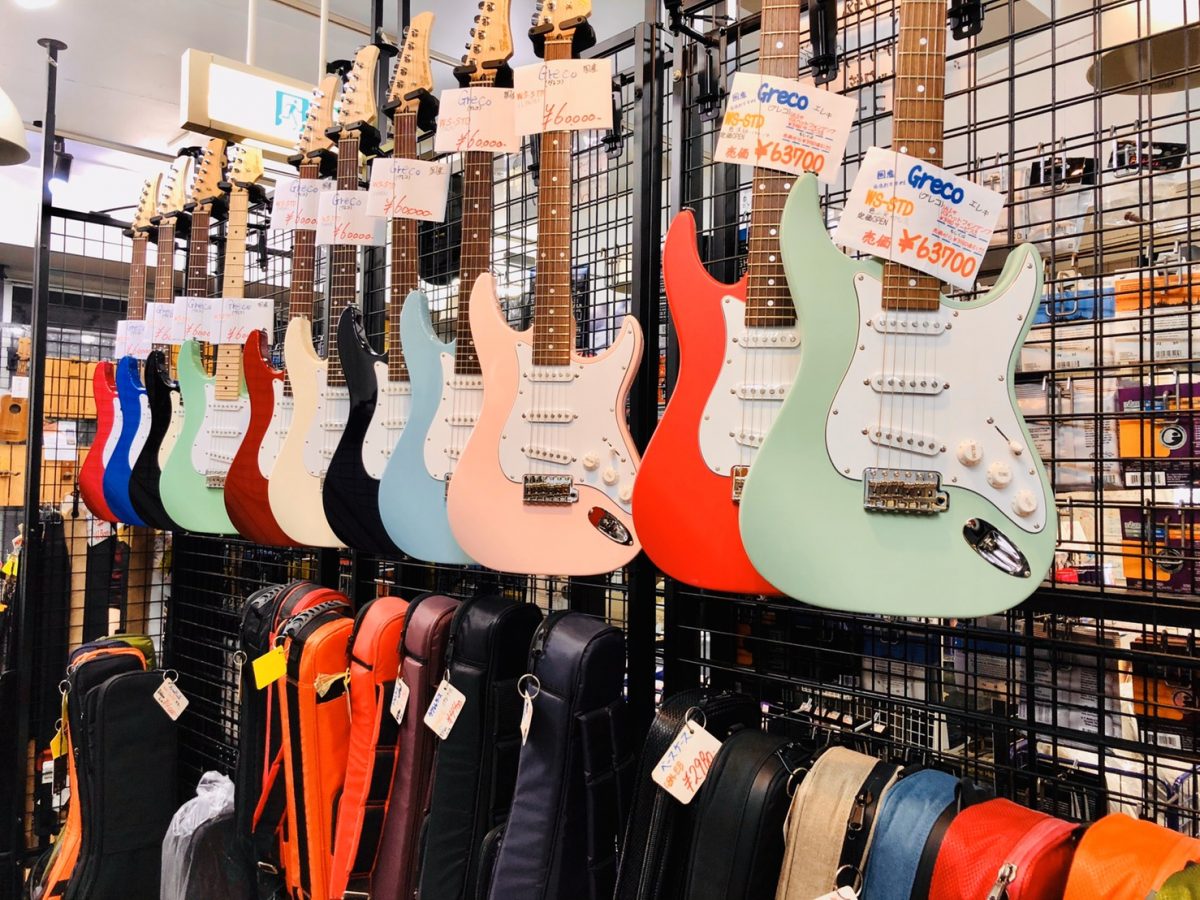 Looking back, electric guitars were lined up. The pop and vibrant shades reminded me of the 24-color pastel I had when I was a kid. Even though it didn't pop, I wanted to pick it up and put it in parentheses right now. I wanted an instrument for the first time. No, do you want a guitar instead of an instrument? I think that is also different."I want my future playing this in public someday." I left the store in a state of absentmindedness. What happened to Alice after she came out of the hole in "Alice in Wonderland"? Even though I wasn't Alice, that kind of thing went through my head without any context. I decided to go back to the station on Yuko-dori. Is the first one an acoustic guitar or an electric guitar? Or both? No, I'm getting too sick. Either one. "Which one is better?" First of all, how should I make money to buy a guitar? It was when I started thinking about that. 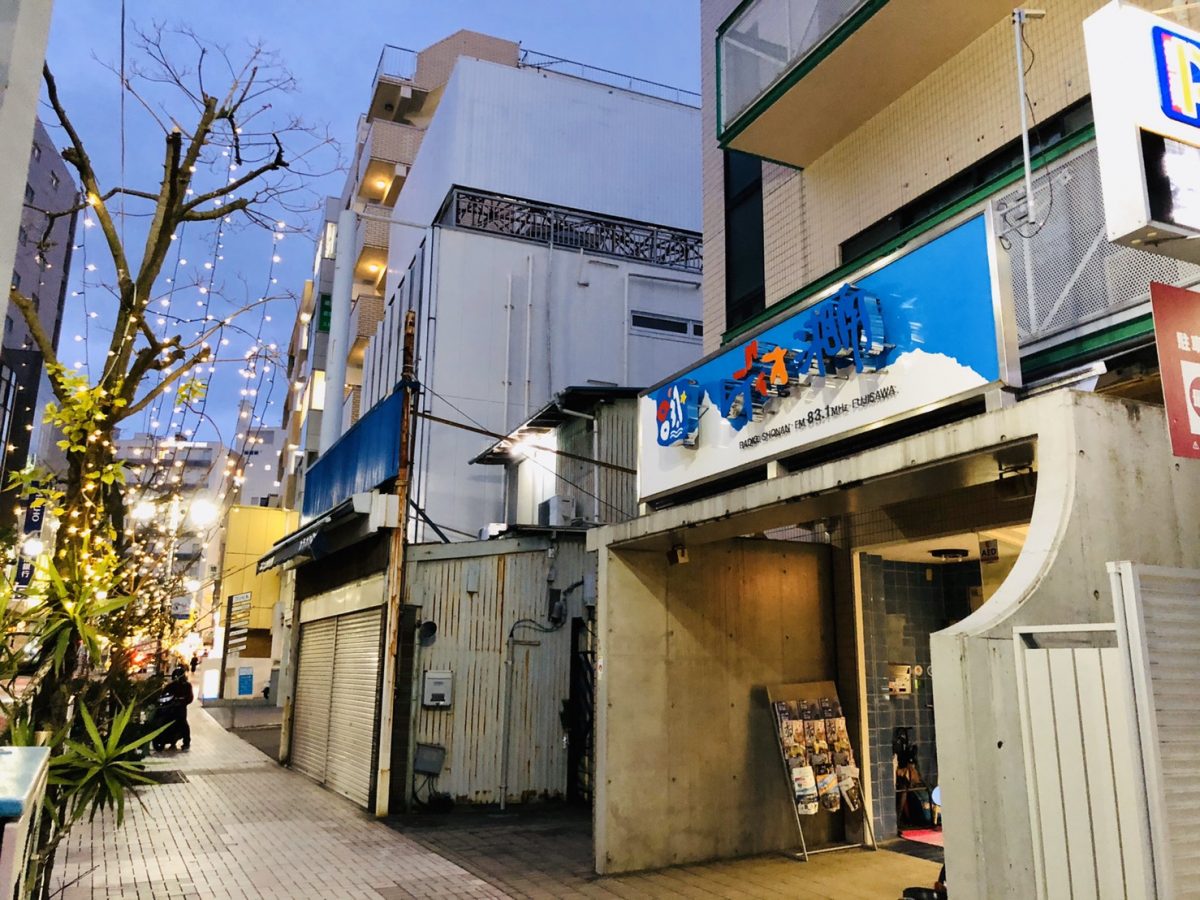 I heard the phrase "Double Planet" from the radio station in front of me. "to be continued"