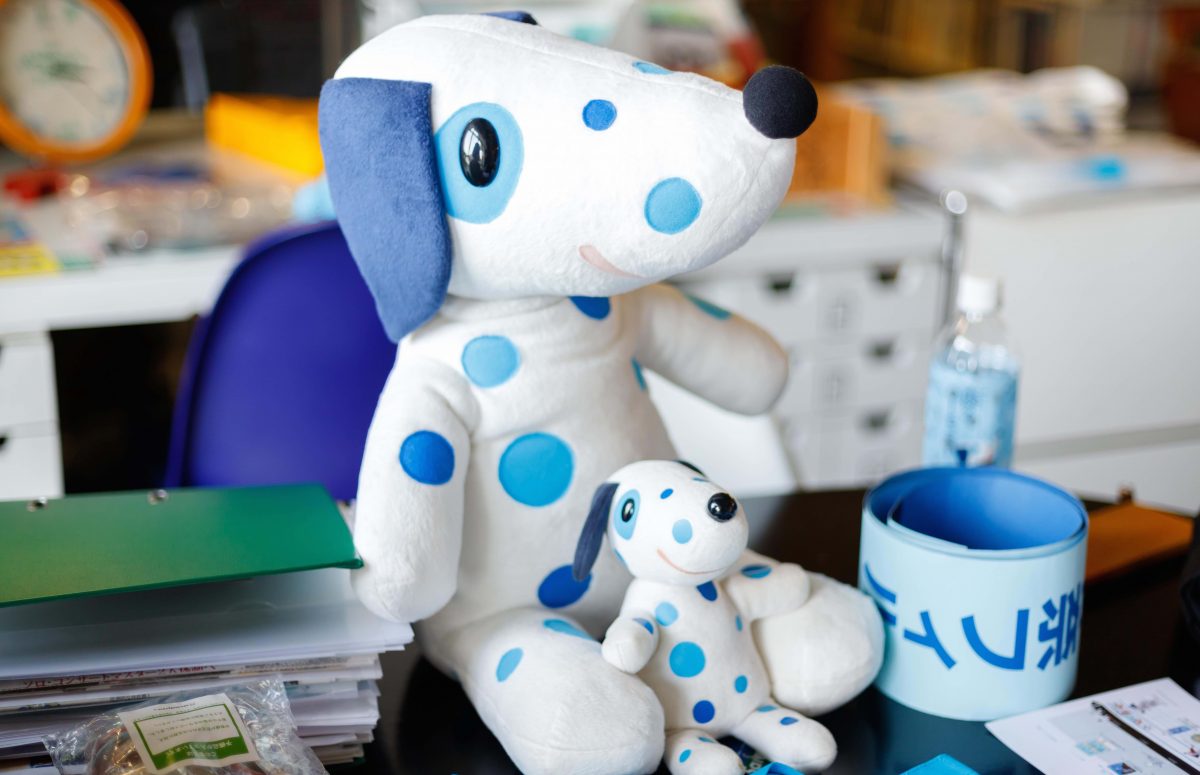 Who is Brudal, a supporter who loves the Kanagawa Philharmonic Orchestra? 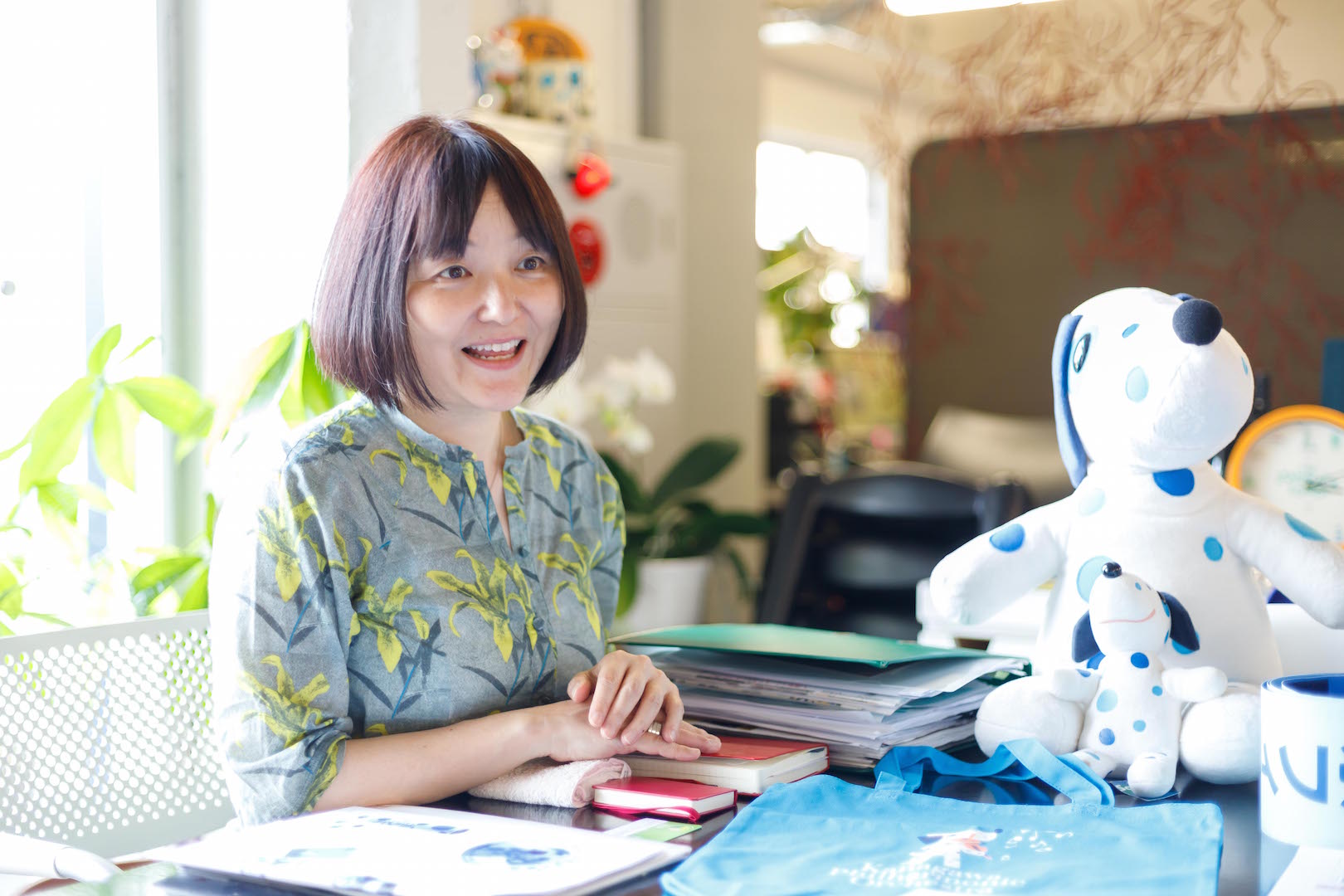 "With the opening of the Minatomirai Line, there was talk of creating a symbol that symbolizes Yokohama again. While exchanging ideas, I focused on" Dalmatian was once the leading dog for carriages in the West. Inspired by this episode, Dalmatian was selected as a symbol to welcome customers in Yokohama. The "Yokohama Blue Dalmatian Project" was launched by the government, local shopping districts, department stores, etc. (Mr. Tanaka) 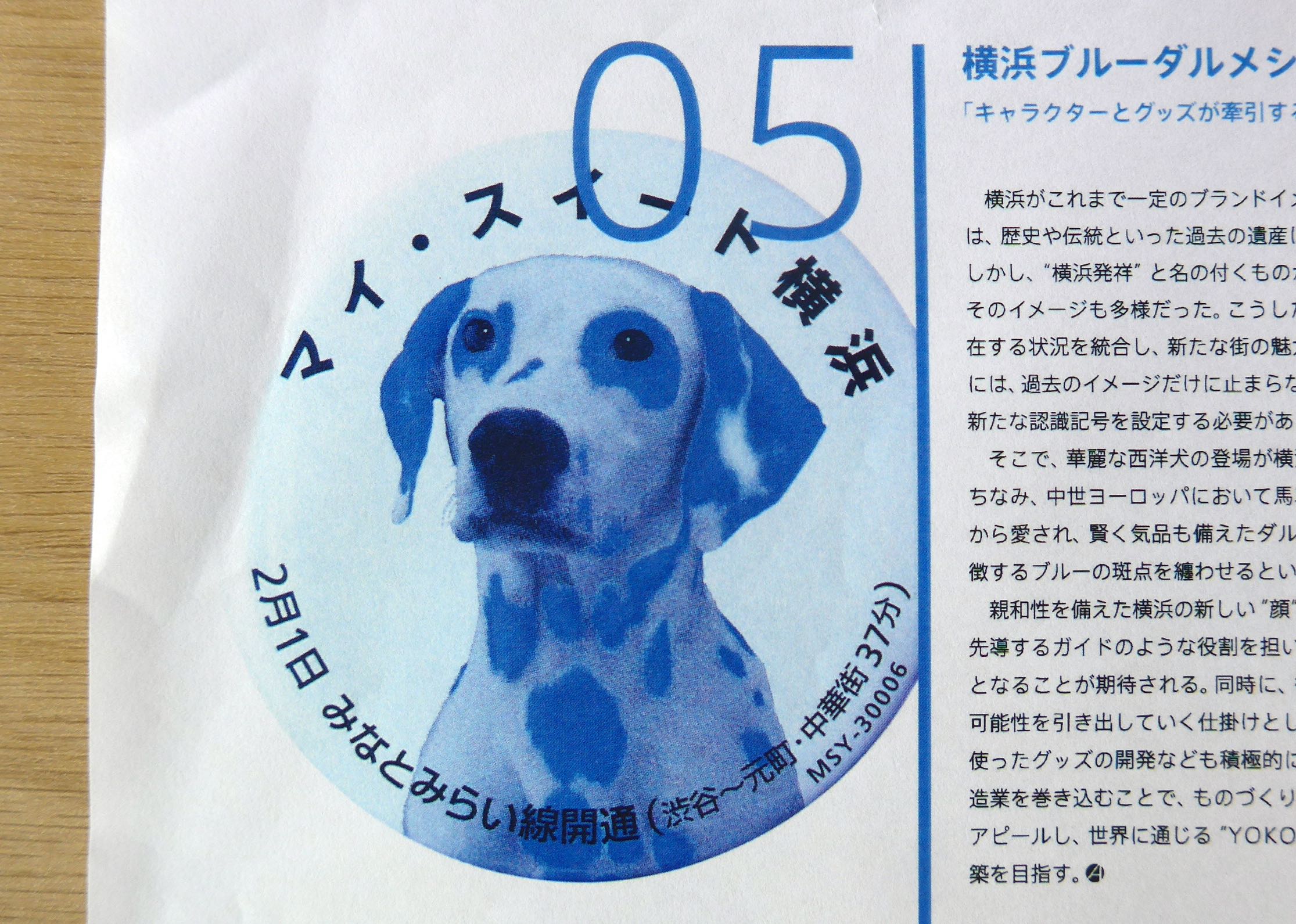 Certainly, the agile and elegant Dalmatian is perfect for the image of Yokohama. Therefore, Dalmatian wearing blue dots appeared as a character of the campaign. However, at the beginning, the key visual was Real Dalmatian, which was color-converted by CG. 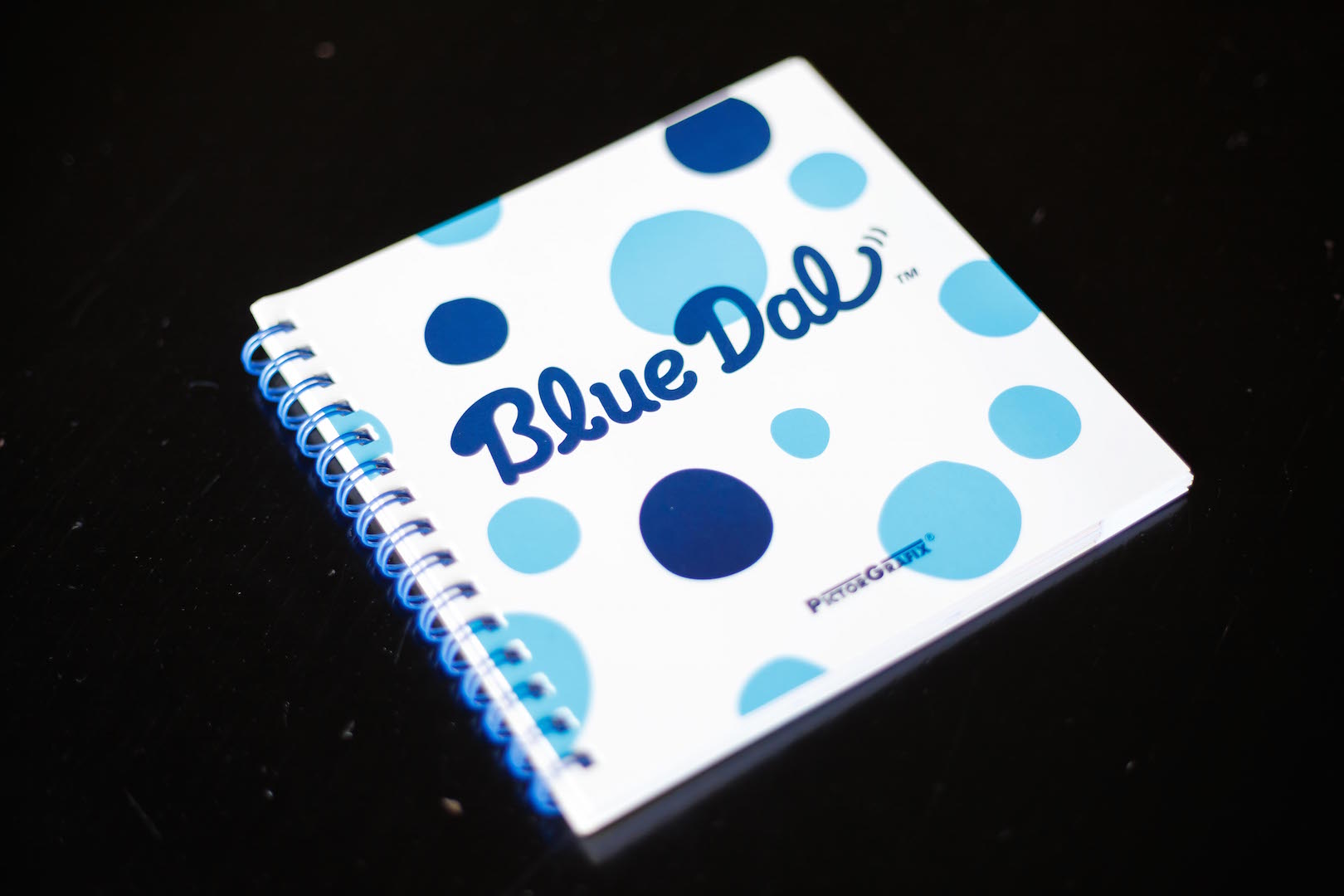 After that, when NDC Graphics held a design exhibition, the idea of "I want to develop characters that appeal to the Yokohama brand" deepened. A character called "Blue Dal" is born by a designer unit led by the late Kenzo Nakagawa.
Yes, Blue Dal was named after the image colors of Yokohama, "blue" and "Dalmatian." 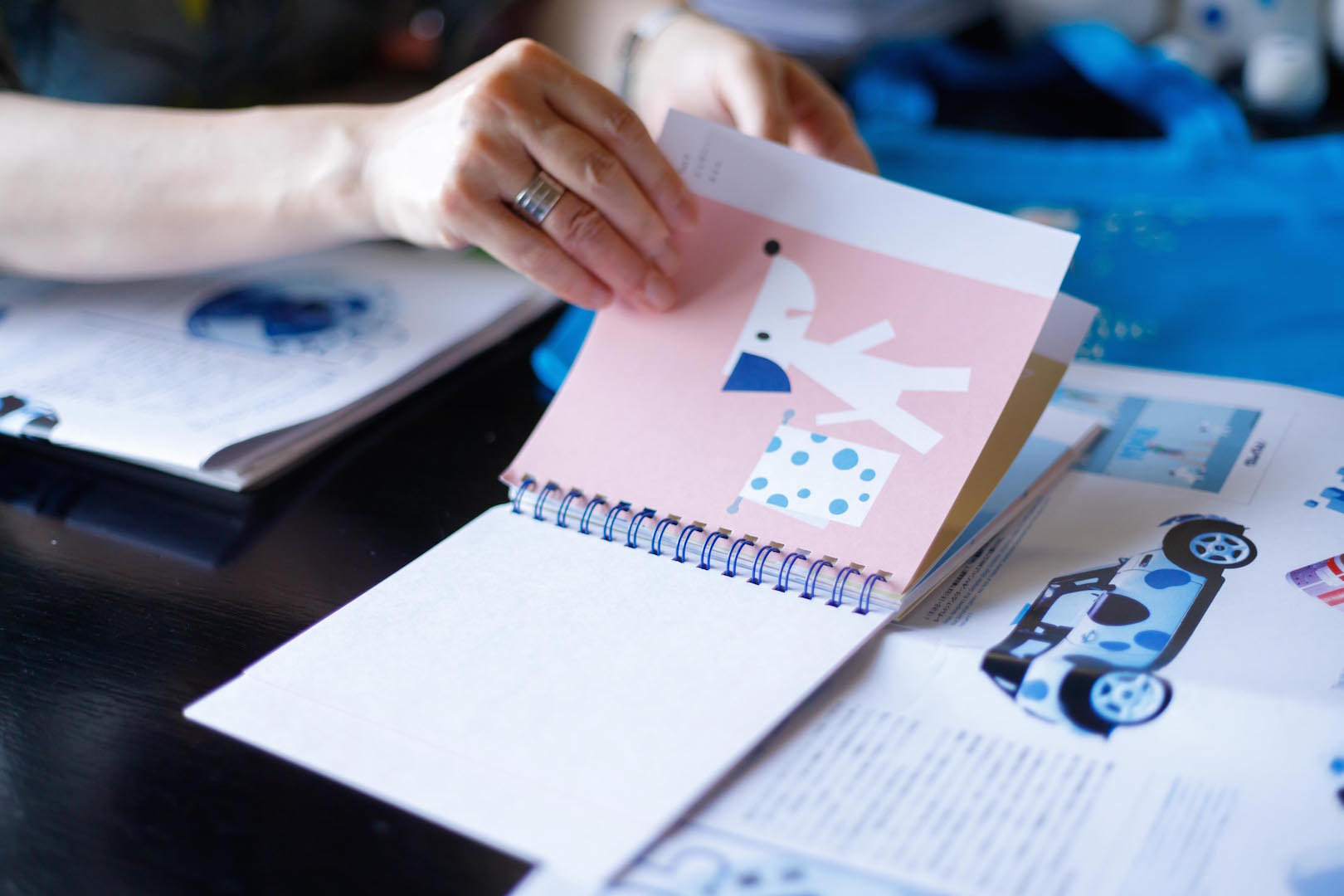 First of all, I made a picture book to grow up as a character that will be loved for a long time. Picture books without letters are intended to be familiar to a wide range of people regardless of age or nationality. 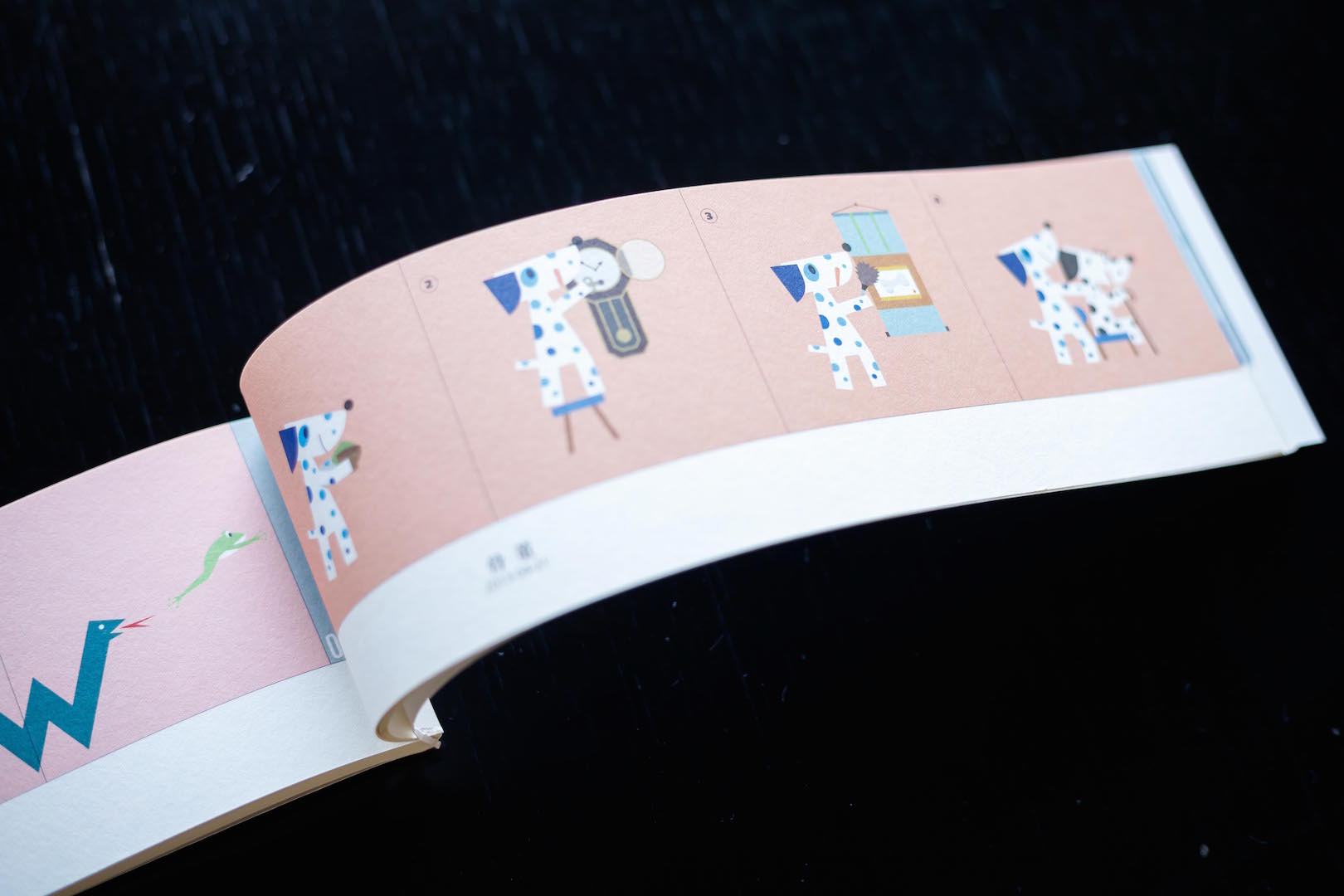 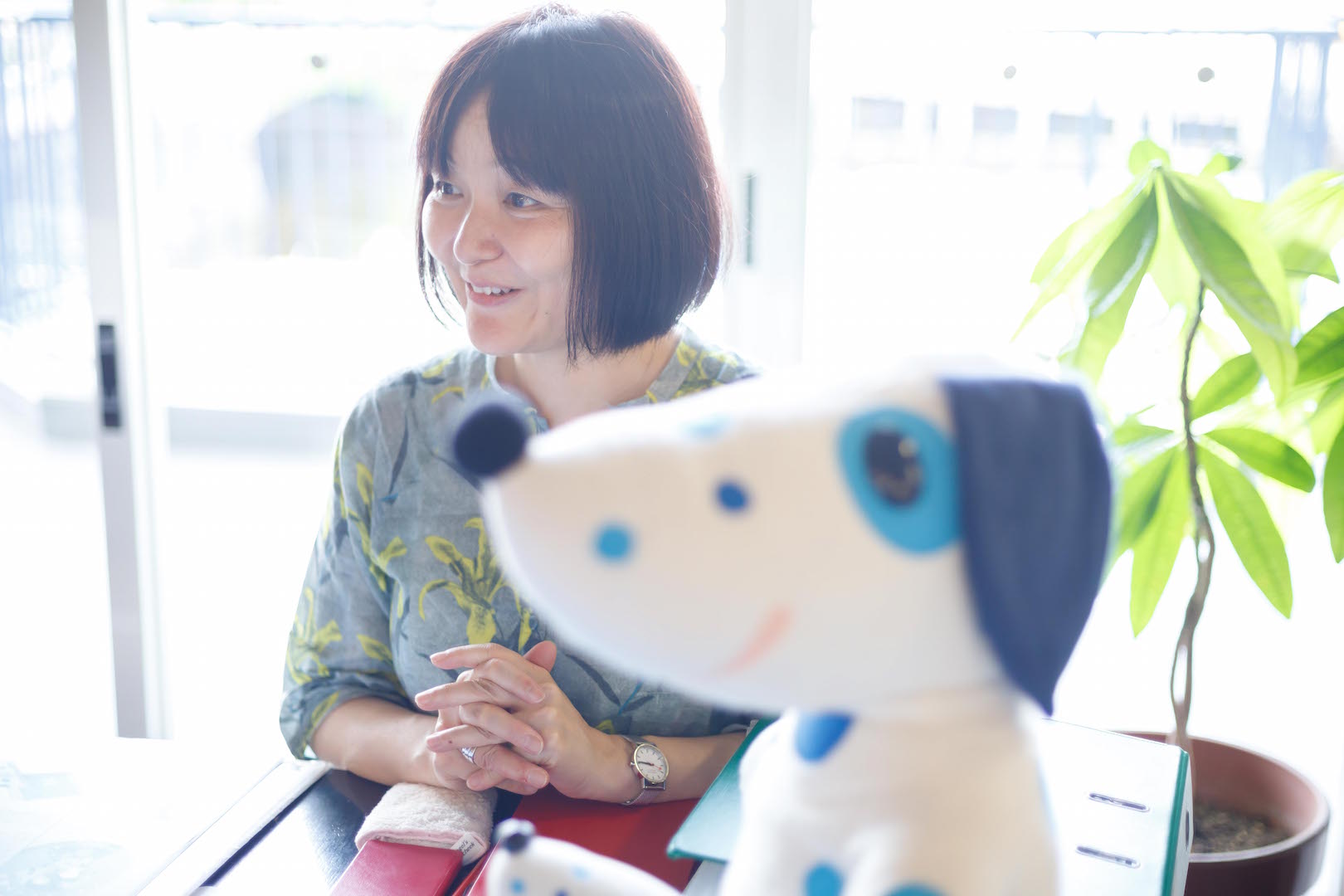 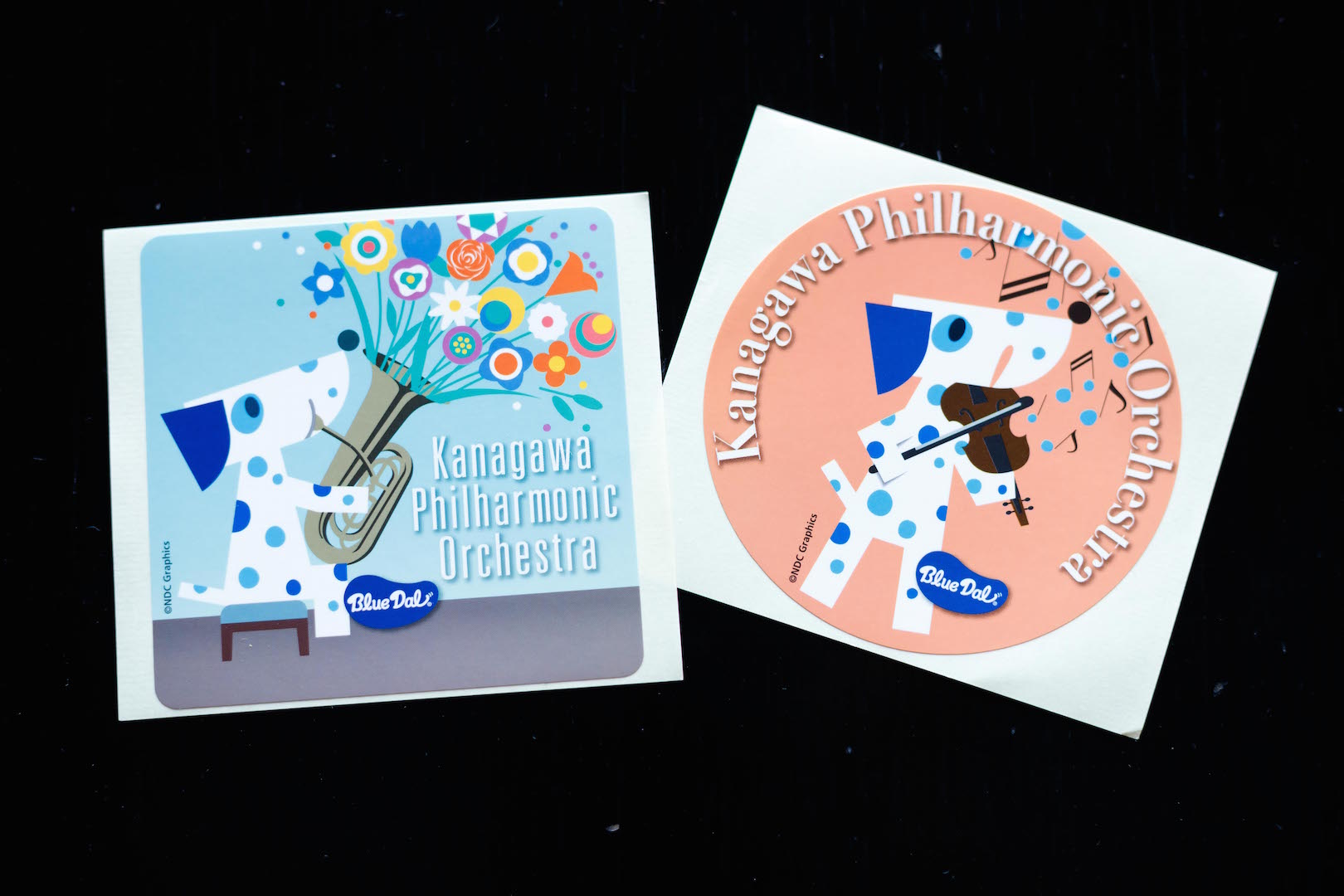 Furthermore, in February 2011, the "Bluedal Fund" will be established to support the Kanagawa Philharmonic Orchestra.

"Due to the reform of the public interest corporation system, the Kanagawa Philharmonic Orchestra had to move to a public interest corporation by the end of November 2013, but the financial situation at that time was very difficult and it was difficult to survive as it was. Continue music activities I thought that I had to ask the local people for support, so I considered opening a fund bearing the name of Brudal . I consulted with Mr. Nakagawa and only agreed with me, so the "Bluedal Fund" was established. "(Mr. Taga) 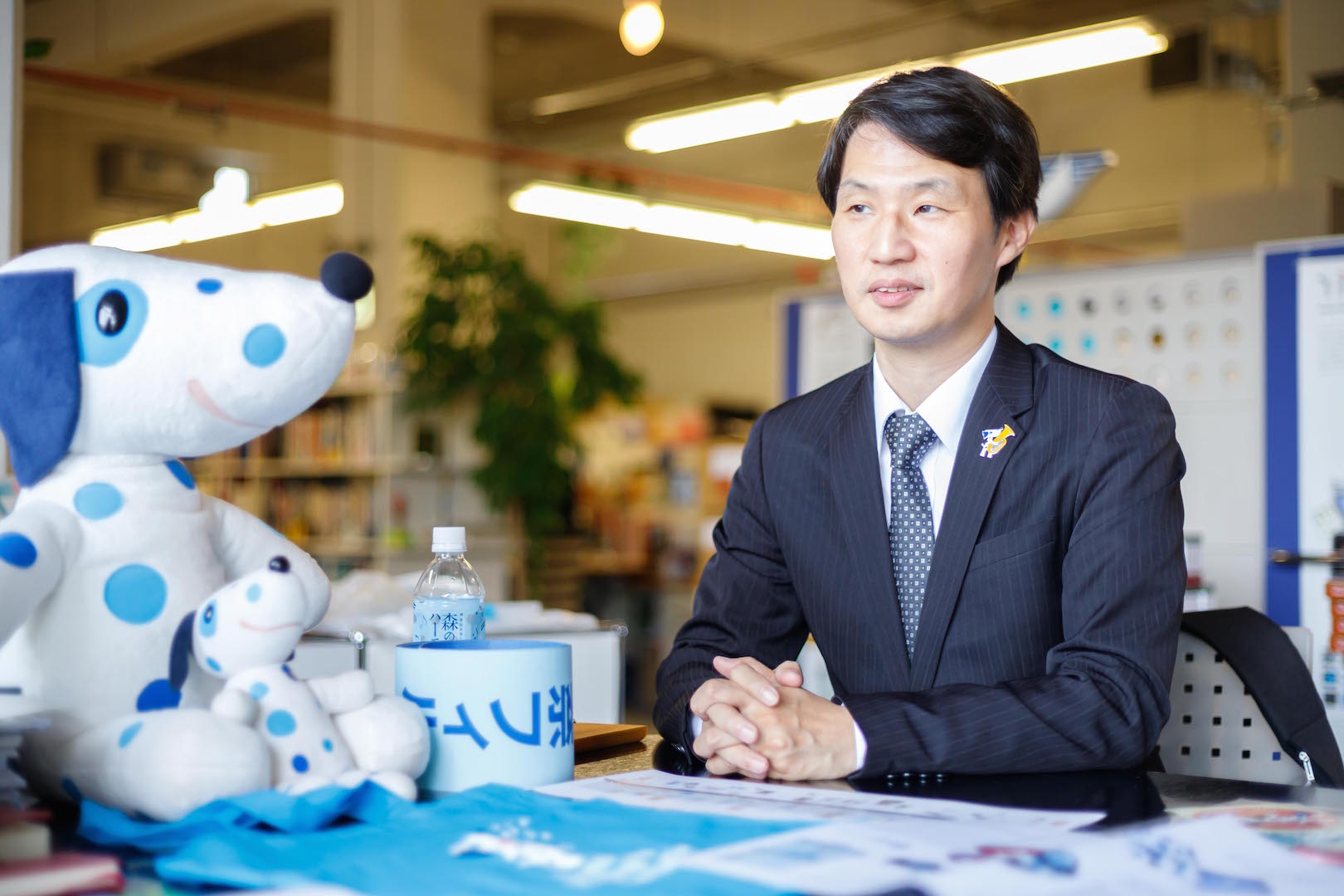 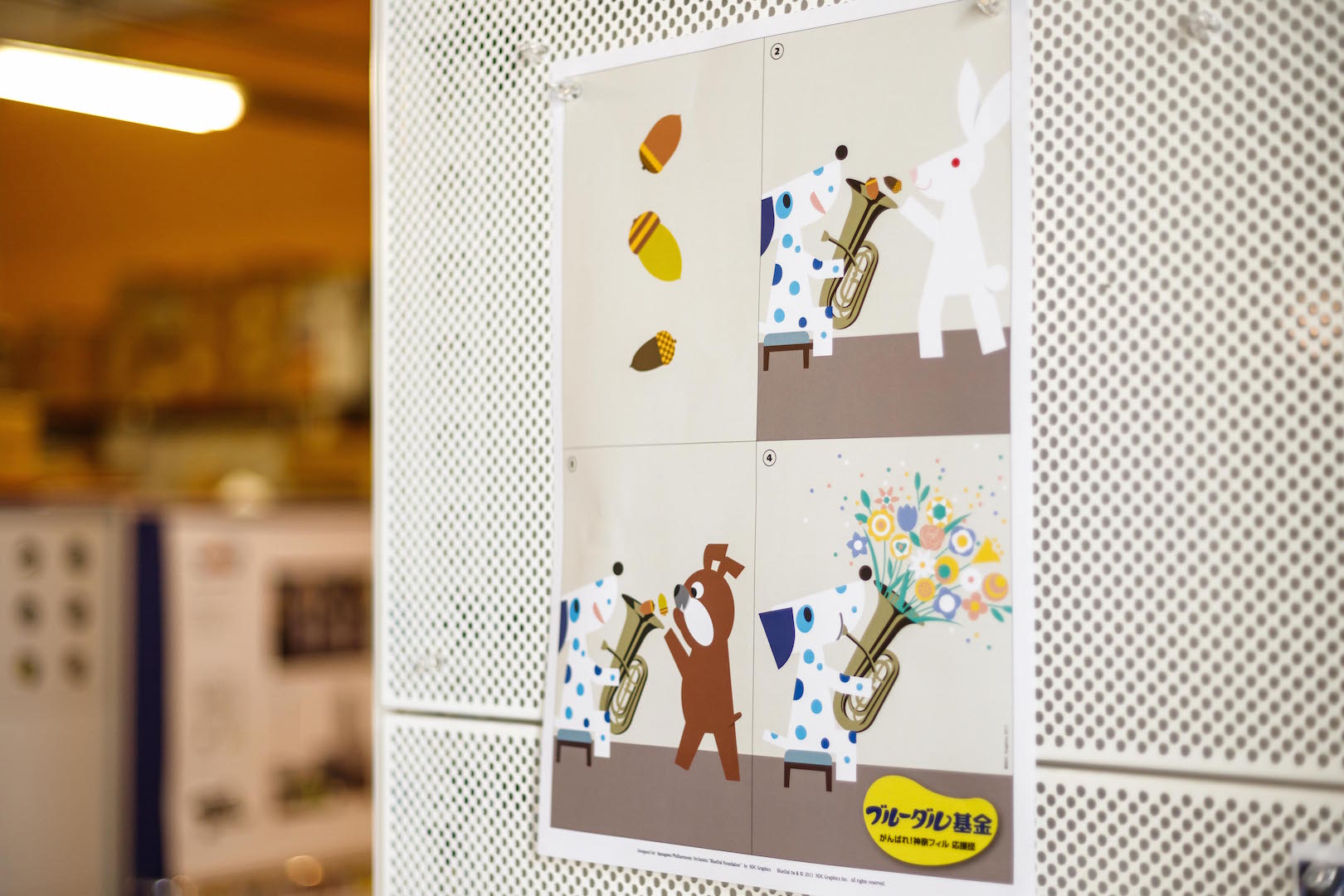 The story is that when Brudal 's friends "donate" acorns into the tuba, beautiful flowers will eventually bloom from the tuba played by Brudal.
"In response to this story, I had the idea of putting an old tuba in the concert hall instead of the donation box. It seems difficult to collect coins later, so it didn't happen (laughs). ), I think it was an opportunity to work positively on fund-raising activities. "(Mr. Taga) 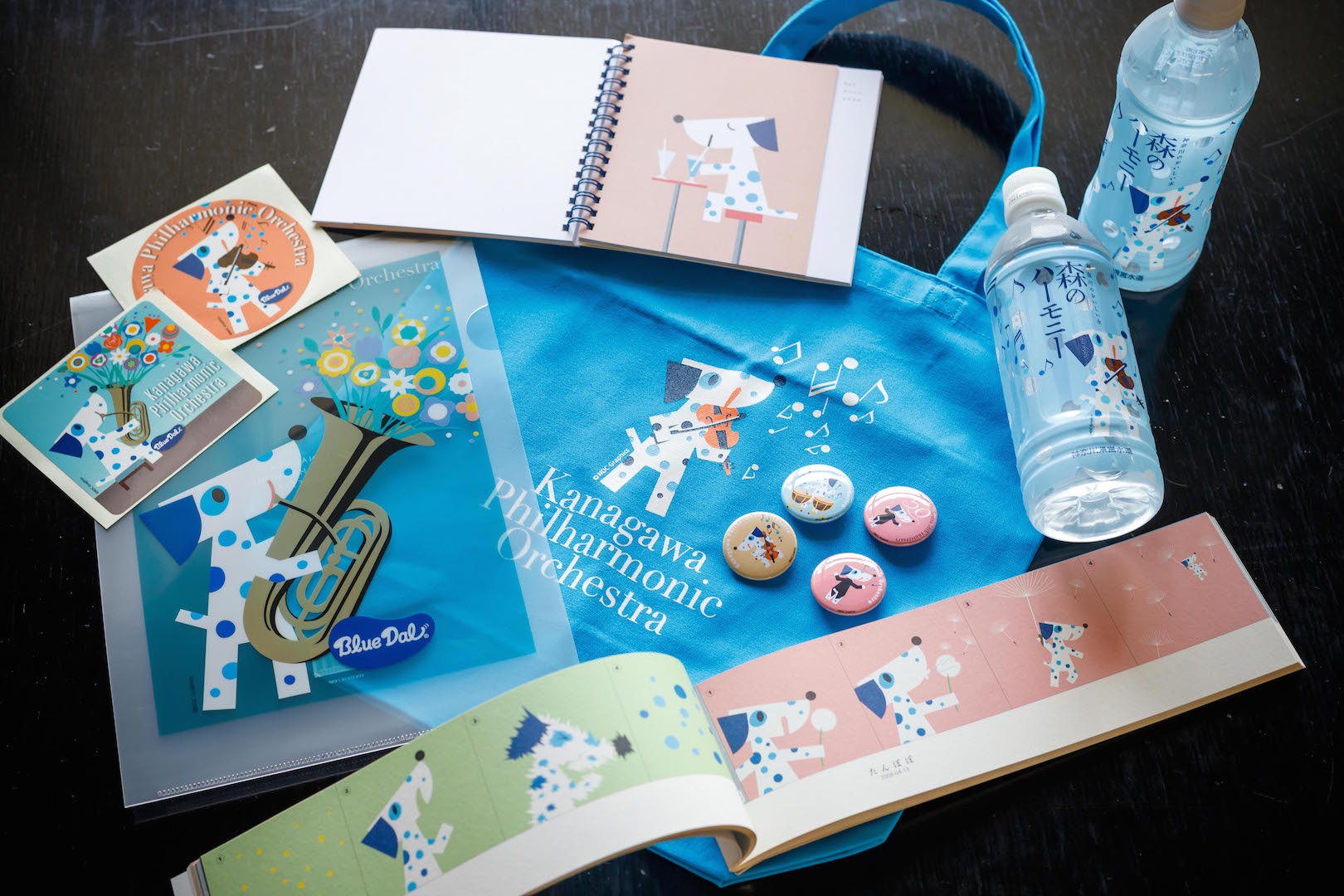 Currently, there are a wide variety of blue dull goods!
You can buy it at Yokohama Red Brick Warehouse Number 1 and Osanbashi, as well as here. 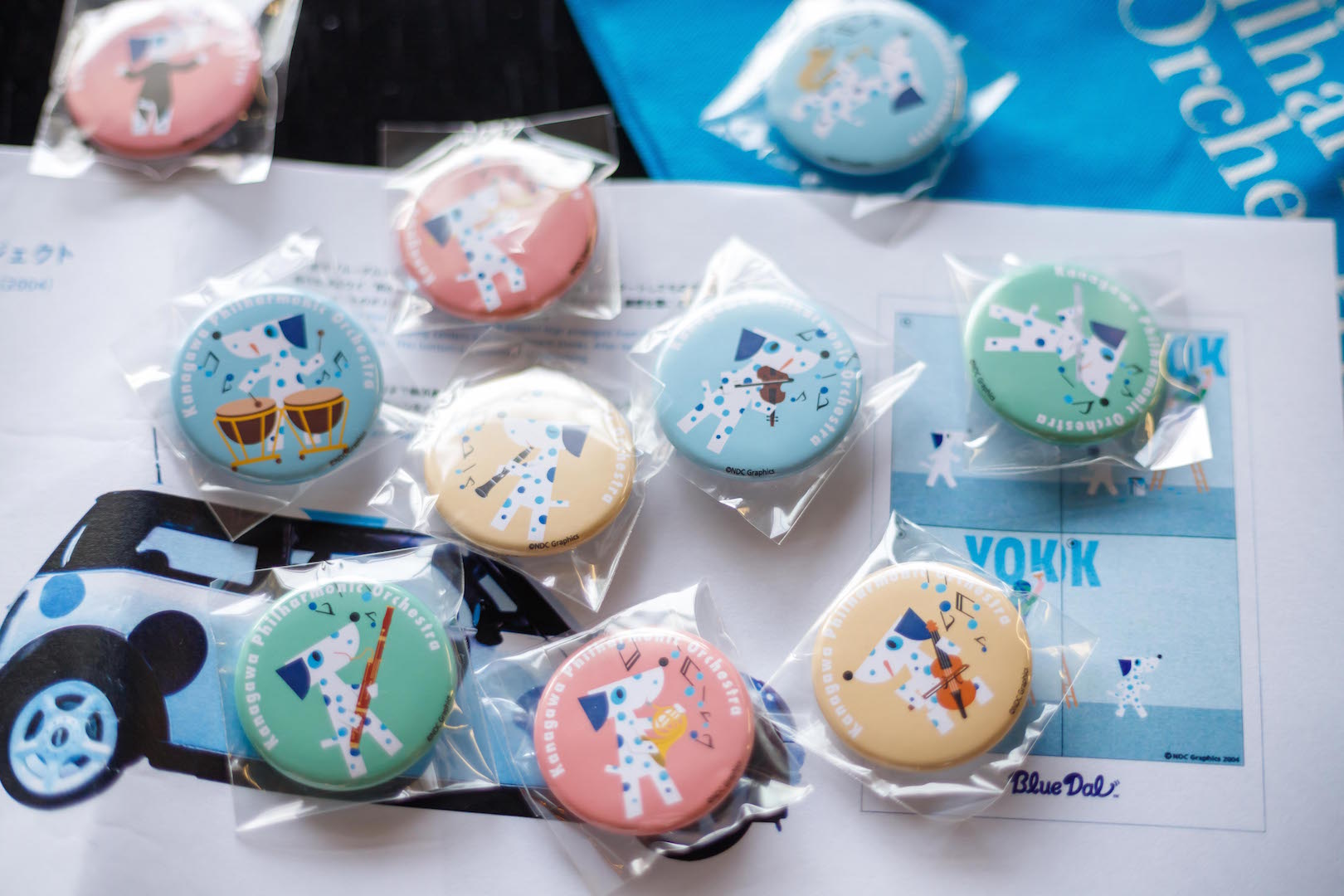 Popular cansbatch. In response to the wishes of the orchestra members and children, we now have all the orchestral instruments. It seems that a concert by Brudal will be held soon.
Is Brudal a genius ?! 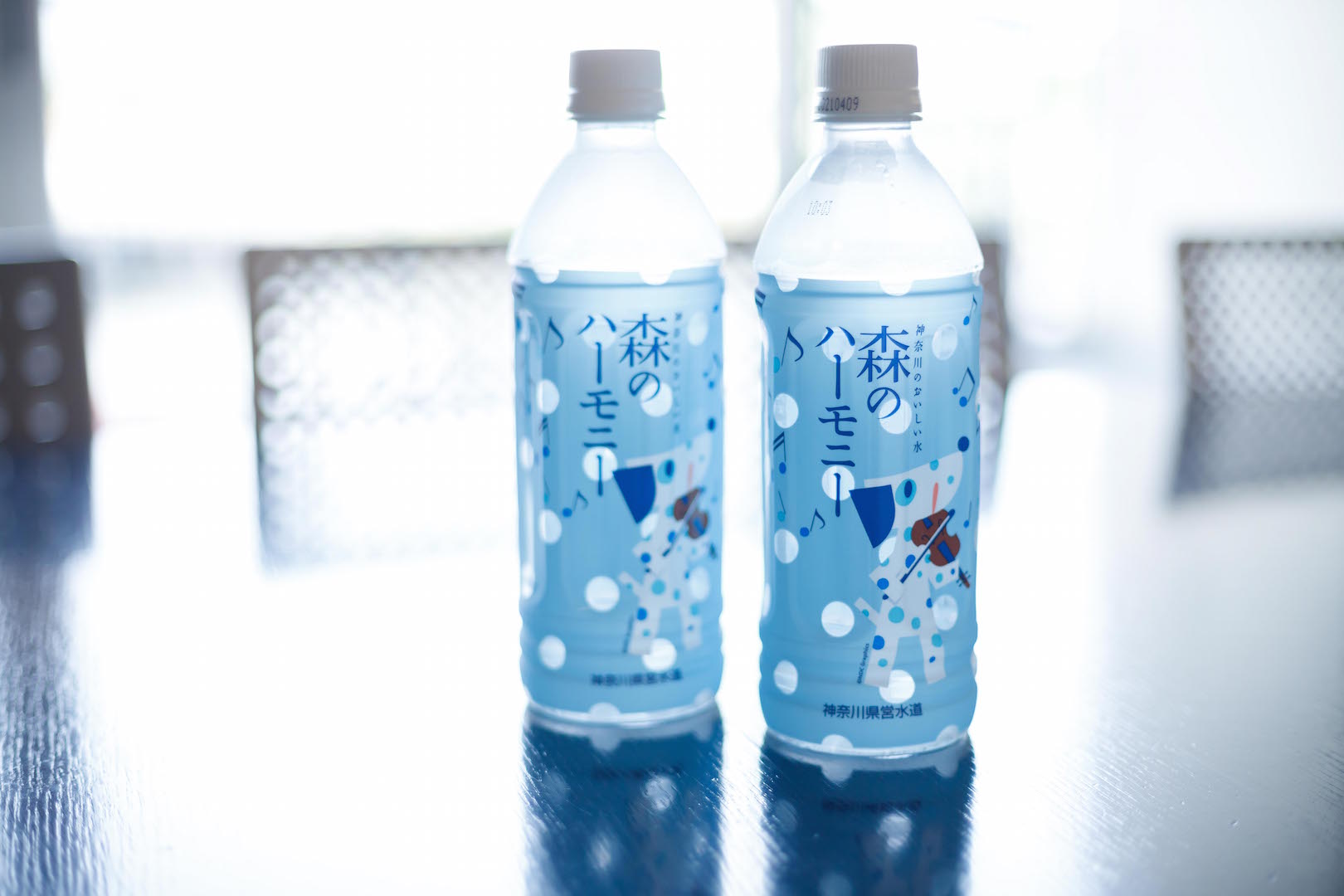 This is the PET bottle water "Kanagawa's Delicious Water Forest Harmony" manufactured and sold by the Kanagawa Prefecture Public Enterprises Agency. Blue dull is designed on the bottle, and a part of the sales will be donated to Kanagawa Philharmonic Orchestra.
Click here for details! 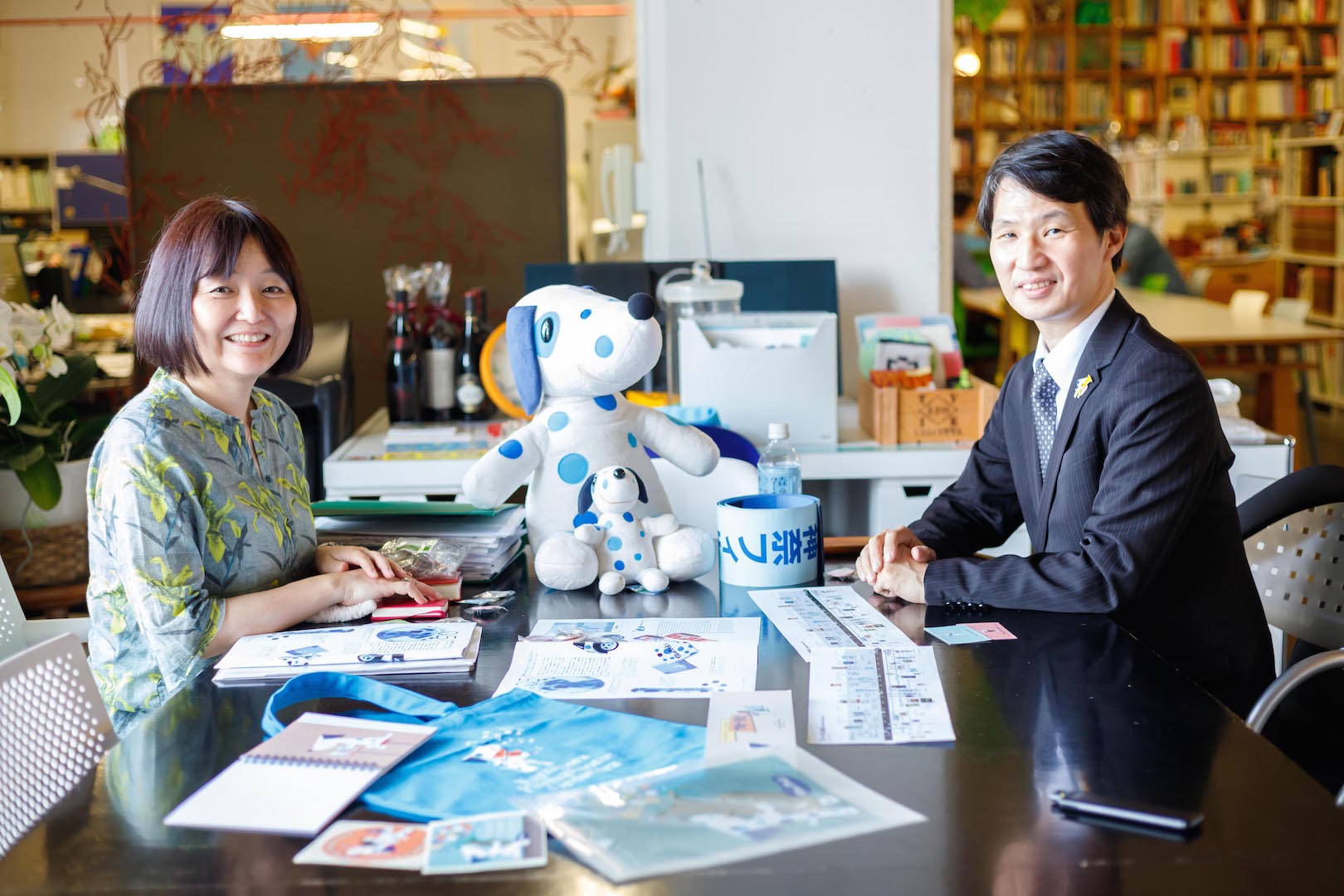 I'm looking forward to the day when I can go to the concert and enjoy the music freely!

* For the latest information on the Kanagawa Philharmonic Orchestra3cccc; "> Here!