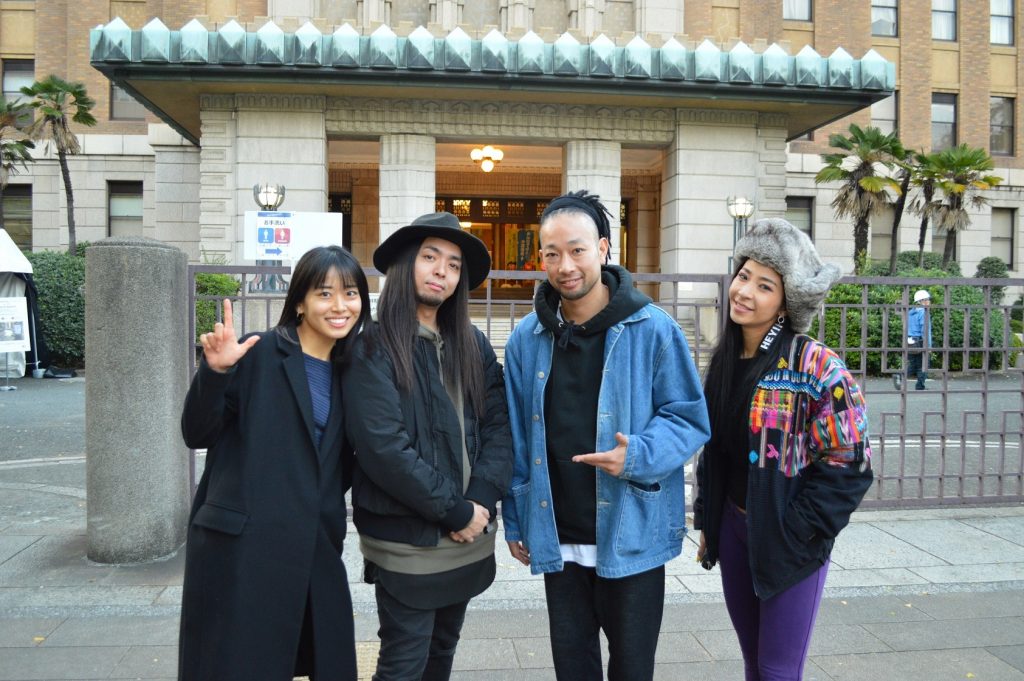 Round-table interview with a professional dancer who leads the street dance scene!

Kanagawa has a wonderful dance environment

-It was a very exciting final tournament with a big cheer at each performance. Please tell us your frank impressions.

[Dayoshi] I can tell that everyone is dancing with great heat. I knew that I had been practicing with all my heart, and I felt that I was also shaken by my feelings, and I was happy as a judge. "I understand, I understand, after all dance is like this (laughs). 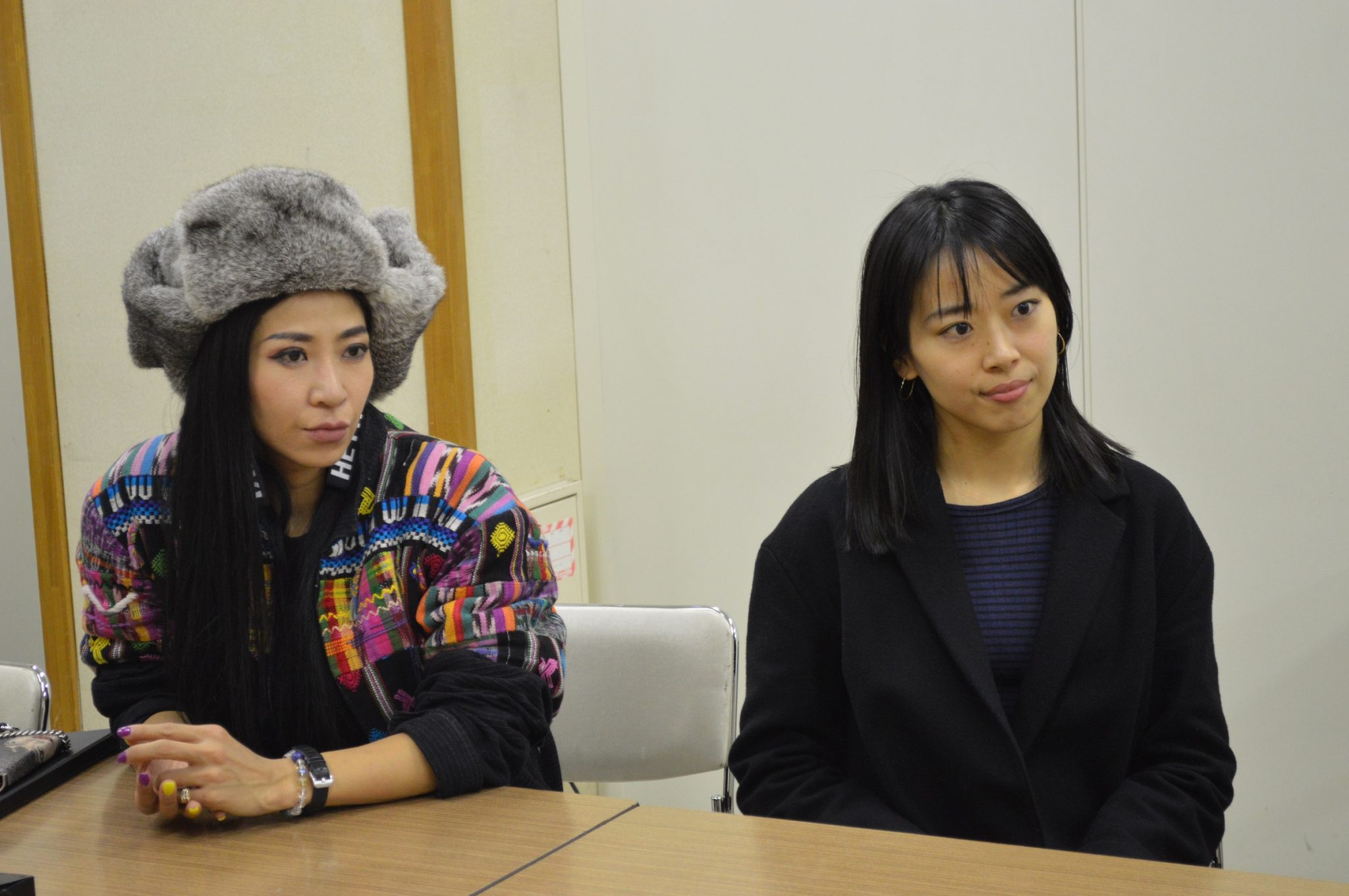 [Mikako Kano] Also, I was envious of it. In our time, there weren't many competitions like this, and the venues for presentations were limited in the first place.

[CRAZY SHIZUKA] That's true. Speaking of the contest at that time ..., about "DANCE DELIGT"? Therefore, it was valuable to have a place where the results of my practice could be shown to an unspecified number of people. But now that there are many contests, I hope.

[Dayoshi] Among them, "National High School Nihon Odori Street Dance Battle" is amazing. Because it was a tournament held with the support of Kanagawa Prefecture, and today there was also Governor Kuroiwa. I think it's an unprecedented contest.

[CRAZYSHIZUKA] I think it's wonderful!

[Mikako Kano] Yeah. Dance is something that you improve your technique by yourself, but after all the environment is important for growth. Kanagawa Prefecture is full of things and I found it attractive.

-Have you ever felt something about student dance from a professional perspective?

[Dayoshi] Everyone is good. I think it's because I practiced every day in club activities and seriously aimed at the tournament, but the level is high.

[DJ HIRO KING] That's right. I feel that I have been practicing so that I can produce good results and grow as a dancer. It means that there is a teacher who gives proper advice, not selfishness. You have a smart environment.

In our time, we groped for performance

-It means that there is a better environment for students who want to learn dance. On the contrary, are there any differences or concerns compared to your time? 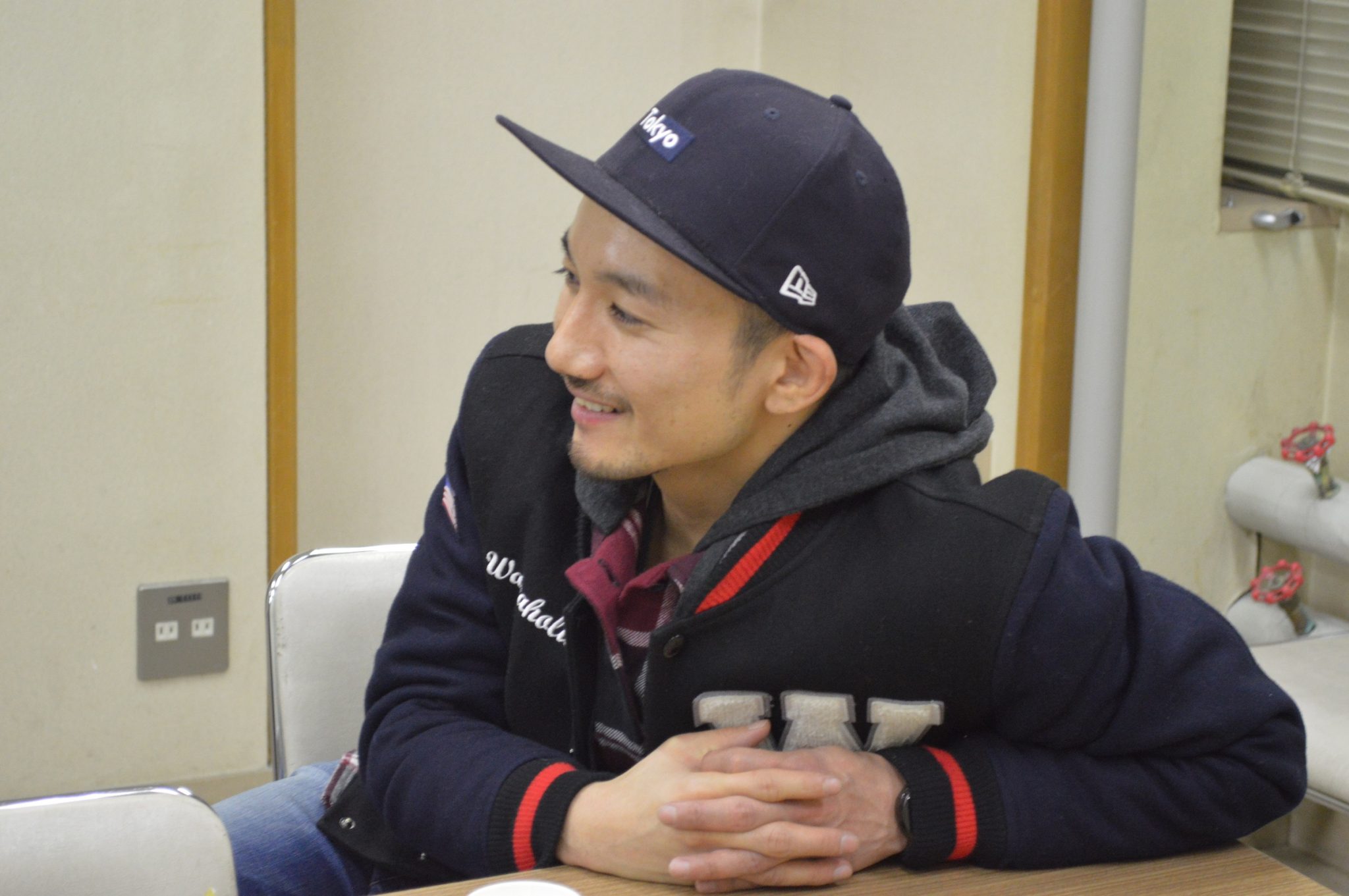 [DJ HIRO KING] It may be contrary to the previous story, but if you force it, is there something that is "too sophisticated"? For example, hip-hop, jazz hip-hop, rocking, popping, breaking, etc. There are many themes in dance, but students' danceWhen I look at it, I feel that I know it from the beginning. What it means is that they are dancing with the recognition that "○○'s dance is like this." In other words, I already know each dance type.

I think that's probably because the teacher teaches me and I can easily touch dance on YouTube, but from my point of view, I don't think there is a sense of "groping". In our time, the environment where we could get information was not fulfilling, so no matter what we do, we first try to find out. I was honing my technique while thinking about whether to try it or not. And by repeating that, I think there is today. But the times are different from those days, and I don't think it's good or bad, but I feel that "adventure" is sometimes necessary. Even if it is a mistake as a result, it will lead to growth, and it may become a big personality later. "Oh, I've never seen a dance like this" (laughs), and if it's on the board, it's the best attraction even if you become a professional. 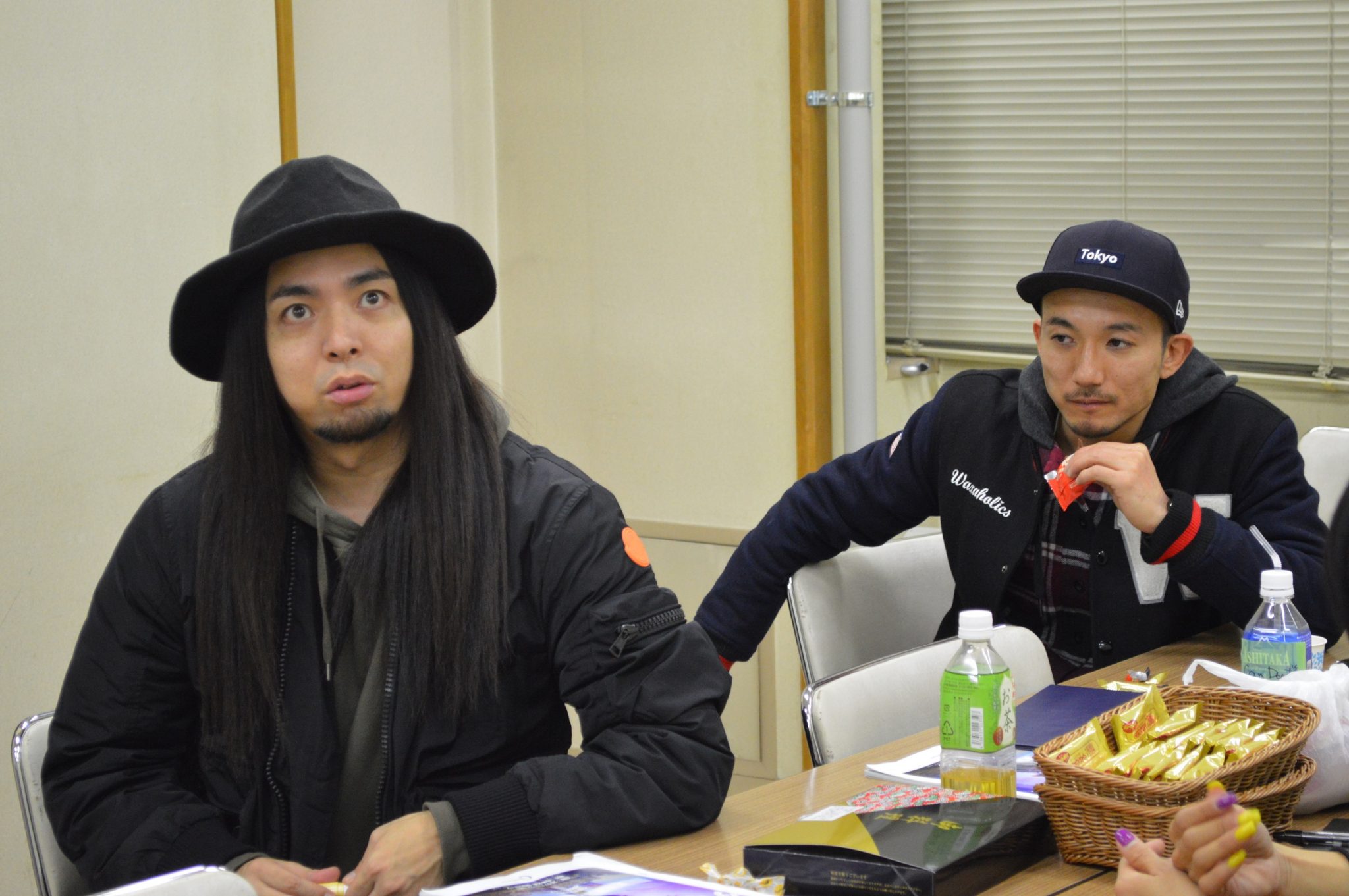 [Dayoshi] I agree with that. It may be a little extreme, but I don't think it's too late to learn the molds and the skills of seniors even after becoming a professional. If you put it in a line, it's something that you don't want. Therefore, I would like you to work on the dance that only students can do at that time.

What I want you to aim for is a "cool" dance that attracts people with one count. -I would like to ask Mr. CanDoo, who was the chairman of today's special examination committee. What points did you prioritize when choosing the winning team?

[Can Doo] Of course, I also emphasized what everyone was talking about earlier. It's not something I've seen somewhere, but whether it's a performance that we have thought out.

And another important thing was "whether or not it is wandering". After all, the team with too much shoulder strength was conspicuous because of the feeling of demonstrating the results of the practice. But it's natural because it's a sign of serious dance. In that process, I focused on the team that "danced and felt like they were united" rather than "dancing to get the sound of the music." Even if it's not a judging, it's also the focus of the dance I'm looking for, and the dancers who have been influenced so far have a great sense of unity with the music. So it's a total strength. Factors such as the sharpness of the dance and the balance of the movements of the entire team are important, but the selection was based on whether or not "more natural performance" was achieved.

-Finally, do you have a message for the students who will be responsible for the next generation of dance? 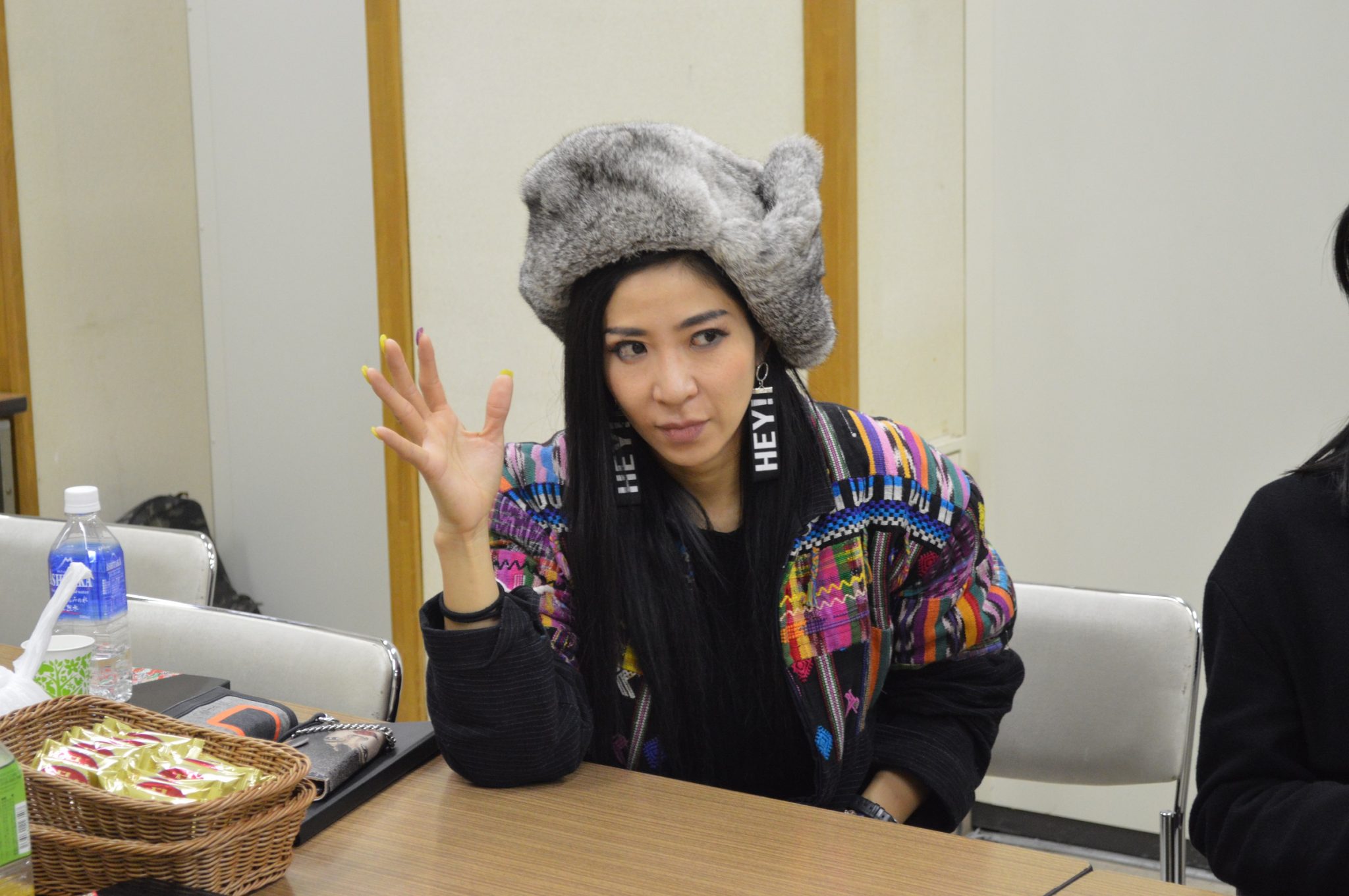 [CRAZY SHIZUKA] I would like you to aim for a “barrier-free” dance. For example, contests are contests, freestyles are freestyles, and so on, we have recently made a distinction between music choices and performances.I wonder if there are many young children. It may be difficult to make a distinction, but I would like you to have a neutral consciousness and enjoy dancing purely.

[Mikako Kano] I want you to dance a dance that you can only do now. It's a rough cut, but I'd like to see more dance that is sloppy and full of young energy. It is important to improve the technique more, but since "the feeling of wanting to dance at that time" is only for that time, by all means, each performance is full of thoughts "What is our dance like this!" I want you to make it. I am very much looking forward to the 4th Street Battle!

[Dayoshi] As long as I am a dancer, I would like you to value your "music choice" as well. Dancers show their performance with the help of music. In short, music is the life of performance. So, what kind of song was it before you chose this song because you are good at it? It is important to be convinced of the background of the song and the content of the lyrics and make it the theme. That leads to more depth in the dance.

[DJ HIRO KING] I want you to cherish the emotions that come from the depths of your heart. For example, I don't show it to anyone, but he says he plays his favorite songs and dances crazy. From there, I think that a personality that is unique to that person is born, and on the contrary, I think that people are impressed by that. Dance like no one is watching! 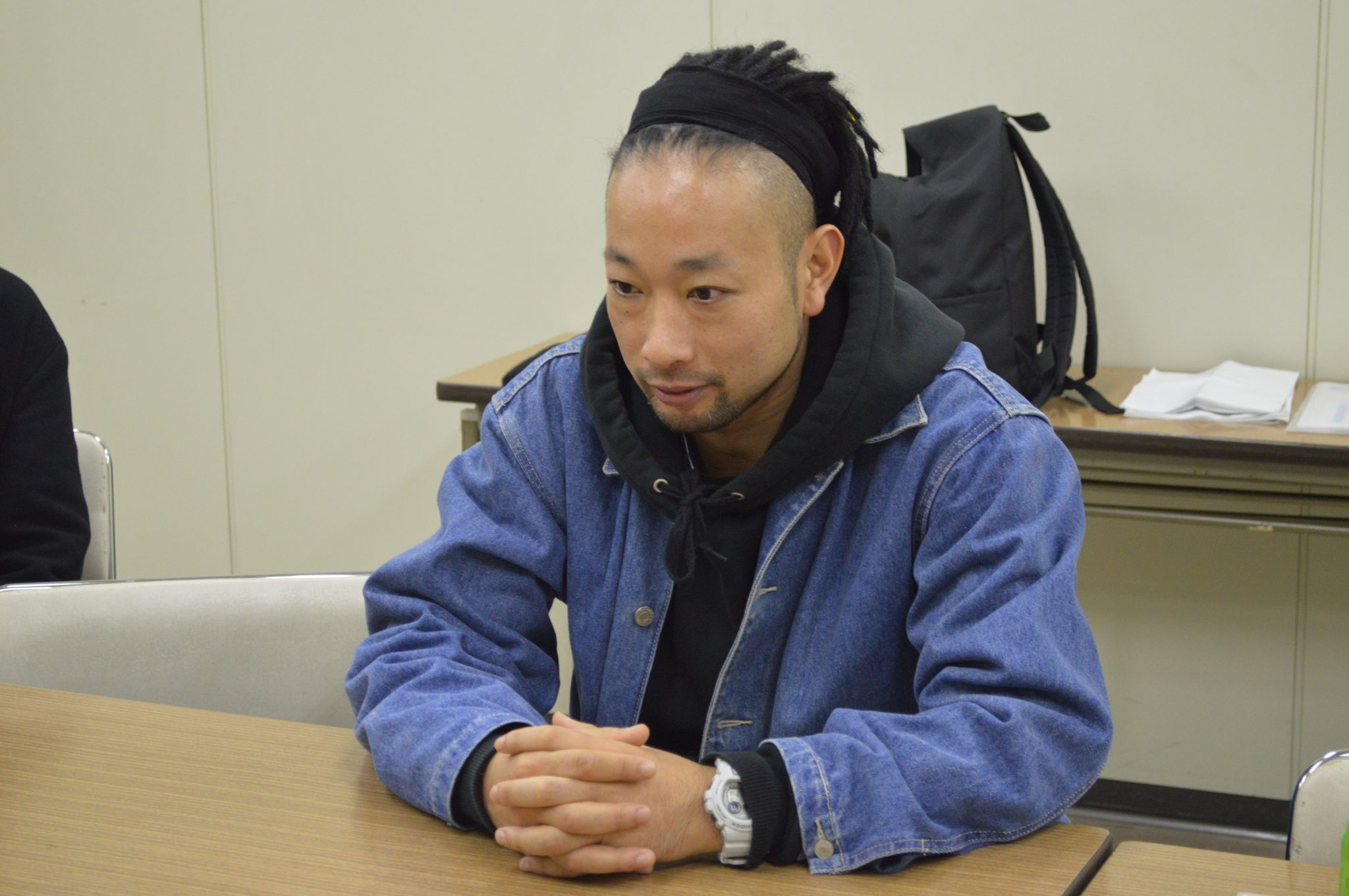 [Can Doo] Since there is such a good environment, I would like to see more and more dancers who "just stand and make customers happy". And I want young children to aim for that. It's great to be told that you're good at dancing, but it's a little different, it's just cool. When the music starts and the dancer moves with one count, it seems like cheers from the surroundings. Of course, regular practice is indispensable to aim for that, but I think it is important to look at your own dance and explore the dance that only you can do.