Descend to the Enoura Observatory, an artist who leaves no record! Experience the time when nature and art resonate

The art space "Odawara Art Foundation Enoura Observatory" designed by contemporary artist Hiroshi Sugimoto. On the site overlooking the sea, there are buildings that make full use of the latest technology, historical buildings, and stones with various stories, creating a fascinating space that is hard to explain.
* Click here for an introduction report on the Enoura Observatory!

On October 4, 2019, "Tino Segal @ Enoura Observatory yet untitled" started here. The museum has held performances of traditional performing arts before, but this is the first contemporary art project since its opening in October 2017. 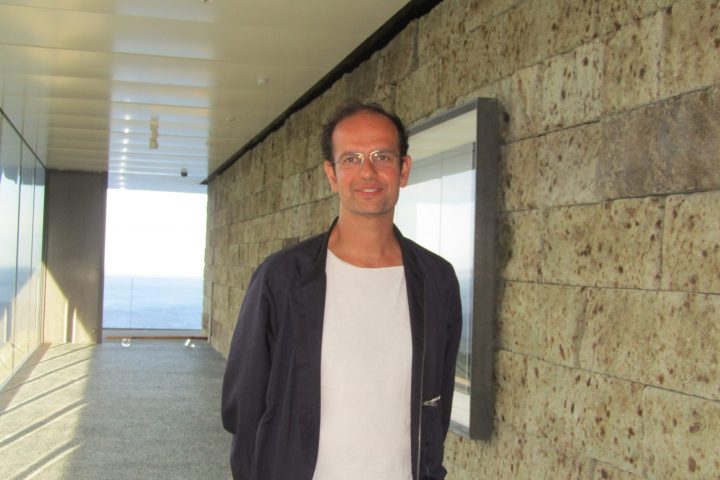 Tino Segal was born in London in 1976 and currently lives and works in Berlin. The other day, he choreographed for the Paris Opera Ballet, but he is known for his happening works that basically leave no records. In other words, the work is kept only in the memory of the visitors who witnessed it.

“My work is four-dimensional (*Editor’s note: three-dimensional + time axis) . There is no problem with it being recorded in text, but I would prefer it to be taken as a photograph or video and left as a two-dimensional work. No.” (Mr. Segal) 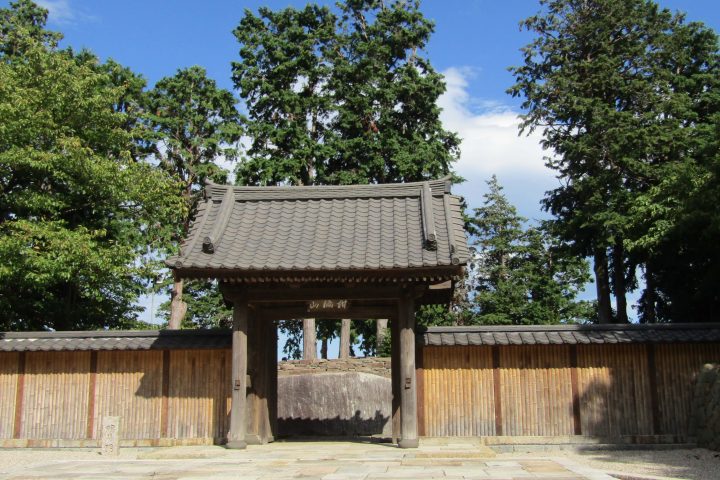 After completing the reception at the waiting building, go through the “Meigetsumon”, which was built as the main gate of Meigetsu-in, the Kenchoji school of the Rinzai sect in the Muromachi period, and head for the place where Mr. Segal’s “live work” will be held. 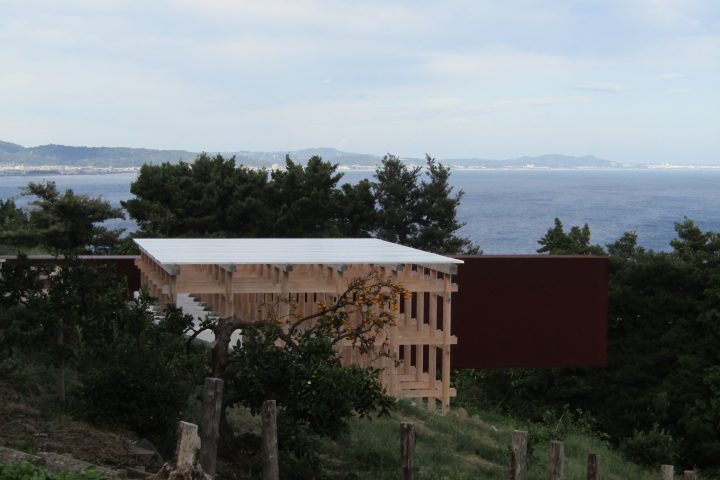 On this day, perhaps because a typhoon had passed in the distance, the blue sea and sky spread out like midsummer, while the wind was strong and the trees in the surroundings were loudly rustling.
Since the 'live work' takes place outdoors, the audience will be affected by temperature, weather conditions and the color of the sea. You mean experiencing nature as part of art? 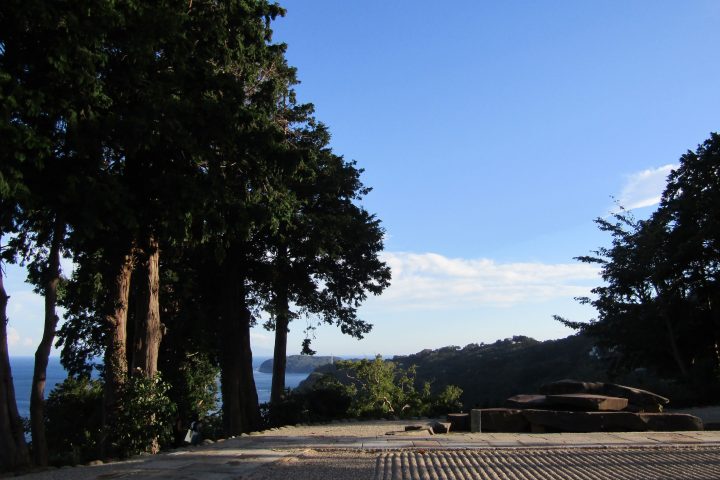 "Live work" will be held in the "Nodate seat" ahead. There, several "interpreters" used their voices and bodies to create a unique space in harmony with the sound of the wind and the chirping of birds.

“In Japan, the difference between nature and culture (created by humans) is small, and I am interested in the connection between the traditional world and the modern world. I can do it, so it makes sense for me to present my live work here.” (Mr. Segal)

Since it is not possible to take any pictures during "live work", I took pictures of the sea, the sky, and the trees surrounding the open-air tea ceremony. There is no fixed time for each movement, and like the wind that crosses the sea, the timing of the beginning and the end is left to each person's "artistic time". 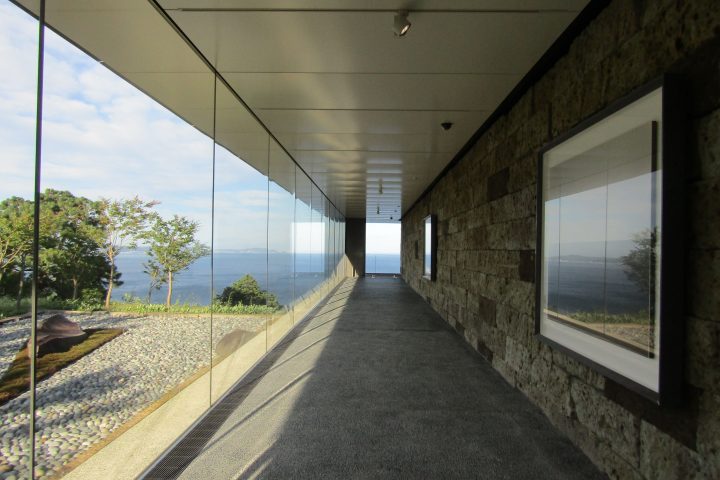 By the way, you can still enjoy the museum as usual during the project, and the admission fee is the same as usual. Make the most of your visit to see the latest architecture such as the optical glass stage and the Summer Solstice 100m Gallery, historical buildings, and Mr. Sugimoto's art works. 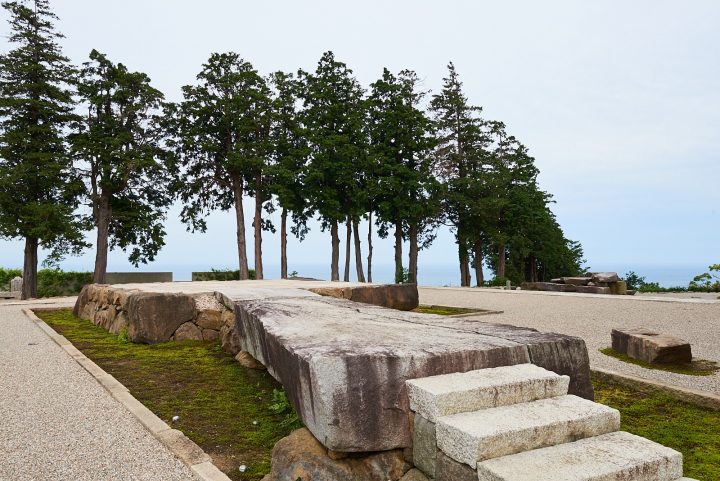 We interviewed Mr. Sugimoto, the founder of the foundation.
“This is the first time for a contemporary art project, but we were able to hold it because of Mr. Tino's passion. One of the objectives of the Enoura Observatory is to enjoy art in the nature of Odawara. Today. When I saw the live work of , I felt anew that there is an affinity with Mr. Tino's world view because there is a wonderful sense of unity with the sound of the wind and the chirping of birds." 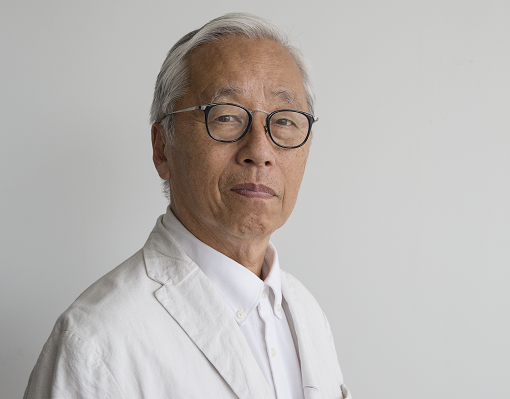