Waseda University and Nihon University College of Art are the universities that you can imagine with the word "drama".
JF Oberlin University in Fuchinobe, Sagamihara City has a group of arts and cultures, and it may not be known to the general public that actors and dancers from the same university are playing an active role these days. However, at the university-owned Purnus Hall, we are doing advanced activities nationwide.
First of all, the management and operation of the hall is centered on the students, and various projects are being carried out as a "theater open to the community" as well as a place for student training and presentations. 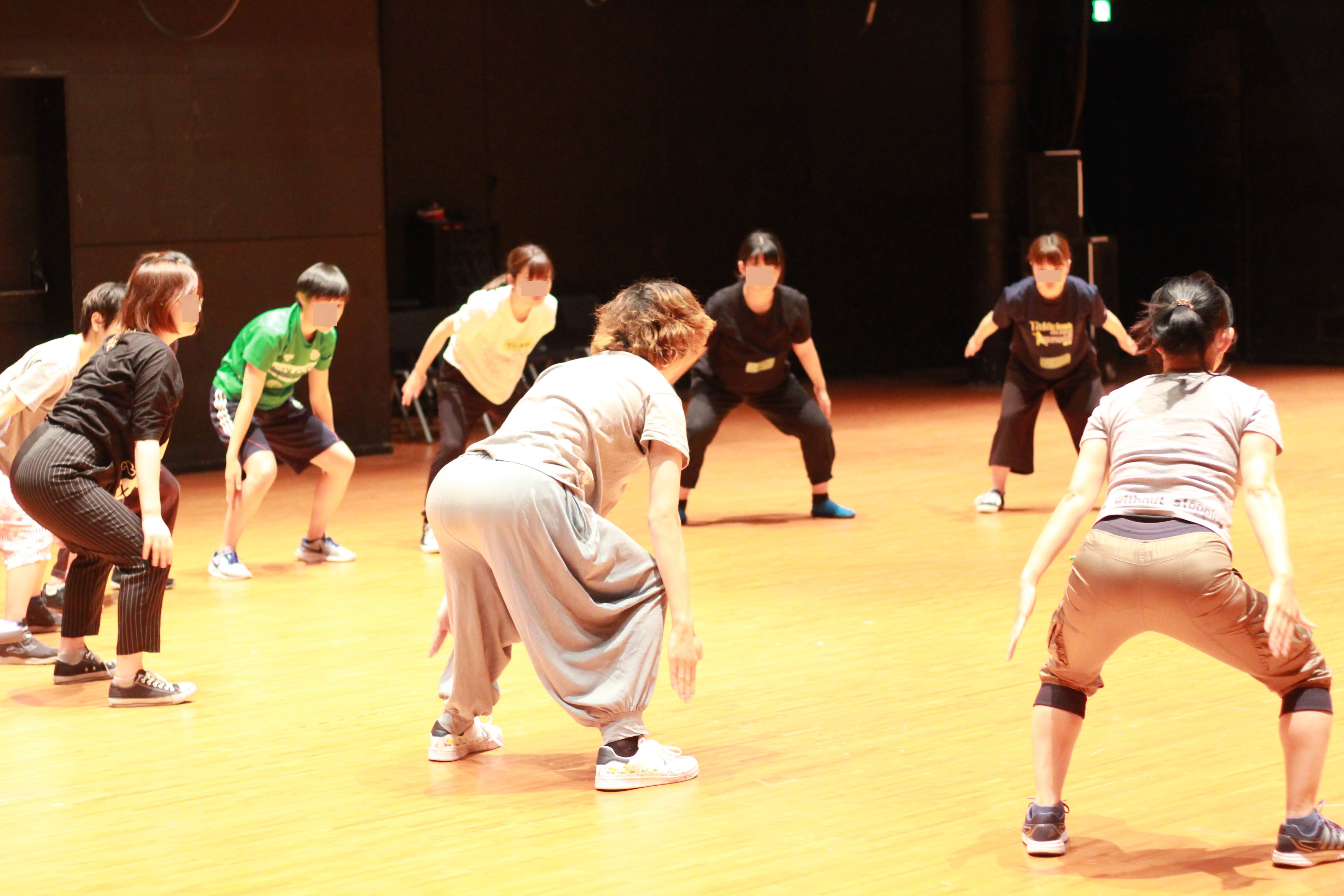 The group reading music drama "Galaxy Railroad Night" was born as a citizen participation project to embody that mission, and became an annual summer performance like the face of a theater. This year marks the 12th year of this stage, created by citizens, students and professional artists.
It seems that 8,521 customers have witnessed it so far. 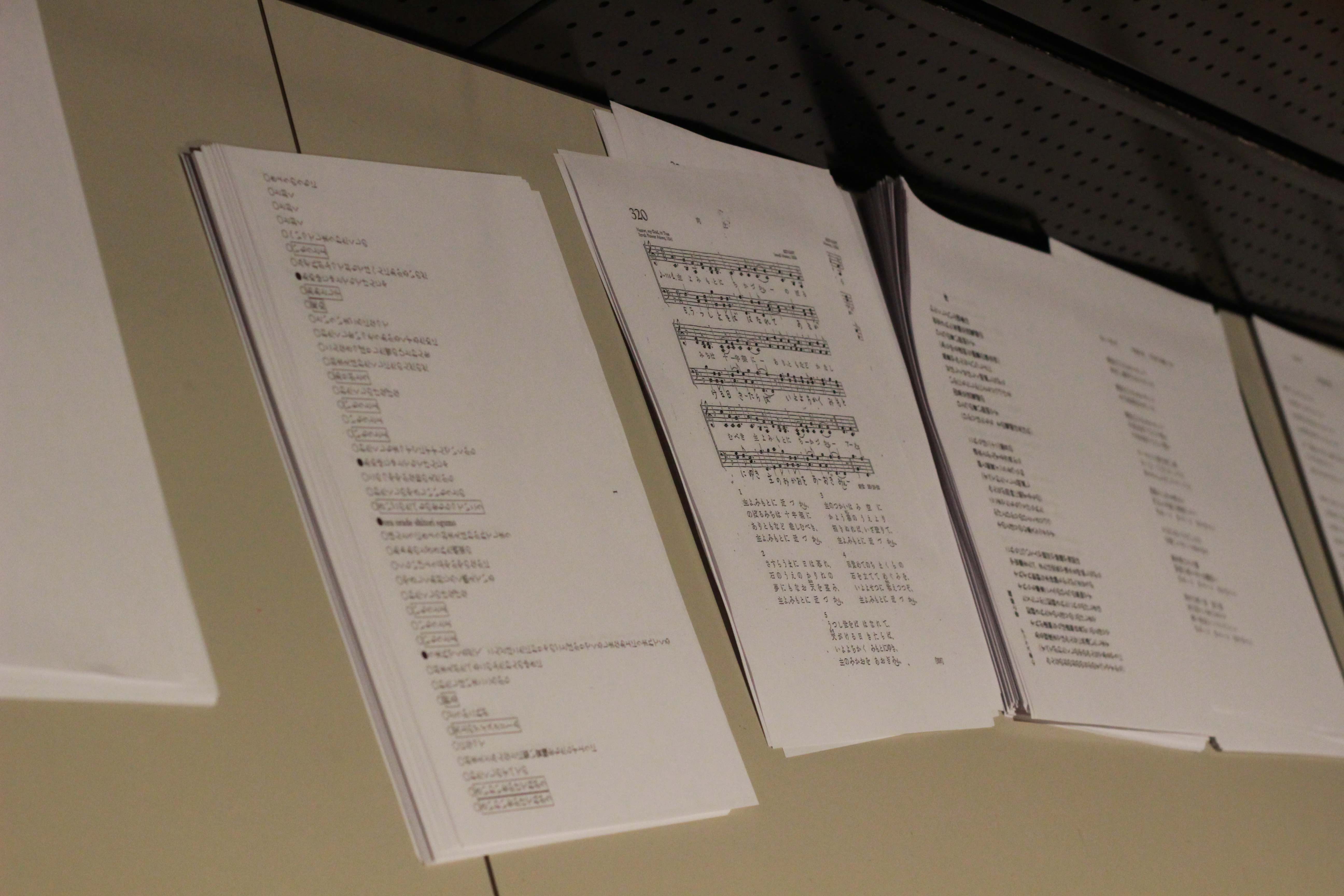 In Fuchinobe, where the Prunus Hall is located, JAXA is used to create a city reminiscent of the universe, such as naming the roads with constellations and holding a "Galaxy Festival" in the summer. It has been. In that sense, Kenji Miyazawa's "Night on the Galactic Railroad" was a perfect subject.Today.
Moreover, there is also a reason that the writing style with the unique breath of Kenji is full of the desire to convey something. With the theme of the loneliness of the main character Giovanni, the story of life and death is fantastically depicted, and you can hear the "human voice" of sadness, joy, and longing. This "voice" is expressed by the citizen casts and students of various generations selected at the audition last May. 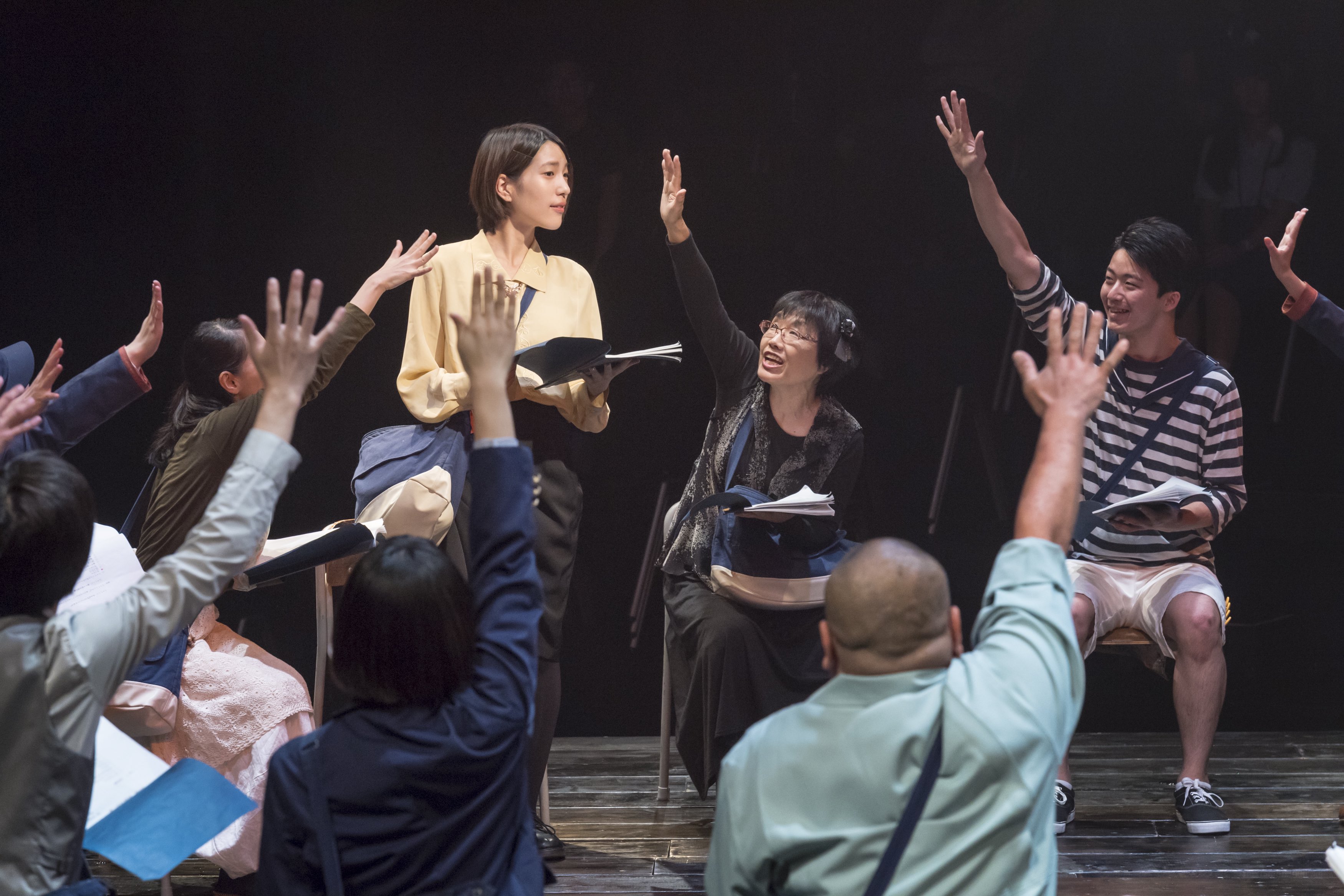 The stage is circular and there is a pond using main water in the center, and there is an island-like acting area in it. There are chairs around the pond, and although the cast has a script, they run around, dance, and even dive into the water. In addition, there are collaborations of sounds such as live music, songs, and body percussion. The stage, which is a fusion of a dynamic body and a number of words with Kenji's strong feelings, will be reborn into a very profound world. 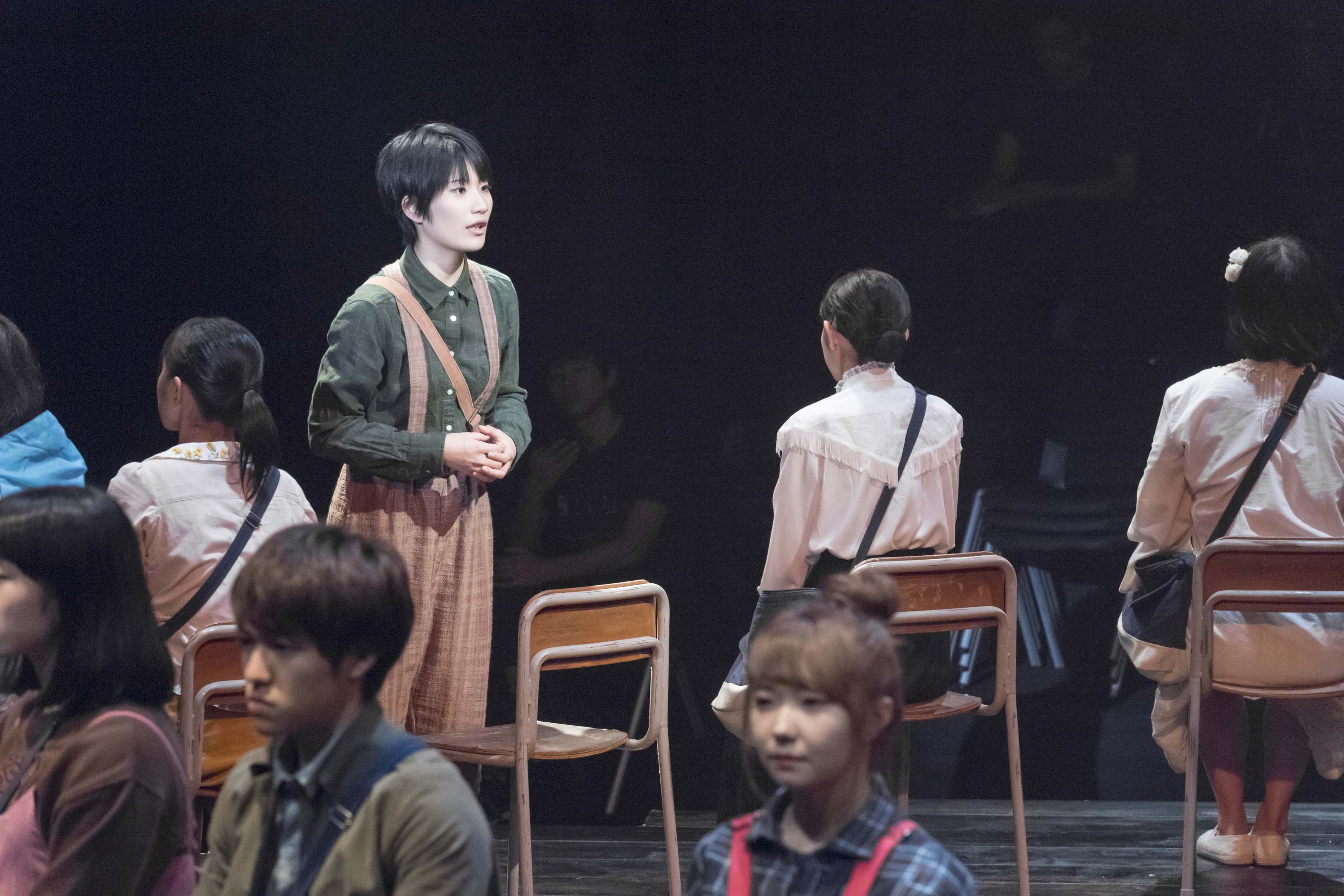 Although the practice is only one week during the summer vacation, it is a very luxurious environment because you can fully occupy the same space and the same stage art from day to night. 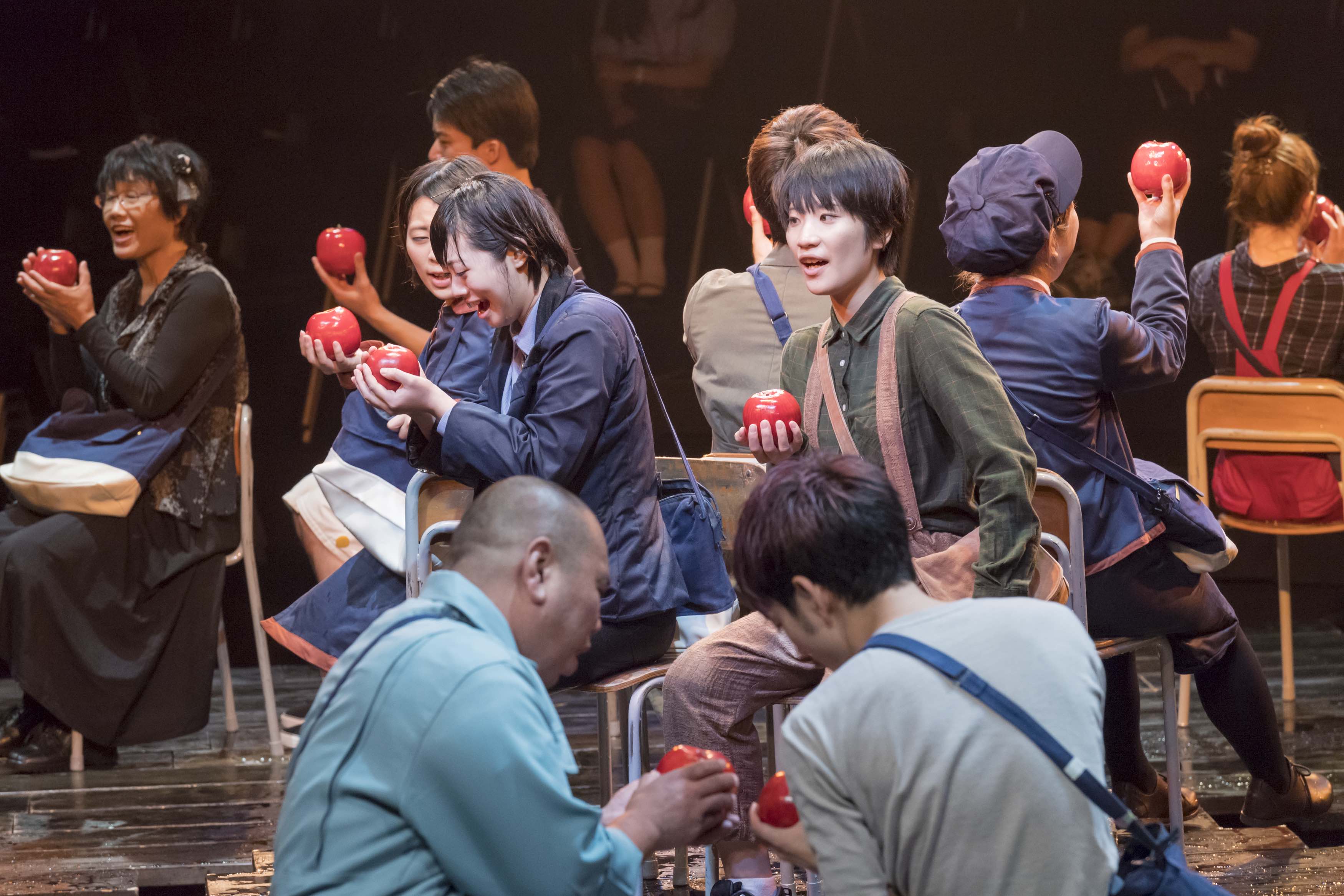 The purpose of this project is a high-quality stage for the organizers, artists, and participants.Our mission is to provide art, and to raise interest in art by presenting each other's values regardless of generation, gender, occupation, etc., and to spread art activities together with the community. 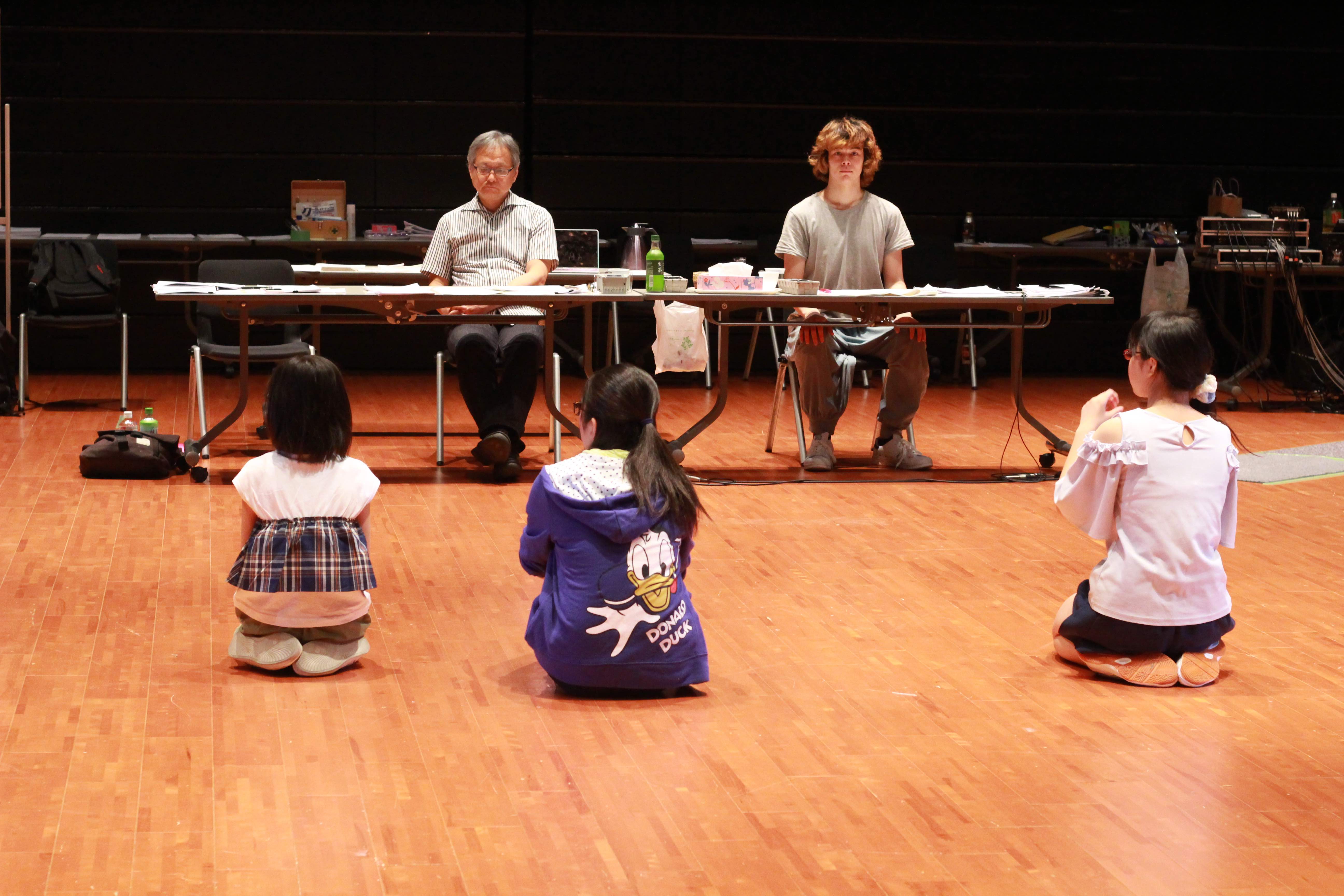 "After that, Kenji Miyazawa's aim was to receive letters from the participating citizens, and to have people of all ages go crazy and head for one stage, as in" Introduction to Farmers' Art. " I was impressed by the fact that it was written that it was an ideal community. "

"The person (female) who participated at the age of 70 was auditioned to commemorate the age of 80, 10 years later, and passed the audition. I feel that I learned the importance of continuing for us as well. "

This is a word that left an impression on me when Professor Masao Noso, who is in charge of directing, met the citizens so far, and it seems to be a memory. 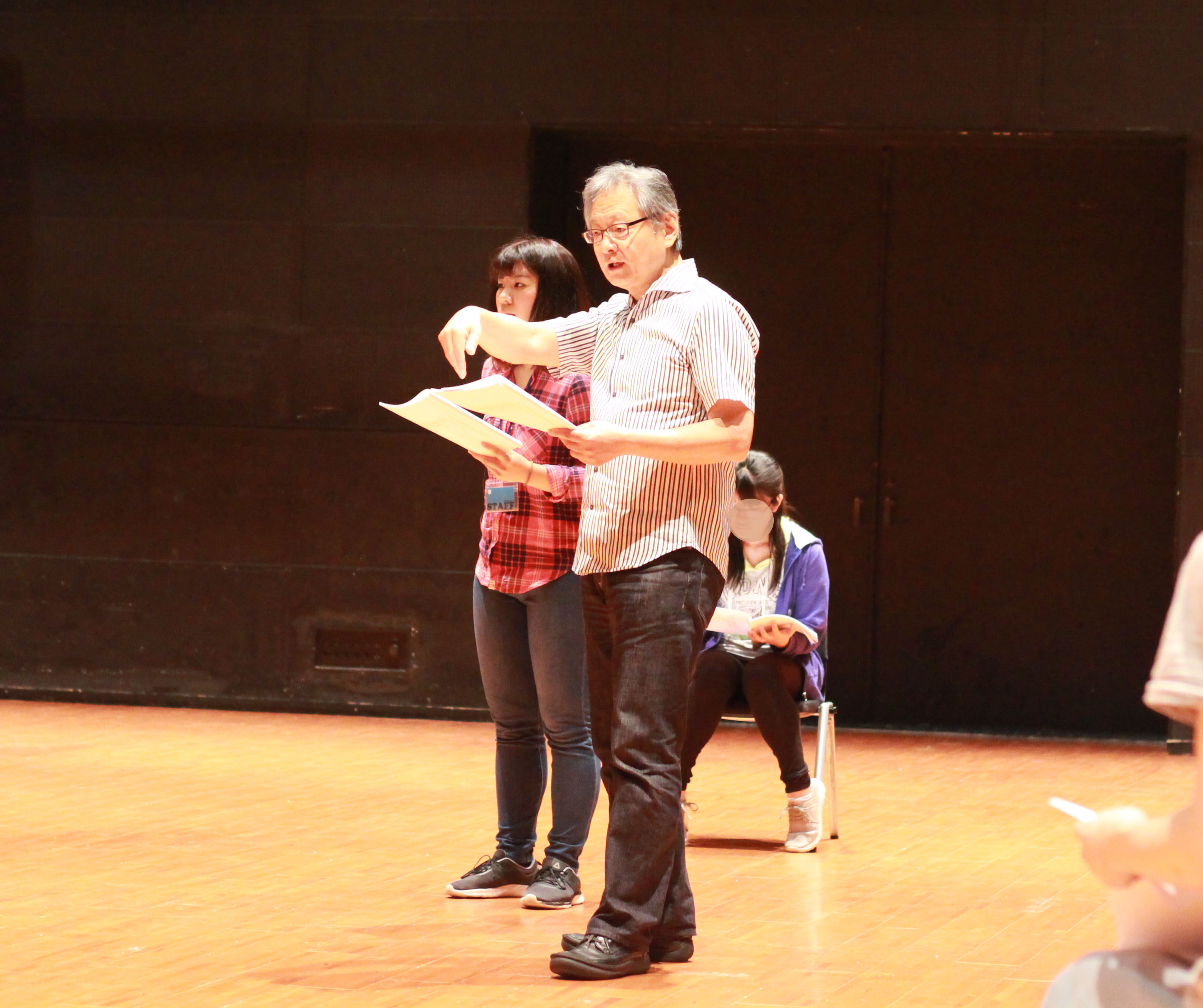 As we accumulated history, we created works with the theme of "Prayer of Kenji Miyazawa" because 2011 was after the Great East Japan Earthquake. It was once introduced as a "stage to overcome the earthquake" on the NHK program.
In 2014, Kenji's hometown, Iwate Prefecture, went to Nishiwaga Town, recruiting performers from local townspeople and recreating the work as a Nishiwaga version. In 2015, we performed at two theaters, "Fuchinobe" and "Meguro", co-sponsored by Meguro Persimmon Hall. Furthermore, in fiscal 2016, we will hold a performance in Tainan City, Taiwan, and in October this year, we plan to perform at the National Academy of Chinese Theater Arts in Beijing as part of the inter-university exchange.
lignnone wp-image-107024 size-full "src =" https://magcul.net/wp-content/uploads/2018/07/dcbf2c41cff1676a3563d7654bb4b7c1.jpg "alt =" "width =" 3500 "height =" 2333 "/ >

There aren't many works that grow up with the citizens like this. I think that the driving force behind this is not just "fun" because of the participation of citizens, but also the fact that we have dared to pay for it and aim for high-quality works.
The group reading music drama "Galaxy Railroad Night" is becoming the face of the city from the face of the theater. The key to achieving that is likely to be how far we can connect with the city. 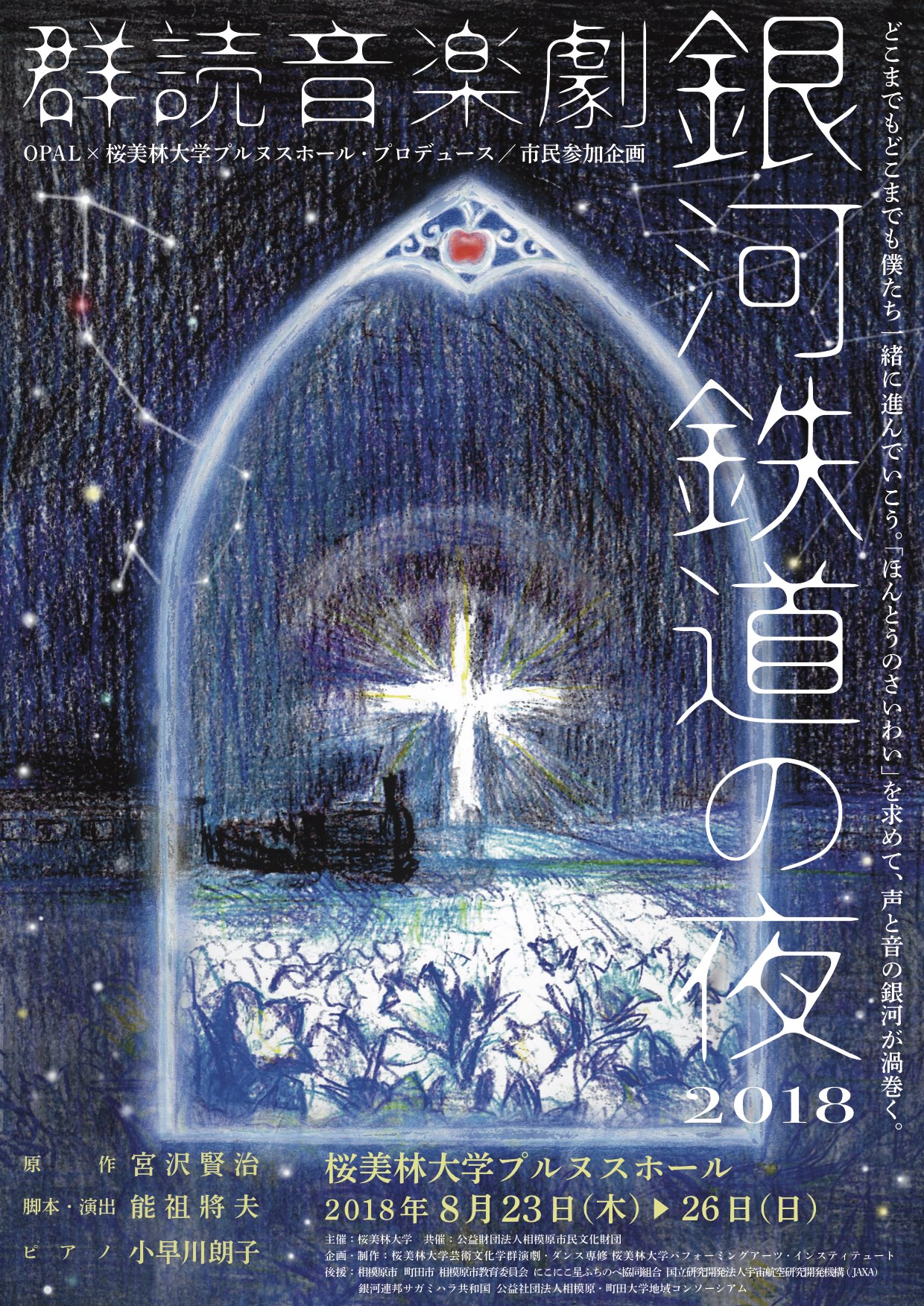