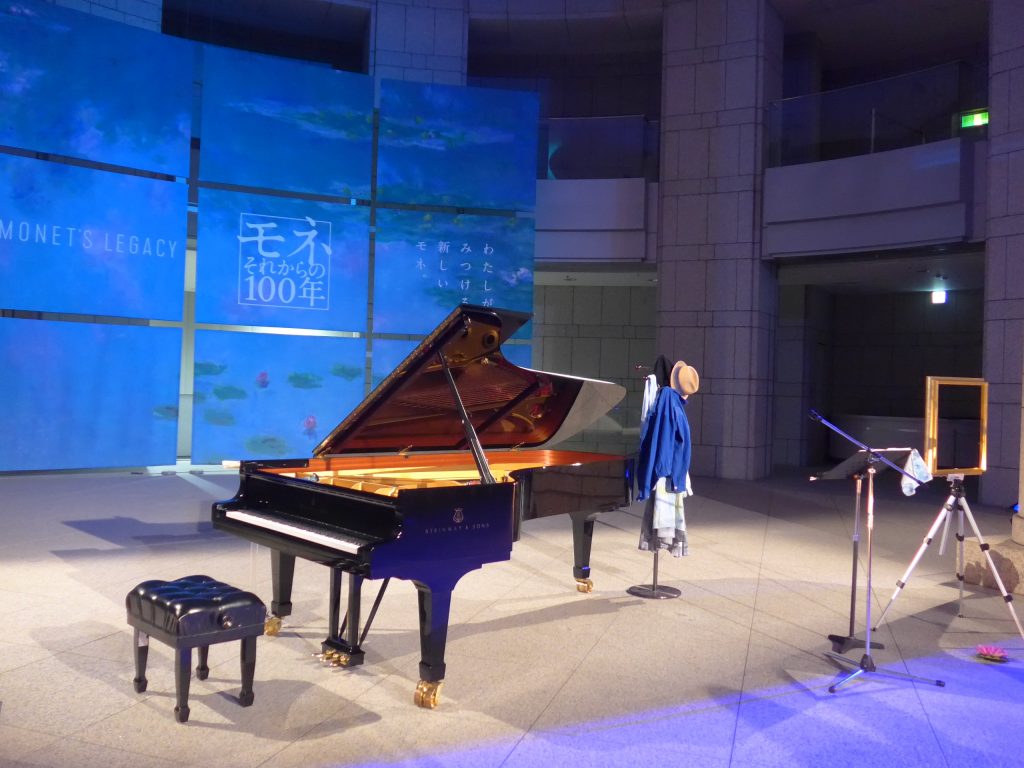 Yokohama Museum of Art
(Please note that this page was created using Google's automatic translation service and understand that because of this, its translation may not necessarily be accurate.)

The world of art that you can go, see, and feel
File.5 Concert at Yokohama Museum of Art-Meeting the Impressionists of Monet and Debussy-
(Miyuki Inoue / Copywriter)

"Monet 100 years since then" being held at the Yokohama Museum of Art. One Friday, when the session was nearing the end, a wonderful performance by piano and pantomime was performed at the museum after closing. 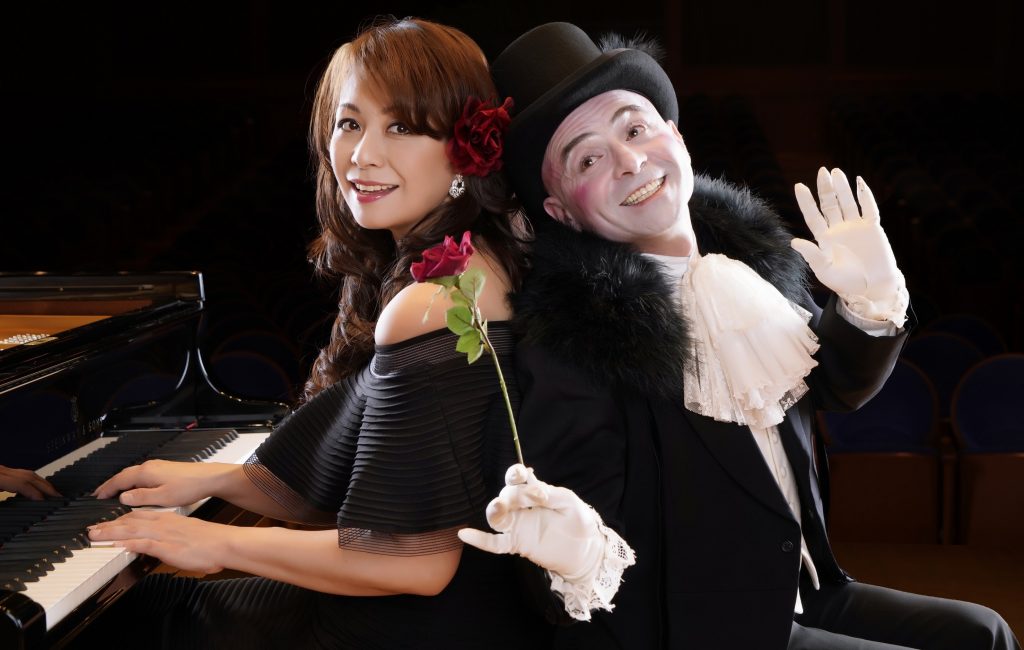 Co-sponsored by Yokohama Minato Mirai Hall and Yokohama Museum of Art, which celebrated its 20th anniversary this year, Yuko Mifune (piano) and Philip Emar (performance) will perform. The "Piano Salon Concert" Nostalgia Pari "" held at Yokohama Minato Mirai Hall in Matinee on the same day was a fashionable stage with the theme of "Paris cabaret" 100 years ago, so expect more for the special stage at night. It takes.

As you can see from the subtitle "Meeting the Impressionists of Monet and Debussy", the night club, which was planned in collaboration with the "Monet 100 Years After" exhibition, was prepared with a program that was close to the Impressionists.
The museum, which is surrounded by dusk, has a moist atmosphere that is a little different from the daytime appearance, which is also attractive. 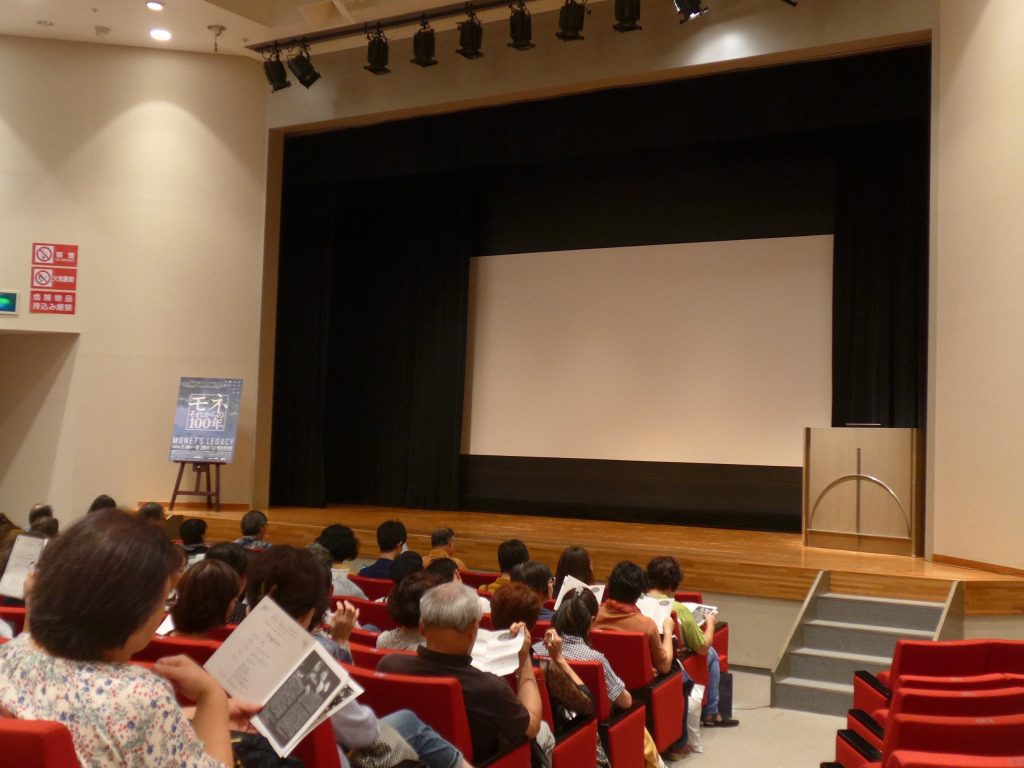 Prior to the concert, we first listened to a mini-lecture by the chief curator, Shintaro Matsunaga, in the lecture room.
The feature of this exhibition is that 25 paintings by Monet and 66 paintings by 26 artists of the later generation are exhibited in one place, and some of them are "not directly influenced by Monet". It seems that the works of the writer are also lined up. It is said that this is because Monet's innovation and universality will become more apparent by collecting works that objectively feel the same as Monet, regardless of the artist's intention. .. The perspective of the curator of the museum is somewhat interesting. I have to visit again at the opening time of the museum and look for the "monetism" in the works of contemporary artists!
When the lecture was over and the venue was ready, we moved to the Grand Gallery. 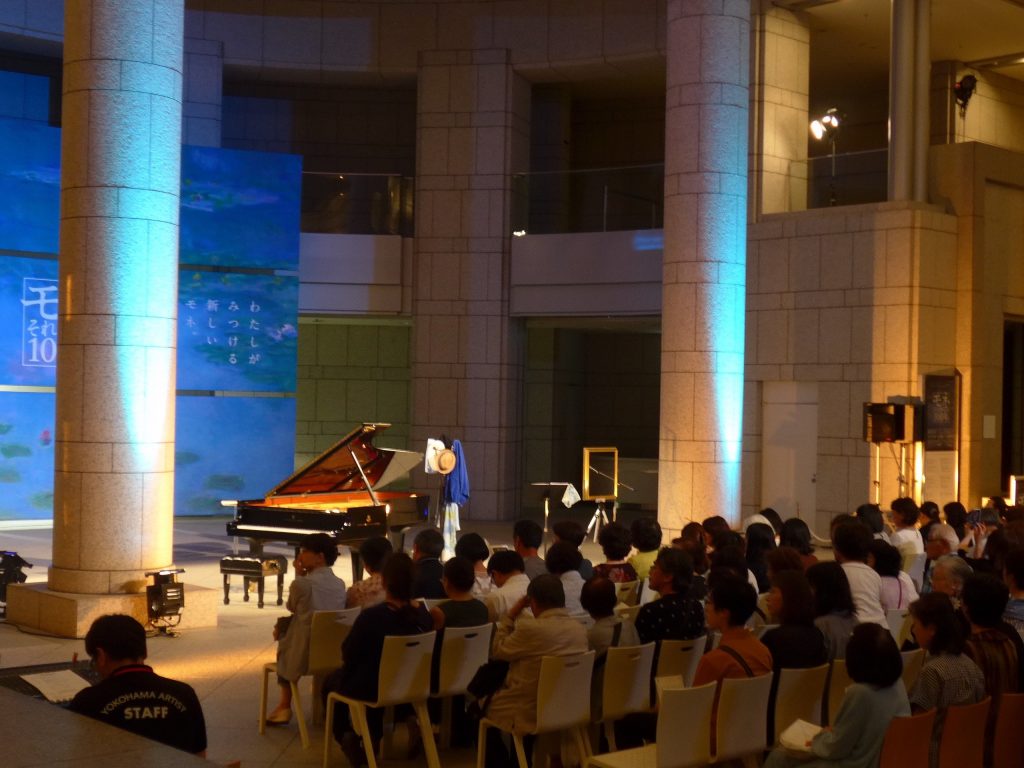 Unlike the daytime when there is a lot of natural light, the gallery at night illuminated by blue-based lights has a mysterious atmosphere like in the water.
MifuneAppears in a blue dress and Emar in white overalls with the image of light. Centered around Debussy, a French-style esprit performance was unfolded on the piano and pantomime.
He played Monet to Debussy, read "I am Monet" on Schumann's "Troy Melai", and performed his own poems. Along with the beautiful melody, I am fascinated by Emar's versatility.
Debussy himself hated being called "Impressionism," but I thought there was no doubt that floating music would go well with Monet's paintings. 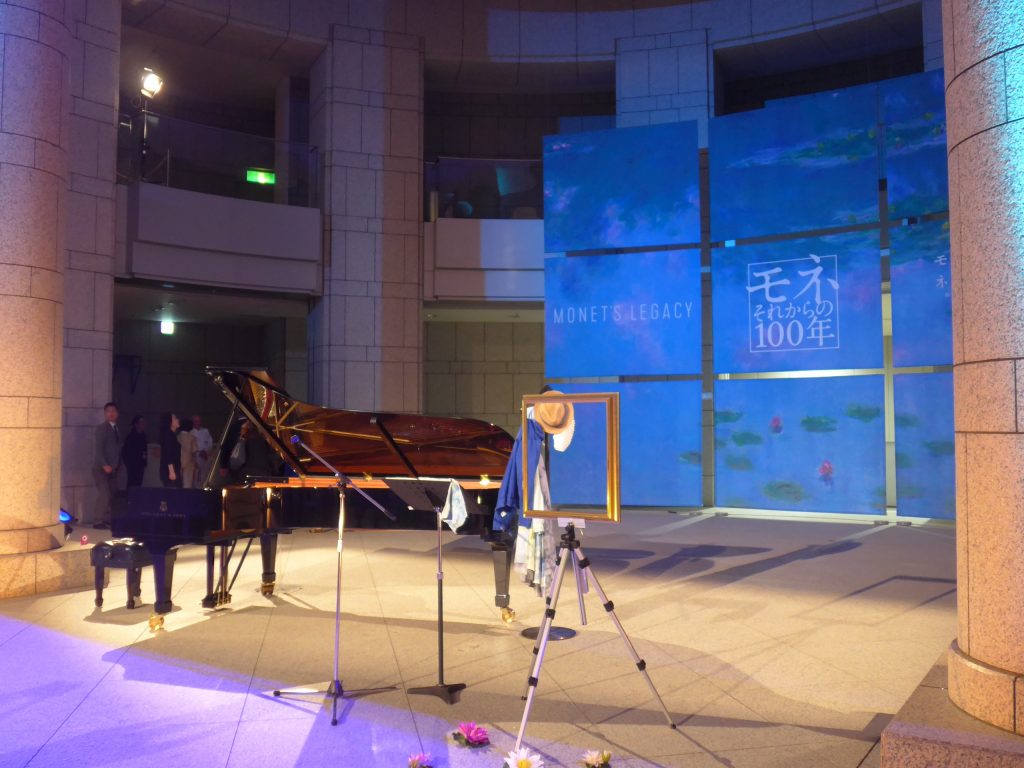 The stage of about 1 hour is over in no time.
Encore is Edit Piaf's "L'hymne a l'amour". When listening to Mifune's piano and Emar's song, you may feel like you are on a street corner in Paris. In terms of Monet's work, is it an early work such as "Capsine Boulevard"?
Again, I feel like I've found "another monet".

Yokohama Museum of Art opened to the public on November 3, 1989. It is one of the largest art institutions in Japan. With its iconic architecture, featuring the expansive space of the Grand Gallery, the museum is made up of a total of seven gallery spaces, as well as an Art Information and Media Center that holds over 110,000 art-related books, ateliers hosting a wide range of workshops for children and adults, and many other facilities.
Located in the international seaport city of Yokohama, the museum focuses on collecting and showing modern and contemporary art created since the late 19th century, when the port of Yokohama opened, alongside many special exhibitions.