Don't say that it's old-fashioned! Sagami puppet show that is fun to watch, do and create

I'm interested in "traditional performing arts," but there was an image that was somewhat noble and inaccessible.
However, when you see Kagura and puppet shows at local festivals, you can feel the atmosphere of everyone enjoying it, and it's somewhat enviable.
If you think so, there is a region in Kanagawa prefecture where folk art is called "Sagami puppet show", and you can enjoy it for generations. This is the only way to go!
So, I went to the rehearsal room immediately. 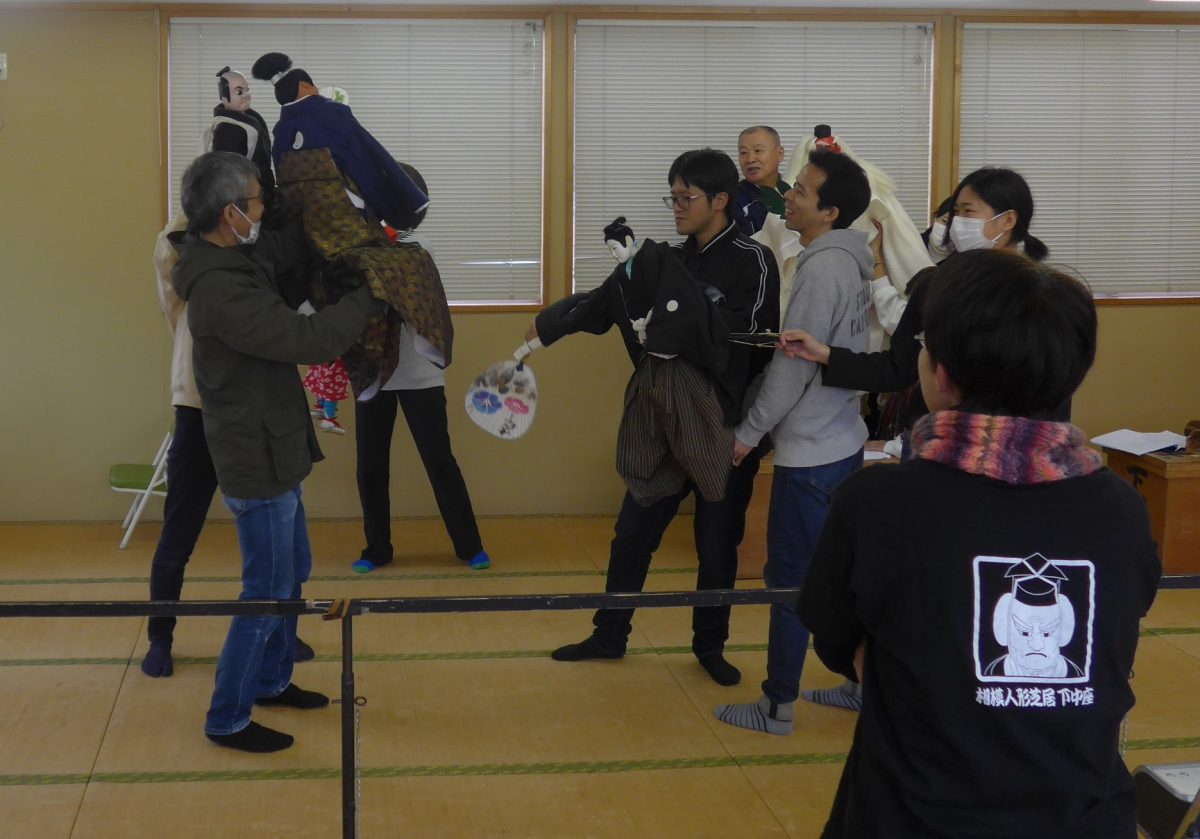 Currently active are Shimonakaza (Odawara City), Haseza (Atsugi City), and Rinza (Atsugi City), which are designated as important national intangible folk cultural properties, and Maejimaza (which is designated by the prefecture). Hiratsuka) and Ashigara (Minami Ashigara). In February, the Sagami puppet show contest, where the Goza congregates, will be held.

This time, I visited Shimonakaza, based in Kotake, Odawara City. It is one of the most active groups in the Goza, and its 35 members have a wide age range from teens to 80s.
In addition, while many groups limit their seating to locals, Shimonakaza is widely open to applicants, so some members are attracted to puppet shows and come from Hachioji, Tokyo. Interestingly, Sagami puppet shows are so attractive.

Sagami puppet shows, like bunraku, are basically composed of three dolls. Sending your neck and right hand is the "master". The left hand is left-handed, and both feet are foot-operated. Although the main leader leads the movement of the doll with a clear intention, it is important to coordinate the breathing with the three people because they can not give instructions in words. 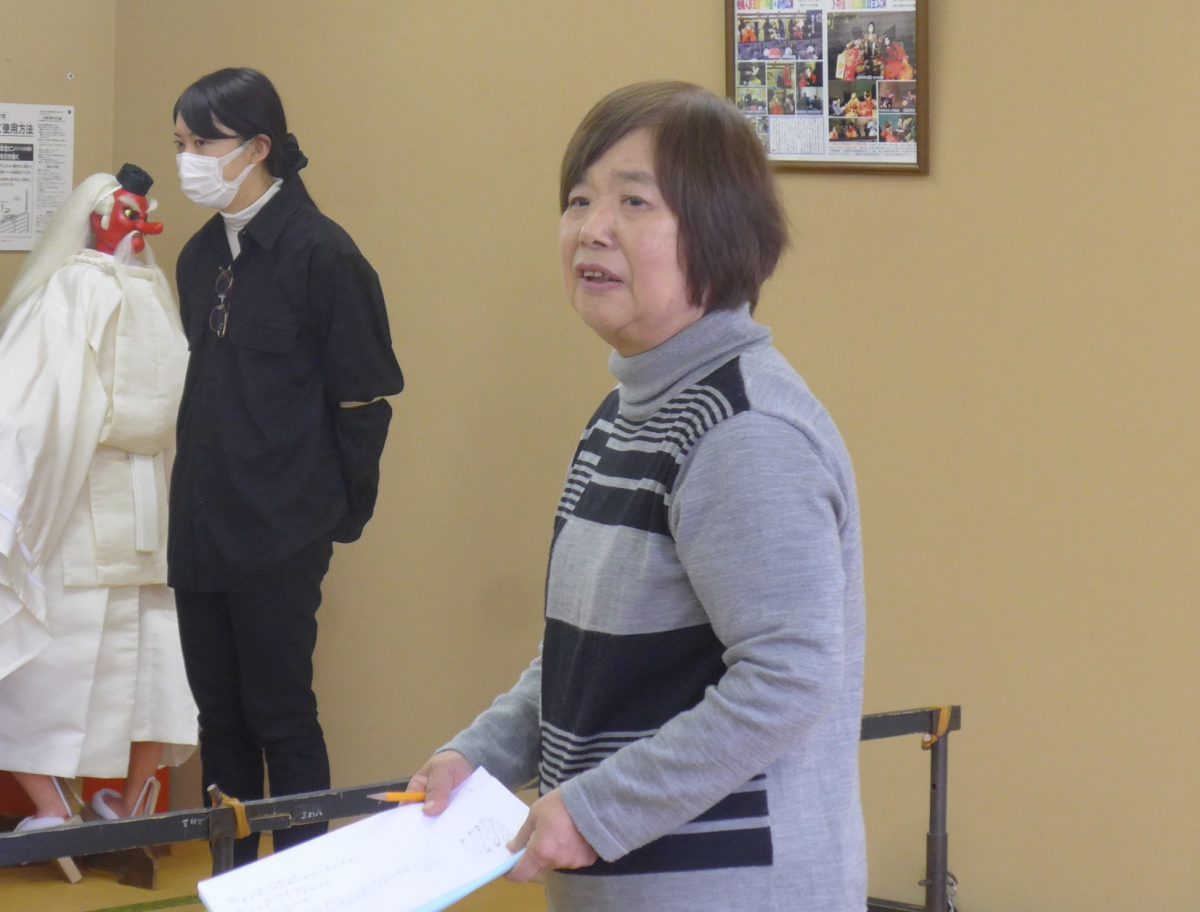 Mr. Minako Hayashi, a researcher, had a sense of danger when he worked on a Sagami puppet show as a researcher, "it may disappear as it is", and he took over the chair and focused on fostering successors. Partly because of this, an environment is set in which young people can easily enter and grow, for example, in cooperation with the prefectural Ninomiya High School "Sagami Doll Club".

"It seems to be very fresh for the younger generation. I never thought I could manipulate a doll like a cultural property with my own hands, so I wonder if I actually try it (laughs). Although each one has its own personality, there are young men in Shimonakaza, so I would like to actively play “eras.” The movement is dynamic and easy to understand, so you can enjoy it without any prior knowledge. ” 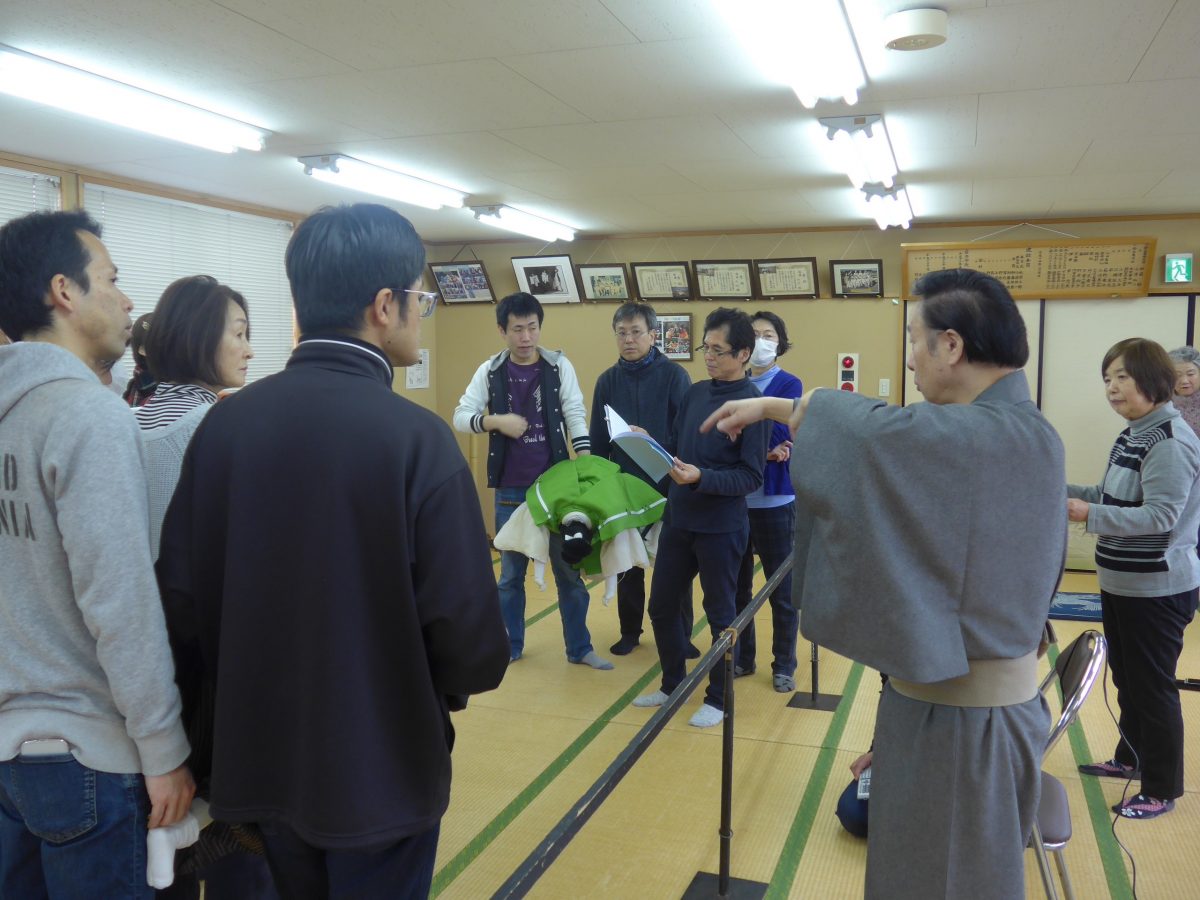 The tour was not performed at the Sagami Doll Play Competition, but for the new work Sogamono , instead of at the Meibo Sendai Hagi .Training of the language. There was an old-fashioned image of folk performing arts (sorry!), But it might be a little surprising to create new works by ourselves.
On this day, Ms. Minojiro Yoshida of Bunrakuza was invited to give advice on the production of the new work, etc., as well as guidance on doll management techniques. 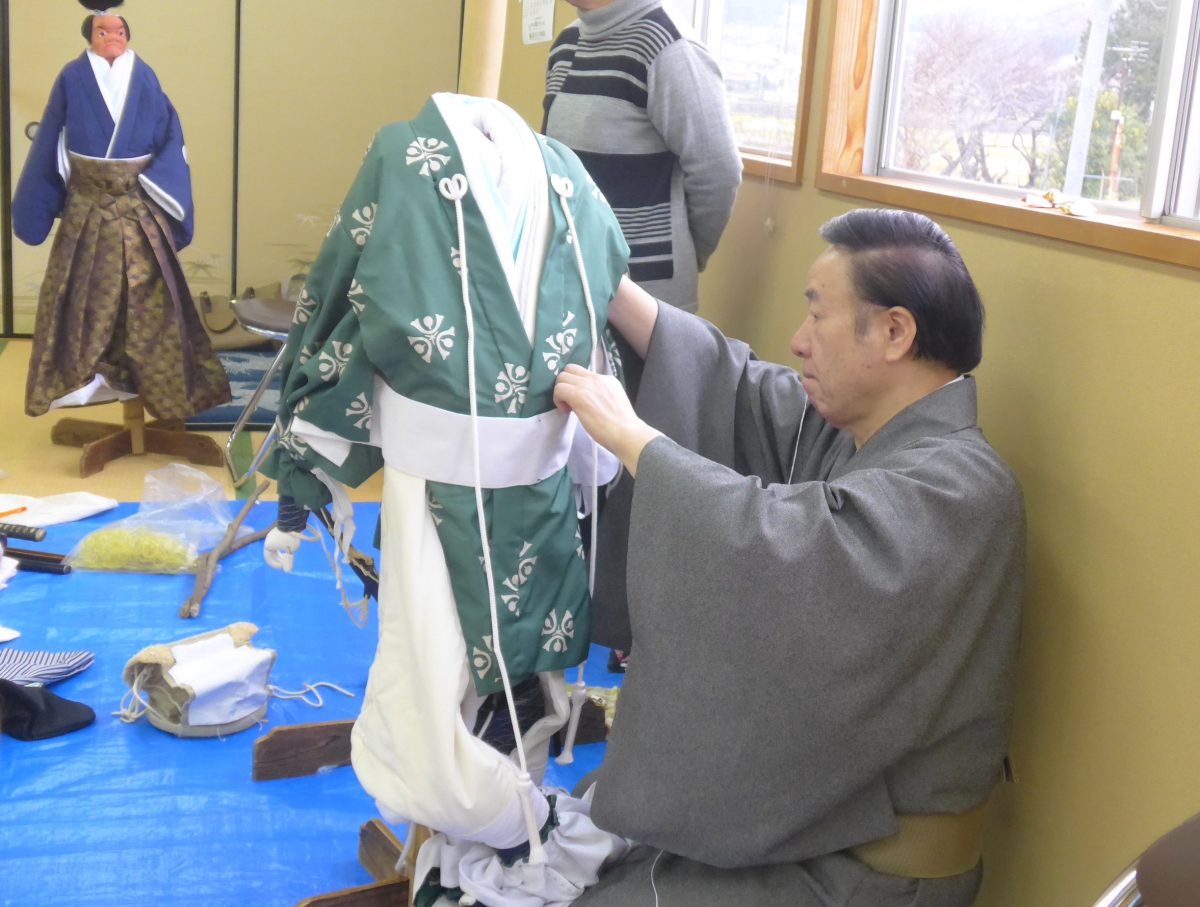 There seems to be many differences in how to use puppets in the same three-person puppet show between Bunrakuza in Osaka culture and Sagami puppet show under Edo culture, but Mr. Minojiro adversely affected each other's tradition. It seems that he will give advice with care so that there is no. 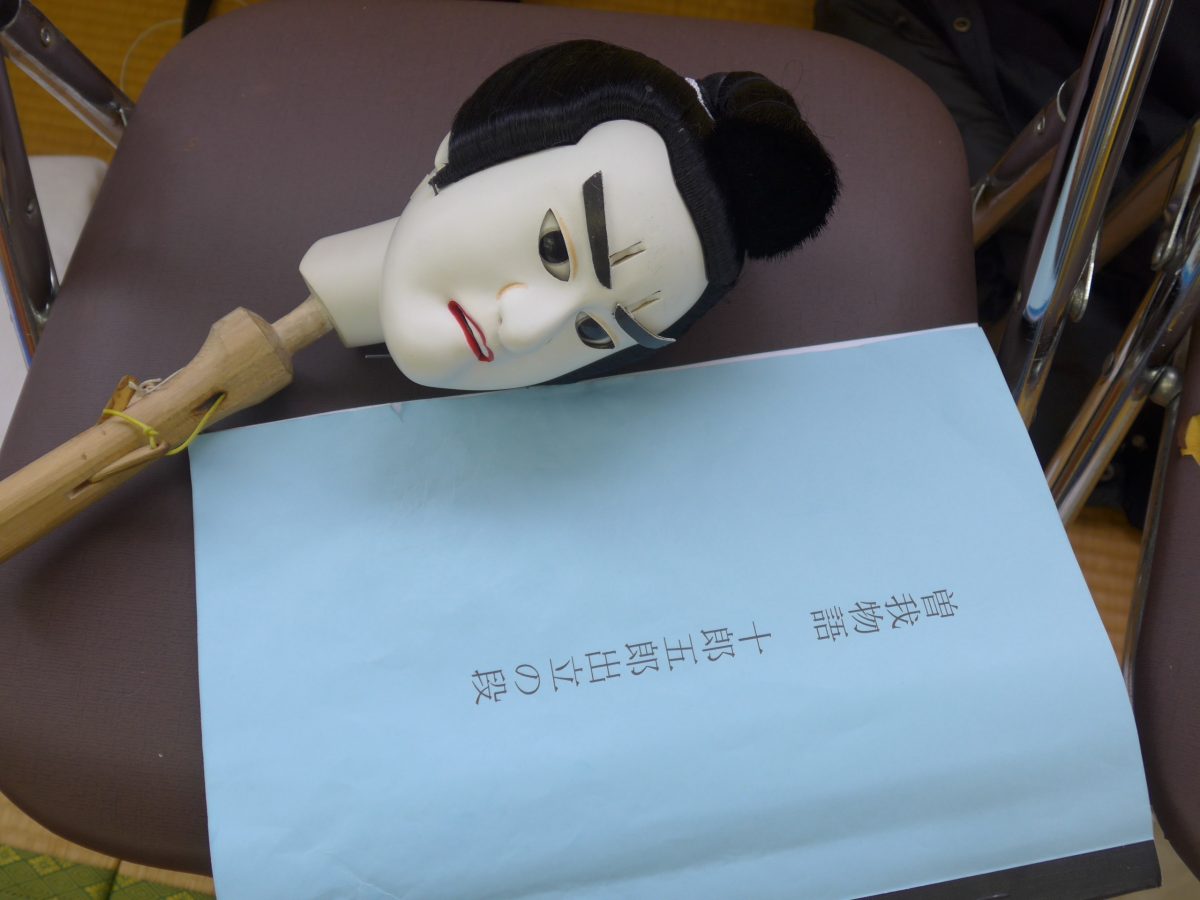 I'm looking forward to "Gara Sakidai Hagi", which will be staged at the Sagami Puppet Show in February, but I'm also worried about the new work that I've been working on for three years. I can't wait for the spring release. 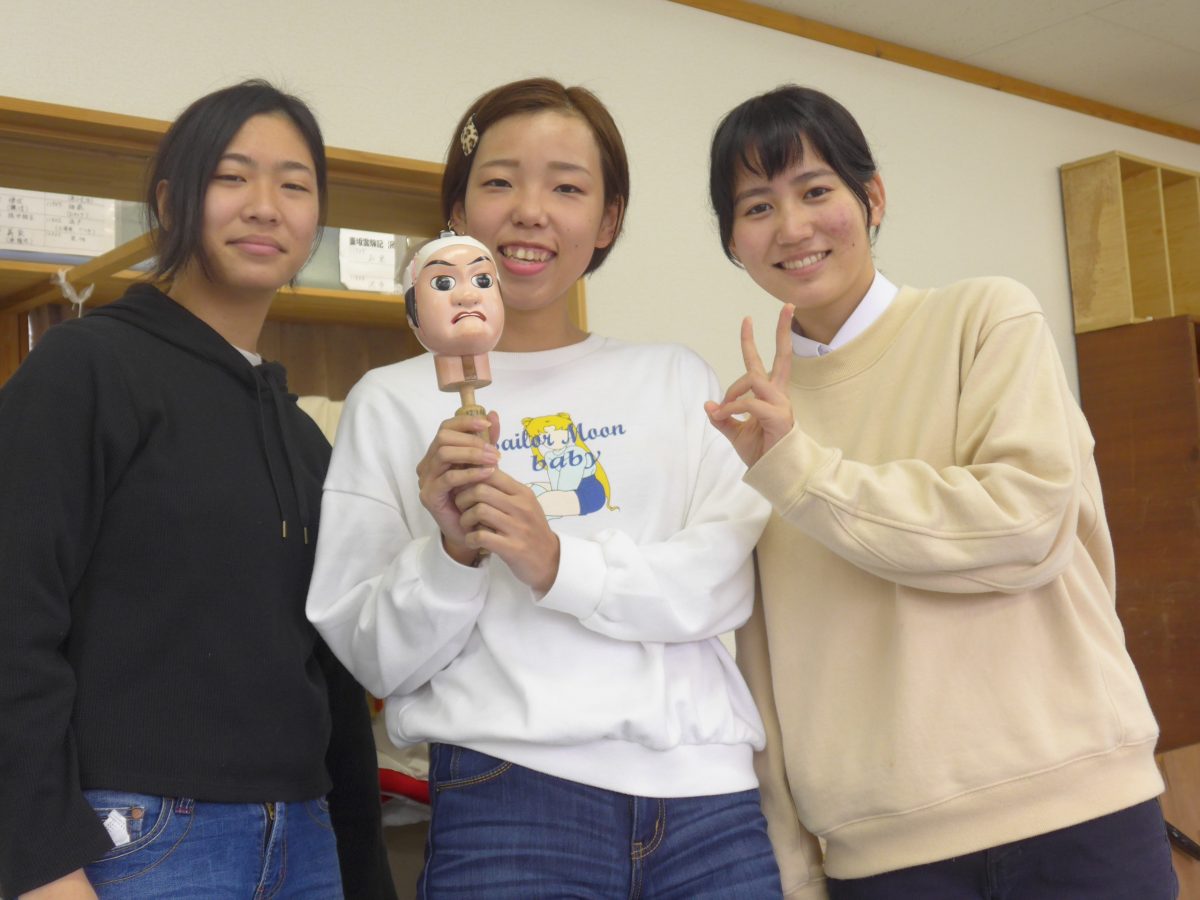 During the break time, catch the young girls of expectation! There were many opportunities for participation, such as meeting in an elementary school experience classroom or seeing seniors sending dolls and thinking, "It's cool!" What they have in common is the simple feeling that "it was fun to play".
"Are there few people?When I thought that there seemed to be a chance for me, this was more fun than I expected (laughs). It has been going on all the time. ''
He laughed carefreely and showed me the "head" of "pear splitting". 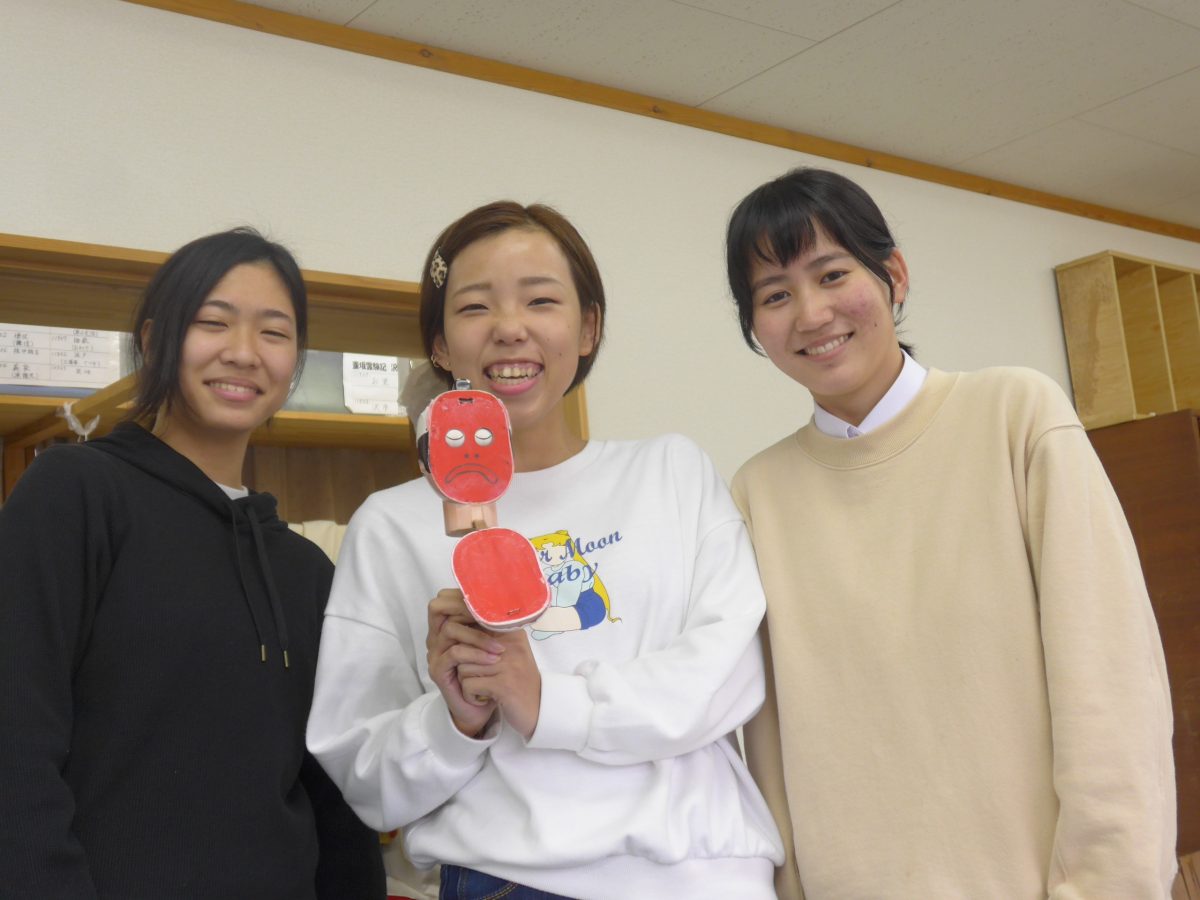 If it breaks from the forehead part, the inside is bright red and the centerpiece is Kyorokyoro.
It seems that it is the so-called “Kanare” role, but it may surprise you because it suddenly breaks. However, it was humorous somewhere even though it was grotesque, so I just laughed.

Folk entertainments, which were arbitrarily assumed to be “high thresholds”, seem to be a very friendly world. First of all, we need to watch the stage in February when Goza meets together. So, if you're so surprised, maybe next year, let's aim for the stage. 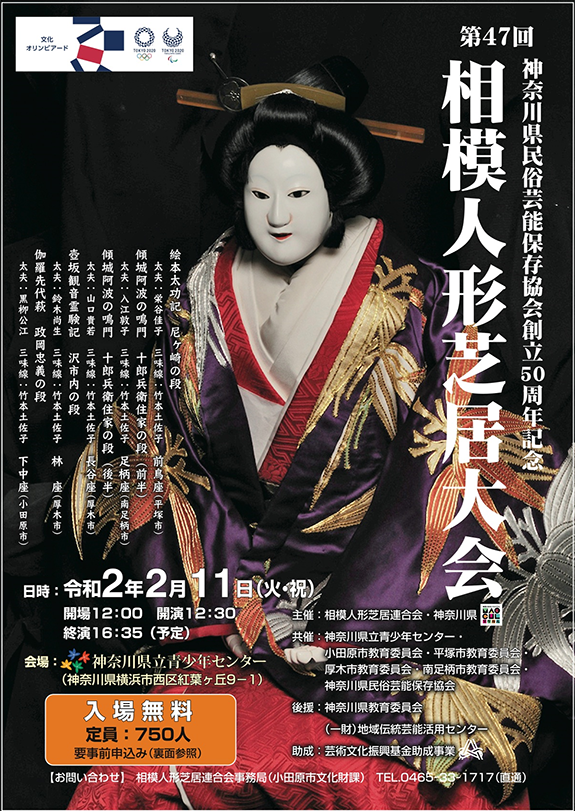 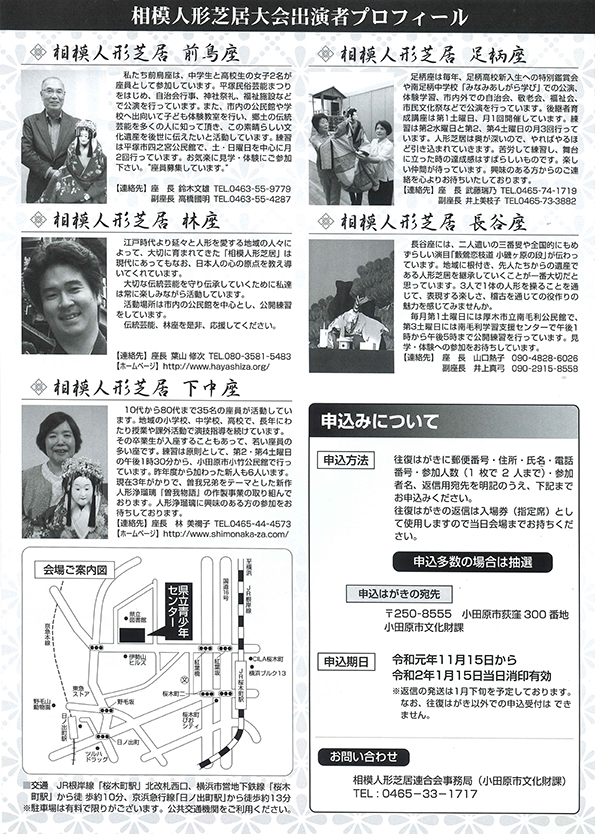