"Kinema walk" that introduces the mini theater in Kanagawa prefecture. The second protagonist is a unique mini-theater consisting of a theater with only 28 seats and a trattoria, which we are proud of being the smallest in the world.

If you walk about 10 minutes from "Tobe Station" on the Keikyu Main Line or "Nishi-Yokohama Station" on the Sagami Railway Main Line, you will be invited to a small shopping street crowded with locals. In this Fujitana shopping district, which is also known as downtown Yokohama, long-established stores that have been around since the Taisho era and new stores that incorporate trends coexist in a well-balanced manner. 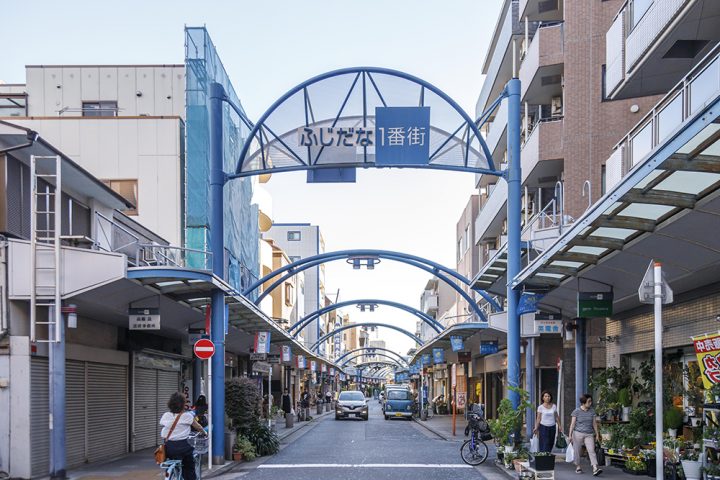 When I entered the back of this shopping street with a nostalgic atmosphere, I noticed a signboard with the faces of famous stars from around the world. The characters lined up on the white gate like a temple are "Cinema Novecento".

From the appearance that fits the appearance of the shopping street exquisitely, it seemed that I had been watching over this place for a long time, but it was opened in 2015. It's so dignified that it's hard to believe that it's been less than 10 years since it opened. The representative, Mr. Katsuhiko Minowa, originally operated a cinema bar called "The Grissom Gang" in Kawasaki, but closed in 2013 due to the aging of the building and newly opened "Cinema Novecento" in this area. It will be opened. 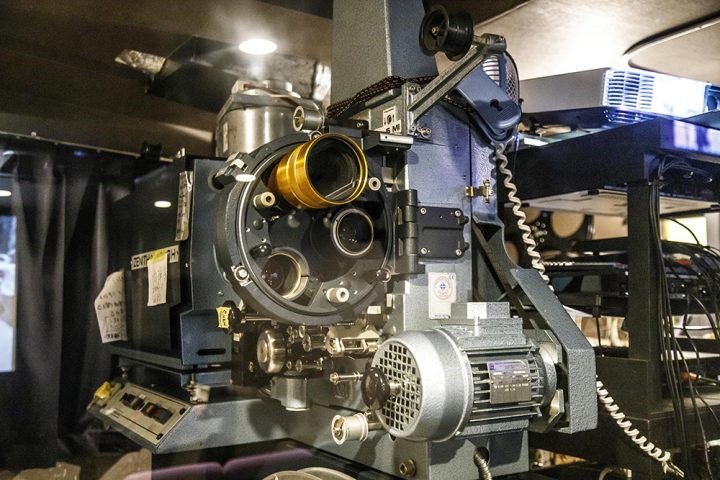 The narrow staircase just past the gate is filled with still photographs of the walls and ceiling, giving you the feeling of stepping into the world of cinema. When you arrive on the 2nd floor, you will be greeted by a receptionist who doubles as a shop, and a spacious bar space will appear. In this theater, the lobby area is a bar, so you can have a drink right after enjoying the movie! Novecent (I)Like the Talia word for 1900), this bar is also known in Italian as "trattoria".

This theater, which we are proud of being the smallest in the world, has 28 seats! It's a size that makes you think that it's just "minimum", but the distance to the screen is so close that it's easy to immerse yourself in the movie world. Whether you're watching a movie in a big movie theater or watching a movie at home, it teaches you how to taste it differently. The purple and yellow seats that add color to the black-based theater are said to have been taken over from the movie theater "Kichijoji Baus Theater," which was regrettably closed.

This theater, where you can feel the love for the representative movie everywhere, is loved by many regulars, and it seems that some people visit from afar. I felt that it was a place where the theater, the audience, and the people involved in the movie were united, as the opinions of the audience were incorporated into the guests of the screenings and talk shows.

Cinema Novecento is one of the "movie theaters I want you to visit" for movies that can only be seen here, for hidden masterpieces that you haven't seen yet, and for a once-in-a-lifetime meeting.