The world of art that you can go, see, and feel
File.9 Yokohama Museum of Art "Isamu Noguchi and Saburo Hasegawa-What Changes and What Doesn't Change" Exhibition
Miyuki Inoue (Magcal editorial department)

Isamu Noguchi's "Akari" series is widely known because it is still manufactured and sold as a lighting fixture. But who is "Saburo Hasegawa"?
The subtitle of the exhibition is "Rediscovering Japan in the 1950s." In the United States, where Noguchi was based, it was the heyday of "Mid Century." Saburo Hasegawa must have left a stylish work. I have a feeling that I will be able to meet a wonderful world. 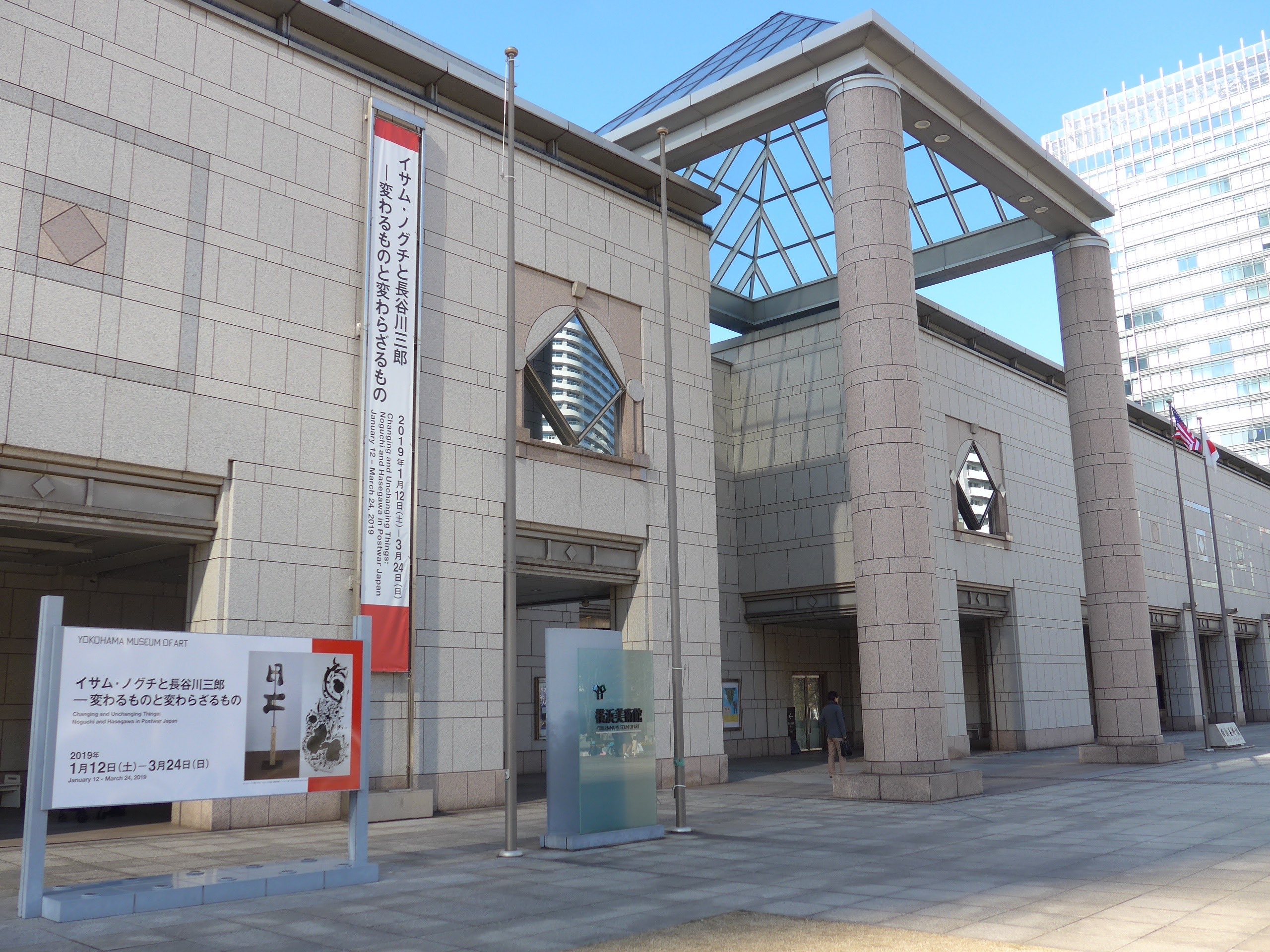 I went to a press preview held just before the opening. Gallery talks by curators will be held during the exhibition, but since it is only this day that the exhibition room can be photographed, I took part in a digital camera on behalf of the readers. 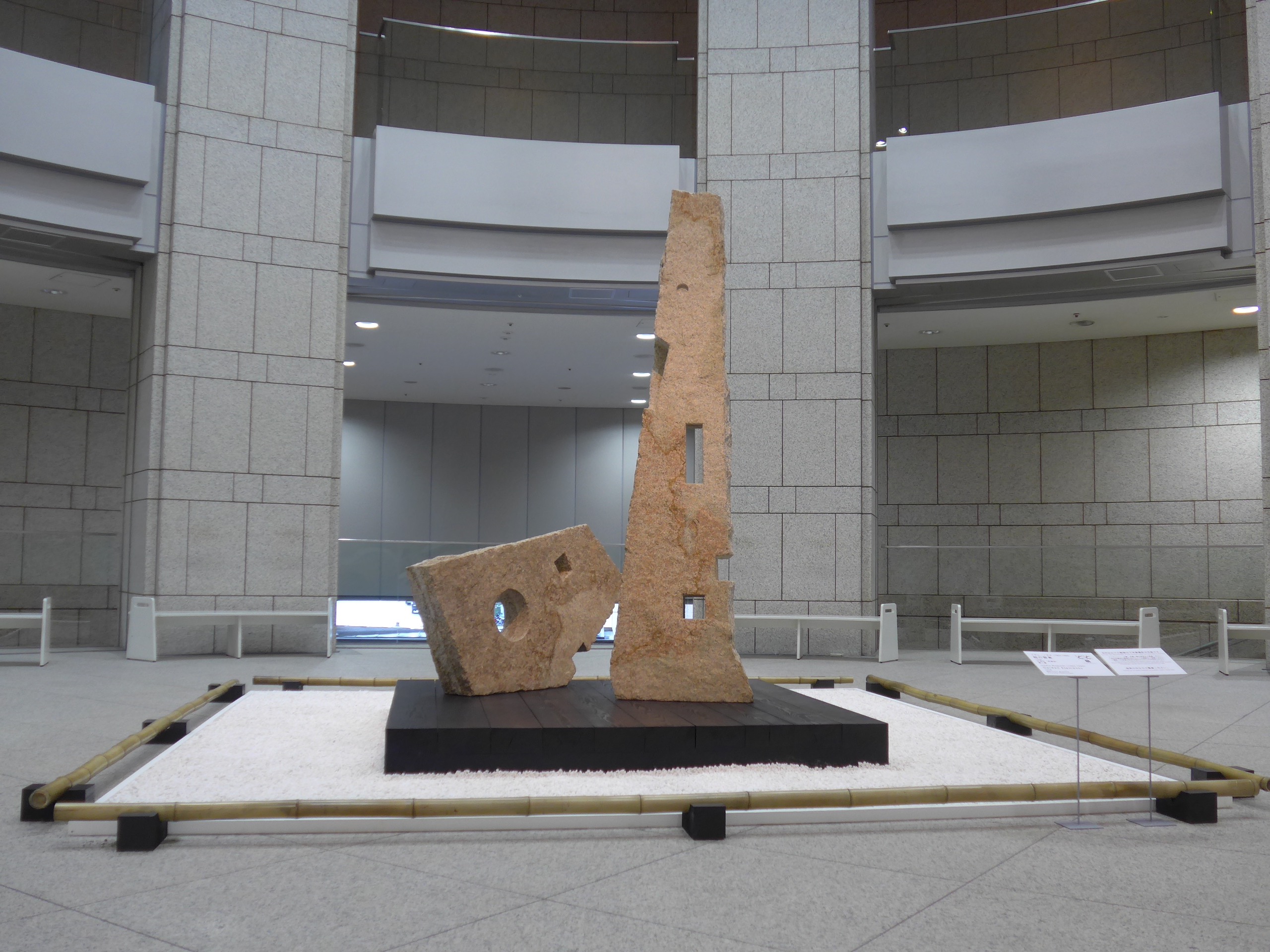 This is Isamu Noguchi's "Garden Elements", which has been exhibited at the Grand Gallery since November 16th (Friday) last year prior to the opening. It was made using Mannari granite from Okayama, and has not been released for a long time since it was announced at a solo exhibition in NY in 1959.
Up to this point, you can enter without admission fee, so first of all, I would like to thoroughly appreciate the work in a bright and spacious space. If you think "Oh ~", go to the ticket window! 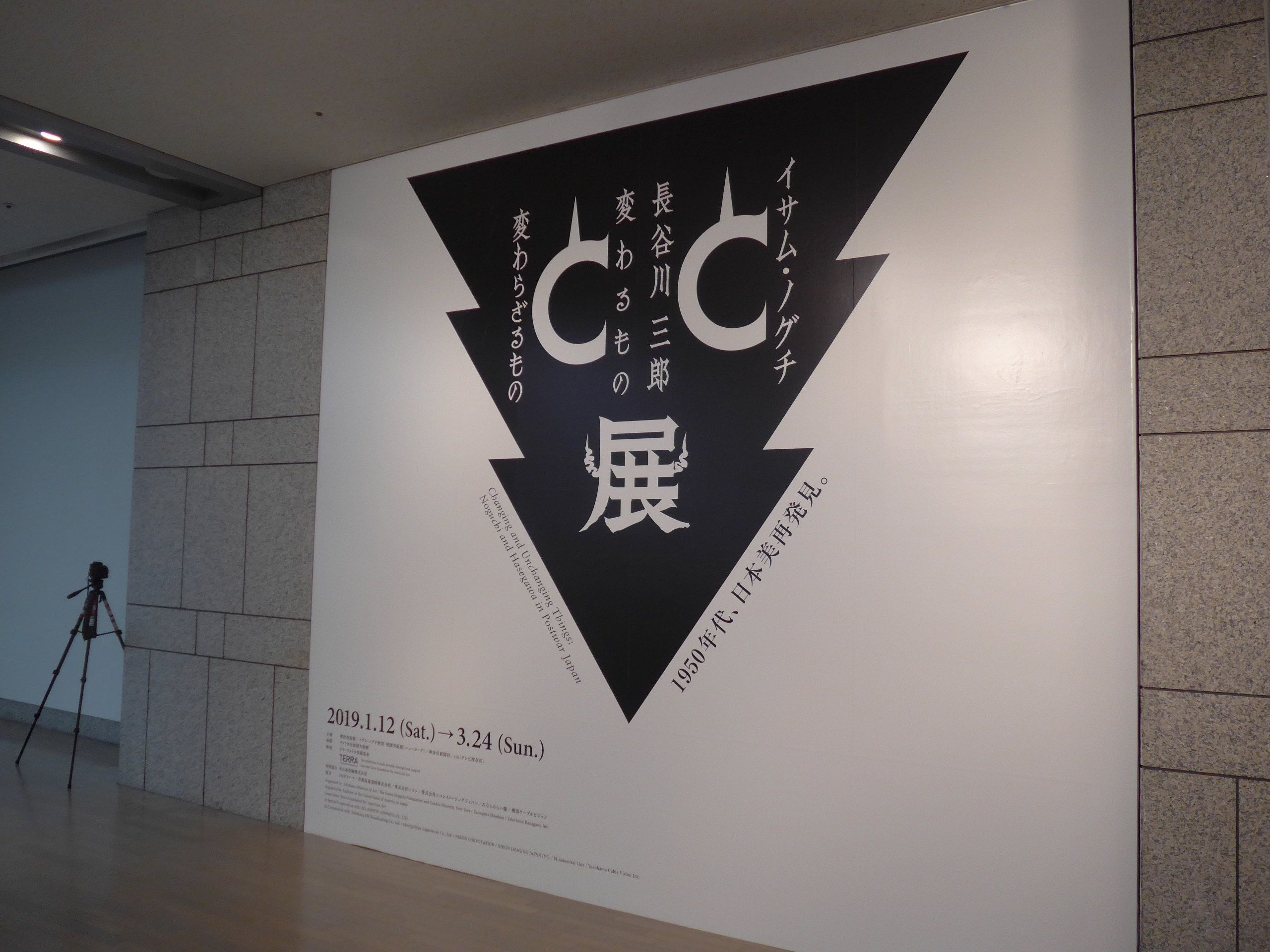 Isamu Noguchi (1904-1988) is a sculptor who was born to a Japanese father and an American mother and was active mainly in the United States. Saburo Hasegawa (1906-1957) was a painter and critic who traveled to Paris in the early 30s and was active in the United States after getting to know Noguchi.
Shortly after the war ... Rather, the two who met in Japan in 1950, which was under US occupation, sympathized with each other's ideas. Hasegawa will be a guide for Noguchi, who was planning to travel to Kansai to visit old cultural heritage. Gardens, architecture, ink painting, calligraphy, tea ceremony, haniwa, clay figurines, dotaku, pottery, haiku, Zen, Taoism, etc. How did the idea of "integration of the old East and the new West" shared by the two people come to fruition as a work from that experience? I stepped into the exhibition room with the feeling of exploring a little academic world. 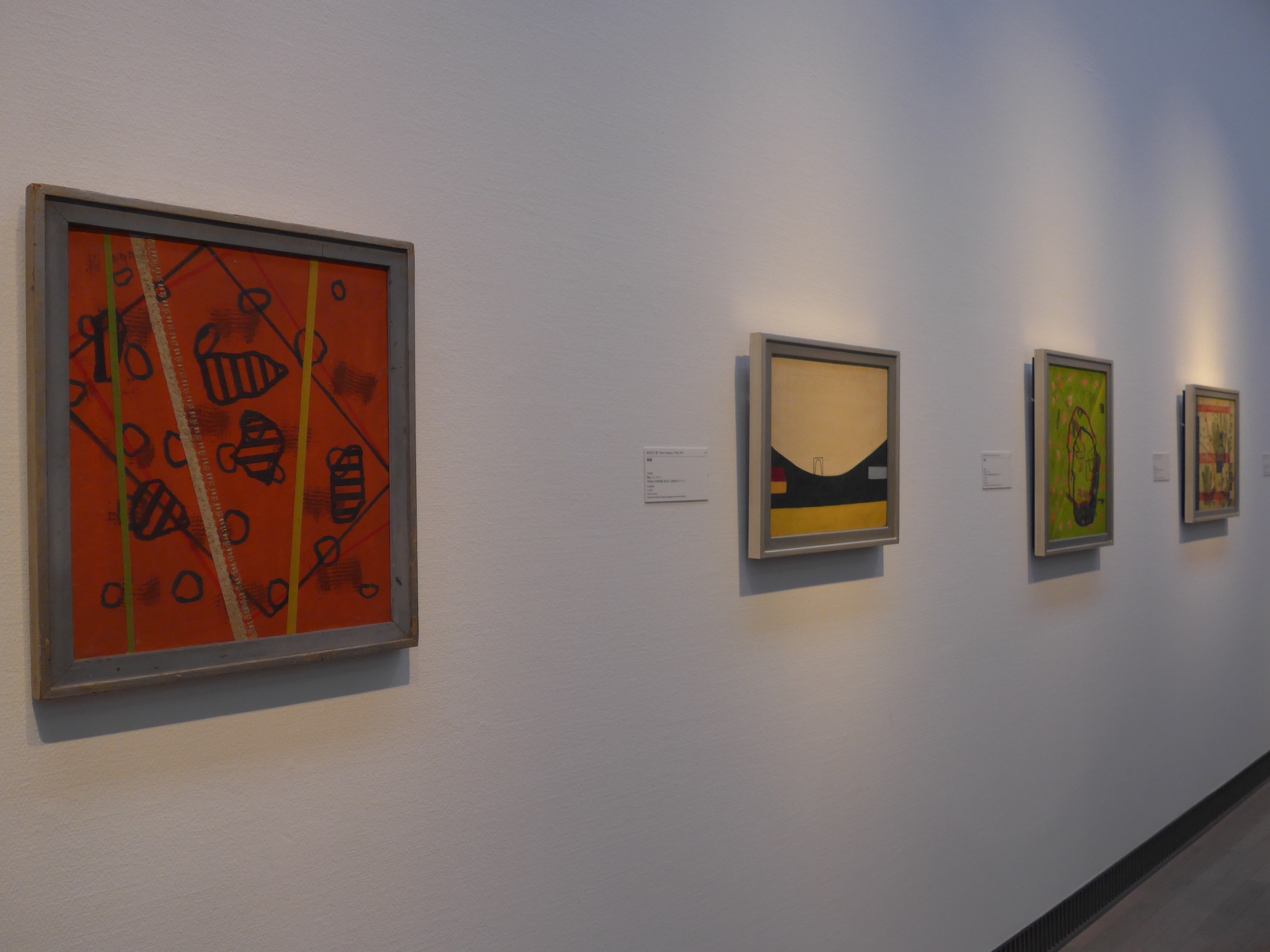 The exhibition consists of 6 chapters, and is structured so that the works of Hasegawa and Noguchi can be viewed alternately and sometimes in parallel.
The first chapter. Hasegawa's work that I saw for the first time was so avant-garde that I was surprised! There are oil paintings, photographs, collages, prints, rubbing books, and so on. It's a pity that the photo doesn't convey that "feeling of flying".
Hasegawa was involved in the establishment of the "Free Artist Association" before the war, and in 1947 after the war he formed the "Japan Avantgarde Artist Club" and resumed his activities as a painter. As you can see from his career, there was a super avant-garde world that didn't feel old even now. 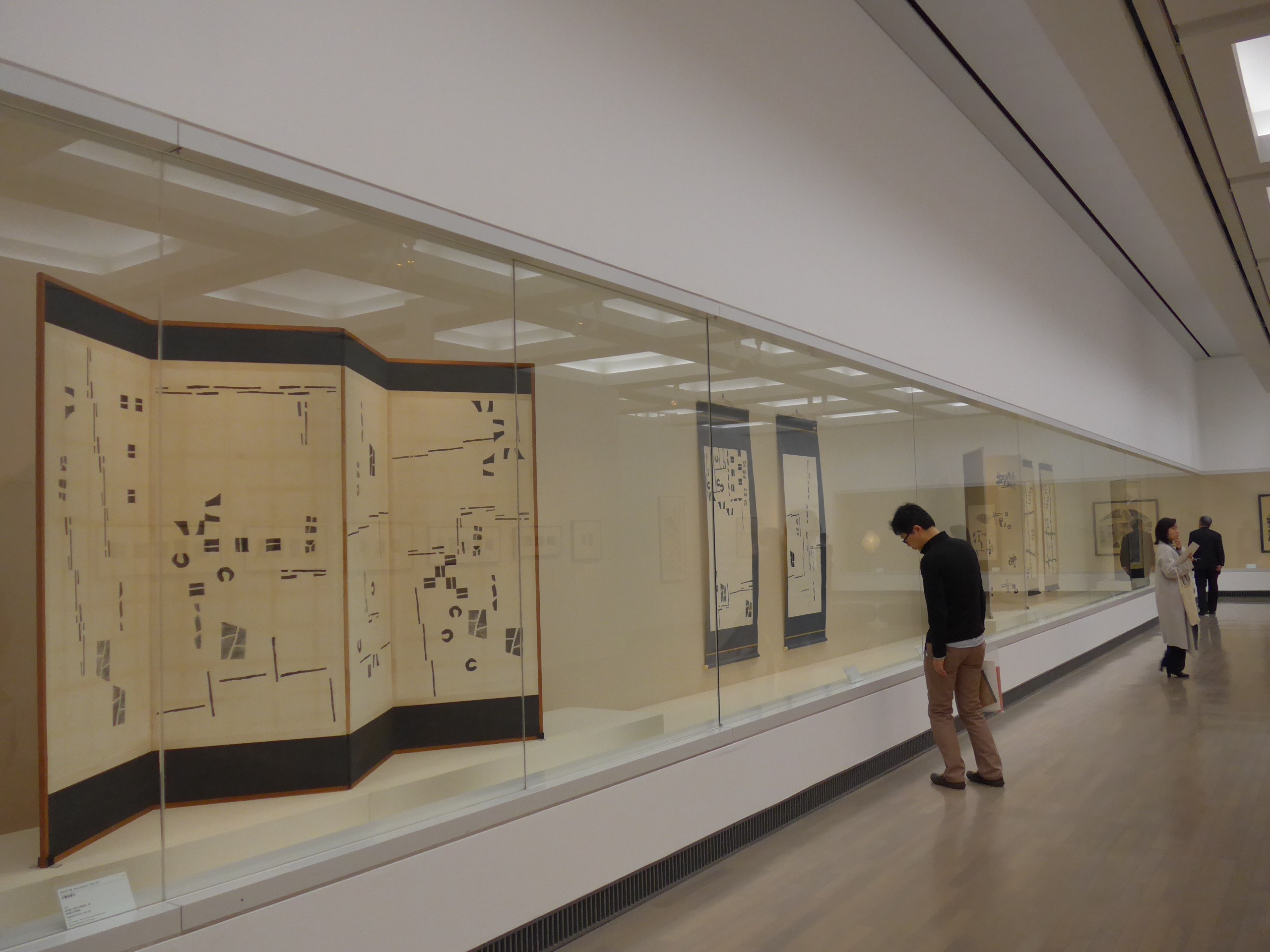 I regret that there was such a cool person, I'm sorry I didn't study. Hasegawa went to the United States after meeting Noguchi. He moved his base of activities to the United States and died shortly afterwards, so it seems that he was almost forgotten in Japan.
On the other hand, in the United States, he held solo exhibitions and lectures in NY, and after moving to the west coast, he also influenced Beat Generation writers, and he was noted as a darling of the times. However, it seems that he has hardly spoken after his death because he is not an American.
It's just "likely" and it's a wasteful story. 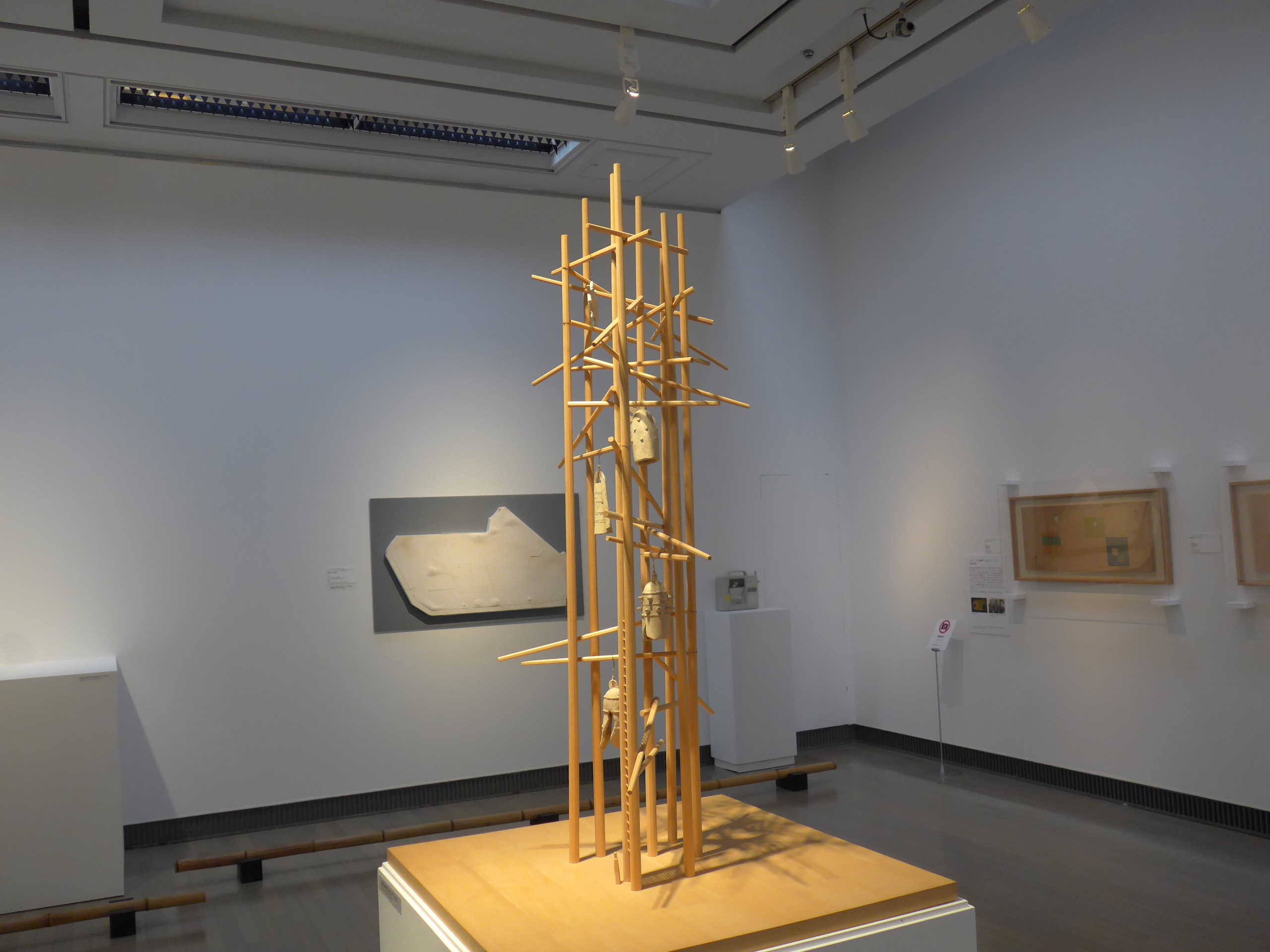 When I go back and forth between the West and the East and carry out creative activities and think about the relationship between the two who have influenced each other from their respective standing positions, I come across the word "globalization" that has been touted in recent years. Did they struggle to read the world long before such words were said? The meaning of "what changes and what does not change" in the title may be much deeper. 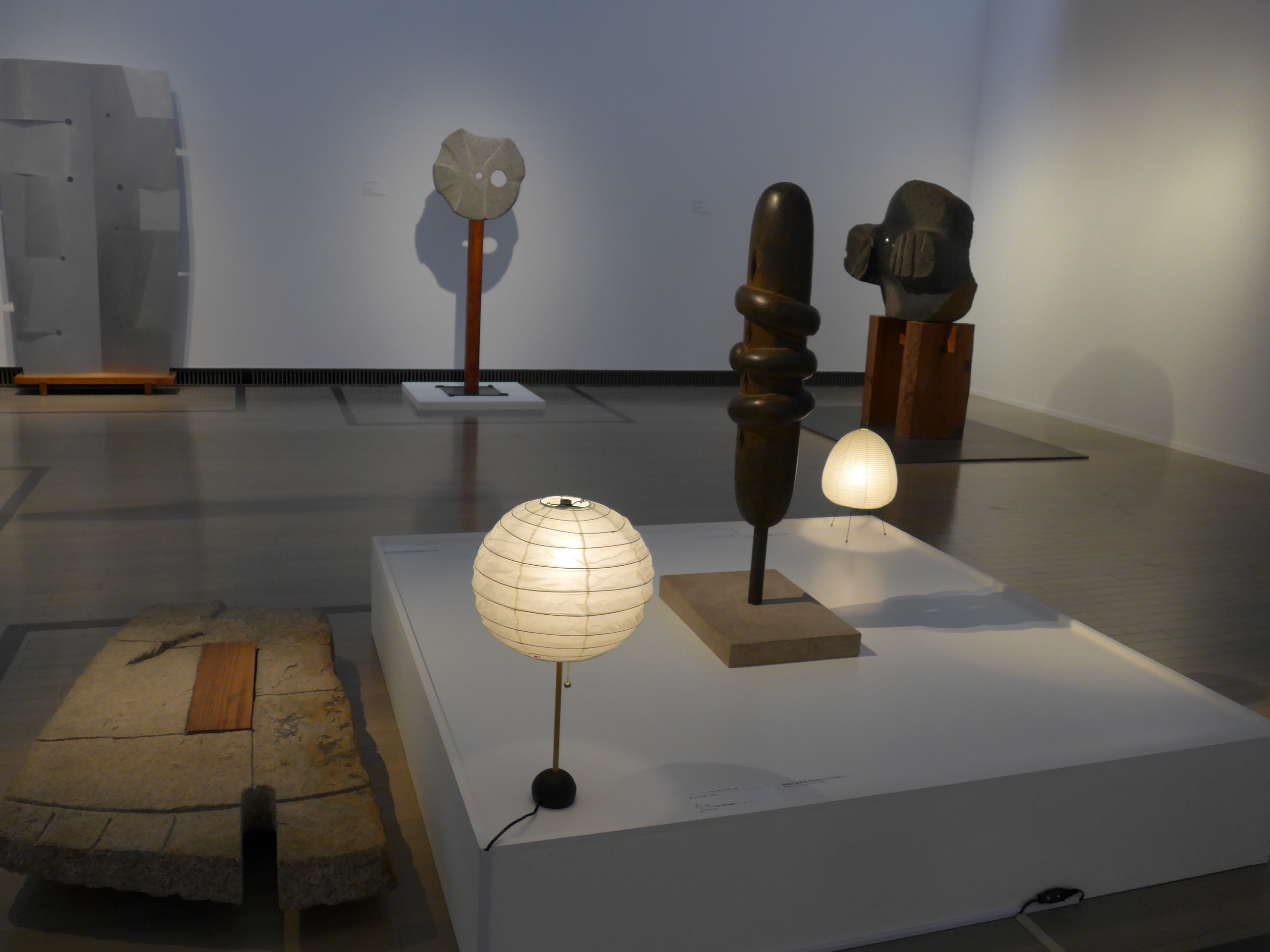 This is Chapter 6, a group of works since 1954 that Noguchi created with inspiration from oriental and Japanese culture. The familiar "Akari" and the "Garden Element" exhibited in the Grand Gallery also belong to this category.
This exhibition room is somewhat calm, probably because Noguchi's works are often touched in Japan today. I may have been nervous without realizing it in the values I touched for the first time.

In this exhibition, not only the charm of the work itself, but also the social themes such as "intercultural exchange" and "globalization" are moving. During the exhibition period, an event will be held inviting a variety of lecturers, so please use your five senses to experience "what changes and what does not change".