Where to See Noh in Kanagawa?

Noh, alongside kyogen, kabuki and bunraku, is one of Japan's most revered classical performing arts. With a history dating back more than 600 years, it is an integral part of Japanese art, society and community. From Niigata’s Sado island to Kurokawa village in Yamagata, noh is practiced all over Japan and has developed original styles and repertoires unique to each area.

Kanagawa also plays host to a wealth of noh performances at various dedicated noh theatres, shrines and spaces which can be found throughout the prefecture. Noh is characterized by both its song and dance performances, as well as its use of colorful masks and beautiful costumes. The masks, in particular, are hand-carved from blocks of Japanese cypress and painted with natural pigments on a neutral base of glue and crunched seashell.

Noh has had a profound influence on western art and literature. From T.S. Eliot to the works of Samuel Beckett, Japanese noh can be found in the veins and arteries of western performance to this day.

Some of Japan's larger noh theaters offer language support but it is still rare to find noh in English or other languages. Don't let this put you off, however, as the archaic form of Japanese used in noh is almost unintelligible to most Japanese people nowadays. The narratives in noh are universal and as it is a genuinely visual art form the spectacle alone is worth the visit. Most of the theaters below have language support for ticket reservations and some may have information about the performances in English but you shouldn't count on it.

Dating back to 1875, Yokohama Noh Theater, which can be found near the popular Sakuragicho area of Yokohama, is a space dedicated to showcasing the centuries old traditions and history of noh whilst also producing new work in collaboration with international companies. In addition to the staging of noh classics, the theater also holds regular exhibitions of noh and kyogen costumes and musical instruments which are as integral to the performances as the masks.

A short walk from JR Kawasaki Station, visitors will find the legendary Kawasaki Nohgakudo Hall where performances of noh are held four times a year. With a capacity of only 148 seats, however, it's best to get your reservations in as early as possible as noh theatre is still popular and can sell out quickly. With a traditional noh stage and strict adherence to the traditions of noh, Kawasaki Noh Theater is a conveniently located and pleasant space to view one of Japan's most iconic cultural treasures. 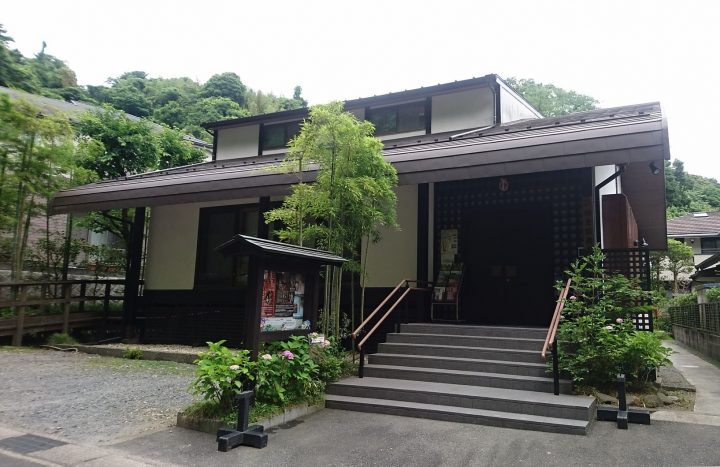 It's unsurprising that Kamakura, the ancient Japanese capital, plays host to a noh theater. Kamakura is home to a panoply of shrines, temples and gardens which are rooted in the history and culture of Japanese history. Noh is as crucial to the understanding of Japanese performance art and culture and the Kamakura Nohbutai, which was established in 1970, is an ideal location to see noh being performed throughout the year. The space also has a quaint mini noh museum where visitors can see exhibitions of noh costumes, fans and have the opportunity to take photographs of the revered noh stage. 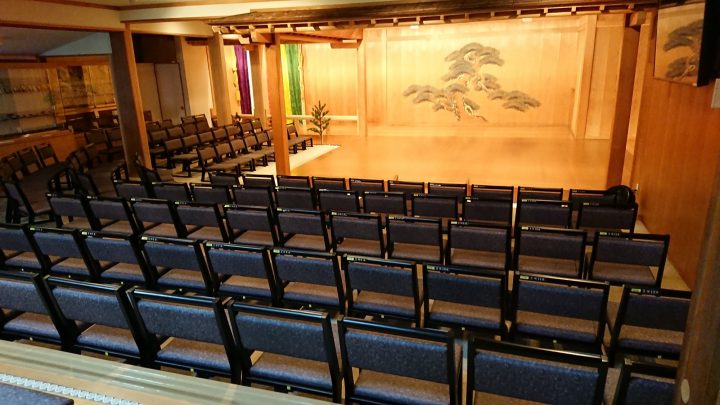 
Oyama Afuri Shrine Noh and Kyogen
Located on the spectacular Mount Oyama, Oyama Afuri Shrine is one of the most well known religious spots in Kanagawa Prefecture. In late August, during the shrine's Autumn Festival, attendees can witness some very special performances of both noh and kyogen which are, in turn, offered to god. The shrine, which is believed to date back to 97 BC, also hosts a noh festival in October in which performances are held outside surrounded by the forest and lit by torches. Tickets are available to purchase as well as there being a selection of free tickets which are chosen by lottery. Mount Oyama and Oyama Afuri Shrine are sacred and beautiful locations in which to tune yourself to nature and the performance culture which runs through the veins of the local people and communities.

Shomyoji Temple Noh performances
Another religious institution which hosts noh performances is Shomyoji Temple in the Kanazawa district of Kanagawa Prefecture. Often in May, the temple is transformed into a takigi-noh (outdoor and by torchlight) stage with thousands of spectators. With an ethereal and magical atmosphere, visitors can experience the nuances and delights of this centuries-old art form and the intricate paraphernalia such as fans, costumes and instruments which accompanies it. Seeing noh theater live is akin to a religious experience. Ritualized and venerable, witnessing noh up close and personal is a real once-in-a-lifetime experience with Kanagawa Prefecture playing a central role in its survival and popularity.