This summer, the Tokyo 2020 Olympics were held.
Under the scorching sun of Tokyo, the fierce battle between athletes from each country was quite spectacular even on TV.
This summer, when hot eyes from all over the world gather in Japan, Kanagawa Prefecture and the Tokyo 2020 Organizing Committee will serve as the official cultural program "Tokyo 2020 NIPPON Festival" for the Tokyo 2020 Olympic and Paralympic Games so that it will become a symbol of solidarity that transcends all boundaries. The programs sponsored by will be delivered online in sequence.

"ONE-Our New Episode-Presented by Japan Airlines," which is one of the three sponsored programs sponsored by the Tokyo 2020 Organizing Committee, has the theme of "Toward the Realization of a Sympathetic Society," with disabilities, gender, and nationality. It is a program that creates opportunities to feel the value, realize it, sympathize and resonate, and change consciousness and behavior by shining, meeting, and interacting with each person's different personalities.
This program consists of two businesses, "Our Glorious Future ~ KANAGAWA 2021 ~" and "MAZEKOZE Island Tour".
This time, we will pick up ", Our Glorious Future ~ KANAGAWA 2021 ~ Kagayaku Mirai Gamiel Kanagawa 2021" sponsored by Kanagawa Prefecture and the Tokyo 2020 Organizing Committee.

This is a distribution program in which artists dance, sing, perform, and fascinate, set in a group of buildings (= Momijigaoka Cultural Zone) by Kunio Maekawa, a pioneer of Japanese modernist architecture, including the Kanagawa Prefectural Music Hall. Viewers should keep an eye on the direction of the elite in each field.
"Dance," "drama," "art," "music," and "crafts" are transmitted from the Momijigaoka Cultural Zone. First of all, let's introduce the unique directors and curators who take command in each department and create the program.

"Dance Mirai" is by Kaiji Moriyama, a dancer and choreographer from Kanagawa prefecture.
In 2005, he was described as a "wonder dancer" by the New York Times in "KATANA", and was invited to the Venice Biennale in 2007. In addition to performing works in Japan and overseas, he is actively engaged in expression activities in a wide range of media, such as the Japan Committee for UNICEF "World Hand Washing Dance", video production by visiting welfare facilities, and supervision of elementary school textbooks.
In the distribution, under the theme of "Each person is different," Kaiji Moriyama, Kodue Hibino, and Kosuke Kawase collaborated on the "LIVEBONE" series, inviting a prosthetic leg dancer, Koichi Omae, as a guest artist. , In addition to the new video produced at Kanagawa Prefectural Music Hall, a masterpiece of Maekawa architecture, Kaiji Moriyama, Koichi Omae solo performance, and "WONDER WATER", a performance that vividly depicts various creatures coexisting in the sea, will be released in sequence. ..

Junnosuke Tada, a director from Kanagawa prefecture who presides over Tokyo Death Rock, in "Theatrical Mirai".
From classics to contemporary plays, novels, poetry, and other texts from ancient times to east and west, he has cultivated the problems of modern society, and has also engaged in many workshops and creations with people who do not specialize in theater at schools and cultural facilities. We also do a lot of co-production.

The "Shiruyaru Kawaru Iru Odori Project" to be delivered this time is a project directed by Junnosuke Tada to take a step toward the realization of a symbiotic society from knowing oneself and others. With hints for symbiosis, interviews with people who are doing activities that trigger symbiosis, documentary videos of workshops, and Bon Odori as a motif, we will give a ceremony for the dead people, lost things, and our future. We will deliver .

"Mirai of Art" is Mr. Yu Fujikawa, a curator of the Chigasaki City Museum of Art.
Specializing in contemporary art and educational dissemination, he plans many exhibitions and programs that utilize the environment and space to work on the five senses of people. The "Road to the Museum" exhibition (2019), which was planned through research on artists, people with disabilities, and the region, has received high praise from all sides and attracted attention as a new attempt at art for diverse people. I collected it.
The works of the five artists selected by Mr. Fujikawa will be created with tangible and intangible things such as people, living things, light, sound, and wind, in response to the place, set in the architectural group of Kunio Maekawa. Now that we are constantly changing in a big flow, through works that stand in an empty space, we deeply think about the existence of human beings that we were supposed to welcome, and think about the coexistence of small existence and various things. Create a moment to go around. 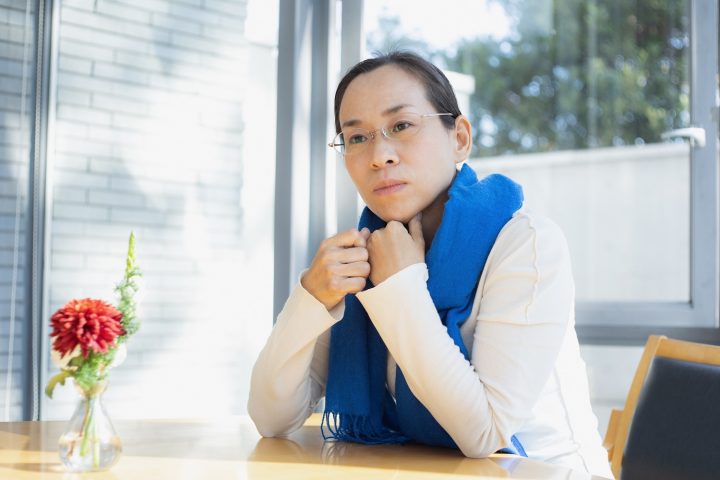 In addition, in the "Music Division", rock band Salsa Gumtape, which was formed by Tetsu Kashiwa with members with disabilities and is based in Kanagawa Prefecture, and Western music by shakuhachi player Kifu Mitsuhashi, who is active in Japan and overseas. Multicultural coexistence called collaboration of Japanese music is also realized, and live performances that can be enjoyed to the fullest will be delivered. Stay tuned.

Finally, in the "Crafts Division", we will introduce the works of Mr. Masahiro Maeda, a potter who has been creating based in Kanagawa and Yokohama for more than half a century and is a leader in the contemporary craft world, and the works of potters who represent Kanagawa.
Don't miss the talk show on the theme of crafts and food by Mr. Hiroo Ueno, the editor-in-chief of a cooking magazine.

The videos will be released on the official website ( https://www.pref.kanagawa.jp/docs/yi4/portal.html ).
Please take a look.

Draw your favorite picture. Sing as you wish. Create what you imagine. Write a sentence.
First of all, I think that it is the key to the diversification of the world and the realization of a symbiotic society that everyone finds and expresses what they like, seems to be, and wants to do.

At the Tokyo 2020 Olympic and Paralympic Games and the Tokyo 2020 NIPPON Festival, which is a cultural festival, I hope that your Mirai's step will be a Mieru opportunity.