Kamakura-dono and the land related to Hojo Yoshitoki

It's been about two months since the NHK Taiga drama "The 13 Lords of the Kamakura" started broadcasting. At this point, the hero's impression of Hojo Yoshitoki is youthful and I get the impression that he is working hard on everything. I am very much looking forward to becoming the second authority of the Kamakura Shogunate through various twists and turns in the future.
This time, we will introduce the places related to the main character, Hojo Yoshitoki. 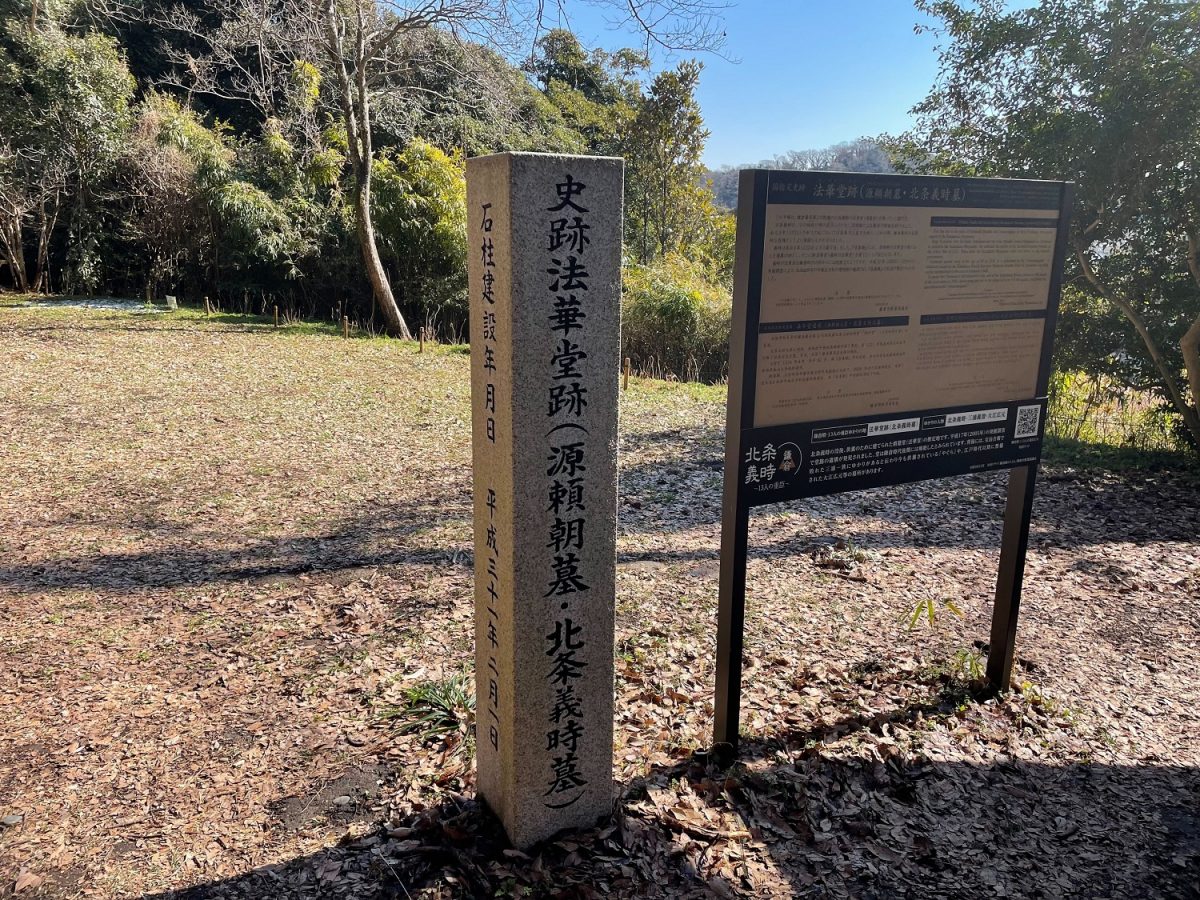 If you go up the dozens of stone steps, you will find a slightly open area. This is said to be the site of Hokke-do at the time of Hojo Yoshitoki. Currently, only the territory is left, and no buildings are built. 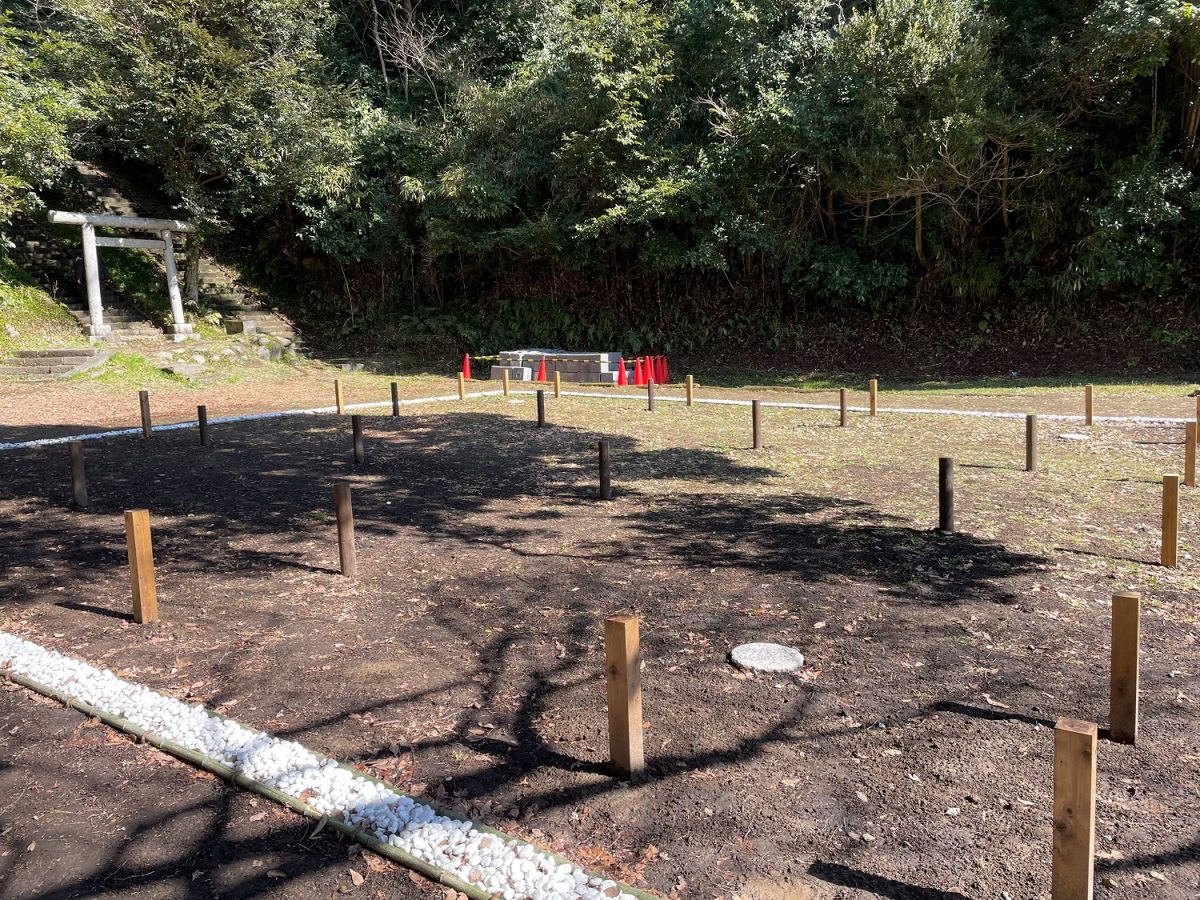 However, if you download the app on your smartphone, you can see the building at that time in AR. * You need to download the dedicated app.

There is also the tomb of Minamoto no Yoritomo and Hiromoto Oe nearby, and you can see that he was considered one of the most powerful people at that time at the time of Hojo Yoshitoki.
📍 2-5 Nishimikado, Kamakura City, Kanagawa Prefecture

Spot 2 Houkaiji Temple
It is about a 15-minute walk from Kamakura Station, at the end of Yokooji in front of Tsurugaoka Hachimangu. 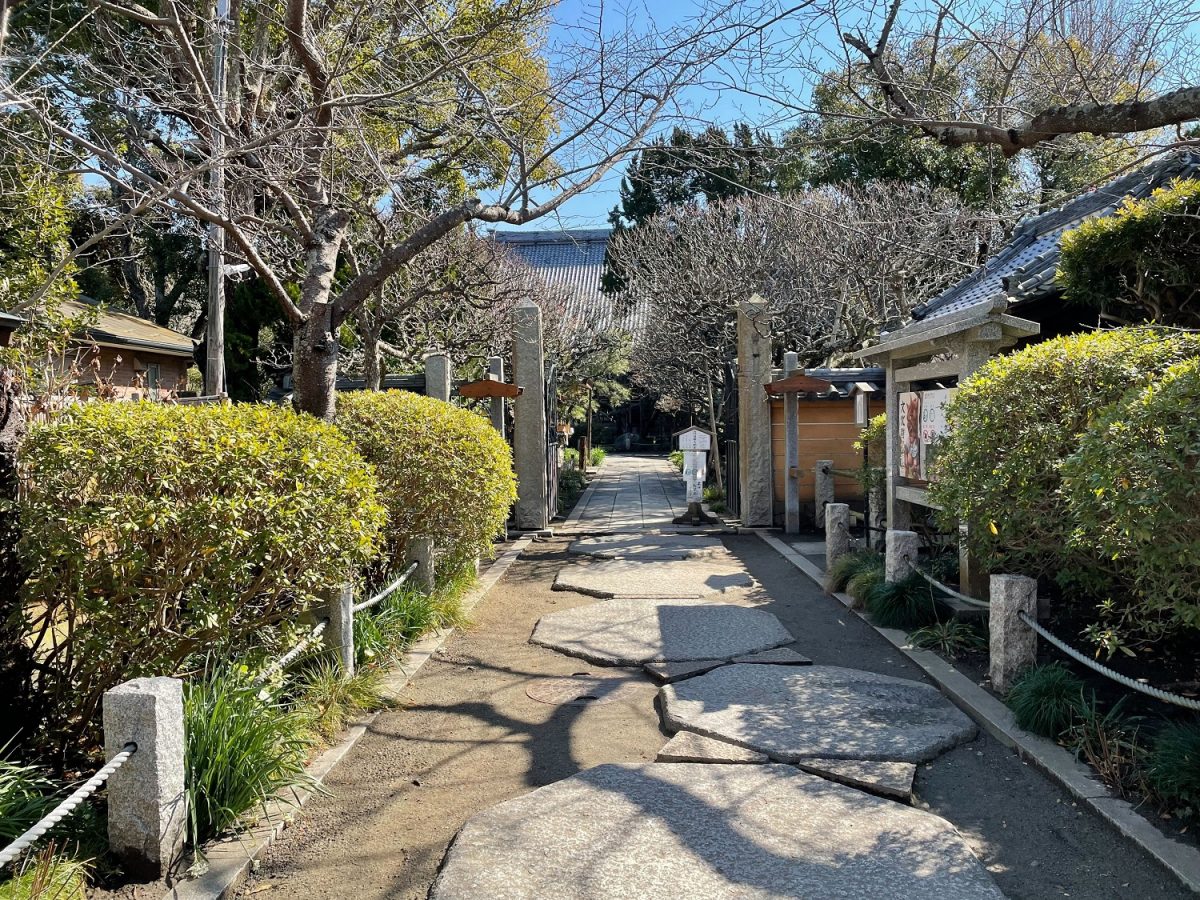 It was erected in 1335 on the site of the Hojo successive sovereignty residence, which was said to be the Komachi residence. It is said that Emperor Go-Daigo ordered Takauji Ashikaga to build this for the requiescats of Hojo. 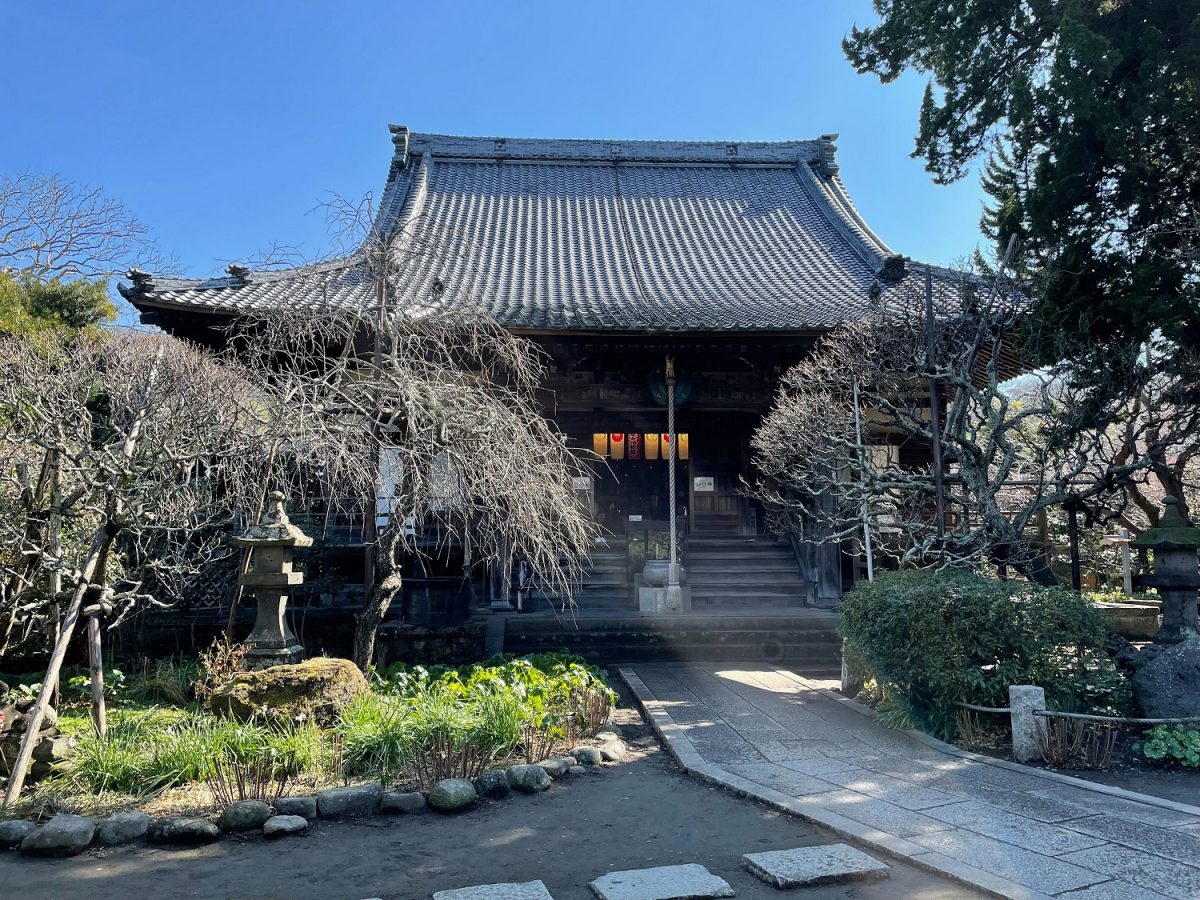 Even ordinary worshipers can go up to the main hall (paid / adults 300 yen, junior high school students 200 yen, children 100 yen), and can pipe the principal image of the child-rearing sutra Jizo Bodhisattva. Hokai-ji Temple is also called "Hagi-no-Temple", and the precincts are decorated with cherry blossoms in spring, Hagi in autumn, and other beautiful flowers in each season.
📍 3-5-22 Komachi, Kamakura City, Kanagawa Prefecture 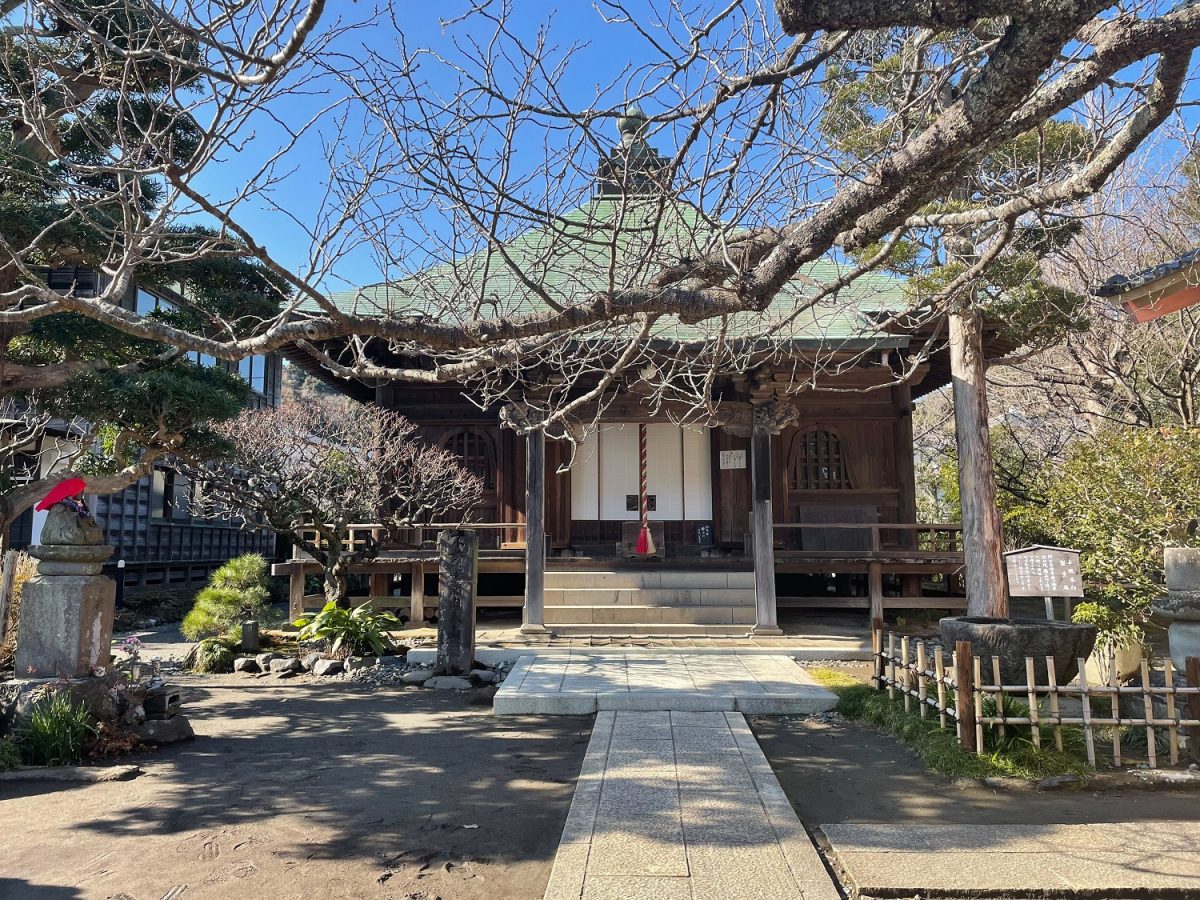 After passing through the thatched roof gate, there is a Yoshino cherry tree on the approach to the main hall, and in front of the main hall, a very rare cherry blossom that is said to be hand-planted by Tokimune Hojo. There is, and entertains the worshipers.
📍 3-6-7 Gokurakuji, Kamakura City, Kanagawa Prefecture 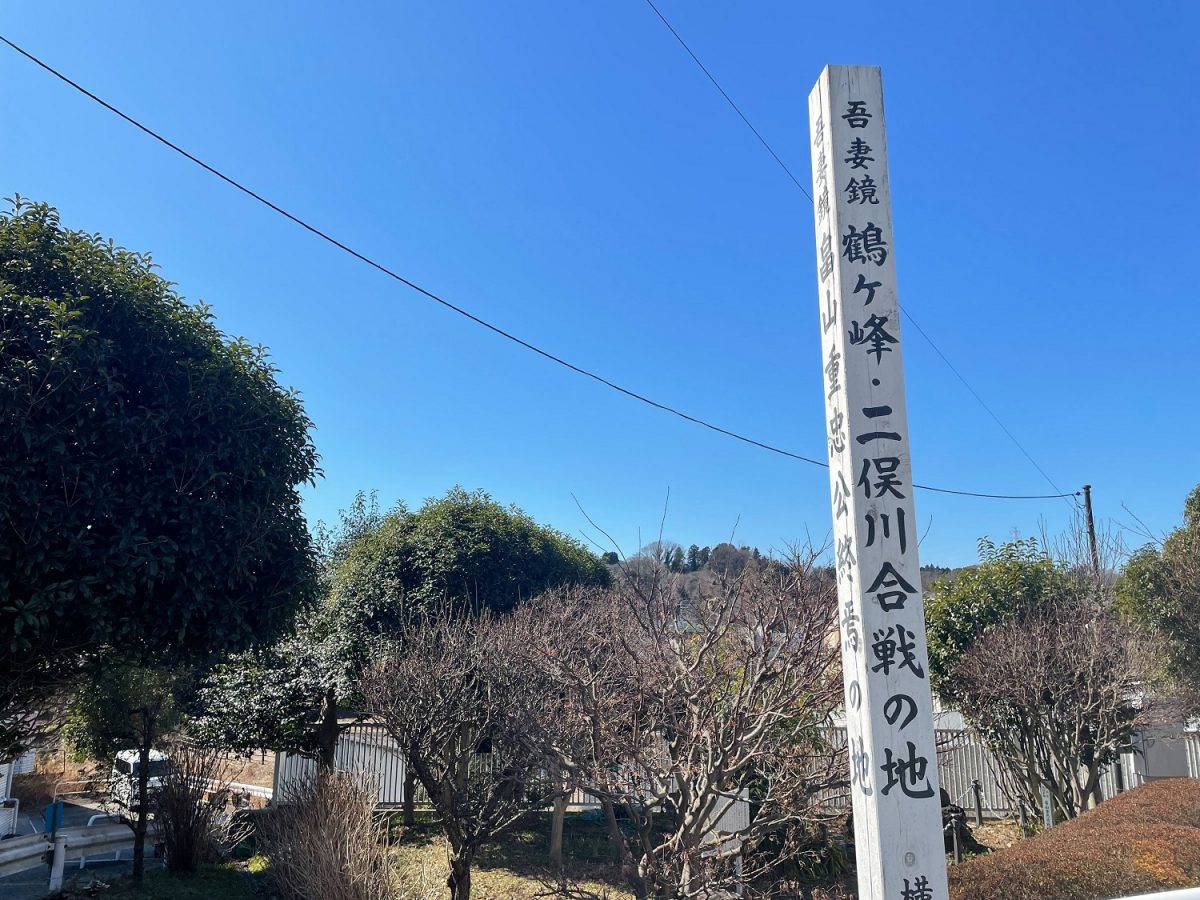 Futamatagawa / Tsurugamine Ancient Battlefield, where the battle between Hatakeyama Shigetada's army and Hojo Yoshitoki's Kamakura army, who was a leading gokenin of Musashi Province (currently Saitama Prefecture, Tokyo, and eastern Kanagawa Prefecture) and had strong confidence in Minamoto no Yoritomo, took place. I have. It is said that this battle was due to the strategy of Hojo Yoshitoki's father, Tokimasa, who wanted to strengthen the rule of Musashi Province, and Hojo Yoshitoki was opposed to this battle until the end. However, in the end, he led a large army and defeated Shigetada Hatakeyama. Currently, only the monument is erected, but there are several historic sites nearby, such as Hatakeyama Shigetada's neck wash well and neck mound. 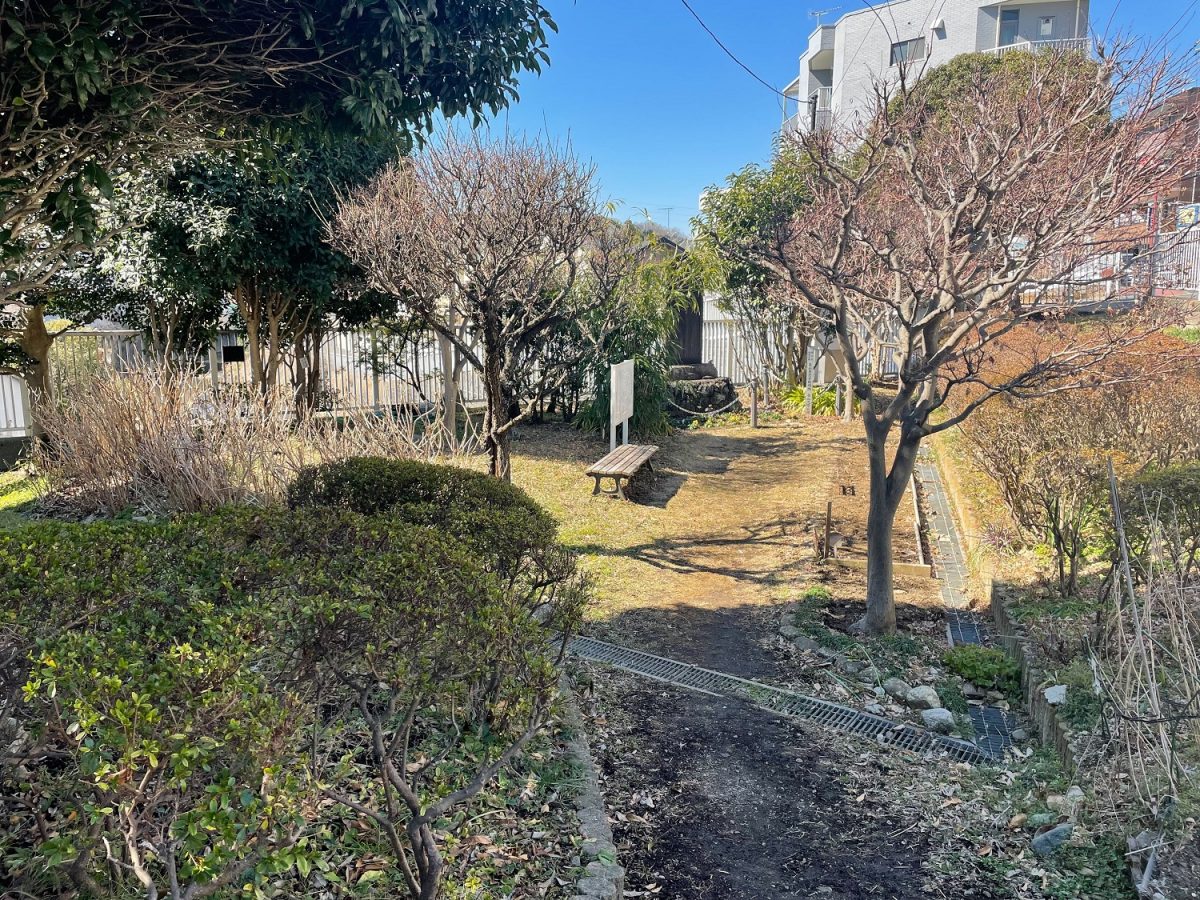 In the early Kamakura period, when Minamoto no Yoritomo died, there were many power struggles by influential gokenins. This battle is one of the symbolic events of the power struggle, and after that, Mr. Hojo will become more powerful.
📍 1-1, Tsurugaminehoncho, Asahi-ku, Yokohama-shi, Kanagawa

There are many places related to Hojo Yoshitoki, but I have introduced four spots that left an impression on me. There are various places where you can still feel the atmosphere of that time, and places where you can only leave a remnant, but if you go around the historic sites while thinking about the people at that time, you may discover something different than before. not.
"Kamakura-dono and the land related to it" Please look forward to the next time.