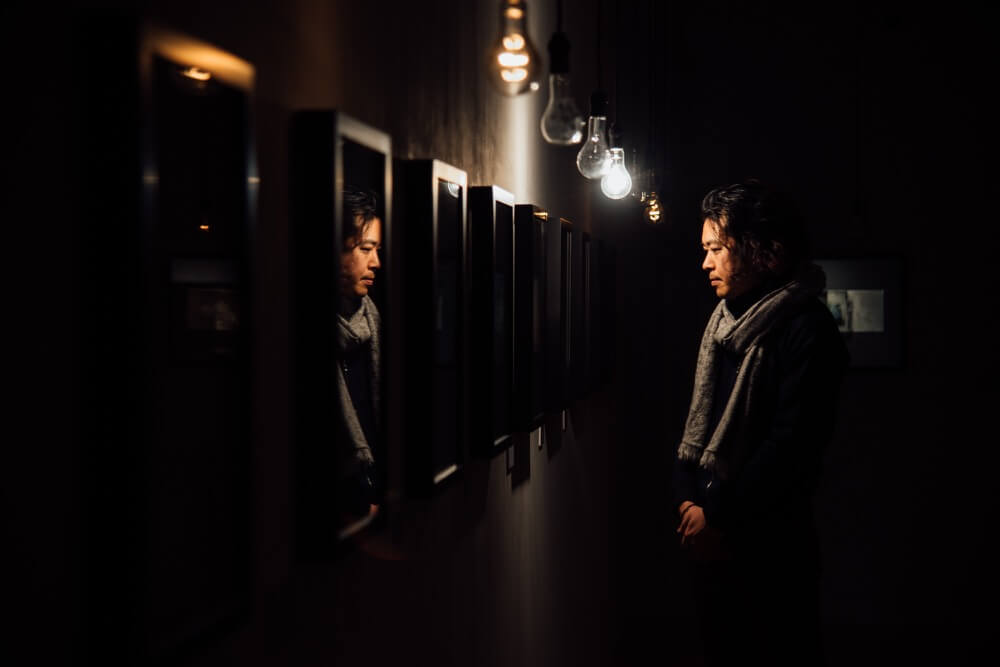 Be prepared and get a standing position

――What is the Daguerreotype shooting process?

The first step is to polish the silver plate, which is then exposed to chemicals, photographed, developed, and fixed. The whole process is 8x10 in size and takes about 3-4 hours.

It takes a minimum of one and a half hours to polish, and a maximum of three hours. Sometimes shooting takes only a few seconds, but for a long time I have to stop at the other person, so I'm still. I can't intervene because I'm left to the other person and the environment, I just feel like I'm just waiting.

――It seems that you are still refining your skills.

I've become able to polish a lot, but there are still some things I don't understand, and I still don't know how to measure the timing of the subsequent photosensitization treatment with iodine gas... I understand that it will be about this width by trial and error, but it seems that it is still under experiment.

The photosensitization process disappears after a few seconds, but the humidity and temperature vary from day to day, so the reaction speed changes. It is not always proportional to the temperature, and it is difficult because you have to do it with your physical sense under the conditions at that time.

――What is the reason for choosing the daguerreotype as the production method, even though it is a time-consuming process?

Immediately after the Great East Japan Earthquake, an overseas magazine asked me to take a picture of the disaster area, and I brought out a digital camera, but I couldn't take it at all. I have undertaken various jobs as a professional, but when I refused the job for the first time and experienced a setback, or when I thought it was useless, I happened to be a daguerreotype and could take a picture. There was only that.

Especially in Fukushima, the first thing I felt when I had a digital camera was that I didn't know where I was standing, or that I was already taking damage from the damaged place. I felt like I was taking a picture and running away. On the other hand, the Daguerreotype has a large camera, such as setting up a darkroom tent on site, so I can't escape. If I'm prepared to shoot, I have to stay there for a whole day to shoot. If I tried that kind of thing, or if I was prepared for it, I could think that it would be okay to take a picture with a stable standing position.

"Nuclear" as "reality" in life

――It seems that you started making works related to "nuclear weapons" when you met Daigo Fukuryu Maru (who was exposed to the hydrogen bomb test in the United States).

It is often said that the theme is nuclear, but I haven't set a theme at all, and I shoot anything, but it happens that the most influential thing in my life is the nuclear problem. I had to accept it because I had to accept it. Actually, I have never thought about the theme of the nucleus as a work. When I visited Fukushima, I wondered why Japan was such a nuclear power, and when I gradually investigated it, I began to find out later that it led to the atomic bomb and the secret agreement between Japan and the United States. Rather than deciding on a theme, it was very real to me in my life.