When people meet, a work of art is born. wharf workshop

August 29, 2018. Eighteen young people from China, Singapore and Japan gathered in a small building in Wakabacho, Yokohama. Makoto Sato, the organizer of Wakabacho Wharf, summoned the gathering. They came to participate in a 20-day workshop together with director Liu Xiaoyi whom Sato had invited from Singapore. How do these people, who do not speak the same language and have different cultural backgrounds, communicate and create a single work? The creative process and cross-cultural exchange can be said to be the biggest theme of the workshop. 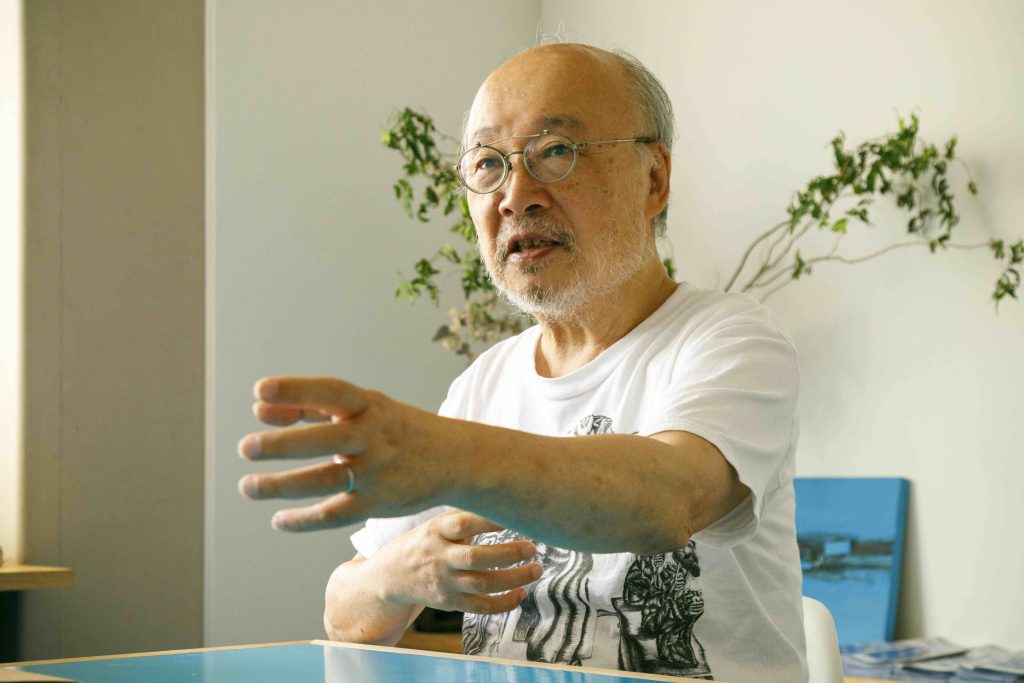 Sato : I've known Mr. Liu since we worked together in Nanjing seven years ago, so I didn't have any concerns about Singapore. Since the reaction was unpredictable, I decided to start early, and when I posted it on social media in December last year, I was surprised to see so many entries in just three days.”

In recent years, the development of contemporary theater in China has been remarkable, and its momentum is reminiscent of Japan in the 1960s. With the rise of privately-run theaters, the term ``independent theater people'', who do not belong to state-run theaters, was born, and excellent works are being released one after another. 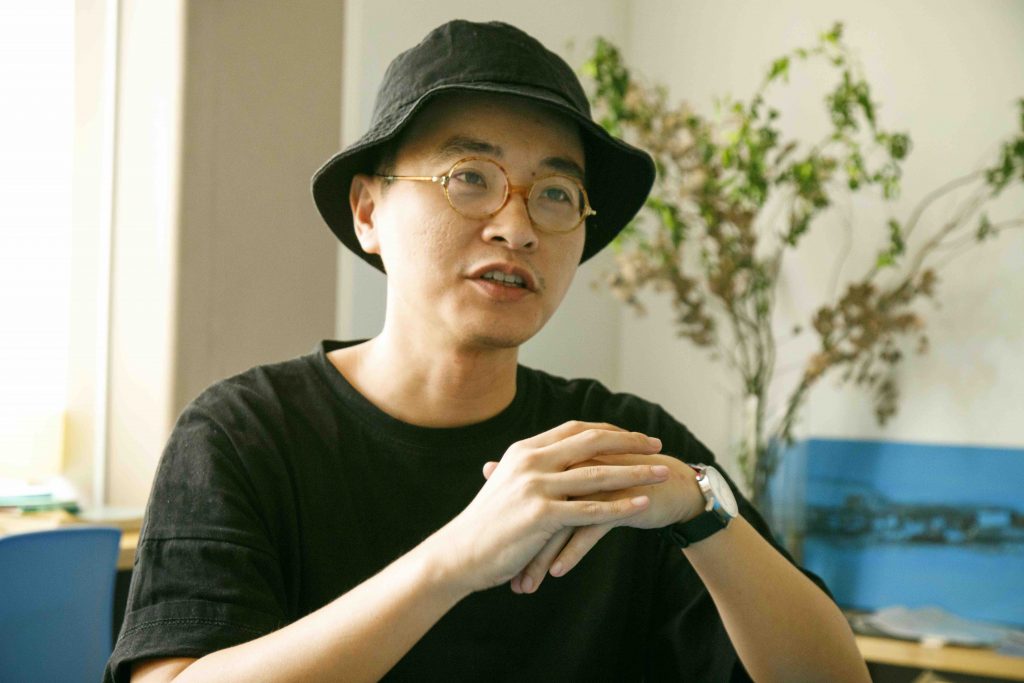 Liu : I was fascinated by the fact that Wakabacho Wharf is not just a theater, but a hub for cultural exchange. Many people come from different cities and create works while living together.It is truly a cross-cultural exchange.The environment is not ready yet, but I would like to do it in my country, Singapore someday. increase"

A workshop is a problem-solving tool. And the theme to be solved this time is how members who can't communicate with each other cooperate and create works. The languages used are Japanese, English, and Chinese. Of course, volunteer interpreters will be provided, but we cannot rely entirely on communication at individual rehearsals. Participants will aim for mutual understanding by taking all possible means, such as smartphone translation software and gestures. 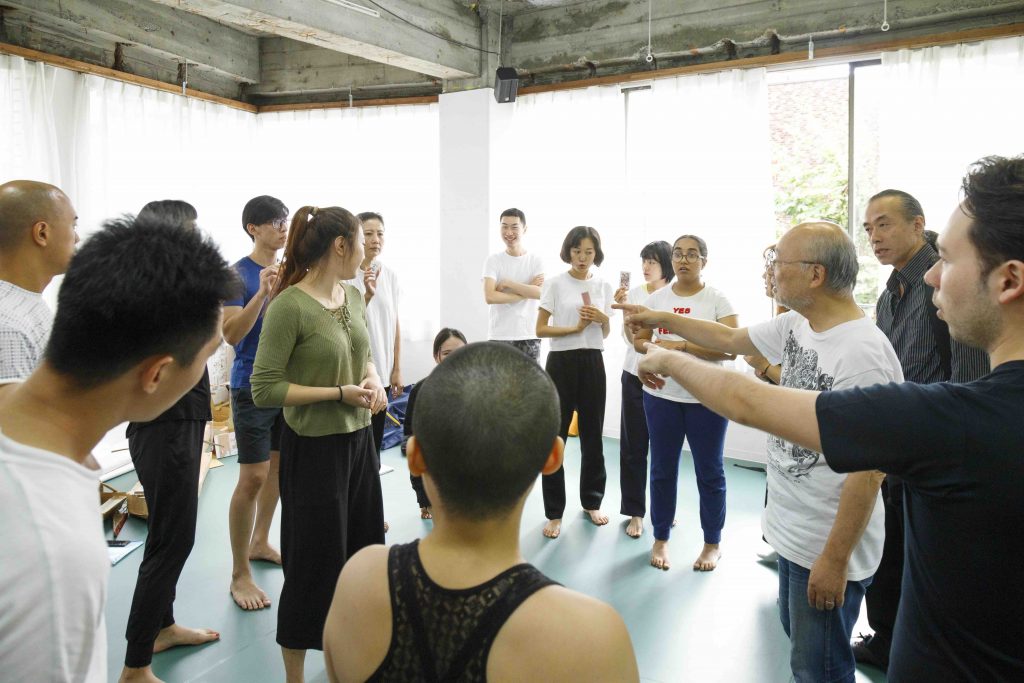 Sato : The important thing is that each person can express themselves in their native language. Otherwise, even though it is called international exchange, it tends to be centered on people who can speak English. At the starting point, words are necessary to convey the concept. However, when you actually start creating a work, you don't really need words.In the first place, there are cases where Japanese people can't really understand each other just because they had a heated discussion for an hour.You can't rely on words. I think that's why we can communicate the most important issues in depth." 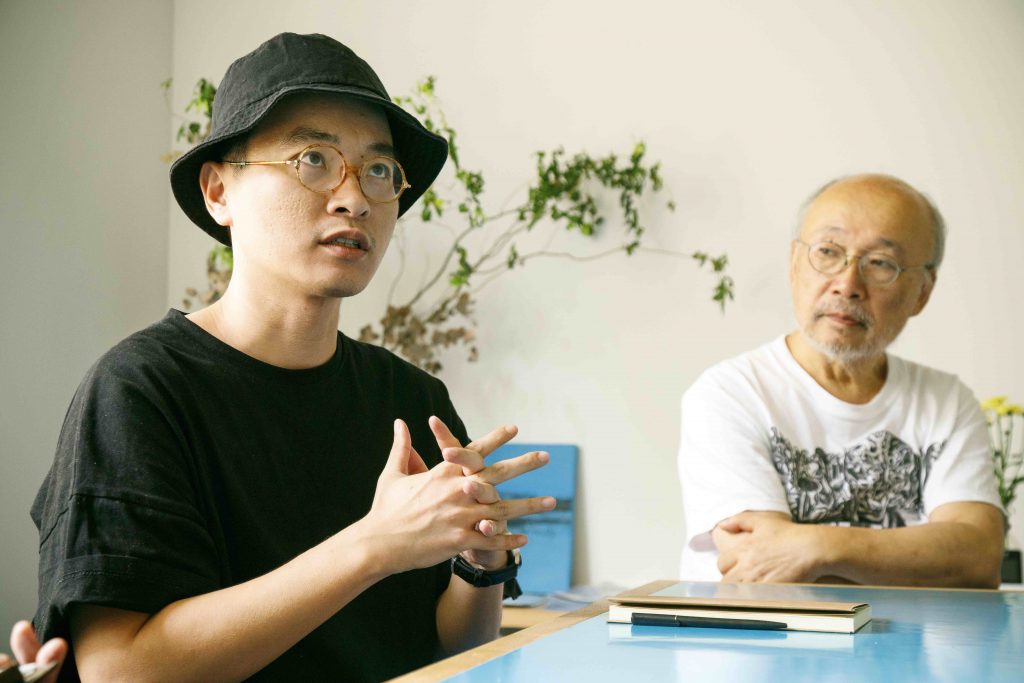 Liu : There were some conflicts at first, but I think it was not just the language barrier, but also the theatrical language. , I may have met you through art, but there is always a process called "translation".
I think Mr. Sato is also in a state of trial and error, but I don't think it's just a language problem. Cultural exchanges and acting exchanges are also necessary, so interpreters are needed in a variety of ways each time. And that's what's most interesting to me."

Sato : “The preparations were difficult, but once the workshop started, the whole process was interesting. 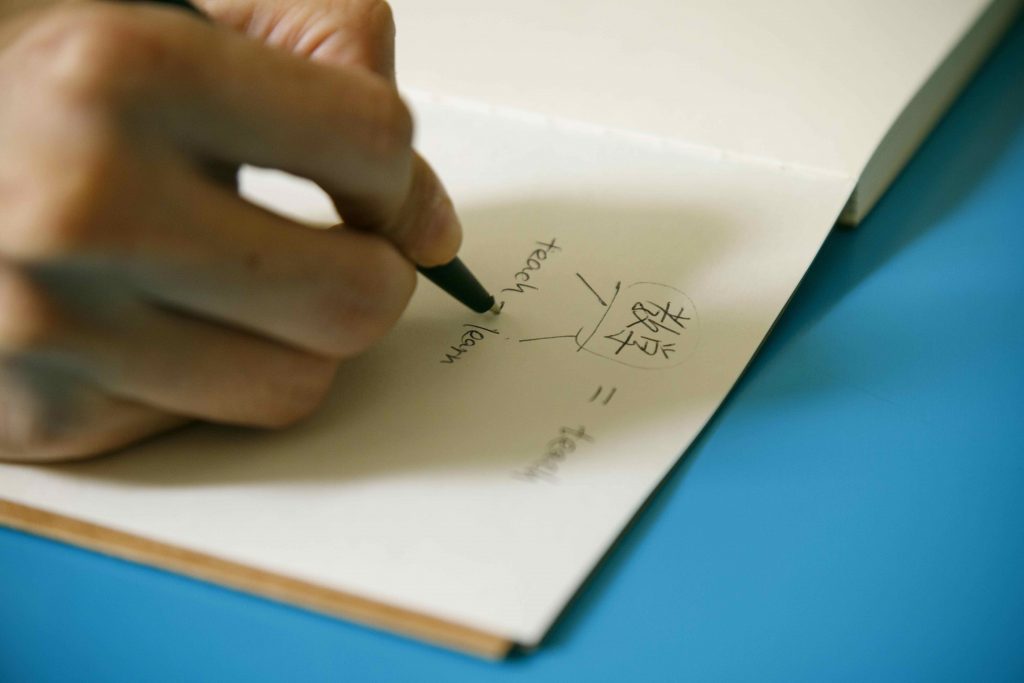 The Japanese word “teaching” translates to “teaching” in Chinese. If you retranslate this, it feels like a word where "teach" and "learn", "teaching" and "learning" coexist. It is said that teaching is also learning.
As he teaches young people, he incorporates their reactions into himself and continues to learn by developing them further. It is said that Liu is attracted to Sato because he can see his attitude.

Liu : Cultural exchange takes time. It is difficult and challenging to continue in the same environment, but I would like to continue for a while. A network may be built inside, and new things may start to take off.Because here is nothing but training, the feeling of 'I want to do something more fun' may be growing (laughs)."

Then came the performance "No Boat in sight-" as a comprehensive wrap-up. The performance will be held only twice on September 15th (Sat) and 16th (Sun). The small studio at Wakabacho Wharf was filled with the enthusiasm of a full house on both days. 18 young people tried to convey to the audience the whereabouts of "flowers/or riverbed rubble" in their own way against the background of texts projected on the walls in three languages. From the opened door, they set sail to each world.
What they sang at the curtain call was a song that spontaneously emerged during the 20 days they slept and ate together. Japanese, English, Chinese, and Tamil. Overcoming the frustration of not being able to understand the language, we used gestures and smartphone apps to earnestly talk about environmental issues and world affairs, but here came the curtain down. 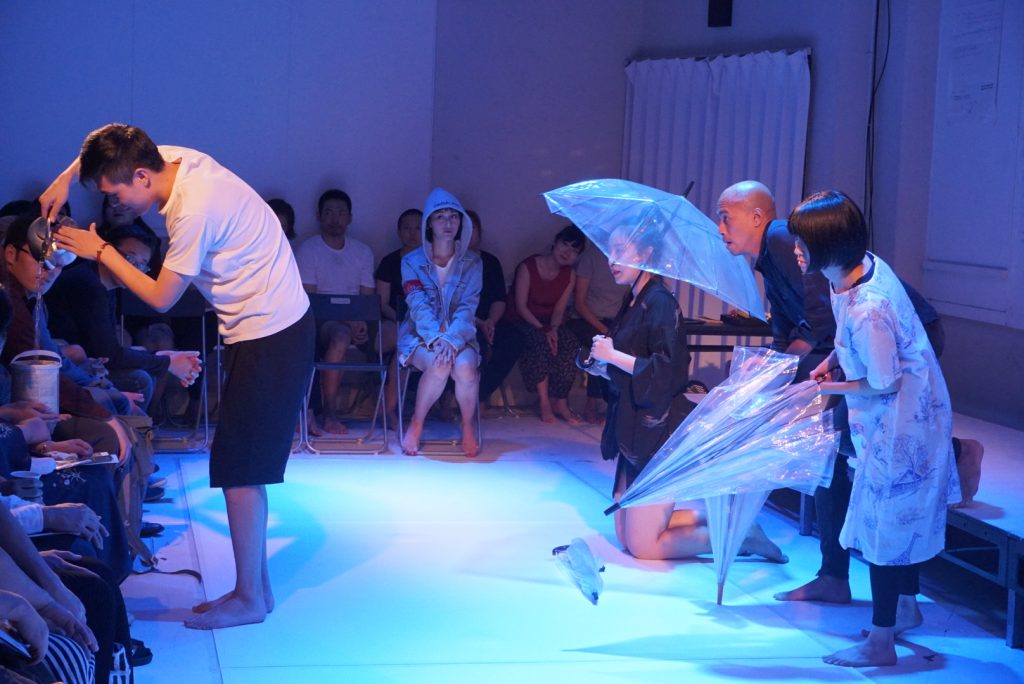 Sato : "You don't know what the meaning of what you're doing now is in the middle of the process. The moment you meet someone, you suddenly become friends. It happens everywhere. In the process, there are some hardships that cannot be understood.The two weeks of living together are extremely stressful, but this time, their motivation was amazingly high, so they voluntarily dealt with various stresses. I think we were able to resolve it." 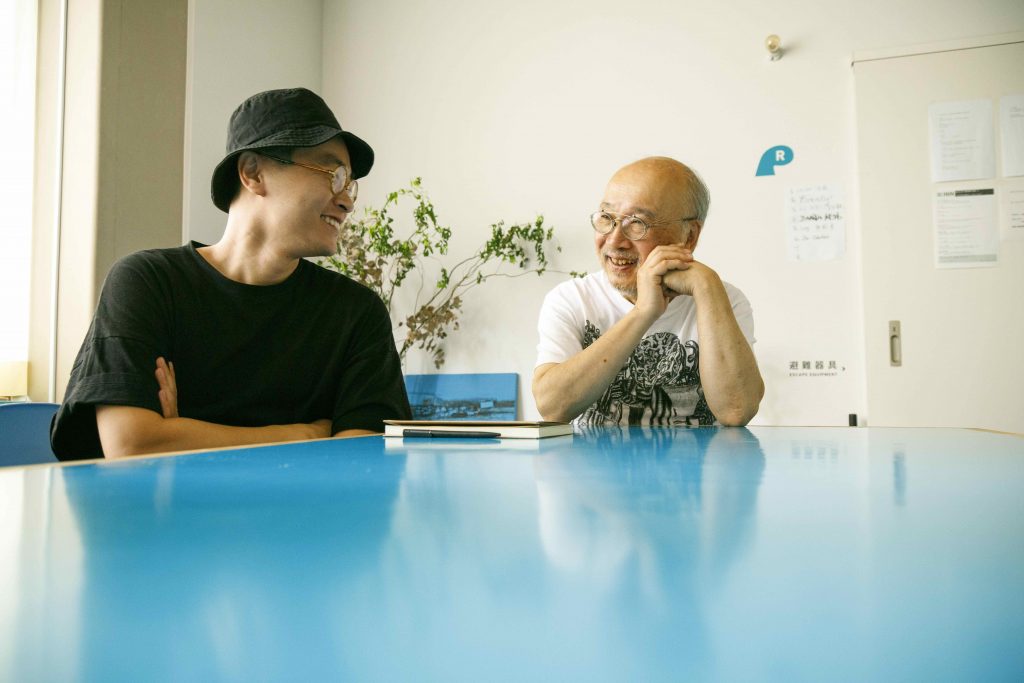 Liu : "How do you solve the problems in front of you in an environment where you don't understand the language? Writing on paper, making gestures, and living together was like a beautiful stage."

Sato : “This workshop will continue next year and beyond, and we will also launch a follow-up project aimed at creating future works. We have dozens of young people waiting for us.”