Chigusa closed once in 2007 due to land readjustment in the area. In 2010, with the holding of the three-day archive exhibition "Noge ni Chigusa ga Ashita !", there were calls for a revival. "Someday..." "If only we could reopen someday..." Time flew by until March 11, 2011, when the Great East Japan Earthquake struck.

On this day, the tsunami that hit the Tohoku region caused many casualties and destroyed the root town.
When I was in Noge, I saw the disaster situation there, but there was nothing I could do about it.

I also visited the place where "h.Imagine" was, guided by Mr. Tomiyama, the master. Tens of thousands of people are still missing, and the situation that the debris has not been removed is beyond description, and it is impossible to look straight at it. There was no trace of jazz playing anywhere, and I couldn't remove my mask because of the smell of dust.
In this place, I put the needle on the record on the player I brought from Yokohama, with the hope of playing jazz at least.
'Don't Be That Way' by Benny Goodman.
Cheerful big bands and clarinet swings echo loudly in the rubble town. It was a strange sight, but it reminded me of the story of Mamoru Yoshida.

When the founder of Chigusa , Mamoru Yoshida, returned home after the war, the town of Yokohama was a burnt-out wasteland due to a massive air raid. Although he headed straight for the ruins of the store, the coffee shop, the precious records he had painstakingly collected, and everything else had been reduced to scorched earth. However, the sound of jazz playing from the Occupation Forces broadcast inspired the desire to revive the jazz cafe Chigusa .

This story is a passage in "Yokohama Jazz Story", and Mamoru Yoshida at that time overlapped with Mr. Tomiyama, who was affected by the disaster in Rikuzentakata. 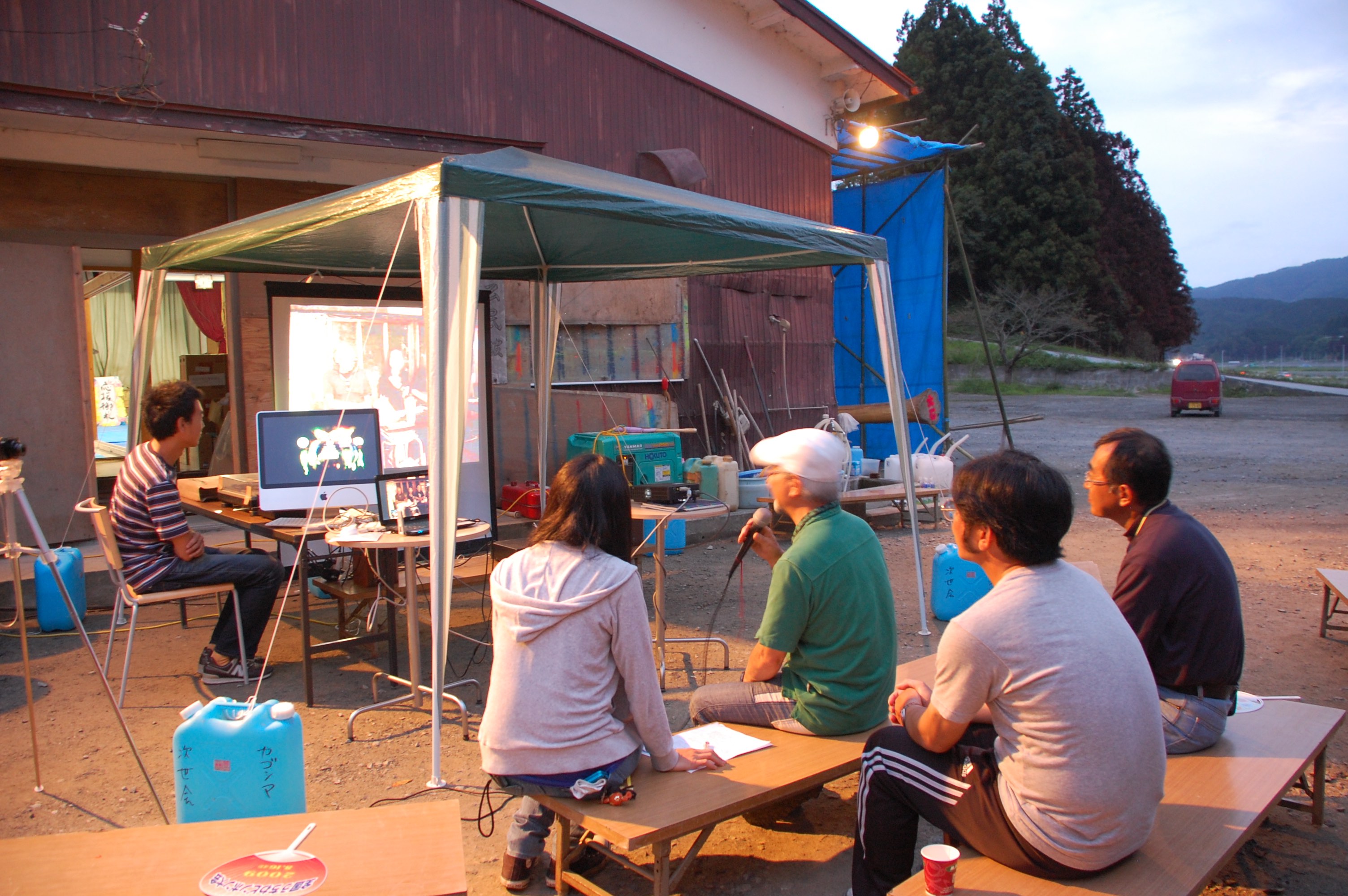 After that, while living in an evacuation shelter himself, Toyama continued to visit other evacuation centers energetically with a gramophone, records, and a coffee set. Chigusa 's friends also revisited Rikuzentakata and held a "business trip jazz cafe Chigusa" with Mr. Toyama. Connecting with Yokohama via internet relay, we delivered the voices of Mr. Tomiyama and the people who are standing up for reconstruction, and talked with each other.
At that time, I was going to send an yell from Yokohama. However, in hindsight, it might have been Chigusa who was the one who was sent the ale. The story of Chigusa , who was resurrected by Mamoru Yoshida from the scorched earth where everything was lost, must not end. 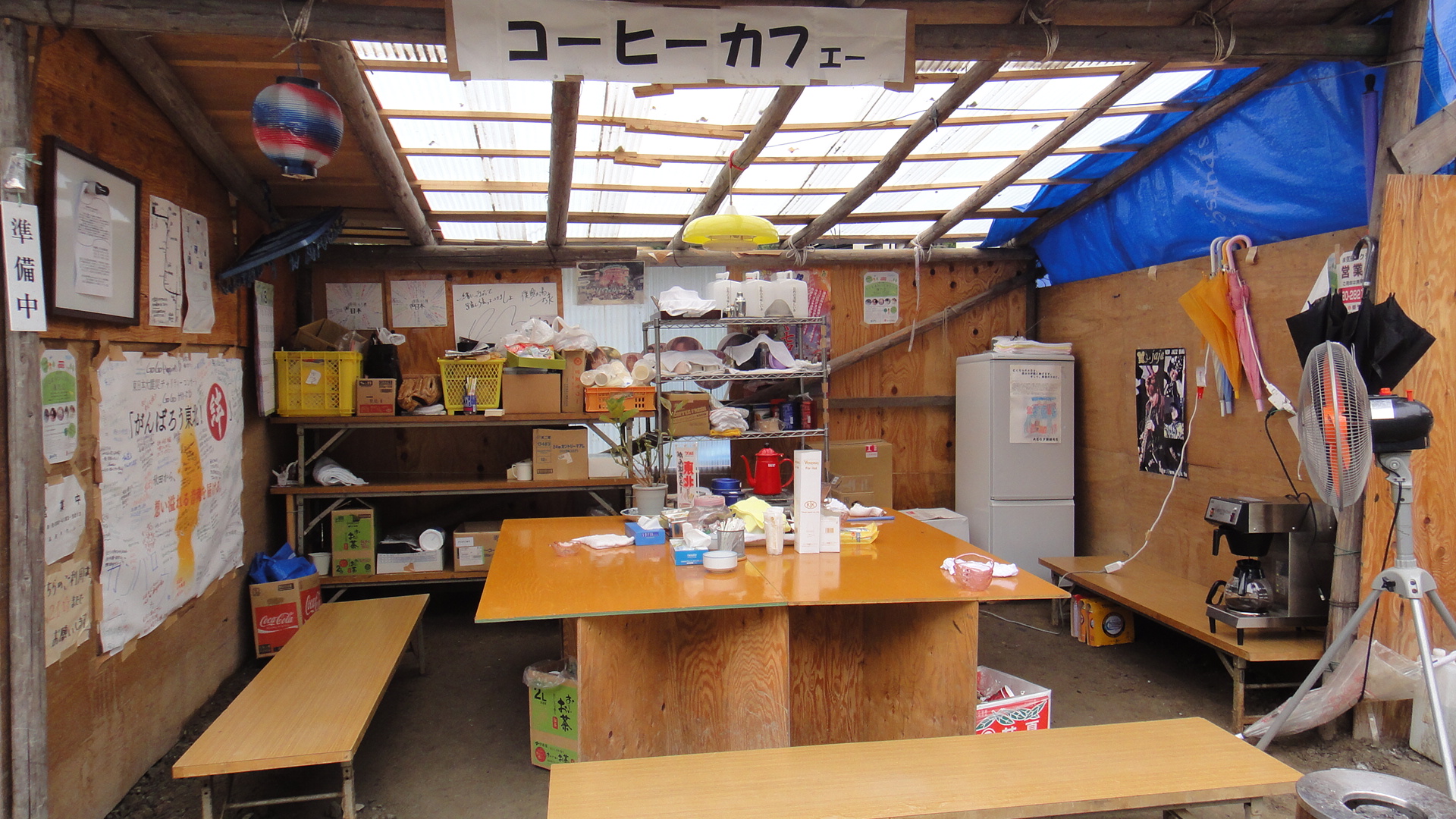 With the help of many people who love Chigusa , Chigusa was able to reopen on March 11, the year after the earthquake. The purpose of choosing this day as the reopening day is to not forget about the disaster and the affected areas. At Chigusa , we always report on the current situation of Mr. Toyama and other affected areas every anniversary.

The word “jazz” also includes the slang term for “liveliness”. It may not only mean musical meaning, but also life and life itself.
While playing jazz in the Tohoku region, we are approaching March 11, the 8th year since the earthquake and the 7th year since Chigusa reopened.