A 20-day challenge for 14 people from 5 countries to notice the difference and know the free expression. Wharf Workshop 2019

July 2019. 14 performers gathered at Wakabamachi Wharf, where director and playwright Makoto Sato is the artistic director. Their hometowns are Ho Chi Minh, Jakarta, Singapore, Nanjing, Chongqing, Beijing, Hefei, Xi'An, Lijiang, Shanghai, and Tokyo. They came to attend the second "Wharf Workshop" this year.
What are they looking for here? We talked to Sato, who presides over the workshop, and two participants (Civilization, Mamoru). 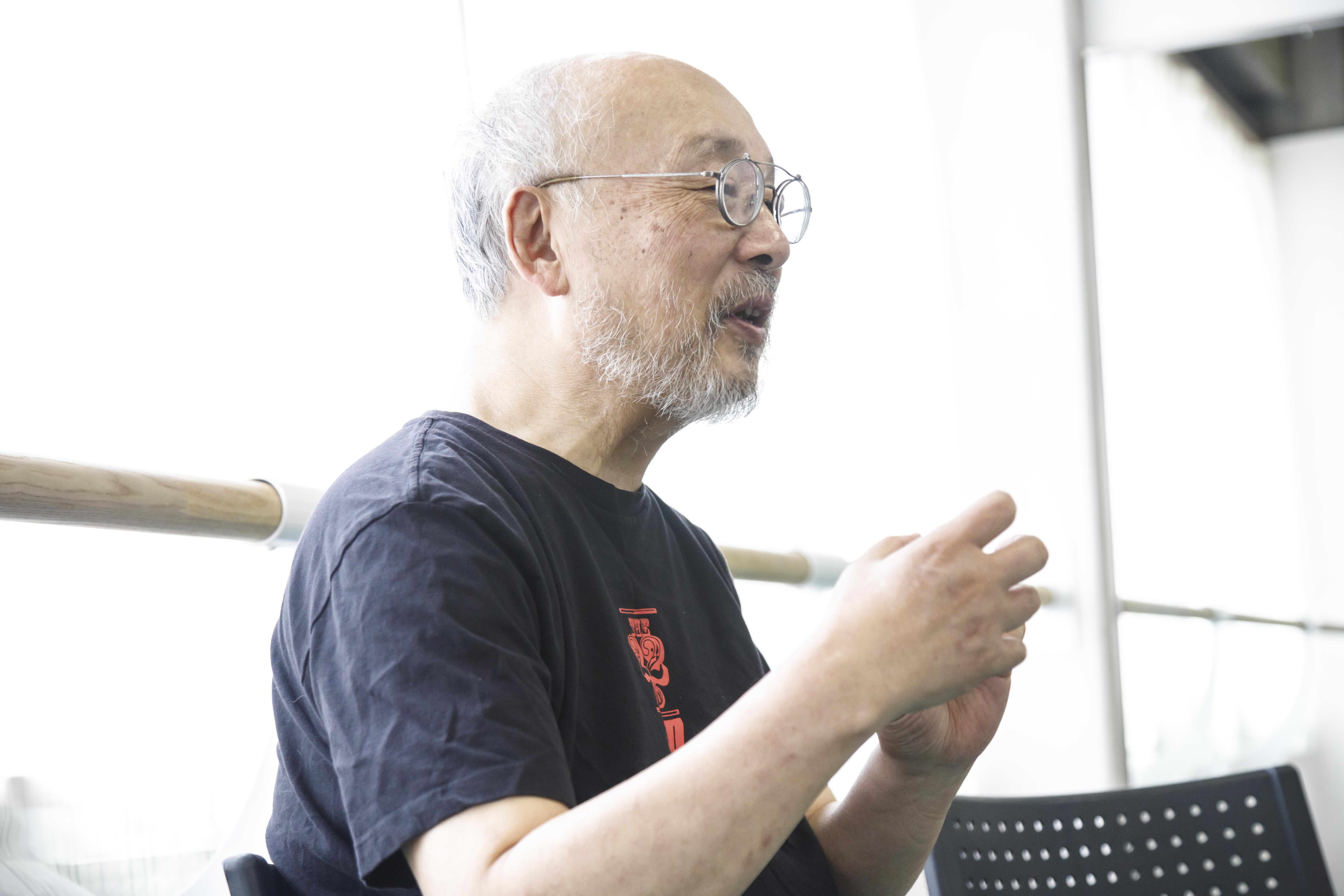 Sato : The first thing I want to do in this workshop is to build a new network of young people. We are looking for a person-to-person connection rather than a broader one.
The other is to convey a free methodology in creative activities. I would like to convey that you can create more freely without being bound by preconceived ideas.
My theory is that humans are 99% the same. Despite their different qualities, they are delighted and weep at the same thing. That's why it's difficult to recognize the difference, and you interpret what the other person says in your own way and assume that you "understood" each other.
But no matter how small, the "difference" is very important. I want you to be aware of the "differences" in us by meeting various people here, learning that there are various types of theater, and gaining different experiences. That is the most important thing. 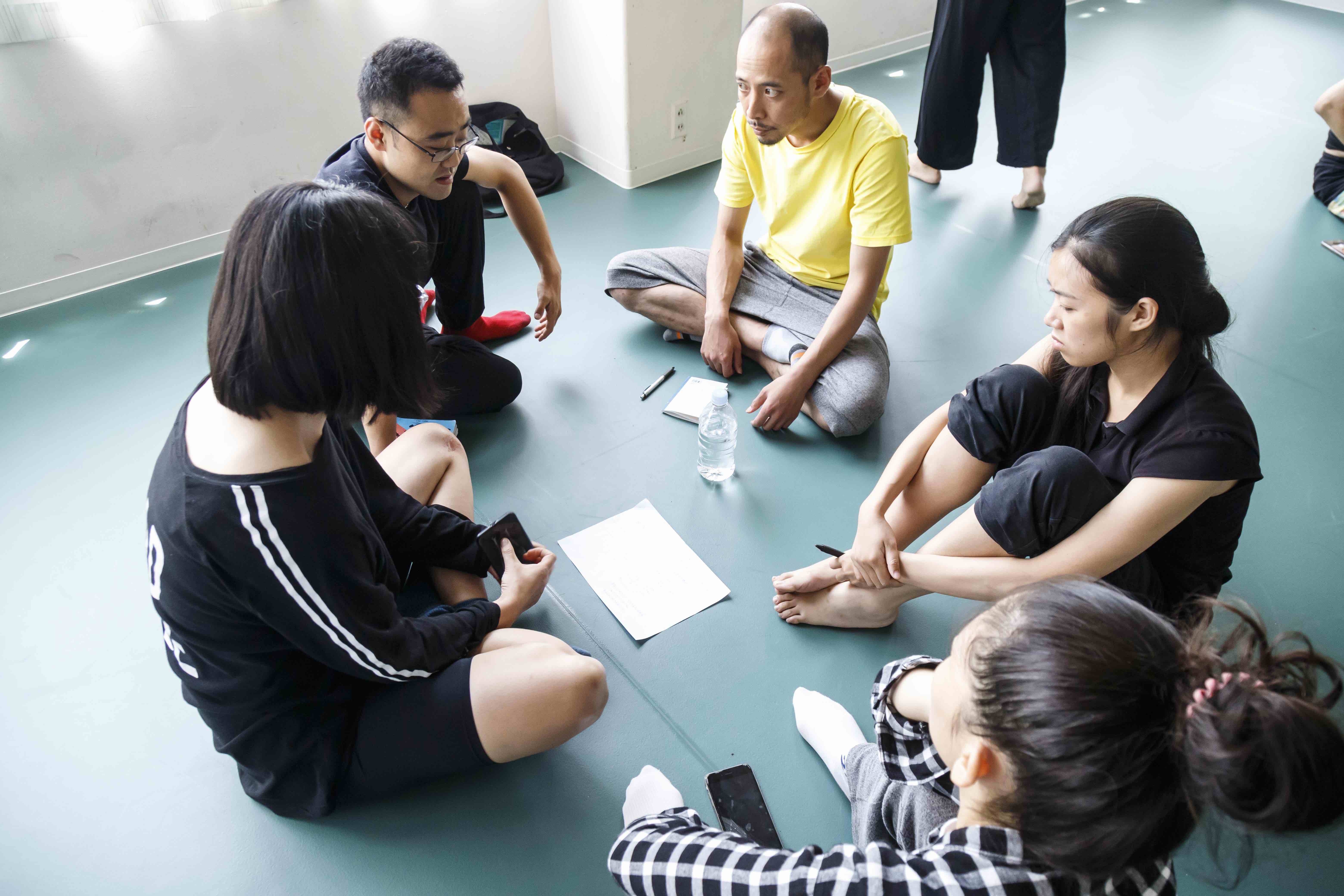 I met Mr. Sato at a workshop held in Beijing. I am very attracted to Mr. Sato's theatrical technique of exchanging opinions with people who have different ideas and creating works while confirming each other's differences, so this is the second time I have participated in the wharf workshop since last year. is.
Last year, I brought back the methodology of "expressing with the body" that I learned here, and passed it on to local (Beijing) actors to create. 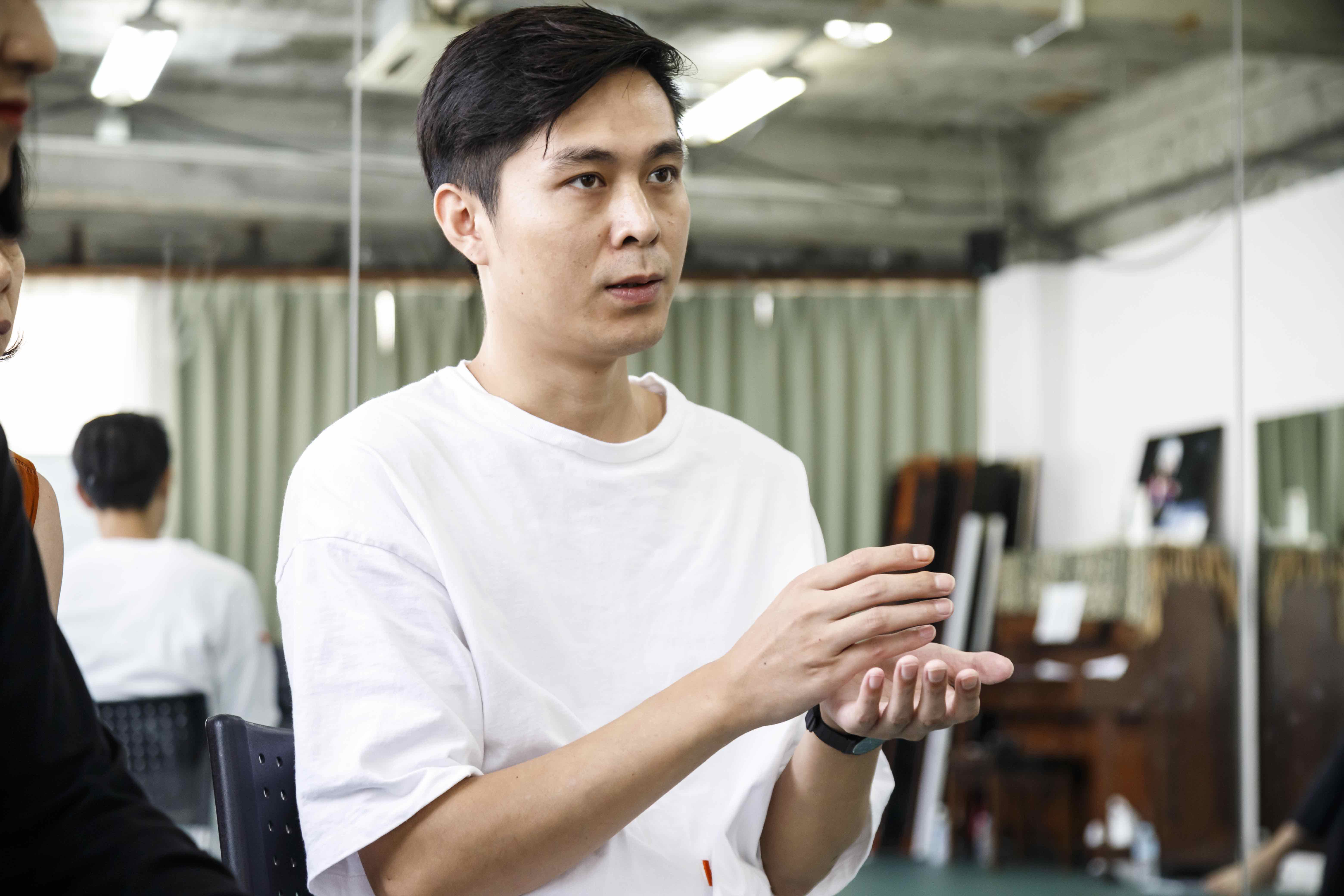 Mamoru I participated in Mr. Sato's workshop for the first time last year and first came into contact with the technique of "searching for differences." I already had my own creative method, but learning a new method was very useful for my creative activities after returning to Japan.
Currently, we are planning a theater festival in our hometown (Chongqing), but there are also groups that perform Mr. Sato's work, and people who create and enter new works based on what they learned at last year's workshop. There is also. Starting from Wakabacho Wharf, I hope that Mr. Sato's works and creative methods will spread throughout Asia. 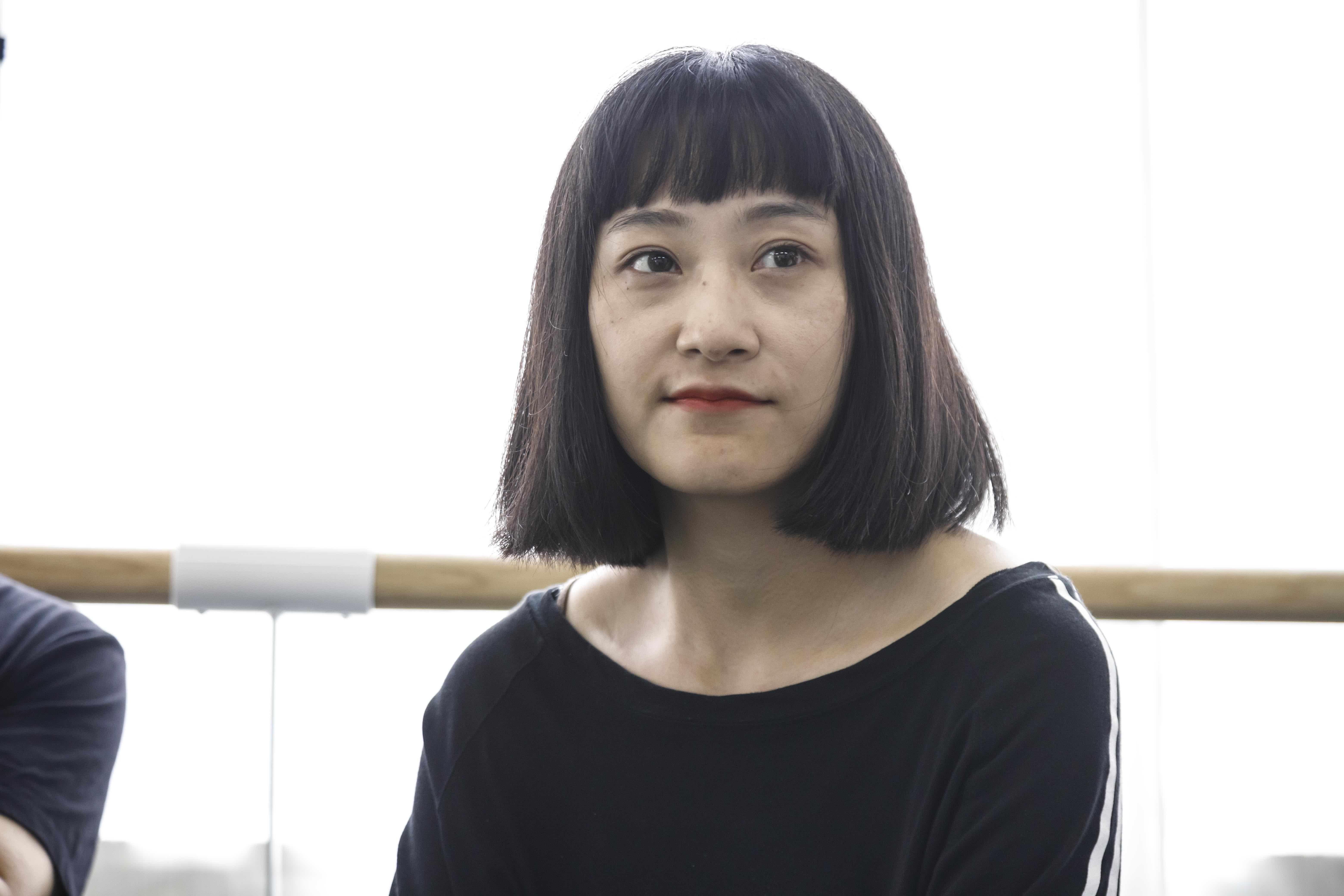 What kind of area is Wakabacho Wharf?

It's a very friendly place. Even though I came here for the first time in a year, I didn't feel any time blank. The city is kind to us, so it feels like we're back home to a large family. I would like to create a place in Beijing where young people can gather like this.

As with the Koganecho Bazaar near Mamoru , I think the attempt to promote the city with the power of art is more meaningful than building a skyscraper. Construction of buildings and commercial facilities may speed up the development of the city. In comparison, it takes a lot of time to promote culture and art, but I think we can leave something good for the next generation. 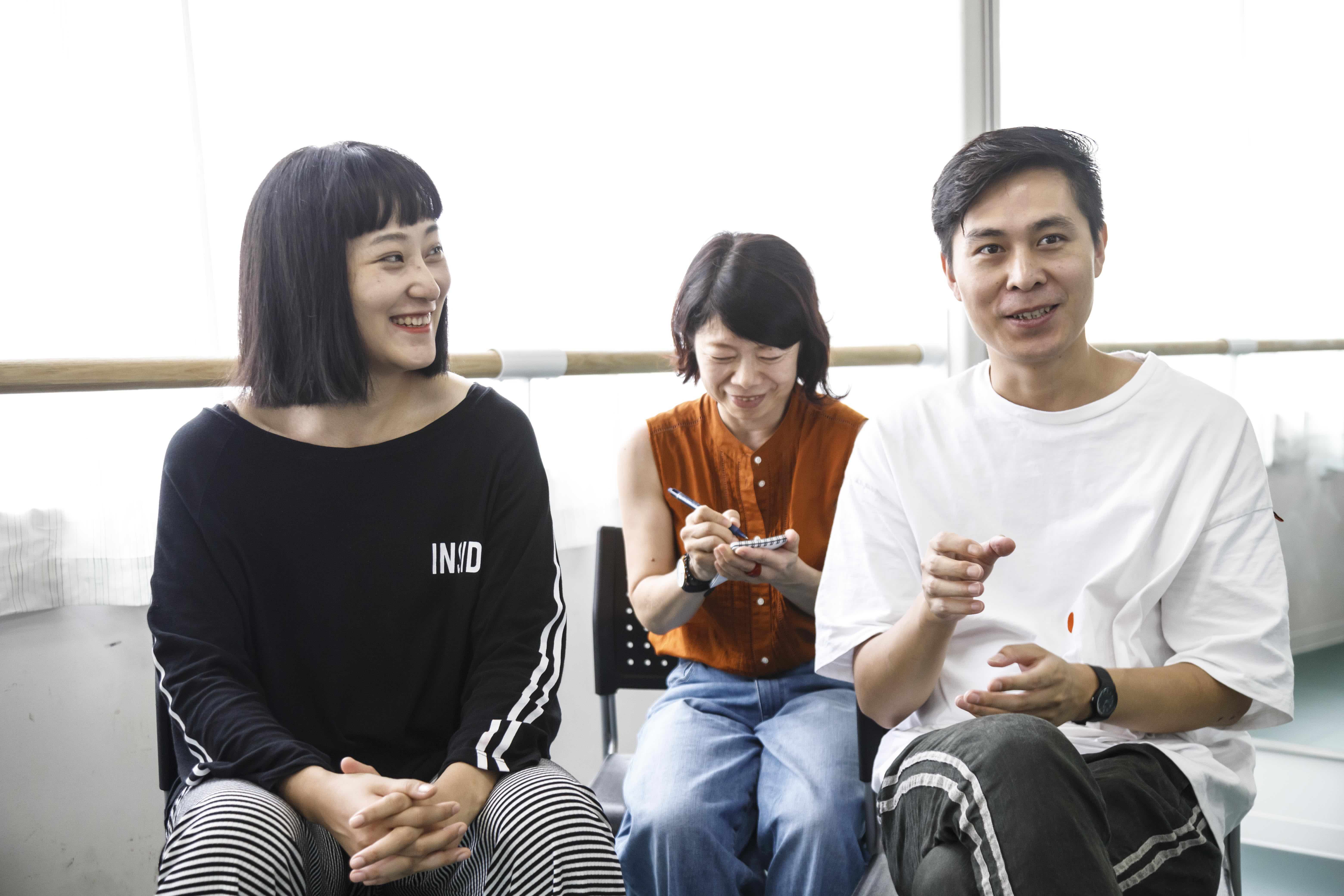 What kind of work will be created this year?

Sato : There is no doubt that it will be completely different from last year (laughs).
The stage production that I think of is the one that will be completed by the customers who see it in the end, so I would like to leave a "margin" in what I provide. I'm always thinking about how the audience can participate in the work.

Mamoru I have been doing creative activities with an emphasis on stories. The method of pulling in the story is simple and easy to understand, but the audience is always passive. It is necessary for the audience to think together here, and there is no correct answer to the conclusions drawn by each. If the person thinks it's white, it's white, and if it's black, it's black. It's all about the audience thinking and deciding on their own.
By learning these techniques, I was able to realize the "comprehensive power" of theater. I think it is very important for young artists to freely express what is different from others. 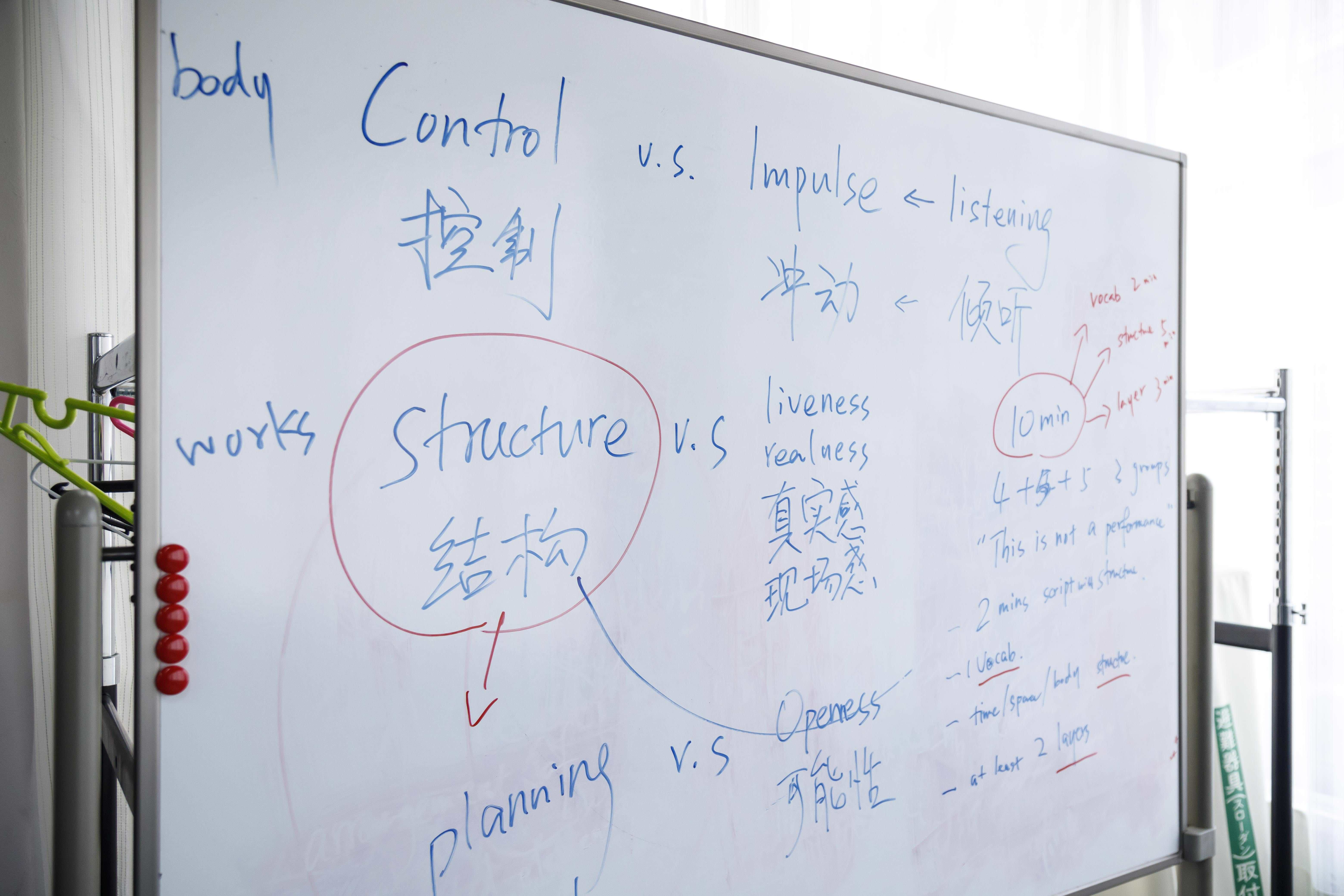 In recent years , I've been more involved in theater as a director, but at this workshop, I create it myself and perform it myself. It's a lot of fun to play, and that's exactly what Mr. Sato says, "theatre is free." I realize that new methods and ideas are born from freedom.
The world is looking for new art. To do that, we need to discover and discover new things, and it is very meaningful to be free here.

The Sato performance is an image of opening the final process of the workshop to customers, so I hope that you will be present and think freely together.

The 14 performers are free to act and sometimes collaborate as they feel. In a tense space, when someone speaks a passage in the text, someone traces it in another language. It's strange because it doesn't tell a story, and even though there are languages that don't make sense, it makes me feel relieved when I hear a voice.
What are they feeling and trying to convey on the stage? I didn't "understand" something, but I think I was able to feel a sense of unity and dense time. 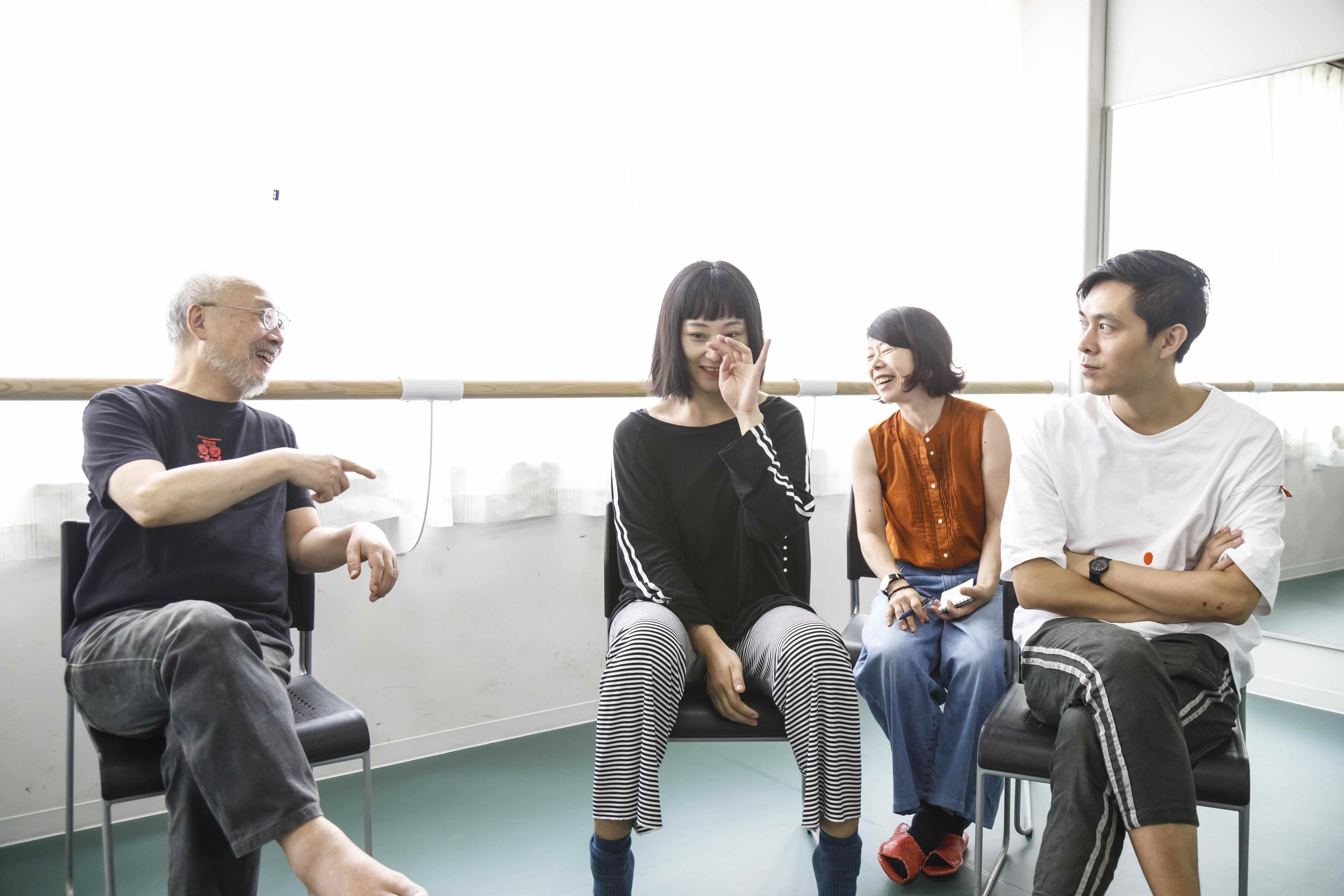 At the end of this performance, they will return to their respective worlds. It is also the beginning of the next step.

“This is the“ starting point ”, so I don't necessarily have to bring it to the finished form. What I think is great about this workshop is that it spreads quickly. I would like to see various completed forms. "

"Something" that Shin Sato wants to convey will lead to a world one step ahead.