Walk with Stasta.
Put your hand in your pocket and walk with Stasta in a stride.
It's twice or faster than usual. A resident of this city, he walks as if this is everyday.
Everyone who goes to the city walks fast. Cross at the red light. The car honks without hesitation. The sound echoes well between skyscrapers. There are various skin and hair colors.

As stores and companies change with the times, how does the Kyogen performance "The Heart Of KYOGEN", which inherits the tradition of 650 years, look like to New Yorkers? 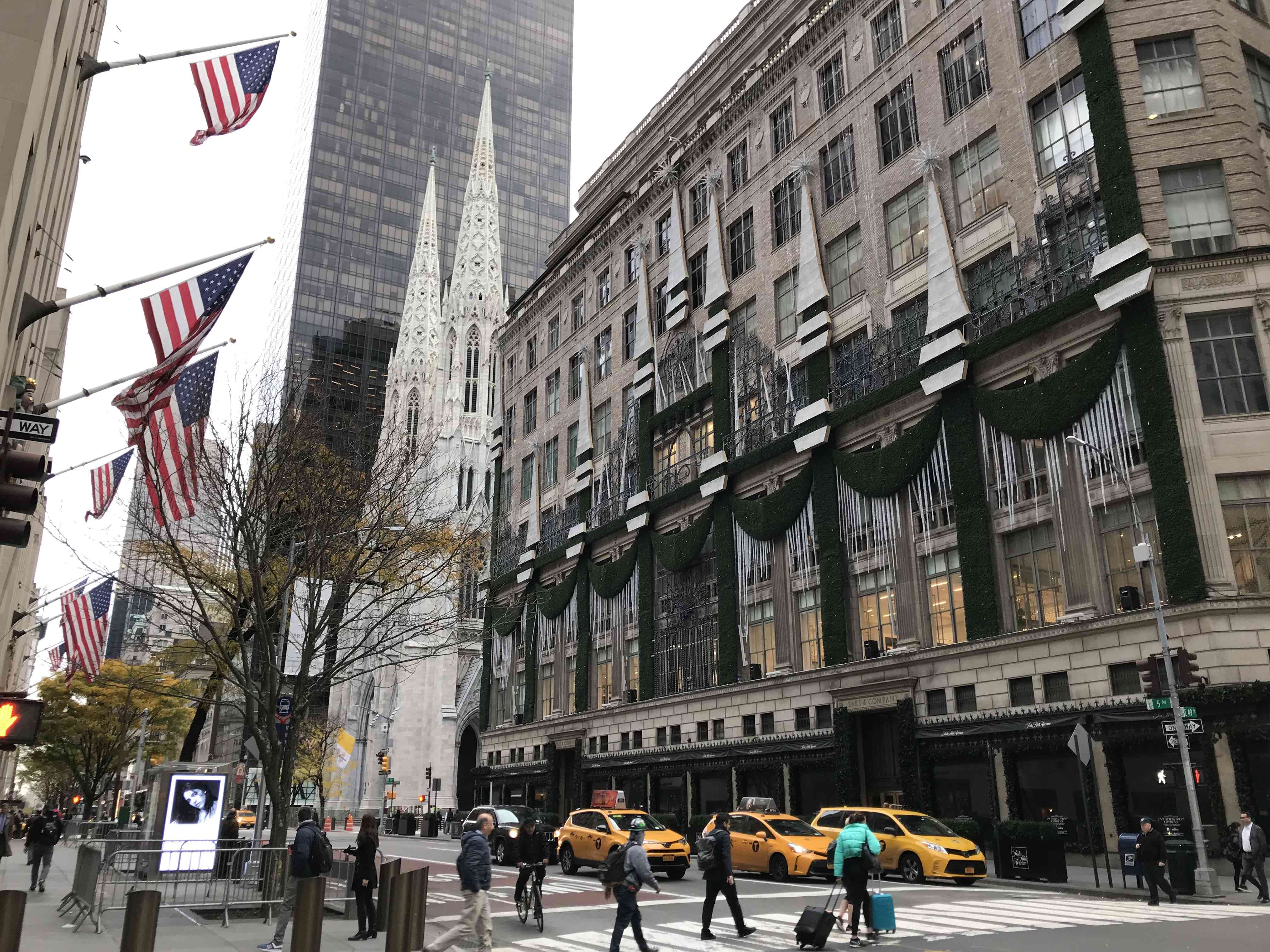 During my five-day stay, I visited New York University, Princeton University, Keio Gijuku New York Academy, and on the final day, I went to Washington DC to hold workshops at educational institutions such as George Washington University. This performance is a theater called "BRUNO WALTER AUDITORIUM" in New York.

The contents are as follows.
At the same time as the performance, a Kyogen master appeared saying "Hurry up and hurry up" and started with "I'm hurrying to New York from now on". Another Kyogen master also appeared and walked the streets of New York with "Hurry up". Along the way, he says, "Who is that big woman?" "That is the Statue of Liberty," and "What is this tall tower?" "This is the Empire State Building." While doing so, the setting was that "No, I arrived at 〇〇 (venue name) while saying something", "Let's open the door of the venue", "Rattling ~ (sound of opening the door)" I started with the intro. Although it is not a domestic production, it was specially made for overseas. This alone made the customers happy and laughed. Of course, it has subtitles. 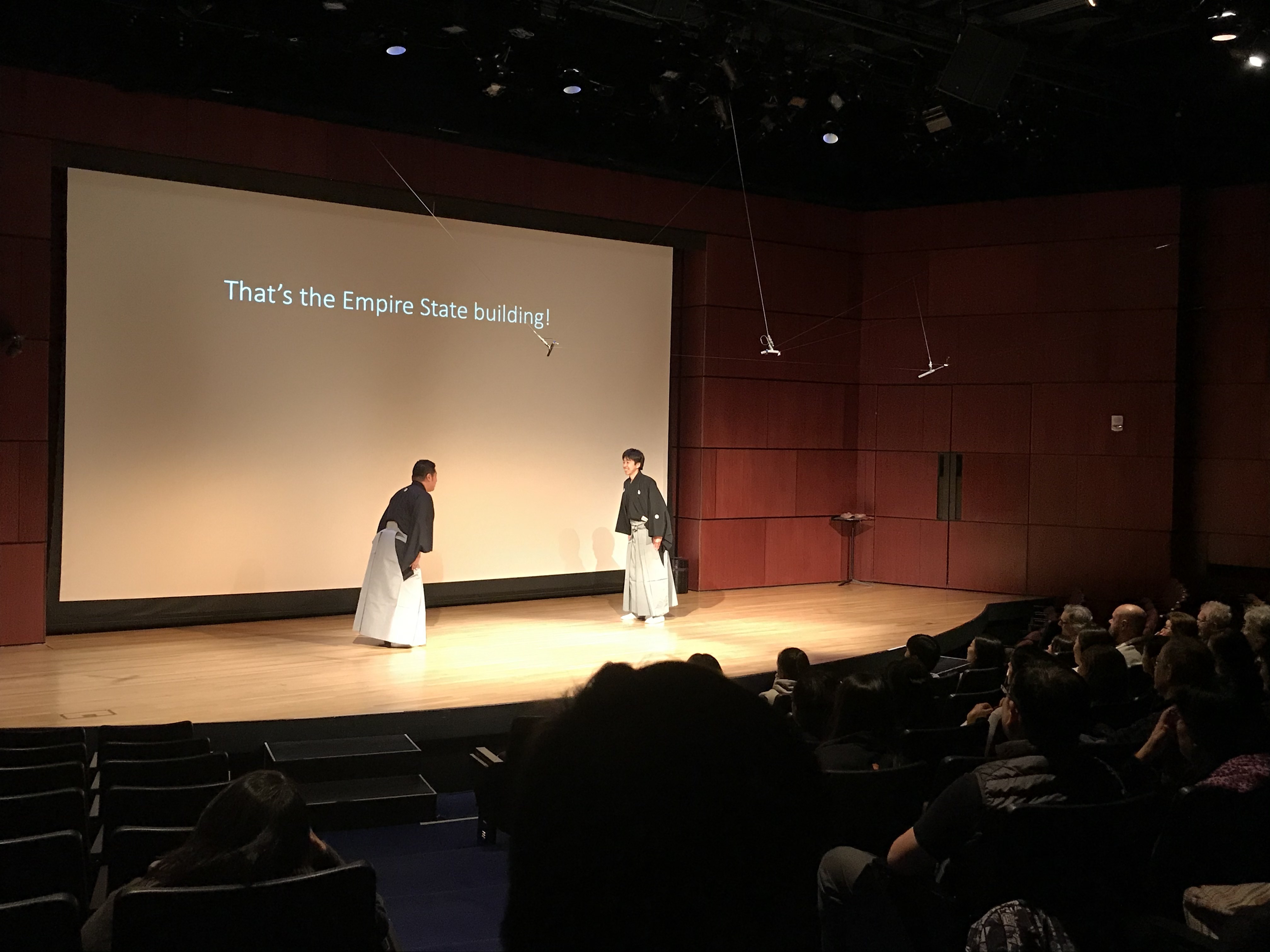 It is our way to give a lecture before the performance.
The background of the stage does not change, and it is a kyogen that the actor expresses everything with dialogue and movement without relying on sound or lighting. This is a quiz format that includes performances and asks the actors to guess what they are doing. There were some things that were difficult to guess, but the customers were having fun while worrying about their heads.

And introduce the "face" that is also posted on the leaflet.
The Kyogen side is also used when playing animals in addition to gods and spirits, but everyone was surprised to hear that this side was a "mosquito" spirit. This reaction is the same in Japan, but the interpreter seems to be surprised and asked us "Really?" Many times. 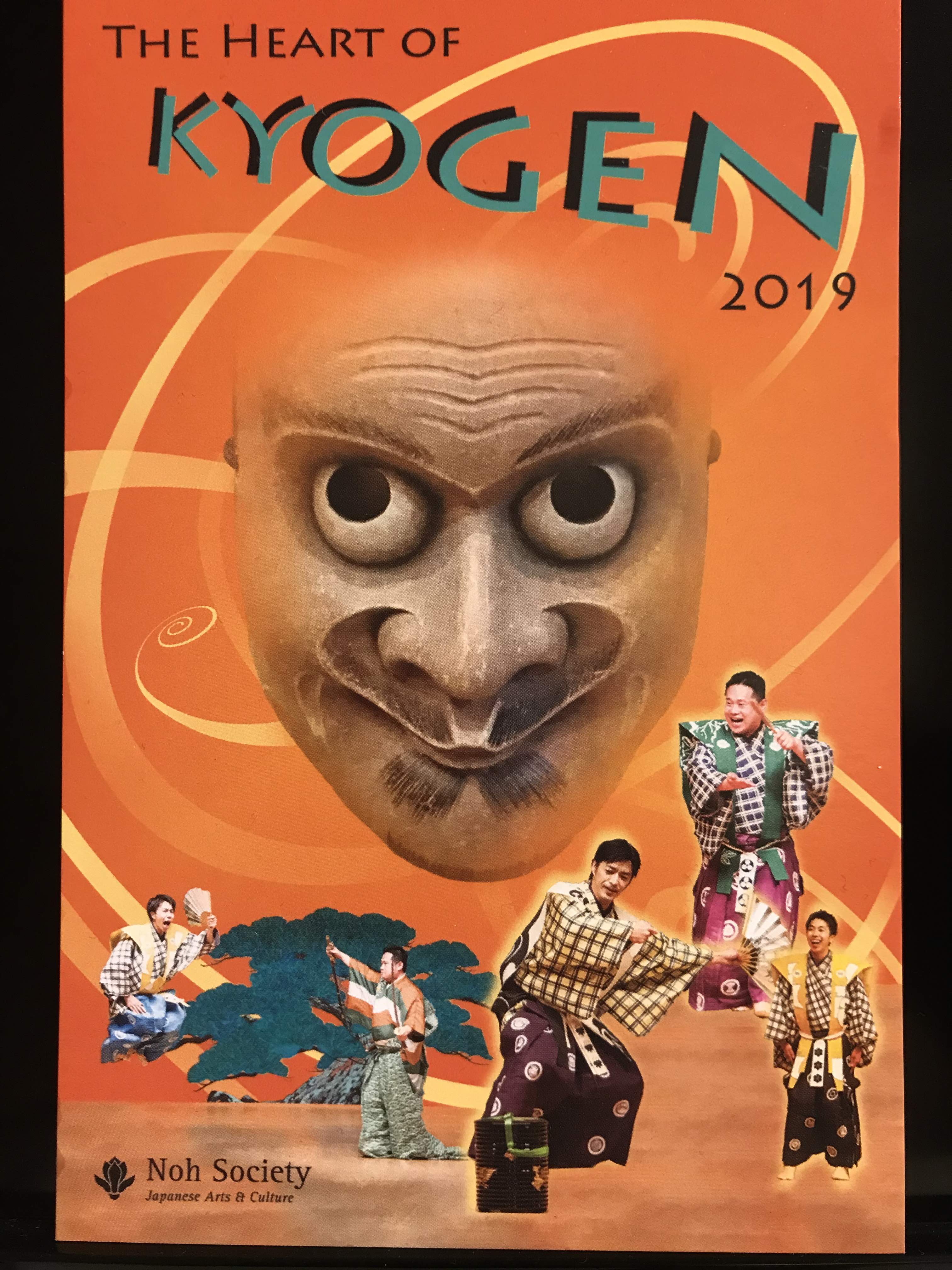 Although it was only a little, I had an experience. I was glad that he actively challenged me in both the attitude and vocalization of Kyogen. I think this is a manifestation of the national character of wanting to deepen understanding by moving, experiencing, and experiencing oneself. There are also scenes where we have provided a little service due to the high participation rate.

The performances are "Sleeping Music" and "Bushi". Both are easy to understand and are popular in Japan.
Subtitles are now the norm for overseas performances. I have been with the organizer, Noh Society, for almost 5 years. If the subtitles are not pressed in a timely manner, there will be a time lag between the acting and the laughter of the audience, so we discussed in detail how to fill this and rehearsed. Thanks to that, my stress was relieved and I was able to play the stage very comfortably.

After the performance, it was a big harvest to be able to talk about various things as well as launching with the staff.
Whether to focus on lectures or performances. I'd like to make it performance-only if possible, but I think it's better to include a lecture to deepen understanding. What is your style and what do you really want to convey? There was a hot debate. Based on this discussion, I would like to show a more powerful performance next time.

Customers vary in age group. Some children are fluent in Japanese. Some were students at Columbia University. According to the story, he is interested in studying Japanese classical literature and medieval culture. I was surprised because we are familiar with fields that we cannot easily reach.
Japan has a long history and a diverse culture. That's why I feel that I learned that not only manga and cosplay, but also various charms are scattered in each era.