Get to know Kanagawa by touching creatures at the aquarium! 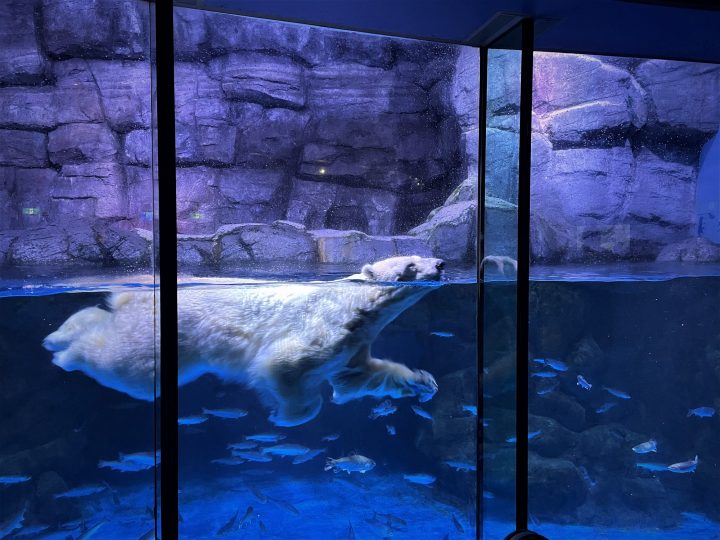 Dolphin Fantasy walks through an arched aquarium when you enter the entrance.
A baby dolphin was born on June 3rd. It seems that the dolphin babies are growing rapidly, so it may be a precious sight only now. 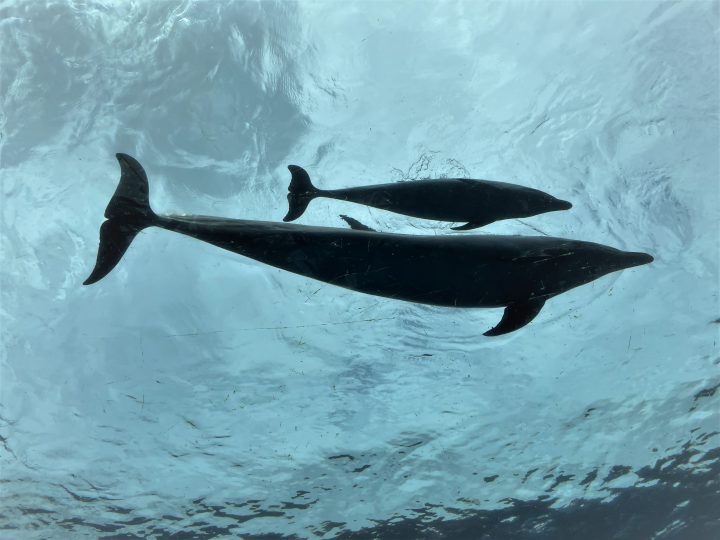 About 120,000 items of about 700 species live in the Aqua Museum, including deep-sea fish and cold-sea animals. There are many attractions such as polar bears and seals, a large aquarium with 50,000 sardines, the largest number in Japan, and a dolphin show. 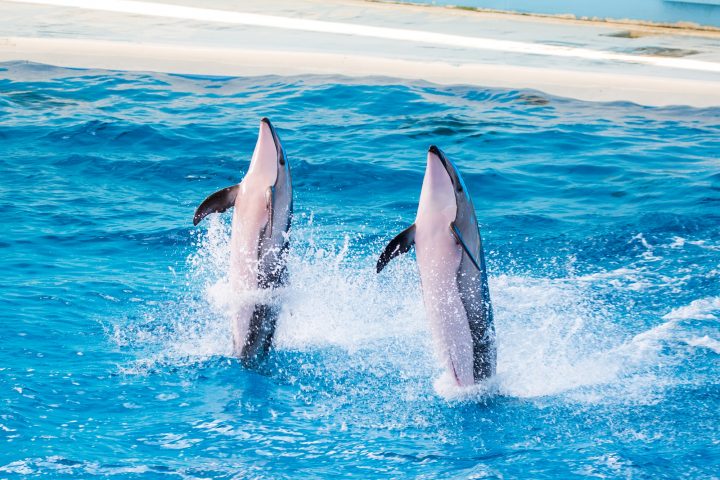 At Umi Farm, you can learn the importance of nature, the environment, and the 5DGs in a fun and easy-to-understand manner through the “sea education” experience. In the Fureai Lagoon, you can interact with various animals such as bottlenose dolphins, beluga whales, penguins and otters. Isn't it the biggest feature that there are so many kinds of animals that you can touch? At the Fureai Lagoon, you can experience many things you can't do easily, such as shaking hands with dolphins and feeding them. 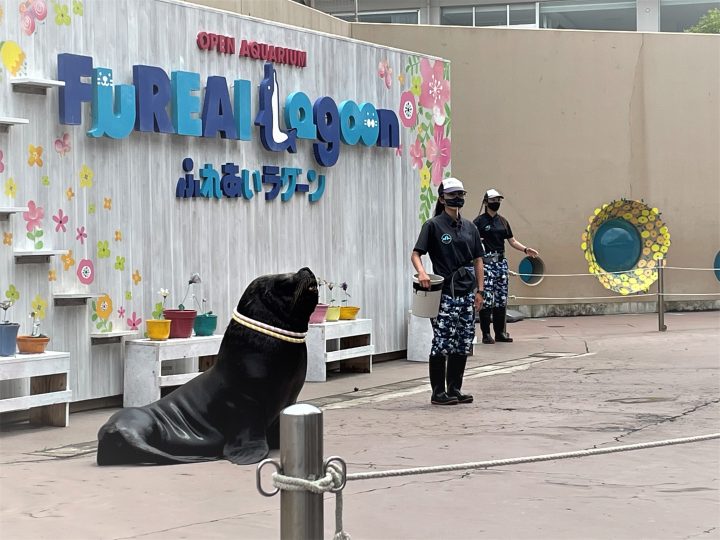 [Official Website] Yokohama Hakkeijima Sea Paradise New Enoshima Aquarium
New Enoshima Aquarium is located in front of Katase Kaigan Nishihama, which is also famous as a beach, about a 3-minute walk from Katase-Enoshima Station on the Odakyu Line. The aquarium opened in July 1954 and has a long history of 67 years.
Originally named Enoshima Aquarium, it was renewed in 2004. The name has also been changed to "New Enoshima Aquarium". The building has 2 floors above ground and 1 floor underground, and displays dolphins, penguins, sea lions, many colorful fish that live in the Pacific Ocean, fantastic jellyfish, and other creatures that live in the deep sea. 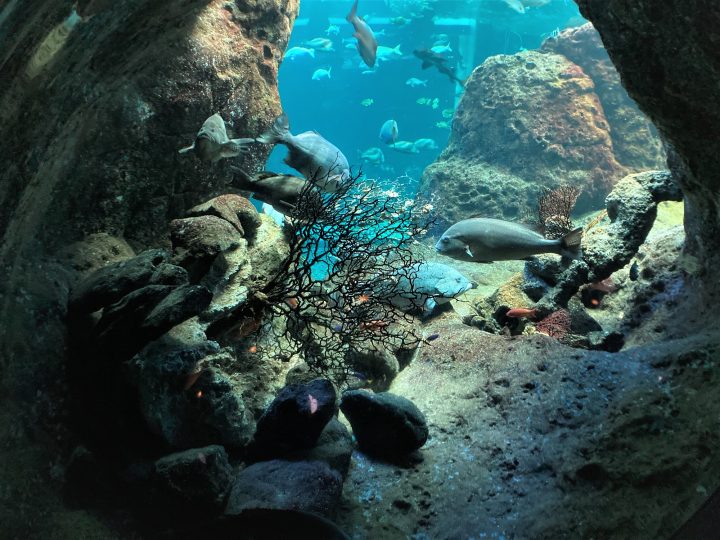 Among them, the feature of the Enoshima Aquarium is the exhibition about Sagami Bay, which is located immediately after entering. The creatures of Sagami Bay that spread out in front of the aquarium introduce their characteristics and the creatures that live there by depth, so you can learn more about what kind of place Sagami Bay is. In addition, the Sagami Bay large tank, which collects the fish that inhabit Sagami Bay, is filled with so many fish that you will want to watch them forever. 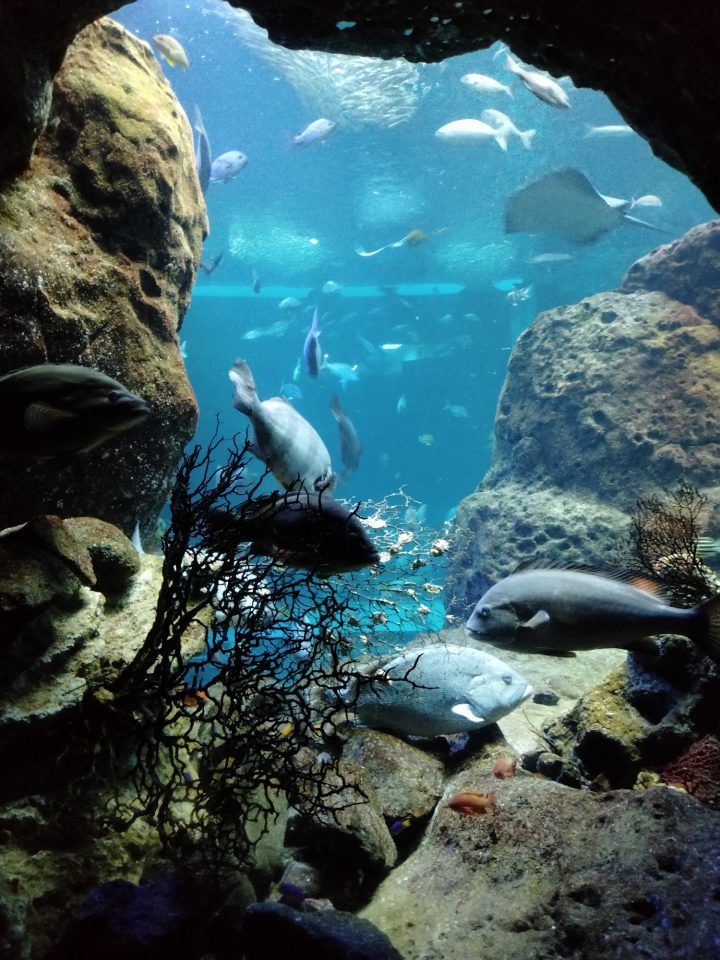 There are also dolphin and sea lion shows, fish feeding and manufacturing workshops, making it an aquarium where you can have both fun and knowledge experiences. 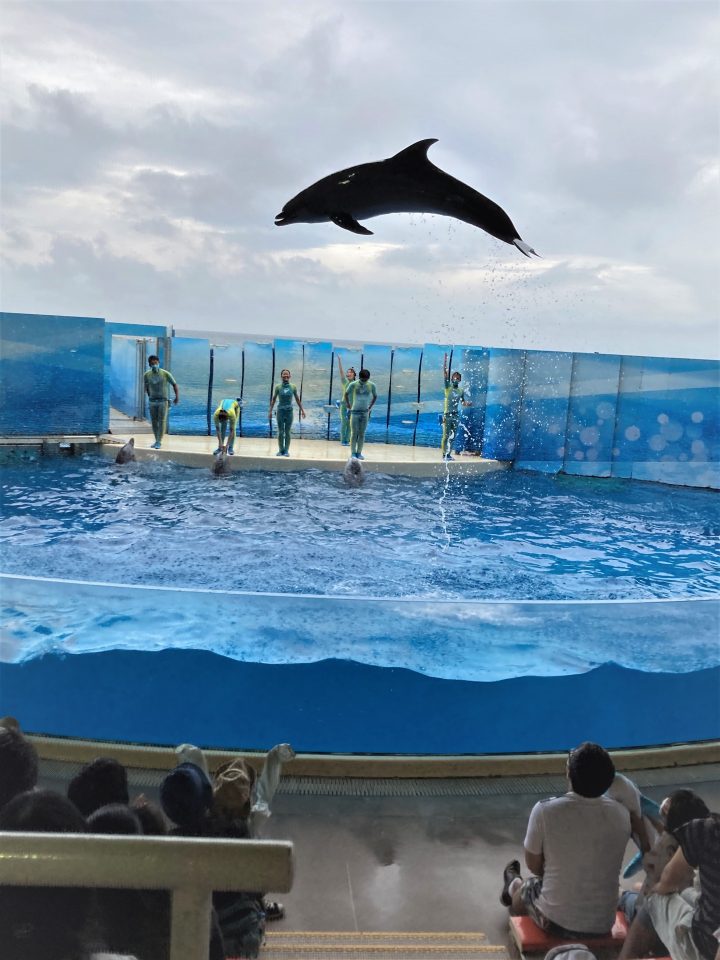 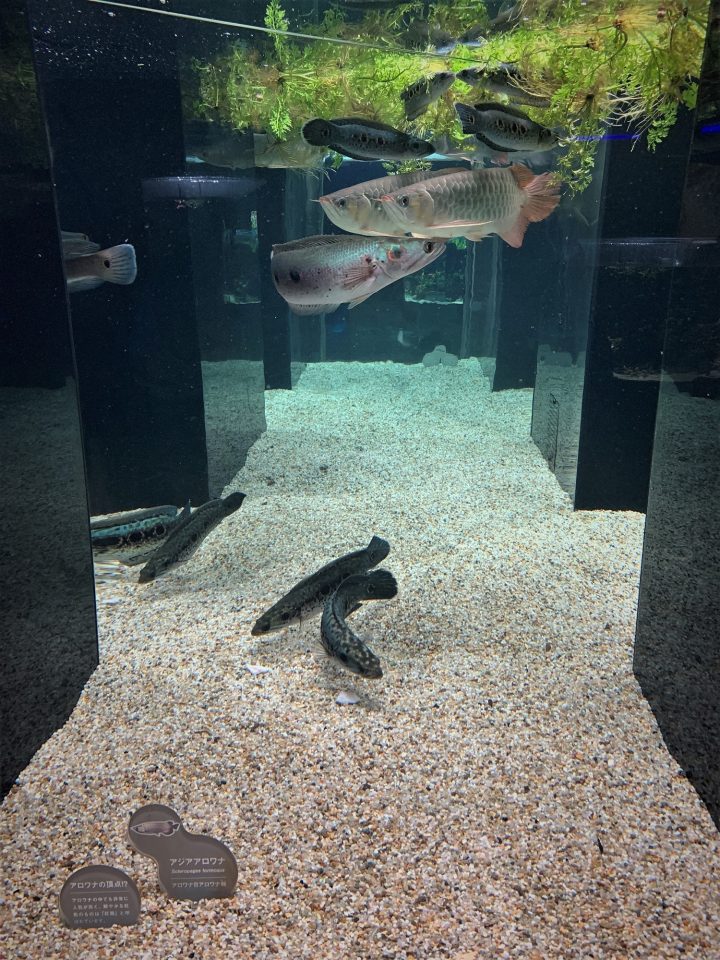 The Tama River zone, Oceania/Asia zone, South America zone, Amazon zone, and other waterfront areas are recreated, and the fish and animals that inhabit them are on display. Rather than exhibiting a single species, the image is that the creatures inhabiting the area live in the recreated waterfront. 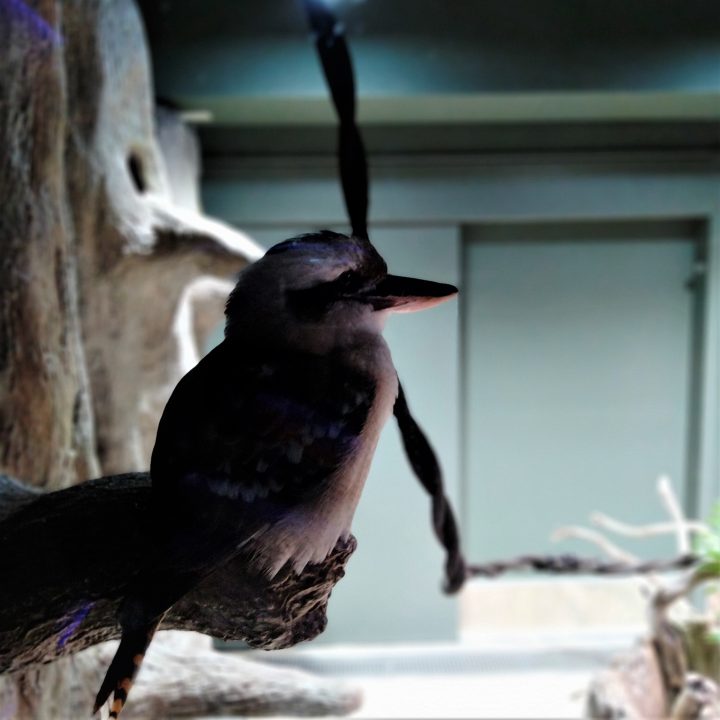 Due to space limitations, there are no exhibits of large animals, but in the panoramic screen zone, dolphins and whales come to play with projection mapping, and you can experience as if you were in the sea. In addition, there are events where you can learn about the ecology that you don't usually know about, with the staff in charge giving detailed explanations about the ecology. 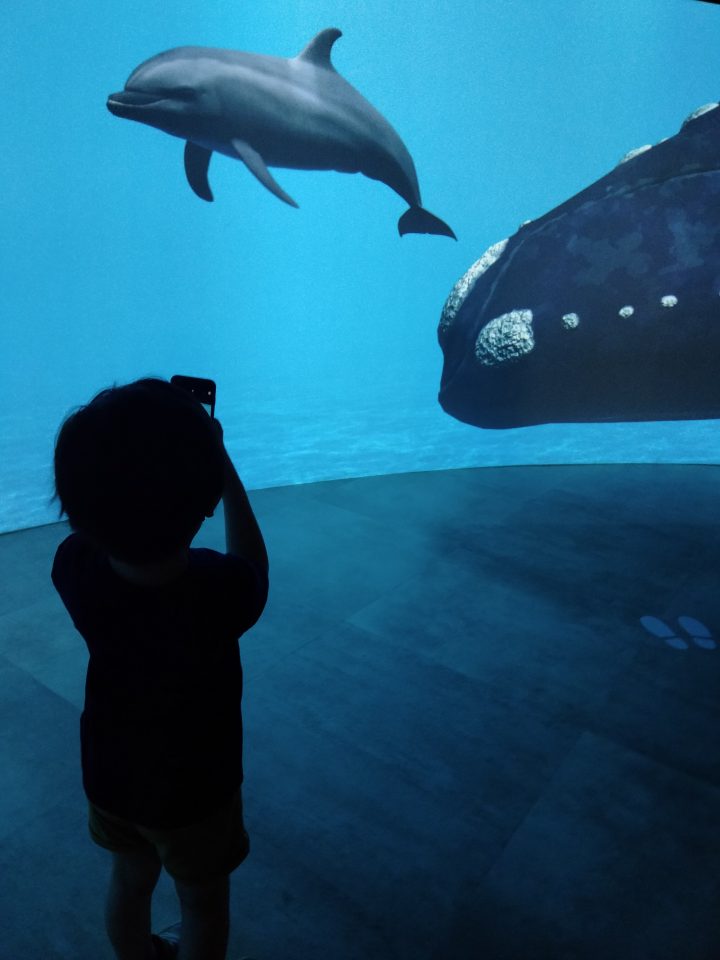 [Official Website] Kawasui Kawasaki Aquarium Aburatsubo Marine Park
Aburatsubo Marine Park opened in April 1968 as a commemorative project for Keikyu's 70th anniversary. In the exhibition facility called "Fish Country", there is a sea of donuts in a large migratory aquarium. You can see sawfish, gray sharks, bull sharks, and many other fish leisurely migrating. The sight of many fish swimming around you is a masterpiece. 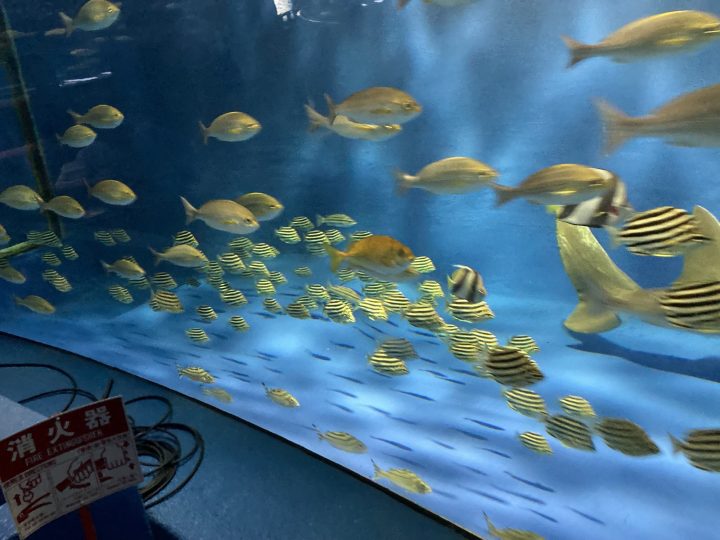 Specimens such as megamouth sharks and giant squids, as well as academic autopsy results, are also on display. 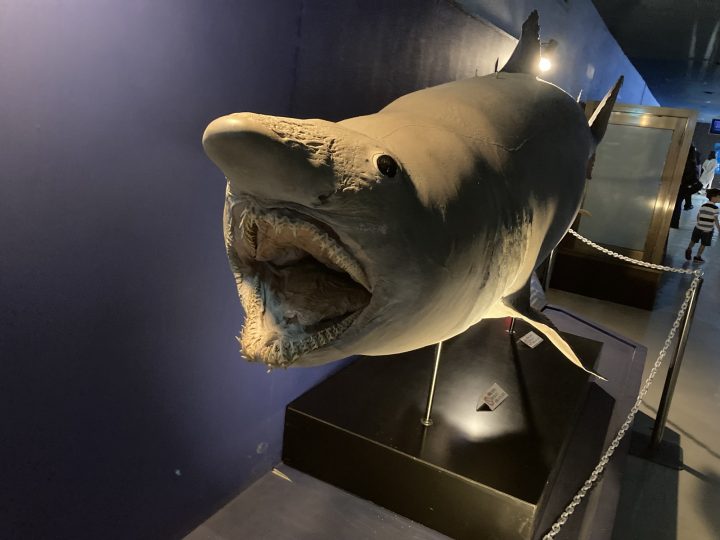 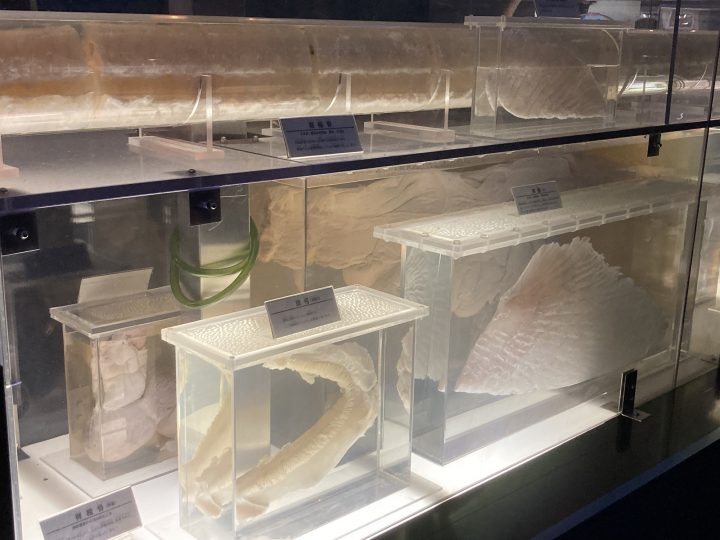 Another must-see attraction is the dolphin and sea lion show held at the Fantasia. The program is rich in storytelling, and the one I saw was a story about taking over the world from an oil pot. Dolphins and sea lions put on a flawless performance to take over the world. 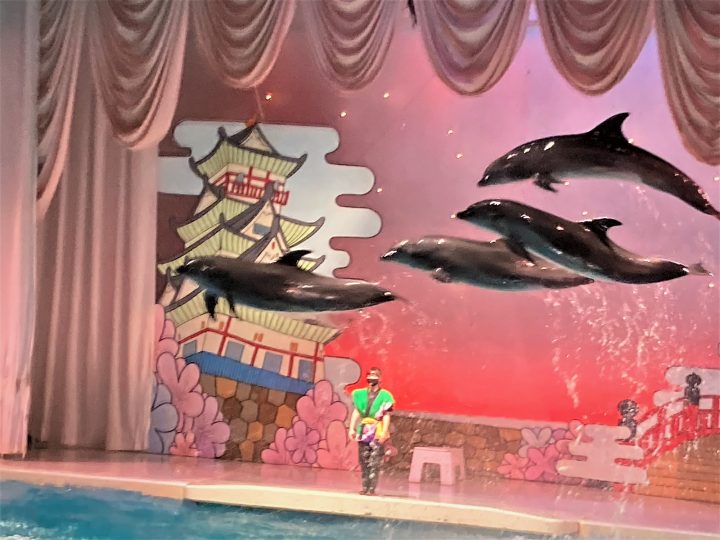 There is also an exhibition based on the concept of the local Sagami sea and Miura's nature, and you can learn about the characteristics of the sea of Sagami and the nature of Miura.
Aburatsubo Marine Park is scheduled to close on September 30, 2021 due to the significant deterioration of its buildings and facilities. Aburatsubo Marine Park has a history of 53 years, and many of you must have fond memories of it. I would like to say "thank you" to Aburatsubo Marine Park for creating such wonderful memories. 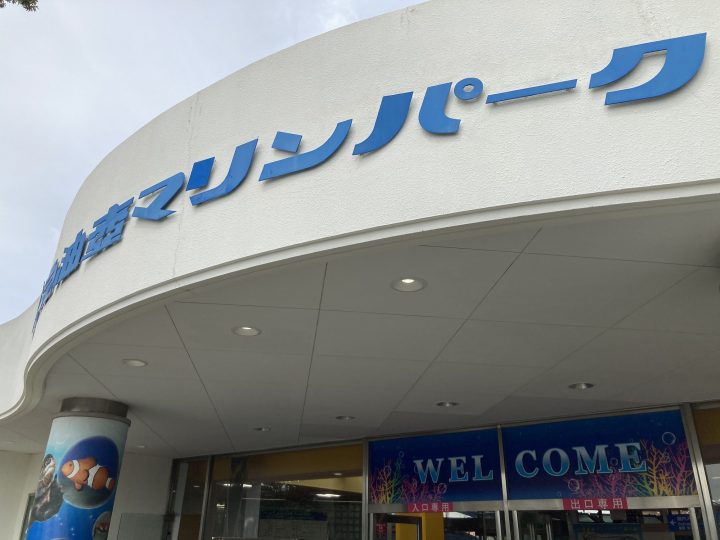