Ryu: The moment I opened the door, what I saw was the records lined up in a rack. How many are there? 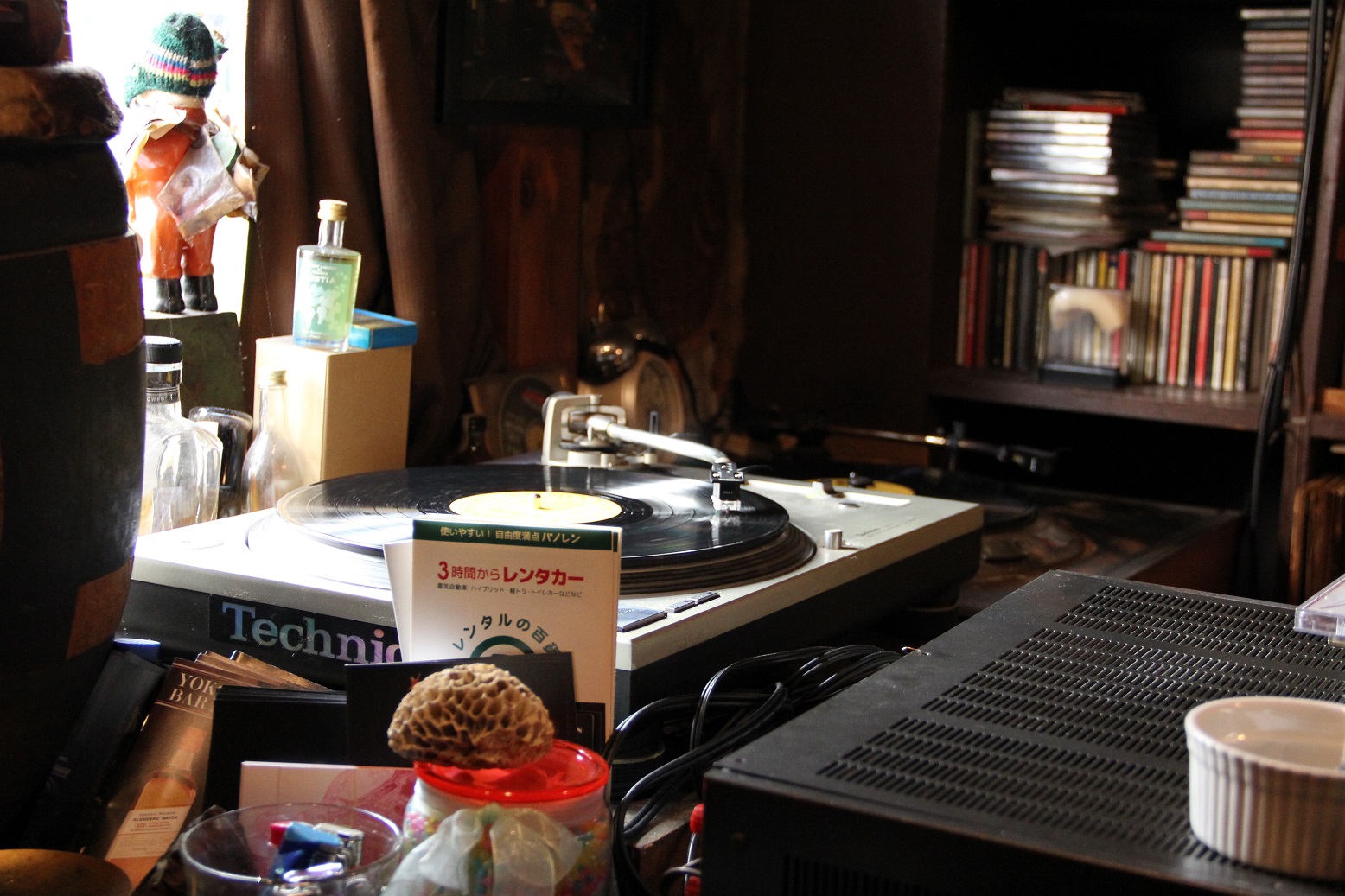 Ryu: Do you buy and collect records after Oidon selects them?

Oidon: That's almost the case, but if you're doing Jazz, there's something like a classic that you have to prepare. There was also the idea of having that kind of thing, and the people who had the albums before that time had Blue Note, Standard, Prestige, Riverside, and so on, so it's like hip-hop. There was nothing at that time, so in 1975, albums that seemed to cross over came out, and I started to have ECM series (ECM records). It takes time, effort, and money to buy standard items, but I was collecting Chick Corea, Keith Jarrett, Herbie Hancock, and fusion. At that time, the people who came to the store were fusion generations in their teens and twenties, so there are many Jazz stores in Yokohama, and young people should go to the Jazz store. In a good time, people gather in a good way without doing any commercials.bottom.

Ryu: What did the store look like when the customers gathered? 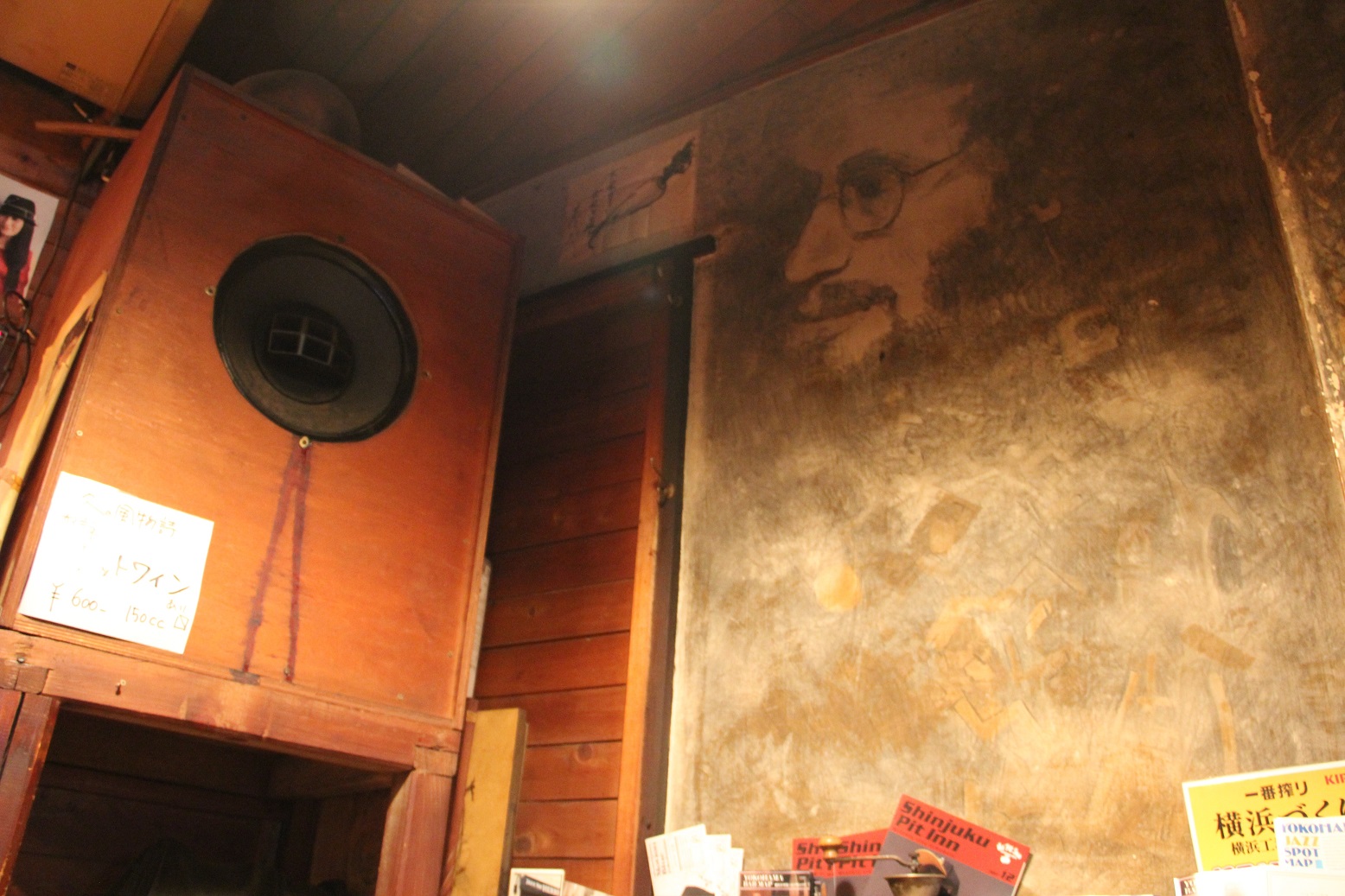 Oidon: At that time, if I put a white Suntory bill on the table and put ice and water on it, it felt like four or five people would surround the table and fill up the seats. At that time, it was easy to make. If you put a bottle, a seat will be established.
No matter how busy people came, I could wait even if the ice tub wasn't placed on the table. In 1975, it was like that.

Ryu: It's only recently that people are ordering one by one. 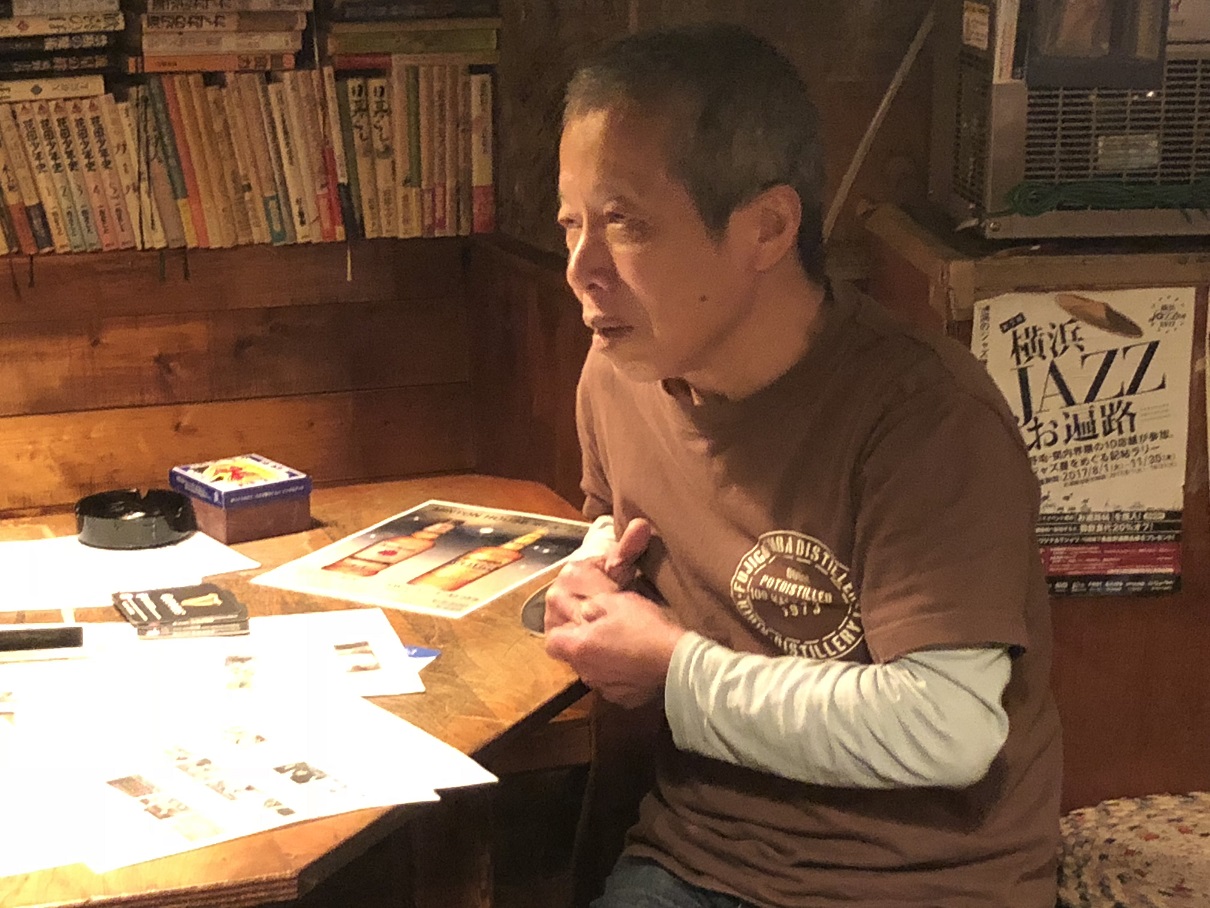 Oidon: At that time, I was chatting with bottles, but when the story was extremely lively, I handed over a memo that said, "It's too fun." So I'm talking to some extent, but I'd like you to refrain from talking loudly for private use.It was a shape.
I think that young people at that time would go to Japan when a topical artist came to Japan, even if it was fusion, and shared information on monthly magazines with Swing Journal. Nowadays, there are many people who want the whole atmosphere and also want the sound as a part of it.

Ryu: There are many records and speakers that I can no longer listen to, and things that I can hardly see at home, so many people want sound and atmosphere.

Oidon: That's right. At that time, people in their late teens and early 20s are getting older, and there are people in their 50s and 70s. There are also young people from time to time.

Oidon: I started this shop when I was 27 years old, and when I was wondering what to do because I couldn't do anything else, the person who was at the workplace when I was working at the university co-op before. Was also in the editorial department of the monthly Jazz, so I thought it was Jazz and started Jazz. It didn't have to be Jazz, it could have been rock, but rock has many albums that capture the moment. If so, it would be difficult just to arrange the records. In the case of Jazz, I decided to make Jazz because I thought that if I kept the 50's and 60's together, I could manage the present part and the past part.

Ryu: That's right, I understand why I chose Jazz. Why did you come to be called'Oidon'?

Oidon: Speaking of being bad at speaking and having a personality that makes you look down, it was just right.It was good. It's a business that can be said when you go home after receiving an order with your face raised. Now I can talk. Once inside the counter, I wasn't even talked to.
I didn't like being called a master when I came to be called Oidon. At that time, there was a manga called "Otoko Oidon" by Leiji Matsumoto, who was short and covered his face like a tulip hat, and had a daughter from a nearby ramen shop. It was, but
The character called Oidon is a character who likes ramen rice and lives in Yojohan, and he went to eat ramen rice correctly, so he became an Oidon. 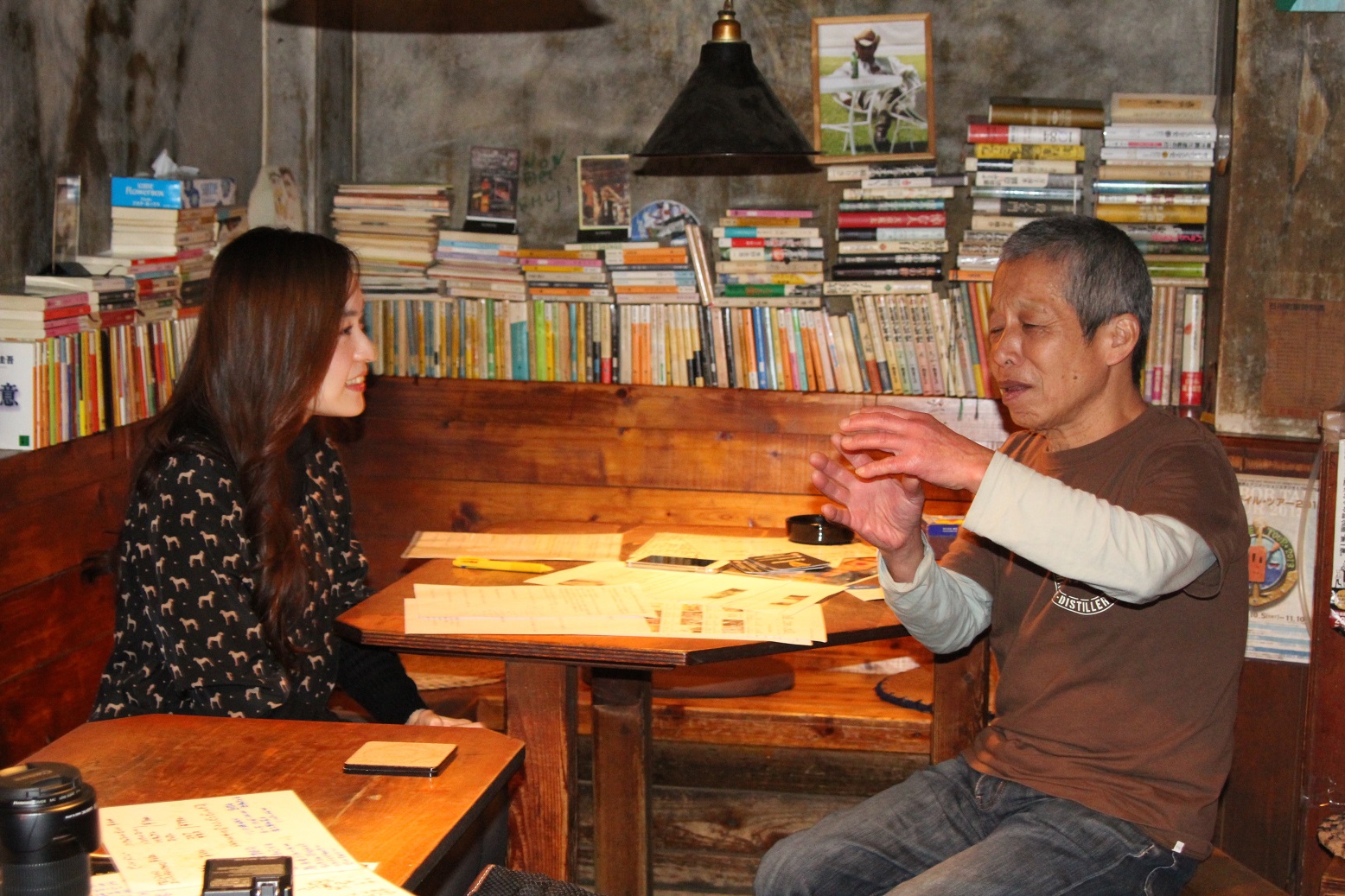 Ryu: You guys call me Oidon.
I've heard a lot of people say that the master will heal me, and I'm relieved to see him in person. I still have the image that the jazz cafe should be quiet, but I don't know. However, I am relieved that it is so kind.

Oidon: That was good. I think it's amazing that there are people who speak in their own words on one album, but I don't know if there is a technique or not, but I think that the piano is amazing, but with ordinary people It hasn't changed.
Well, I just listen to it every day.

Ryu: That's the biggest, isn't it? How are the songs selected?

Oidon: Don't think too much, if you have a piano solo, you can add a piano trio, a tenor, a trumpet, and a little instrument.It's about choosing like that while shifting.

Ryu: I see. Is it because it destroys the atmosphere of the store that suddenly changes? 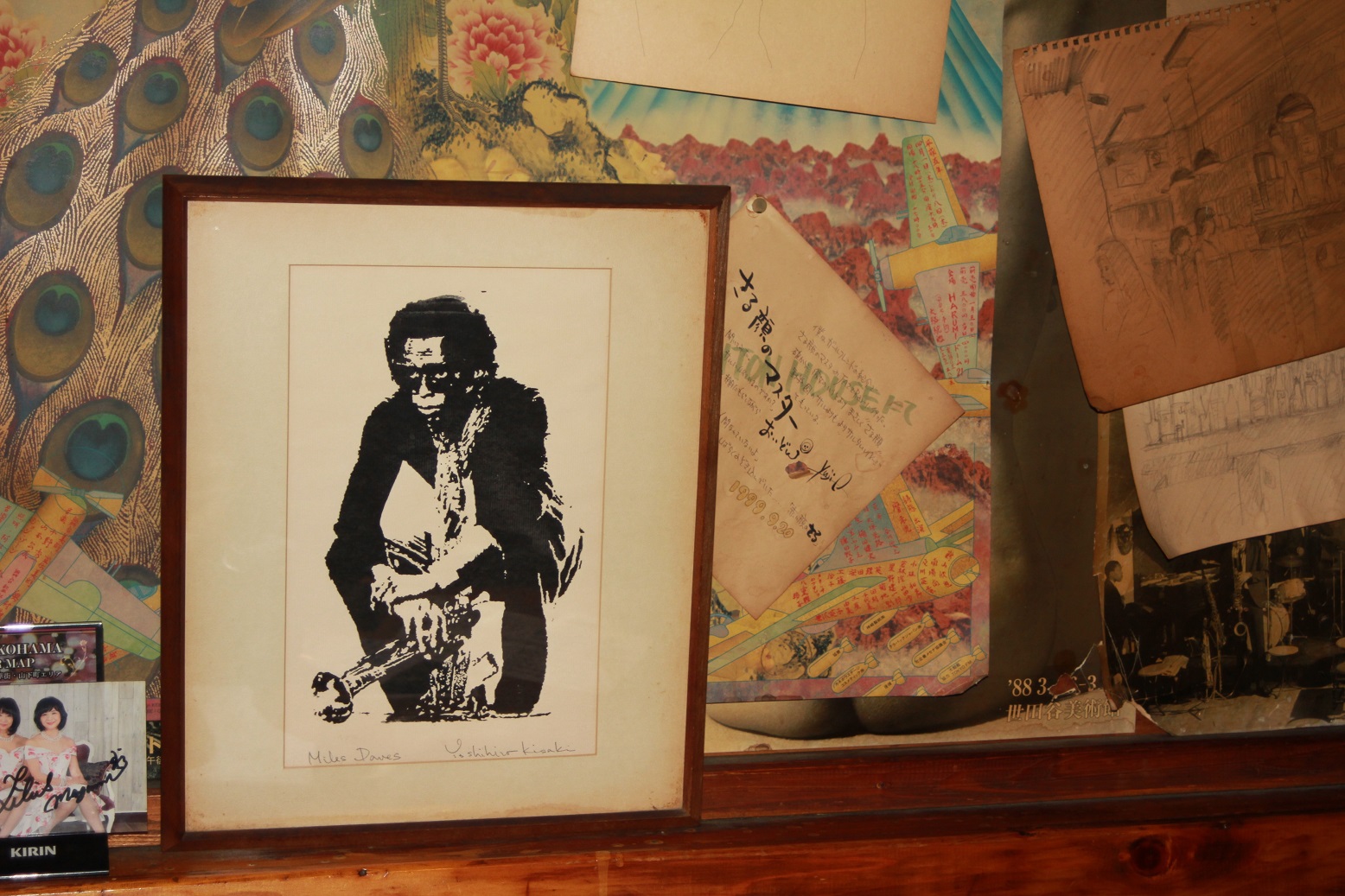 Ryu: This theme is Woman in Jazz. Is there anyone who wants to introduce you so that even one woman can enter at once?

Oidon: The door is closed because it's cold now, but when the door is open, everyone is glancing at the inside of the store. The door here is very heavy. I think it will take some time before I have the courage to open the heavy door and feel comfortable. I can feel relieved when I enter, but I think I have the courage to do so. Therefore, if you open the door a little, you may see everyone's eyes, but if you enter, the sound will be protected, so I think it's comfortable. I want to tell you that it's not a light shop.

Ryu: That kind of thing was also intended to be made.

Oidon: I'm wondering if a place that can't be seen from the outside is very important. The square and glass-enclosed shop has a private part that you can see from the inside but you don't want to see it, so this invisible seat and table seat are also commemorating your teens and 20s.I think it was a very important time, so I think it was an important part whether it was parting or not, so I will leave it.

Ryu: If you grow up and sit in the same seat again, your feelings may change, but various memories will come back to life.

Oidon: Well, the private space is actually brick, but it's cluttered with books, but it hasn't changed for 75 years. I cut the veneer version from one piece to make a chair, but it hasn't changed. I gathered together and made assumptions, and the day before the store opened, I cut out the gravure of Swing Journal without permission and drew it with charcoal. Nothing has changed since the store opened. 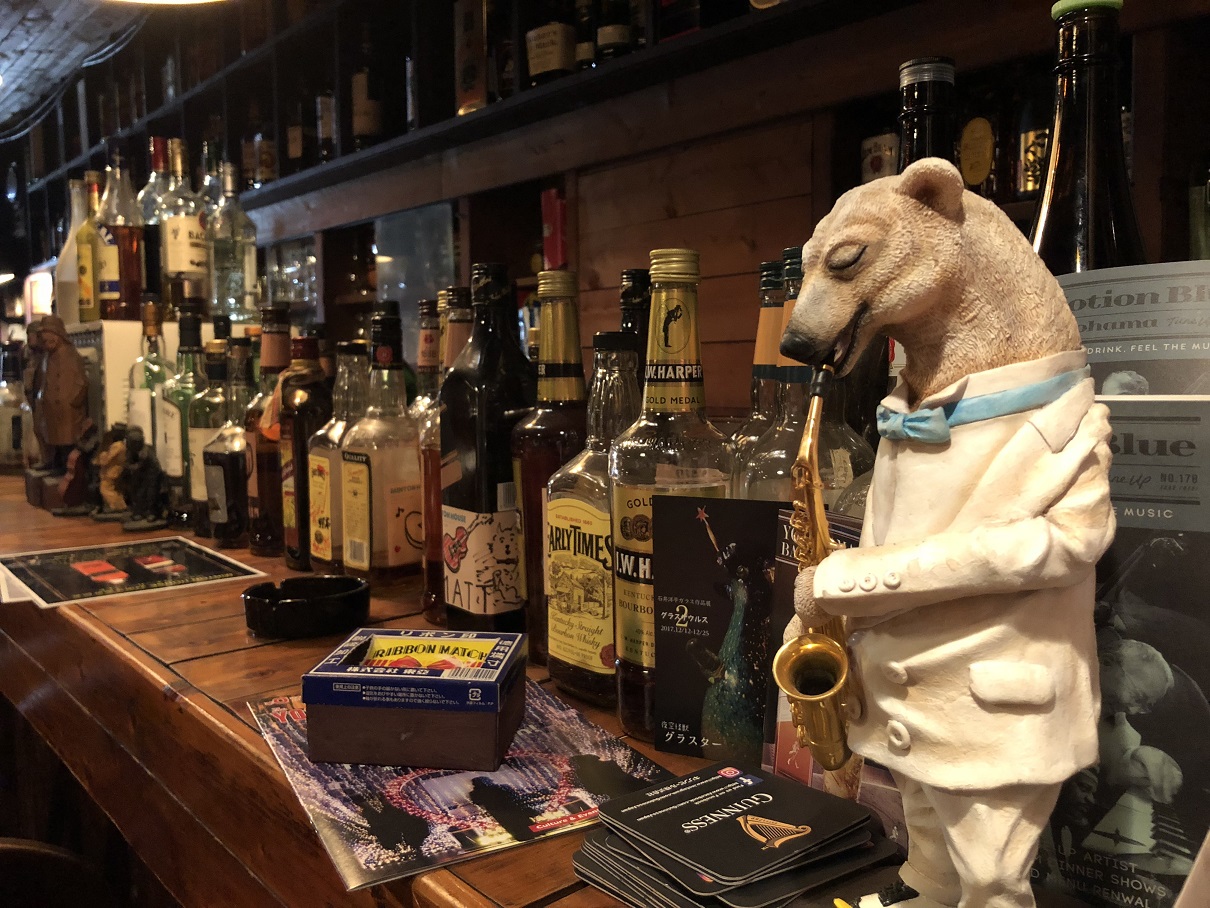 Ryu: That's right! cool. It's a shop that hasn't changed, and it feels like you've slipped back in time. Wonderful.

Ryu: What do you recommend for the store?

Ryu: Also, do you have any recommended drinks that go well with Jazz this time of year?

Oidon: It's cold, so it's hot wine. I'm the only one who puts effort into making it.
If it's a cafeChai is out and pour it with a mug. Chai is more popular because you can sweeten it yourself, so add cinnamon to the leaves and boil it in milk to serve it in plenty.

Ryu: What does this store mean to you?

Oidon: You come here, for example, once a year or once a week.
I'm here every day. Then if I'm not comfortable, I'll run away first. So this is a cozy place for me. That's the only thing I protect. Does that mean that I'm not the customer first, but I'm the first? Otherwise it won't last.

Oidon: What is all about life? 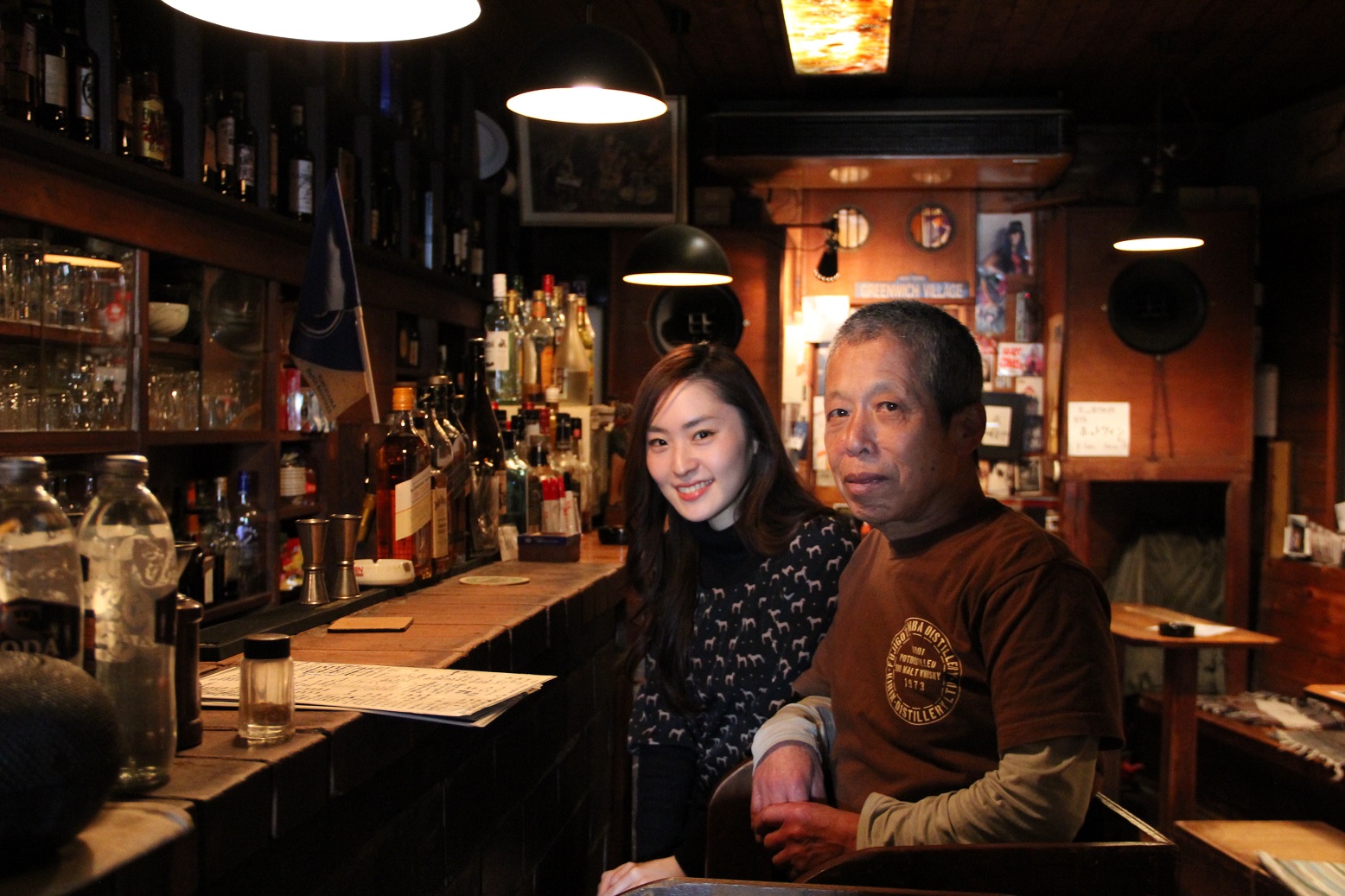 Ryu: Finally, do you have a message for female readers?

Oidon: Women act on their own, including where they want to go, men can't do anything, but women have their own vitality and move around freely, which is enviable for men. I think. A behavioral pattern that seems to have few things to protect. I want you to blow it out freely. Even if you say you want it, it's blowing out. It took me a long time to find this because it's best to do what I want to do nowThe moment I sit here is good, so I can start from there, so I think I'm happy that I'm alive now, neither late nor early. Happiness is here now.
I'm happiest now. Happiness is neither in the past nor in the future. Please do your best, playing Jazz, vocals of Jazz.

Ryu: Thank you! I was also encouraged.

How was it. The 5th "Woman in Jazz ♡"
This time, we visited Minton House, a long-established jazz bar quietly nestled in a small path in Yamashita-cho, near Yokohama Chinatown. If you open the heavy door, you will be healed by the sound and atmosphere while slipping back in time. And I think you can relax more if you talk to him.