Since its launch as Japan's first shadow troupe in 1952, Scarecrow has been leading the genre of "shadow dramas", performing mainly in domestic and international masterpiece fairy tales. I guess you may have encountered somewhere, such as on the stage or on TV.
Did you know that Scarecrow has an artistic side? "Hand Shadows ANIMARE" is that. "ANIMARE" in Latin means "to inspire and cheer up life." In other words, "Hand Shadows Animare" is an omnibus-style performance that creates various shapes using only hands and body, and you can feel a fresh surprise in nostalgia.

We spoke with Kei Sato, the representative of Scarecrow, about "Hand Shadows Animale". 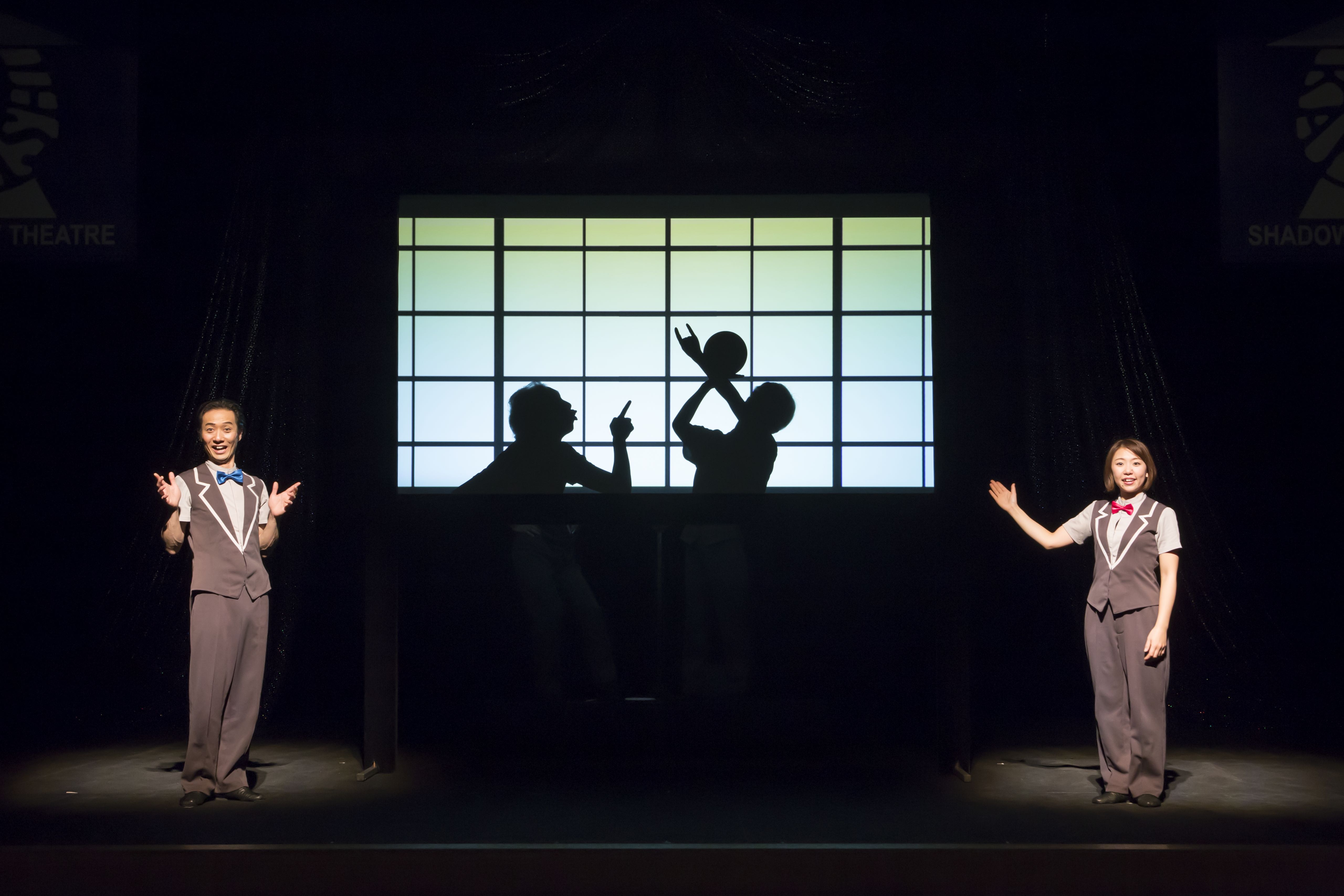 "I guess it was about 30 years ago. A famous director told me," Why aren't you shadow shadow troupe, why don't you do hand shadows? " You should try it because you can do it.
At that time, we were mainly engaged in shadow-cutting using paper dolls and paper dolls. He considered hand shadow painting a “traditional play” and never thought that a modern stage could be created. But he might say something might be possible, so I started researching little by little. SoIn that, I can do that, and if I can do that, the repertoire of hand shadow painting will increase. However, hand shadow painting uses a lot of physical strength, so I thought that it would be difficult to create a one-hour stage by itself. '' 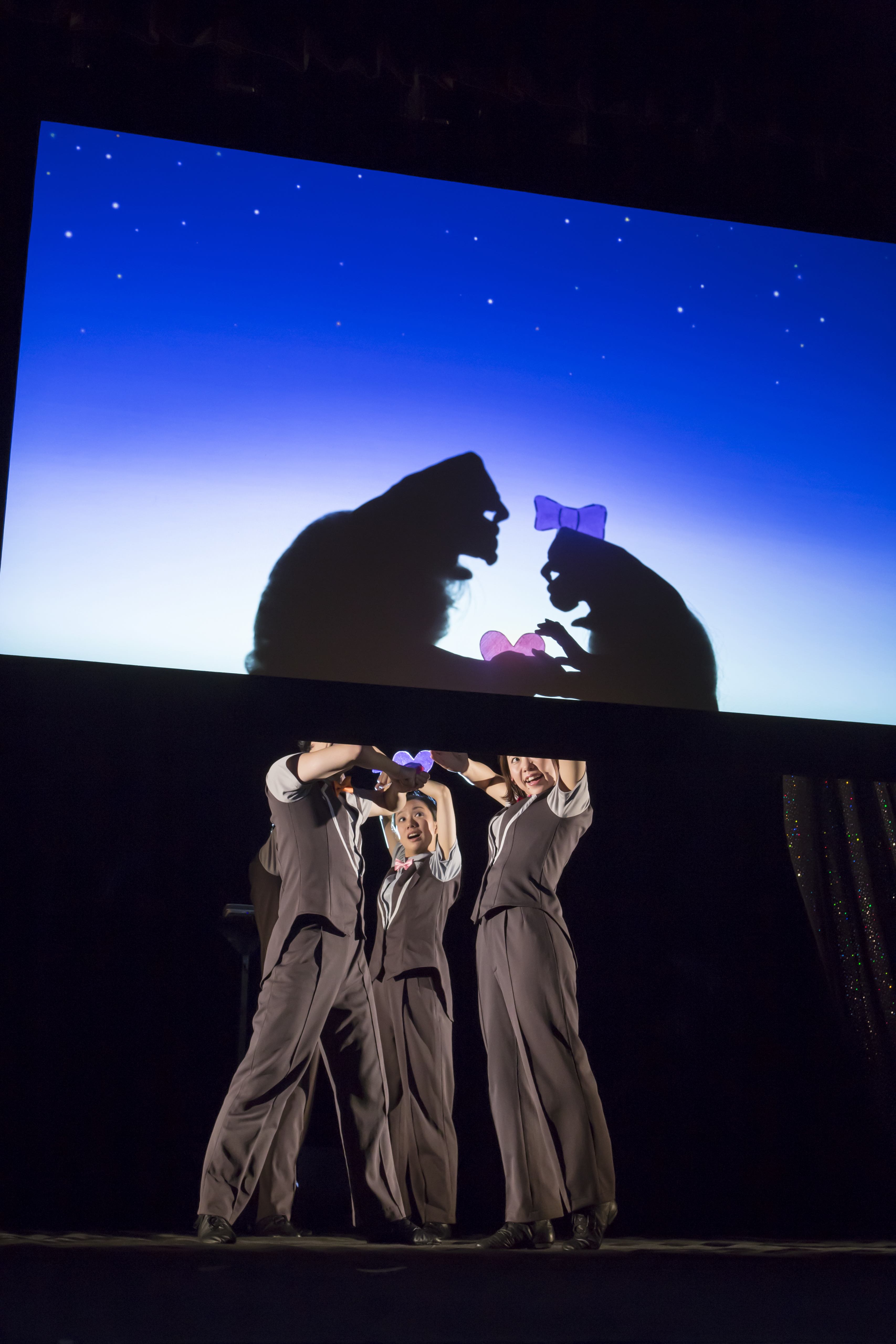 On the other hand, at Scarecrow, I was thinking about a full-scale overseas expansion. However, overseas, it will take time and money to carry your luggage, so you must move with minimal equipment. That is a serious problem that companies that challenge overseas, not only in Scarecrow, will always face.
Mr. Goto also thought, "If you are going abroad, there is no point in trying to work with international communication, not with the ones you have produced in Japan." With the help of mature hand shadows, I am determined to take on the world with “Hand Shadows Animare,” a fast-moving, sometimes danceable, unspoken music.
Sometimes at the 8th Schwabisch Gmund International Shadow and Picture Festival in Germany in 2009. 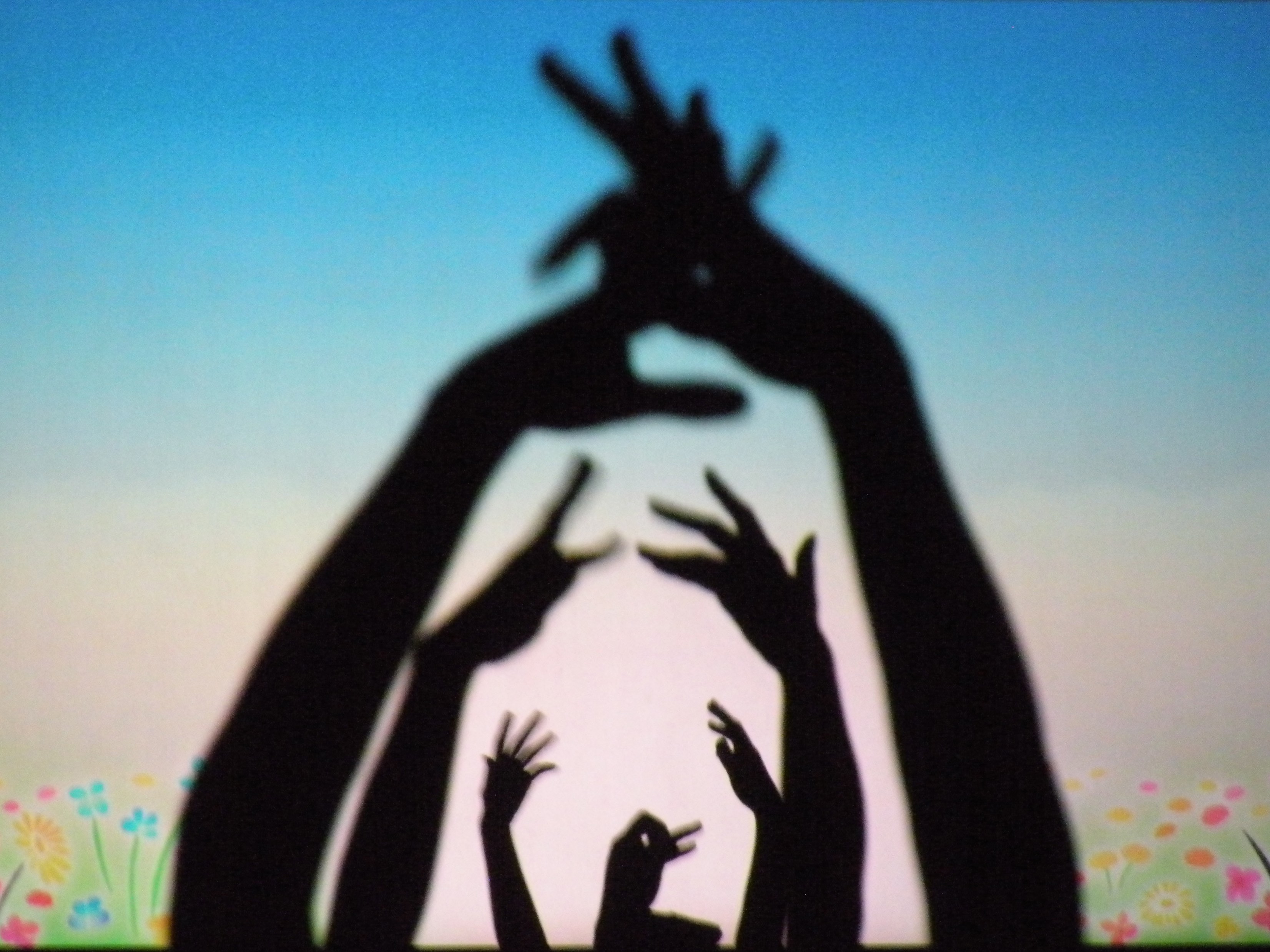 "Before, I had always included hand shadows in my work, but this was the first time that I did the whole work in hand shadows. The fact that no one could make a piece of time was something that no one had thought, based on the common sense of the past: I had a hard time reforming that consciousness, and one week before I left for Germany, I tried it to the last minute After a mistake, the work was finally completed.
At firstThe members who participated in the German festival told me the same sound, but the venue was heated just because we made shadows by hand. It was a wonderful experience, with great applause during the performance. I was glad that there was no such ensemble in the world, and I didn't know what kind of reputation it would get until I tried it. At that moment, various overseas festivals asked me to say, "I want you to come next." 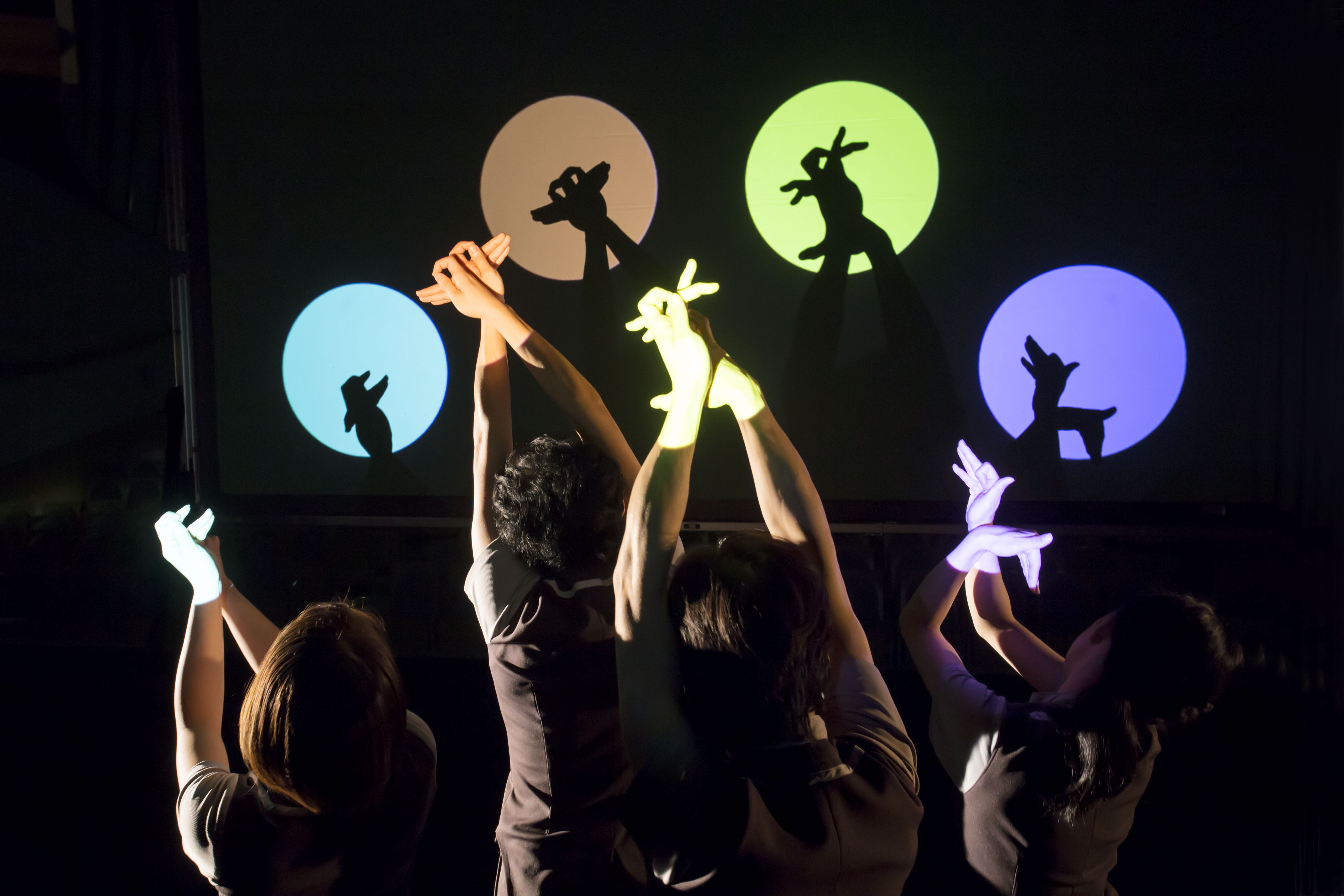 Later, he participated in overseas festivals in the Netherlands, Germany, Spain, Finland, Czech Republic, Brazil and other countries. Nowadays, there are about 100 repertoires of hand shadow paintings, and there are 50-60 works in Hand Shadows Animare. The stage is composed of various combinations.

However, not every member of the theater company can participate here. In charge of the stage, five or six out of the twenty people who met the requirements of outstanding skills in hand shadow painting, physical strength to withstand an hour's performance, and a certain degree of Scarecrow training. Of course, there are also activities of Scarecrow, so the performance of "Hand Shadows Animare" is precious.
This year, the 10th anniversary of the premiere of "Hand Shadows Animare", a performance will be held in Yokohama for the first time in three years. It will be a fringe performance as a program of "TPAM" (International Performing Arts Meeting in Yokohama). 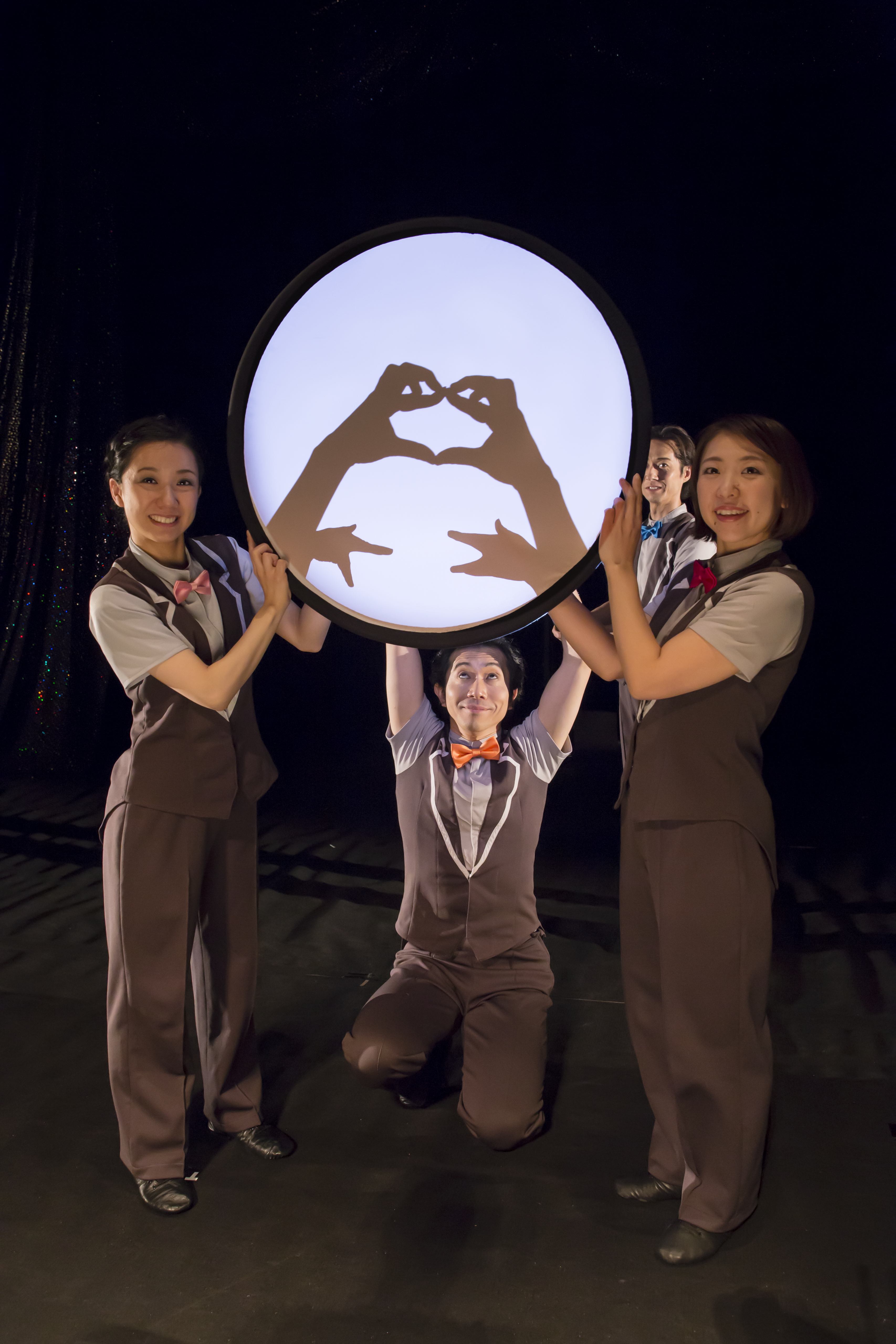 "In TPAM, 'Hand ShaI want to perform in the standard form of Douz Animare. I want many locals to come and see the overseas customers seeing their customers happy, ”said Goto.
It will be a fresh surprise for people who have a biased image of shadow painting. 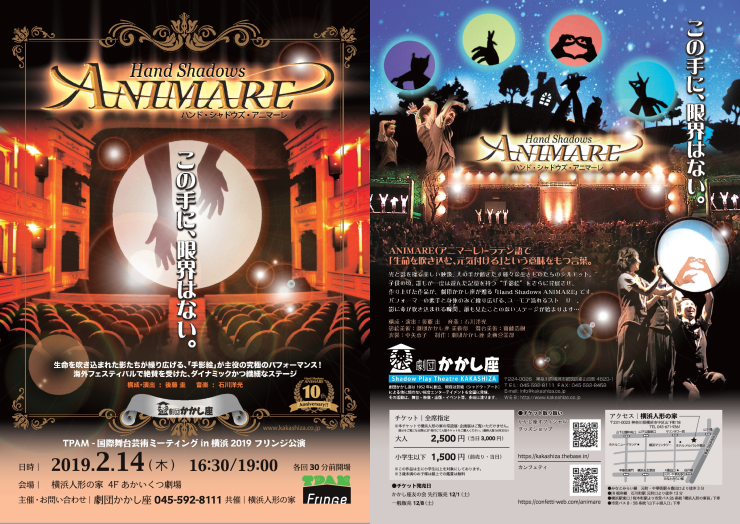 Yokohama Doll House is a doll museum that can be enjoyed by all generations, based on the concept of "a doll contact cruise from Yokohama and the world". More than 1,000 dolls are displayed on a regular basis, including dolls with rich local colours and valuable dolls made by living national treasures. In addition, we hold special exhibitions and events that the whole family can enjoy. There is also a museum shop and a cafe.