鶴見区民文化センター サルビアホール
(Please note that this page was created using Google's automatic translation service and understand that because of this, its translation may not necessarily be accurate.)

In 1890, a 13-year-old Casals found a stale sheet of music at an instrument store in Barcelona. Turning to the page of the little-known sheet music, the magic of the music instantly wrapped him around intensely and gently.
Rediscover the masterpiece "Surprise Cello Suite".

The musician, who had somewhat adapted the song, but at the time, recognized the artistic value of a collection of songs that were only treated as "practice songs for musical instrument improvement," Pablo Casals.

This song will be used by many people as BGM, so many people are familiar with it. What I want to focus on is the fact that it is frequently used as contemporary dance music. In other words, the state-of-the-art sensitivity and the audience need the power of music composed 300 years ago.

Nevertheless, Casals Bach, recorded in the 1930s, is wonderful. Strict Bach, who is said to be a monk. I wanted to get in touch with the live performance of Casals once. It is one of my personal dreams. 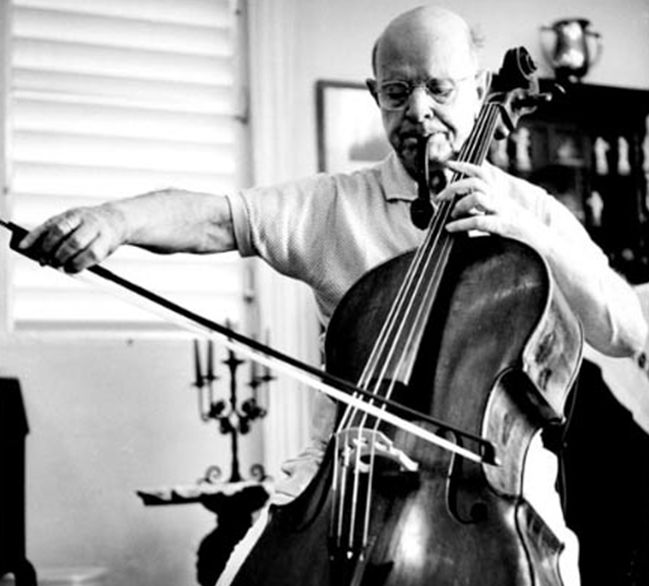 What if Casals did not meet Bach's score?
Ask such a nonsense question. A long time has passed, but some musicians think I would have rediscovered this classic. This week, the master of Baroque Cello, Anna Birsma, has died unfortunately. He is one of the key players in the movement that has become popular since the latter half of the 20th century.
A number of famous recordings and performances developed based on the idea of restoring the true form of music by incorporating instruments and performance styles of the composition age, have transformed the classical industry.
With harpsichord, not piano.
The orchestra is smaller and more crisp.
Fresh and nimble Bach! Mozart! Beethoven! It seems as if the dust accumulated with the times has been wiped out!
The fun of using old instruments but still new!
The Birma Bach, who appeared in such a situation, obviously had a very different impression from the familiar ones.

A performance that speaks rather than singing romantically. The original dance character is boldly adopted, and the tempo is also faster. Above all, it expresses the multi-melody structure of the song, and the more interesting it is, the more it is absorbed into the universe of Bach.
"It's like eternal unfinished"
In a word that my friend said about Bill Summa, he said at a concert he had been in contact with many times.
The joy and embarrassment of witnessing the moment music is born there. Somehow it's free ... air.

I think that meeting Birthma has changed the way I listen to music. A way of listening that was somewhat authoritarian and wanted a little "ultimate". 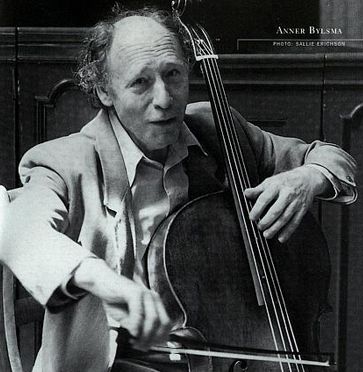 I was still thinking about recording "unaccompanied" in my twenties or recording Bach twice or three times, but now I'm afraid. Rather, young Bach is a favorite. "Unaccompanied cello suites" played on marimba and saxophone as well as viola and guitar are welcome. Everyone is seriously challenging Bach, and if the sound is different you may notice the new charm of the song.
Speaking of which, after experiencing Birsma, when I listen to the performance of Casals again, until thenI began to feel the delicate and sensitive aspects that I couldn't hear. Just as music changes, so does your ears.

Such a concert of all Bach "unaccompanied cello suites" will be held twice in November and December. Performing is Japan's proud baroque cellist and conductor, Hidemi Suzuki. I'm really looking forward to seeing what "now" he has, who has studied under Bilsma and is also experienced in the home of early music.
I don't know if you can hear a light chatter, but you'll be able to enjoy the baroque cello's distinctive instrument without a pin stabbed on the floor.
In the sense of Mr. Birsma's memorial, I want to come by all means. 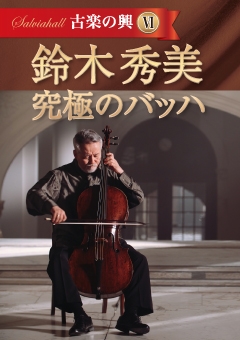 A teacher who has been sick for a long time and died for a while without visiting Japan. I can't forget when I met in front of the dressing room after the concert.
The feel of the hand that gave us the signature and handshake.
She signed to her wife, violinist Vera Beth, and is chatting with a friend. He gently urged me, who hesitated and waiting, to ask, "I'm OK.
I received various treasures.

Salvia Hall, Tsurumi Kumin Cultural Center, Yokohama City is located in the complex "Sea Crane" in front of Tsurumi Station. Use as a venue for various cultural and artistic activities and appreciation, such as a hall that can be used for various cultural and artistic activities, a music hall that is suitable for performances that enjoy the original sound of musical instruments, a gallery with movable panels, a rehearsal room, a practice room, etc. receive.