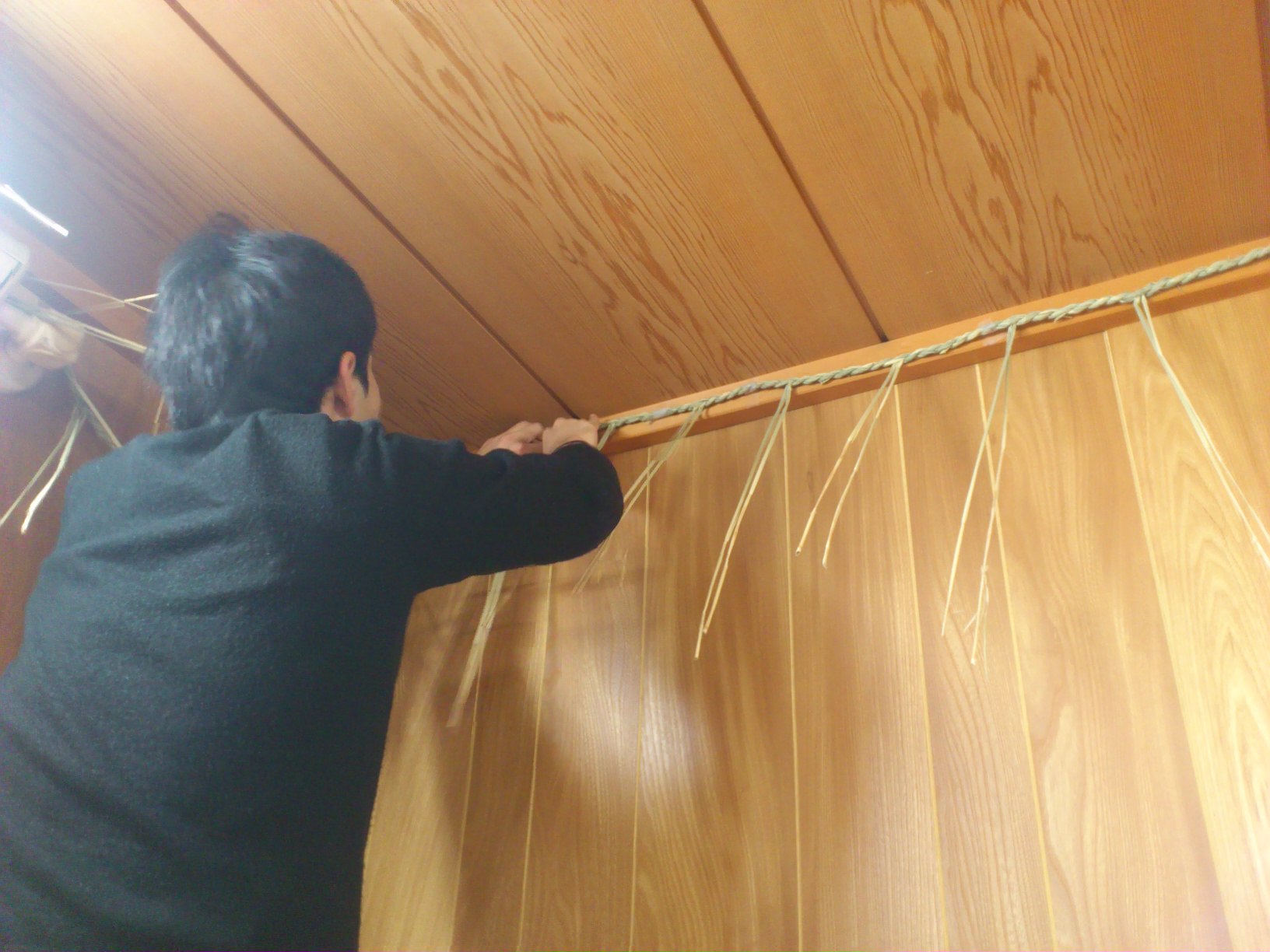 New Year's Day celebrating the New Year. A group of disciples gather at the rehearsal hall to perform the "Utai First Ceremony".
On another day, the whole company (students in the classroom) will also gather to hold the "Mai Hatsushiki".
This is a tradition of Kagaku, and it is an event unique to the Nogaku world. 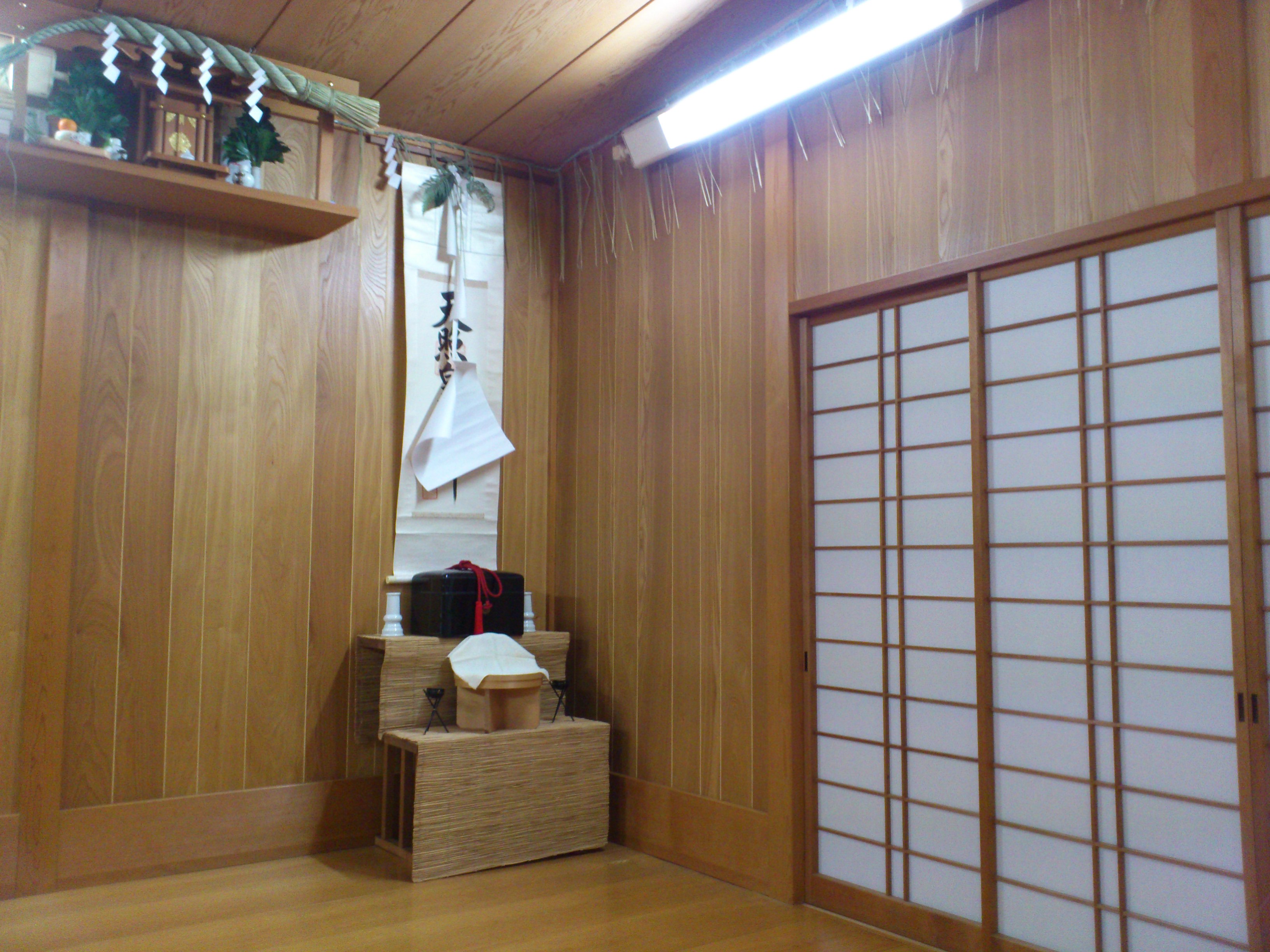 On the stage is the hanging scroll of the ancestral god, the face and bell of the "black lieutenant" used by Kyogen in the most sacred performance "Okina" in Nogaku. Sakaki, salt, rice and sake that have been taken down from the Kamidana. These are displayed on a special altar, and the ceremony is held in front of them. We pray for the safety of the stage of the year as we live the new year. 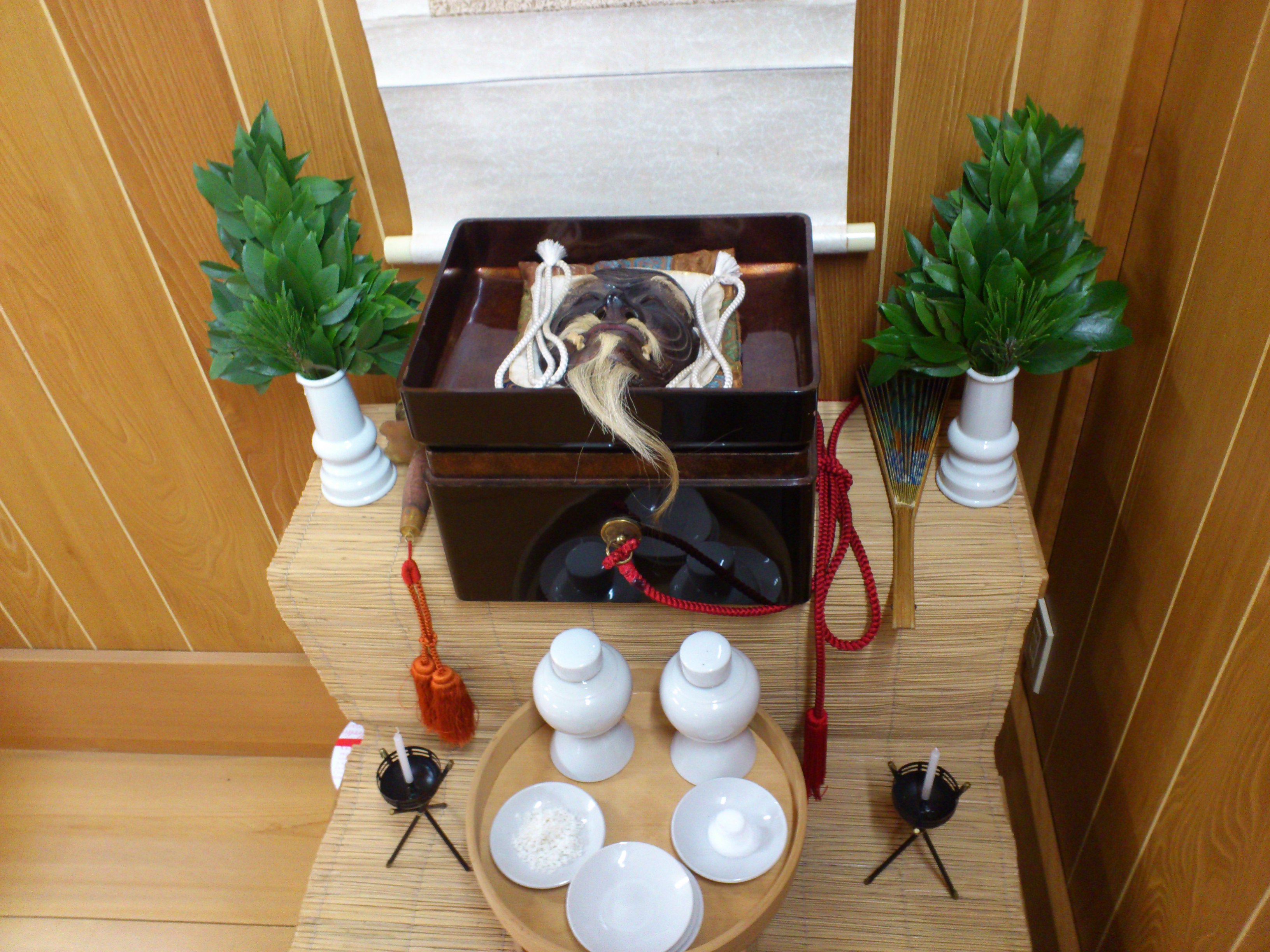 At the end, cleanse yourself with Omiki, salt and rice on the three treasures, and then go to the New Year party. 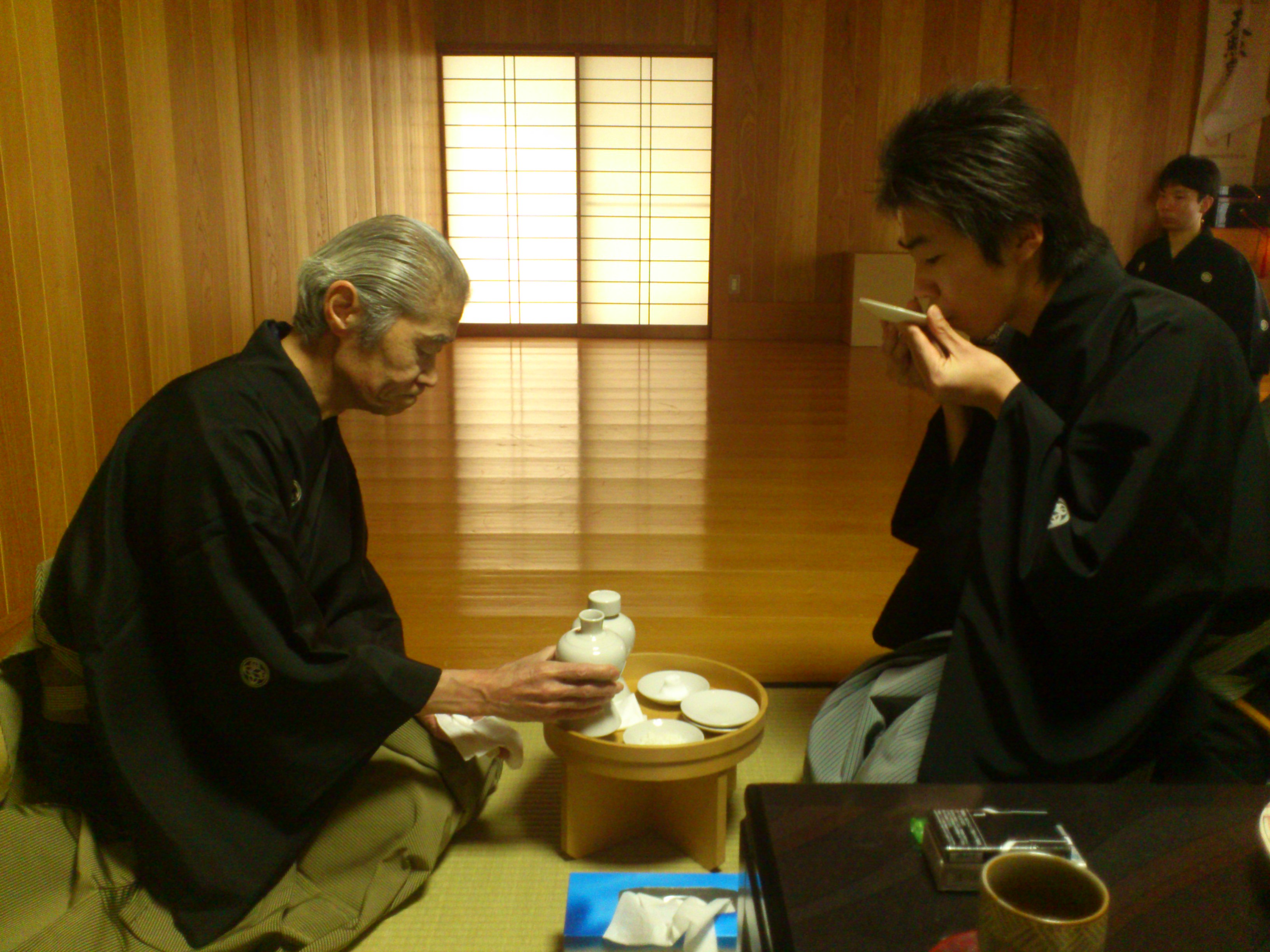 "Fukubiki" is the most exciting event at the New Year's party. You may do it anywhere, but there is an interesting "play" peculiar to Kyogen. The point is to write and paste the Kyogen lines that match the Fukubiki items (about 500 yen) prepared by the participants on Noshi.

"Now, it's time for Fukubiki!"
Start vigorously with the voice of our job.
"Mr. XX was exhibited by Mr. XX. The line from" Gypsum Kneading "is" That's right, suck, suck ", but what's inside? "
By the way, "plaster" is an external medicine that is applied to a piece of paper or cloth and attached to the affected area to suck out the poison. The Kyogen performance "Plastic Yakuri" is a story in which Kamakura and Kyoto's Kyogen Kyogen "suck and compare".
That's why the contents of Fukubiki products are "desktop cleaners".
It's a gift exchange with a stylish word game that is unique to Kyogen, but there are things that are well done, and there are things that are too disciplined to understand, so I can't stop laughing.

Now I think it's the beginning of a year that is suitable for Kyogen, but when I was a kid, I couldn't help but dislike this series of events during the year-end and New Year holidays.
I really thought, "I don't need handsels, so I want to spend a" normal "New Year!" 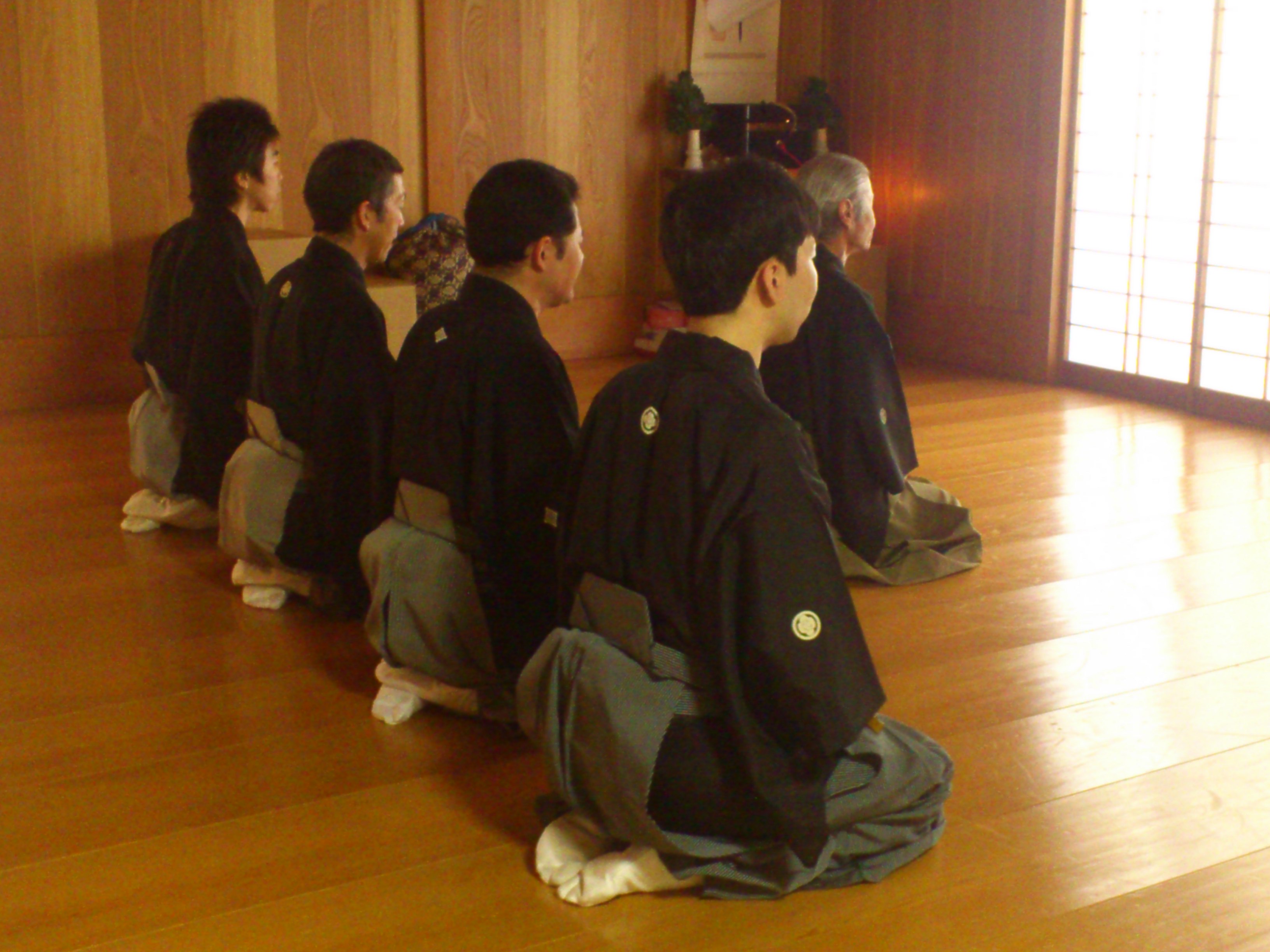 By the way, there are only a few places left this year.
At the time of general cleaning, I look back on the year and thank for new encounters and successes while reflecting on my mistakes.
When the new year comes, I pray for the happiness and development of many people who support us.
Although it is said to be the "last of Heisei," I want to welcome the new year with a smile and gratitude, just like every year. 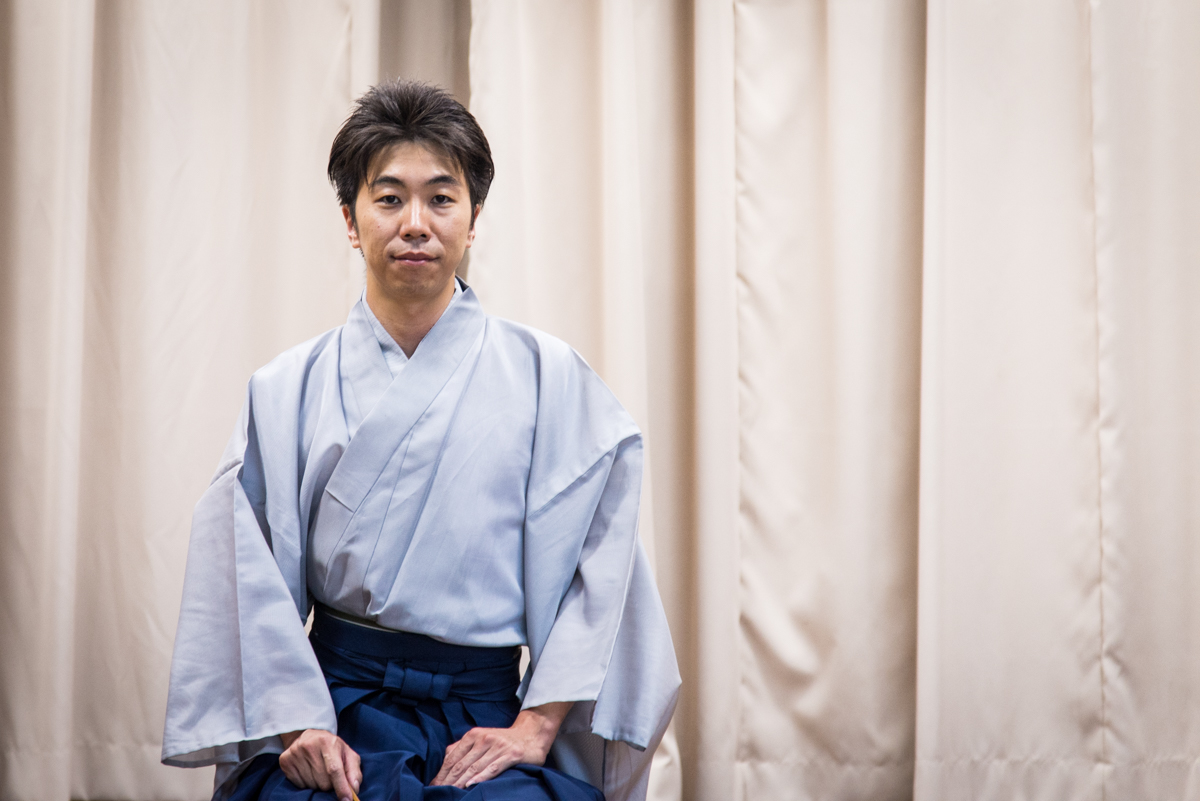