Wakabacho Wharf opened in 2017 as an arts center that integrates a small theater, studio, and dormitory-style accommodation. This is a space established by playwright and director Makoto Sato as the total settlement of his stage activities. Up until now, "Wharf Workshops" have been held for young artists who are active in neighboring Asian cities to gather, talk, learn from each other, and disseminate information both domestically and internationally. 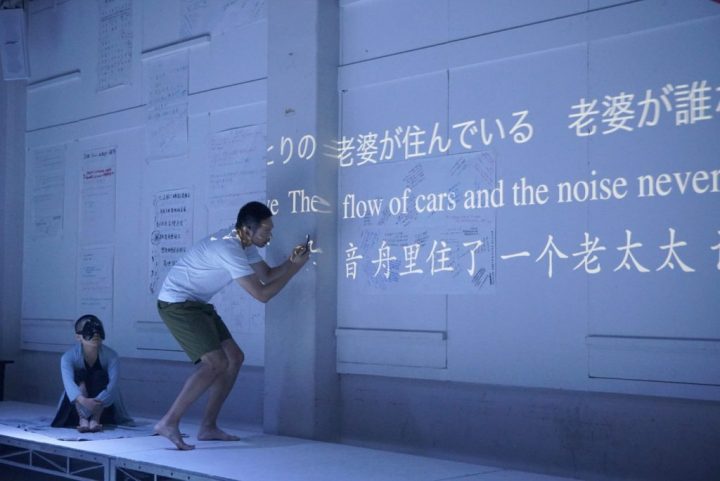 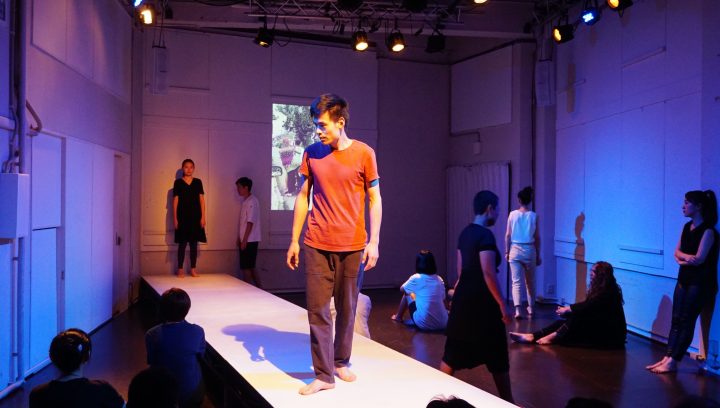 In late March, Mr. Sato read the feelings of "I can't enjoy it with peace of mind" from the facial expressions of customers who visited the theater, and decided to refrain from operating the entire building until June 30th. It also meant that the activities of the well-prepared wharf workshops would stop. However, Mr. Sato does not make it a mere “closed”. While the facility operation was suspended, the space was opened to the area as a "vacant lot" and the activity of " Wakabacho Wharf Online " was started to deliver the situation in real time.

The first project is the "COVID-19 Memorial Theater" where various artists spell "graffiti" on the wall of the small theater on the first floor. It was broadcast live on the "Worf Channel" , but it's still not interesting just looking at it from a distance. Therefore, I visited Wakaba-cho Wharf in late June, when the self-restraint of moving across prefectural borders was eased.

The white walls of the small theater, which was called the "white box," are likely to be filled with graffiti by various artists who visit on a daily basis.
"I thought it was because of this that the walls were whitened," says Mr. Sato, but it's a surreal world.

Obviously, there are windows and doors on the wall. I didn't notice it, so when I opened them all up, it felt surprisingly bright and peaceful. Even though it's the same space, the image is quite different, and it's strange ...

This is a graffiti by artist Yuri Miyauchi, who appeared as a top batter.

Since it is open as a waiting room for the mini theater Jack & Betty in the neighborhood, there is also a leaflet of the movie whose release has been postponed in one corner. This also seems to be part of the art.

The day I visited was the day of the regular "well-end meeting" on Tuesday. It was a simple meeting where neighboring art facilities such as Jack & Betty and Cinemarine gathered to look back on the past week, but it was a good opportunity to deepen the connection between Wakabacho Wharf and the town.

We asked Mr. Sato, who finished the Idobata meeting, about the "future" of Wakabacho Wharf.

"I think it's going to be really hard. Being forced to" self-restraint "for a couple of months should definitely have an impact, especially on children. Given that, everyone has ever been. It may be necessary to move to a slightly different stage.
What can the artist do in such a situation? The role of theater is probably to produce words. I think it has a role to put into concrete words the emotions that everyone can't put into words well. "

"One thing that was clear to me was that I wanted to keep this facility until I handed it over to the next generation of young people. I want to perform my own work, but first I think of a new way and stabilize the operation. I have to let you do it. "

The first resumption of activities from July is "Machi Naka Gallery ① Wall Exhibition". The walls of the theater, which are colored by the brushes of many artists, are open to the public.
During the period, it is said that a workshop of "Hatoba Club" will be held, in which children will be asked to graffiti using the floor instead of the wall. I'm looking forward to seeing how far that pure white space will "grow".

The wharf workshop, which had been suspended, seems to start moving around the end of the year. Obviously, it's not easy, but we've also launched crowdfunding to enable continuous collaboration with artists from all over the country and neighboring Asian cities.
* Click here for an overview of Mr. Sato's thoughts and crowdfunding !

It slows down, but doesn't stop. It seems that the days of keeping an eye on the trends of Wakabacho Wharf will continue.