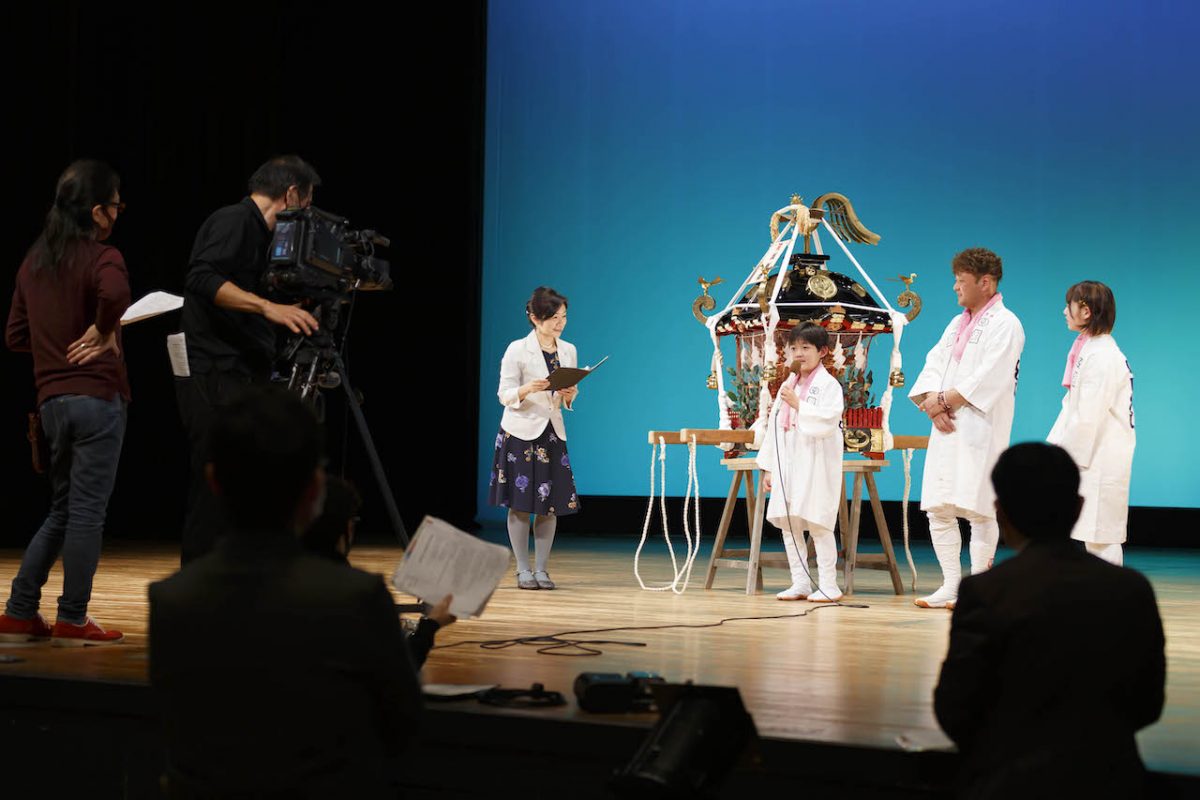 Kanagawa Prefectural Youth Center
(Please note that this page was created using Google's automatic translation service and understand that because of this, its translation may not necessarily be accurate.)

"Kanagawa Traditional Culture Children's Yearbook" was planned as a place to experience the rich cultural heritage nurtured in the climate of various parts of Kanagawa Prefecture, such as traditional performing arts, folk tales and traditions related to the region, and old-fashioned play that has been passed down from generation to generation. 』. Unfortunately, the performance at Kanagawa Prefectural Youth Center Koyozaka Hall in March 2021 was canceled, but it was planned to be held at the hall because "I want you to feel the" energy of hope "through various traditional performing arts." Part of the content of the performance has been changed and the video will be distributed.
It is said that traditional Japanese culture contains "prayer" for the healthy life of children, such as the growth of children, the safety of their families, and the elimination of epidemics. In order to deliver such a "prayer" heart as soon as possible, we will report on the recording scenery prior to the video distribution on March 25 (Thursday)! The gods were prepared on the stage. Yasunori Nakazato and his family from the Imajuku Matsuo Ogami Mikoshi Preservation Society have the same shape and decoration as the Mikoshi that participates in the summer tradition "Chigasaki Kaigan Hamaorisai" that represents the Shonan Sea. Please introduce its history and features. By the way, this portable shrine is said to be privately owned by Mr. Nakazato, a portable shrine craftsman. After receiving an interview with the moderator, Mr. Funamoto, I was a little nervous at first ...
However, in the second half, the three family members sang the "Jinku" sung at the festival at a good tempo. The Chigasaki Kaigan Hamaorisai, which is said to have started in the latter half of the Edo period, is said to be called the "Akatsuki no Matsuri" because the portable shrine begins to move before dawn, and is designated as an intangible folk cultural property of Kanagawa Prefecture. It was canceled last year due to the corona disaster, but I can't help but hope that it will be held this year through the prayer of "no illness" that was put into the festival. A cypress stage and a silver byobugaura were prepared on the stage, and then the recording of "Arc no Kai" began. It is a unit of male dancers who are releasing powerful new dances one after another in order to connect Japanese dance to the future. The performance is "Wakashishi", which is a choreography of the representative performance of Noh Kyogen, "Sanbaso" as a Japanese dance. It is said that "Sanbaso" has been handed down with wishes for people's lives, such as the extinction of plague and the absence of illness, along with Taihei Tenka and abundant harvest of five grains. Can be felt.

At the beginning, we will demonstrate "Kiribi", which causes sparks with flint. In Japan, where fire has been regarded as "clean", it was customary to cut fire as "apotropaic magic" or "purification". That wish is included in this demonstration. In addition to this, in the delivered video, the performance of "Hakone no Yutate Lion Dance" by the Hakone Miyagino Lion Dance Preservation Society, the shakuhachi & koto unit "5523 ~ koibumi ~", the "traditional play" transmitted to Kanagawa Prefecture, and the performers It seems that interviews etc. will also be recorded. The Prefectural Youth Center is a facility that aims to foster the healthy development of young people and contribute to the improvement of the culture of the citizens of the prefecture. I am working on.
1. Development of human resources to promote experiential learning for young people
2. Response to youth withdrawal, school refusal, delinquency, etc.
3. Support for promoting youth science experience activities
4. Support for youth and prefectural performing arts activities