June 2nd is the anniversary of the opening of the port of Yokohama. This originates from the fact that the port of Yokohama opened on June 2, 1859, 162 years ago, based on treaties concluded with various countries. By the way, did you know that the port of Yokohama was not originally supposed to open? Initially, the shogunate designated Kanagawa Minato (near Honmachi, Kanagawa Ward, Yokohama City) as an open country port, but due to various circumstances, it was suddenly changed to Yokohama Village (near Kannai, Naka Ward, Yokohama City). This was different from what was written in the treaty, so it seems that foreign countries opposed it, but the shogunate's explanation that Yokohama Port was also a part of Kanagawa Port was accepted. At any rate, the original form of the spot that represents Yokohama, such as the current Osanbashi, was completed in this way. Since then, as you know, Yokohama has developed into Japan's largest international port city. 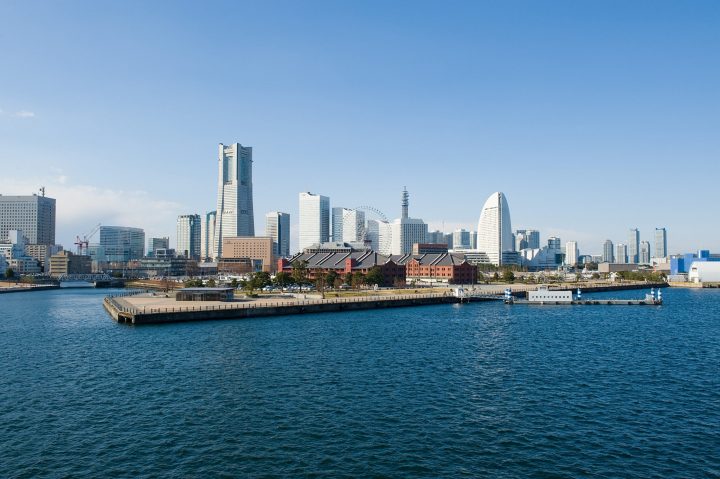 Today, I would like to introduce something that is said to have originated in Yokohama.
Export Co., Ltd. sells various design goods and original foods based on Yokohama's intelligence, quality and humor, touching on each story. The "Red Brick Depot" operated by Export is crammed full of Yokohama-derived products.

Soap "Isoemon SAVON" campaign target
The first successful soapmaker in Japan was Isoemon Tsutsumi of Yokohama. This product is based on the soap molds in the museum, and faithfully reproduces even the relief. The package was designed using the original label owned by the Tsutsumi family. You can enjoy the cutting-edge design and nostalgic scent at that time.

Yokohama Ale (Beer)
This is a modern reproduction of the British-type beer Pale Ale, which was the most popular beer in the foreign settlement when Yokohama opened its port. We are particular about the fruity aroma and deep taste that make use of the characteristics of top fermentation.
Yokohama Port Cider
Cider also originated in Yokohama. It is a cider with a nostalgic taste that is sweetened by melting sugar with water. The point of this label is that the blue circle, which is the color of Yokohama, is the motif, and the dots can be seen from the back of the bottle. The cool design brings out the refreshing taste. (The picture is the blue dull version)

Yokohama King Curry Perli
Curry is said to have landed from England in the early Meiji period. Western restaurants in Yokohama were among the first to put it on the menu and served it to people. Yokohama curry is modeled after the taste of a Western restaurant. Of course, the taste is great, but the "Perli" package, released to commemorate the 150th anniversary of the opening of Yokohama Port, has an outstanding impact and is a gem that pleases the eyes and the tongue.

ketchup
Tomato ketchup also originated in Yokohama. "Shimizuya Tomato Ketchup" developed by Yosuke Shimizu in 1903 is the beginning of domestic ketchup. It was reprinted in 2007. Based on the recipe (procedure) of the time, the taste of the time was faithfully reproduced.
Yokohama Neapolitan
Neapolitan is also originated in Yokohama. Using Japan's first domestic ketchup "Shimizuya Tomato Ketchup", the balance of sourness and richness is exquisitely finished.

Yokohama Café
It is said that the first time coffee was served in Japan was at the Royal British Hotel, which opened in Yokohama. From such an environment, coffee makers such as "Key Coffee", "Caravan Coffee", and "Sanbon Coffee" originated in Yokohama. It was developed in collaboration with Sanbon Coffee to convey the culture of the café that opened in the settlement in the 1860s. We have prepared a “rich blend” with a bittersweet taste and a “mild blend” with a gentle taste. 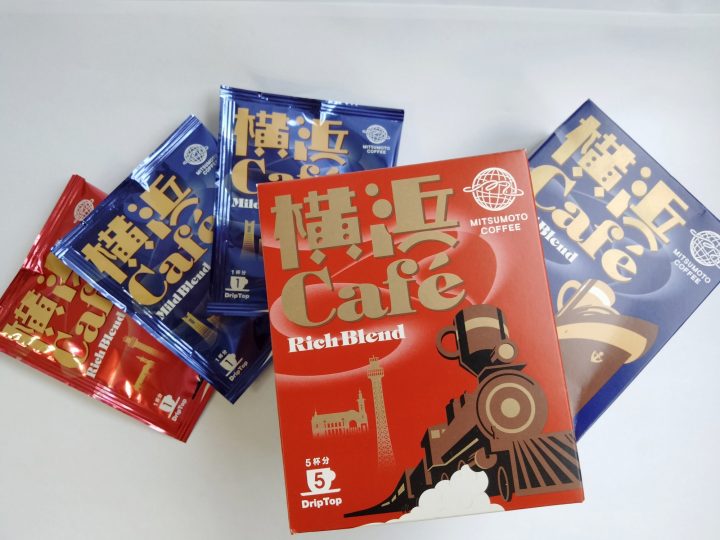 In addition, one of the reasons for the popularity of this shop is the stylishly designed products with plenty of humor and images of Yokohama. Let's introduce just a few of the many.

Yokohama Chocolate "Red Shoes"
It's a waste to eat, but the red shoes you want to decorate are chocolate. It seems to be a standard souvenir.

Yokohama caramel
That caramel is also transformed into the Yokohama version. The roll of the dice includes the icon version of Yokohama, such as the landmark tower, cruise ship, tugboat, and bay bridge, and the Zoorasia version.

Oh Yokohama! that! red box
Arare made in collaboration with Minoya Arare Manufacturing Honpo, a long-established hail maker in Yokohama, is a hail made from Neapolitan using Shimizuya ketchup, a hail made with Komatsuna from Yokohama, and a dry hail that is perfect for Yokohama beer.

blue dull chocolate
The familiar marble chocolate is also blue, which is unique to Yokohama. It is a design of the popular Yokohama-born character "Brudal".

Mask sticker [power of aroma] campaign target
This product with "Brudal" drawn on the package is a sticker for a mask. This seal is impregnated with natural aroma oil, so it seems that the mask life will be more comfortable.

Things that originated in Yokohama, things that are full of Yokohama.
The products of Export Co., Ltd. were full of feelings for Yokohama and the charm of Yokohama.
Why don't you stop by when you visit Yokohama? 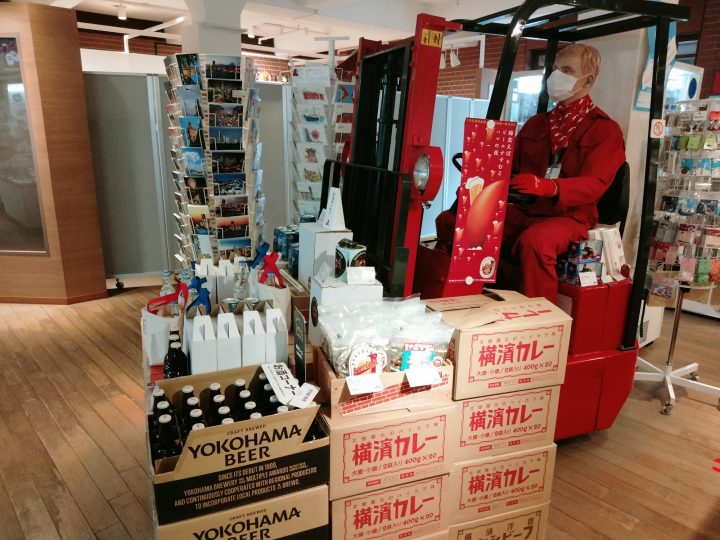 *The campaign has ended.

gift campaign
This time, we will give away the popular "Isoemon SAVON" for 3 people and "Mask Seal Aroma no Chikara" for 2 people!

Lottery and winner announcement
・ After a strict lottery, only the winners will be contacted by message from the "Magcal Editorial Office".
* If you set to refuse to receive direct messages, the winning will be invalidated.
* Please turn on the notification setting (push notification) of the Twitter application on your device.
・Please note that you cannot select the product.
・Winners will be contacted in late June 2021.
・If you win, please contact us for the shipping address.
*Election is limited to once per person.
*There may be delays in contacting winners due to unavoidable circumstances.
* Prizes will be delivered only in Japan.
* If the prize cannot be delivered due to the customer's address being unknown, the winning will be invalidated.
* Personal information received will not be used for any purpose other than the lottery.