The NHK Taiga drama "Kamakura-dono no 13-nin" is about to enter its second half, and a fierce power struggle with conspiracies begins. In the power struggle, how Hojo Yoshitoki consolidates power
I can't take my eyes off how it will be drawn in the future.
Of the 13 people, this time, we will introduce the places related to Mr. Oe (Hiromoto Oe) and Mr. Adachi (Morinaga Adachi).

〈Places related to Oe Hiromoto〉
Oe Hiromoto was originally a lower-ranking aristocrat in Kyoto, but his older brother Nakahara was also one of the 13 lodgers.
I moved to Kamakura because of my close relationship. It is said that he was appointed as a betto (chief) of the administrative office, and made great achievements in negotiating with the Imperial Court and building a political system. Above all, the achievements of ``installing shugo and jito all over the country'' and ``despite the prompt dispatch of troops to Kyoto and suppression of the rebellion against the backdrop of the Jokyu Rebellion, where there were many opinions of taking a wait-and-see attitude,'' stood out. It seems that. From such a point, it can be said that Oe Hiromoto is a person who has excellent ability to read the current of the times and has foresight. 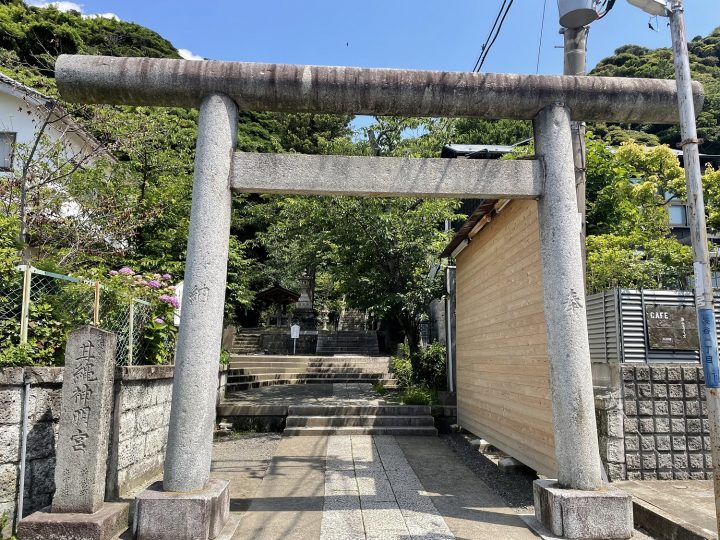 It is located about 2 kilometers from Tsurugaoka Hachimangu Shrine and near Hasedera Temple. Said to be the oldest shrine in Kamakura, it is said to have been deeply revered by Genji. In the precincts, there is also a monument of Morinaga Adachi's residence.
It is believed that there was also a mansion.
Amanawa Shinmei Shrine 📍 1-12-1 Hase, Kamakura City, Kanagawa Prefecture

When Minamoto no Yoritomo passed away in the NHK Taiga drama "Kamakura-dono no Thirteen", he said, "There are very few people who mourn (his death), except for his relatives." I am not sure if it is true or not, but I think that Adachi Morinaga is definitely included in the "very few". Adachi Morinaga did not serve Minamoto no Yoritomo out of a relationship of kindness and servitude, but perhaps he respected him as a person and was by his side as a friend.

Stay tuned for next time.

*Please note that there are various theories regarding the content of the columns.