-What kind of facility is Wakabacho Wharf?

(Kawaguchi)
A facility with a capacity of 44 people on the 1st floor, a studio with a mirror and a lesson bar on the 2nd floor, and 20 beds on the 3rd floor. 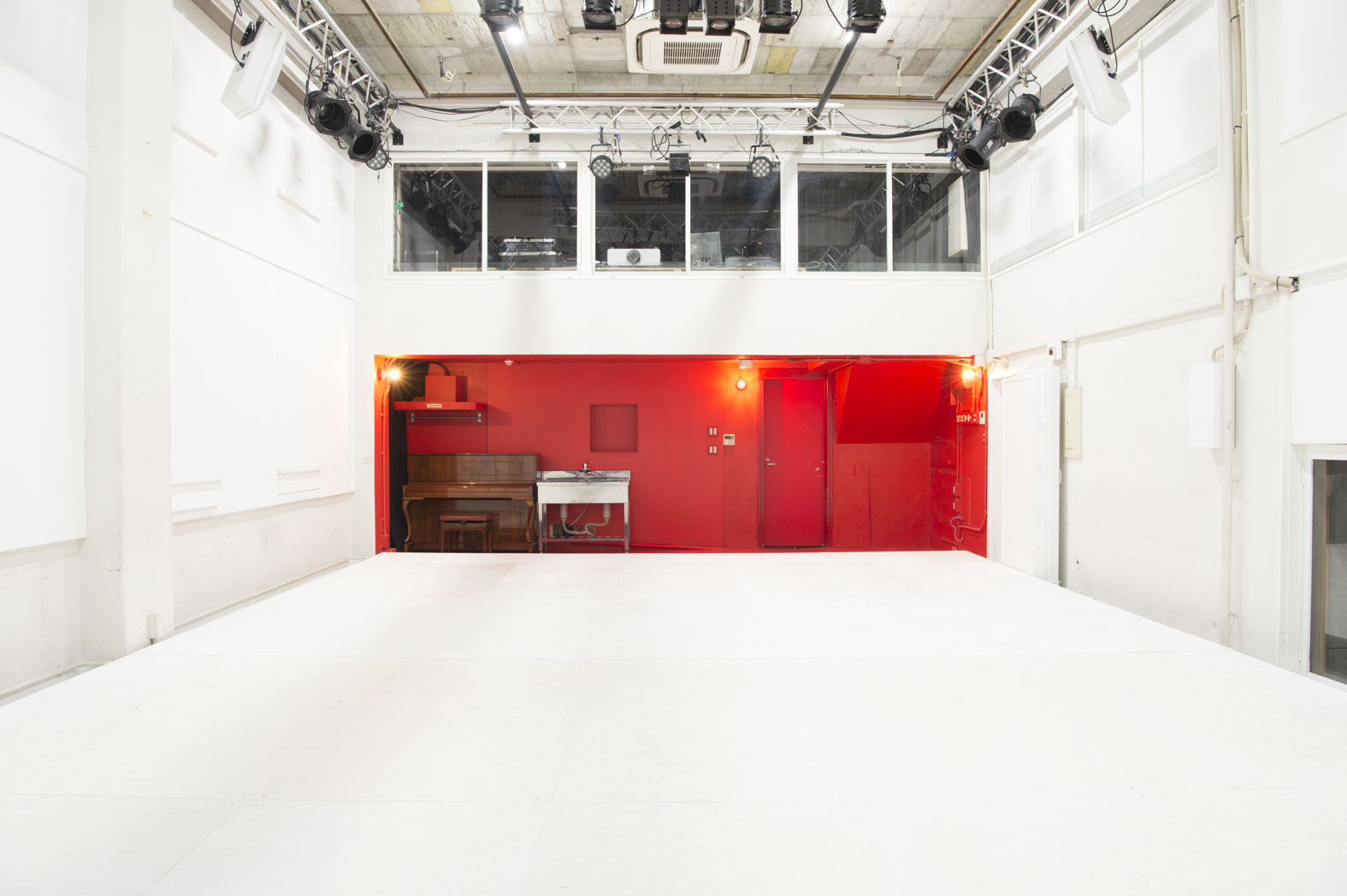 First floor theater. It features variable seats, a stage, and a high ceiling of over 4 meters.

(Kawaguchi)
Wakabacho Wharf is aiming to be an “art center in the town”. Here, there are places to make, stay, and live. Living, making, and presenting. In addition, various people can be involved in various forms, such as watching a theater and being involved in production. Wharf means "pier," and I imagine that activities and exchanges will spread from here.

I think that the number of artists-in-residence (AIR) facilities where artists will stay in the area, receive inspiration from their lives and exchanges, and create works while using them as creative resources will increase both in Japan and abroad. However, we would like to make it a place where we can positively collaborate with other facilities and other areas and make connections, such as what we made here will be performed somewhere next time.

Wakaba is a very attractive city. One of the characteristics is that people from various countries live in the area and it is easy for foreign visitors to spend their time... 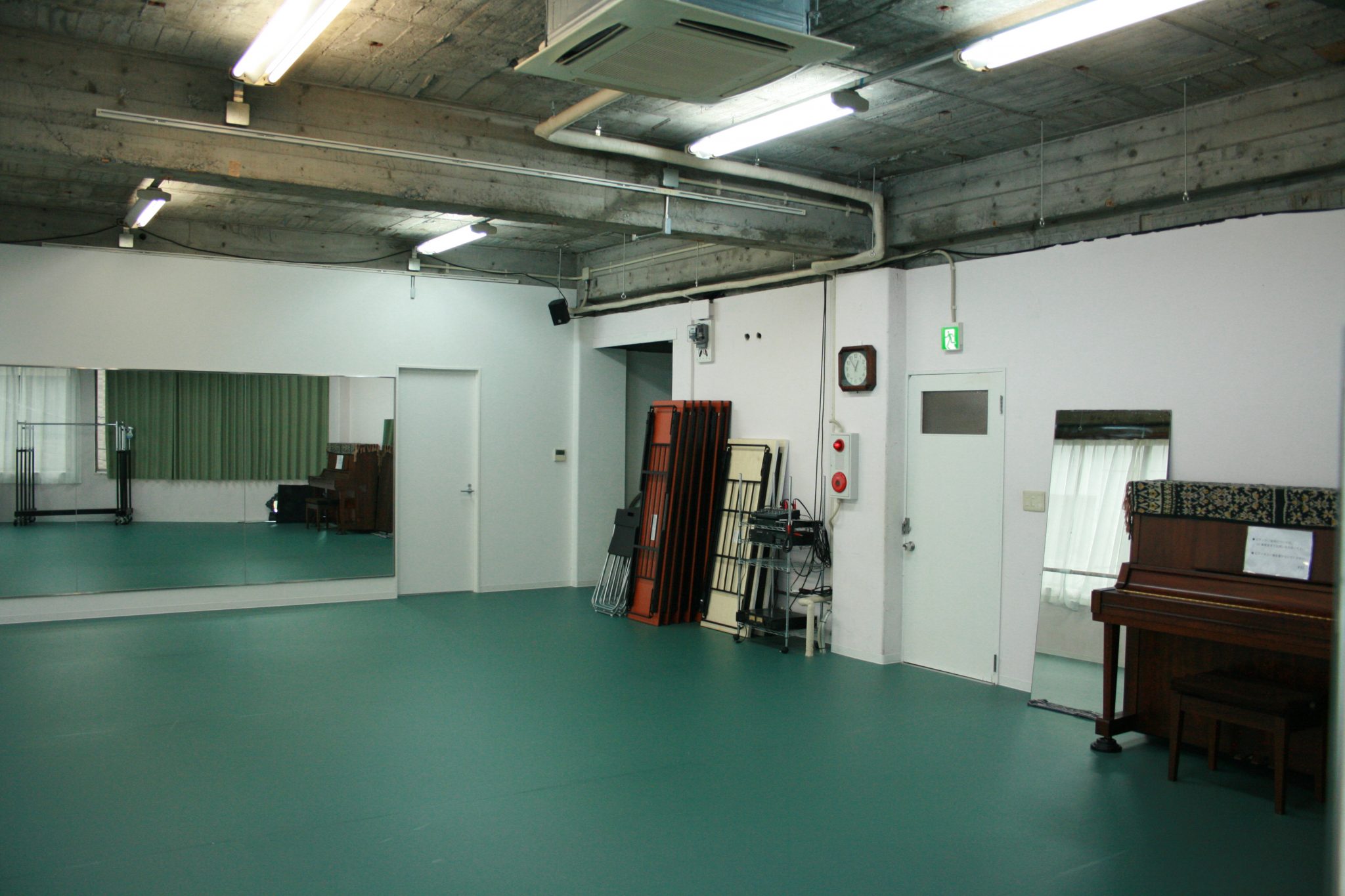 Studio on the second floor. It is suitable for training as it has the same size as the stage on the first floor. You can also use the dressing room during production.

-Please tell us about this event.

(Kawaguchi)
Sarah Kane is a playwright who was born in 1971 and was active in England in the 90's. It's been 20 years since he died. It was introduced in Japan in the 2000s.
In the 90's, when she wrote the drama, in the days of the Rwanda, Gulf War and Yugoslav conflicts, Kane made a spectacular debut with a work that inserted the atrocities of the then British soldiers into the drama. She wrote "4.48 Psychosis" in 1999, but died at the age of 28 without ever seeing a theater performance. 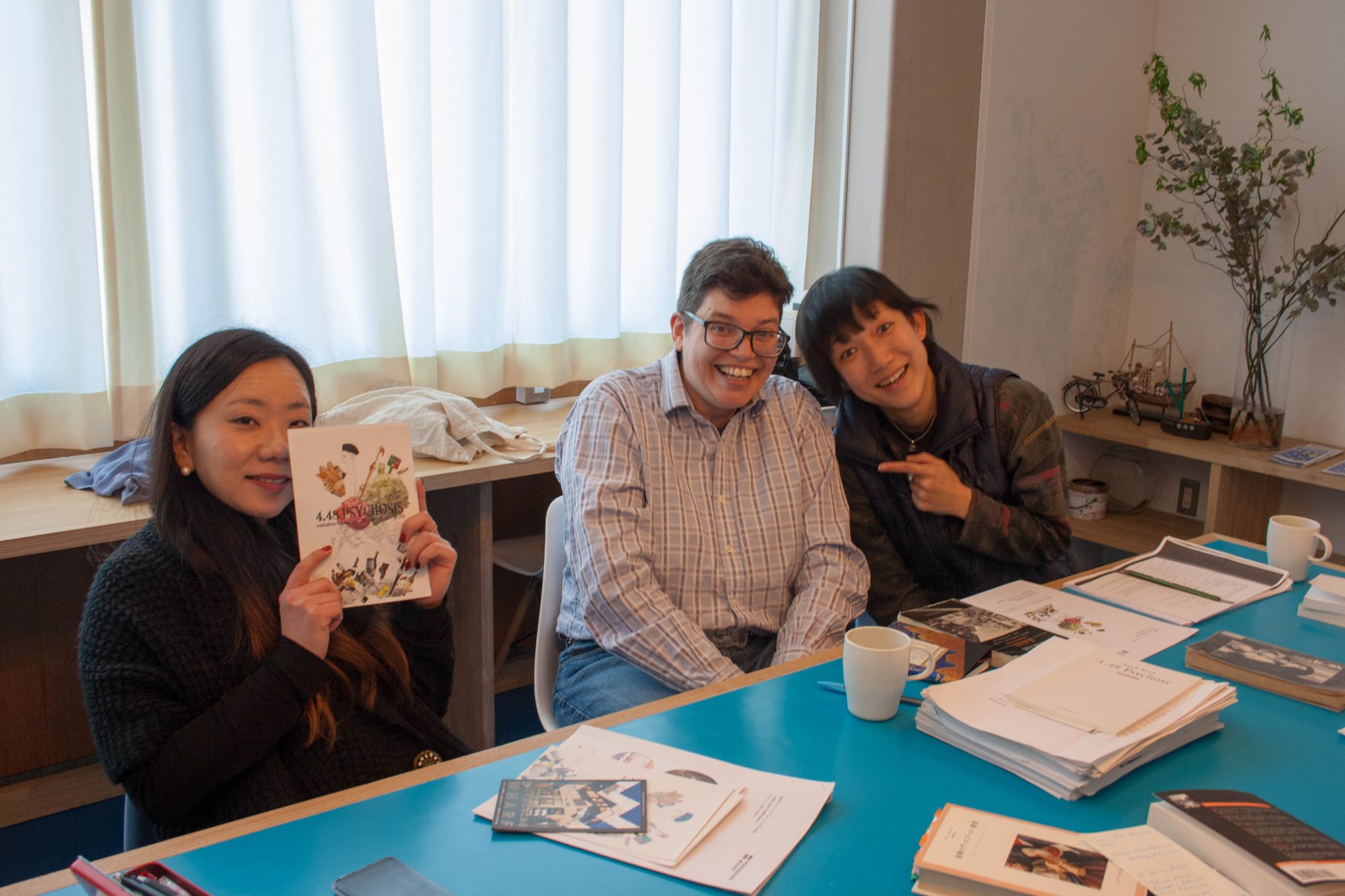 At the shared lounge for guests on the 3rd floor. 12 beds for unisex/8 beds for women. Equipped with common kitchen, shower, washing machine, free Wi-Fi. It is also registered on the inn reservation site, so you can stay even if you are not a theater official.

-When I read the drama of "4.48 Psychosis", first of all, there was no role name, and it only appeared as a list of numbers.There are some parts that do not exist, and it looks very different from the form of the drama. I can't imagine how to perform.

(Kawaguchi)
That is right. It's not a simple play, so I'll start by unraveling what the play says. Then I wanted to work on the work. It is planned to take two years to work by taking advantage of Wakabacho Wharf, where artists in residences are available.
The author of this work, Sara Kane himself, says, "I don't know how many actors will appear." Since I am a writer who rewrote and published my own drama that was performed, it can be said that "4.48 Psychosis" is not the final draft. I think there are various possibilities because it is not a final draft.
Right now, I'm in the middle of a discussion with Sarah Kane's researcher, Nina, alongside English and Japanese texts.
In this reading, I will tell you the words of Sarah Kane. I have a plan to announce it in the form of an opera in the winter of 2019. 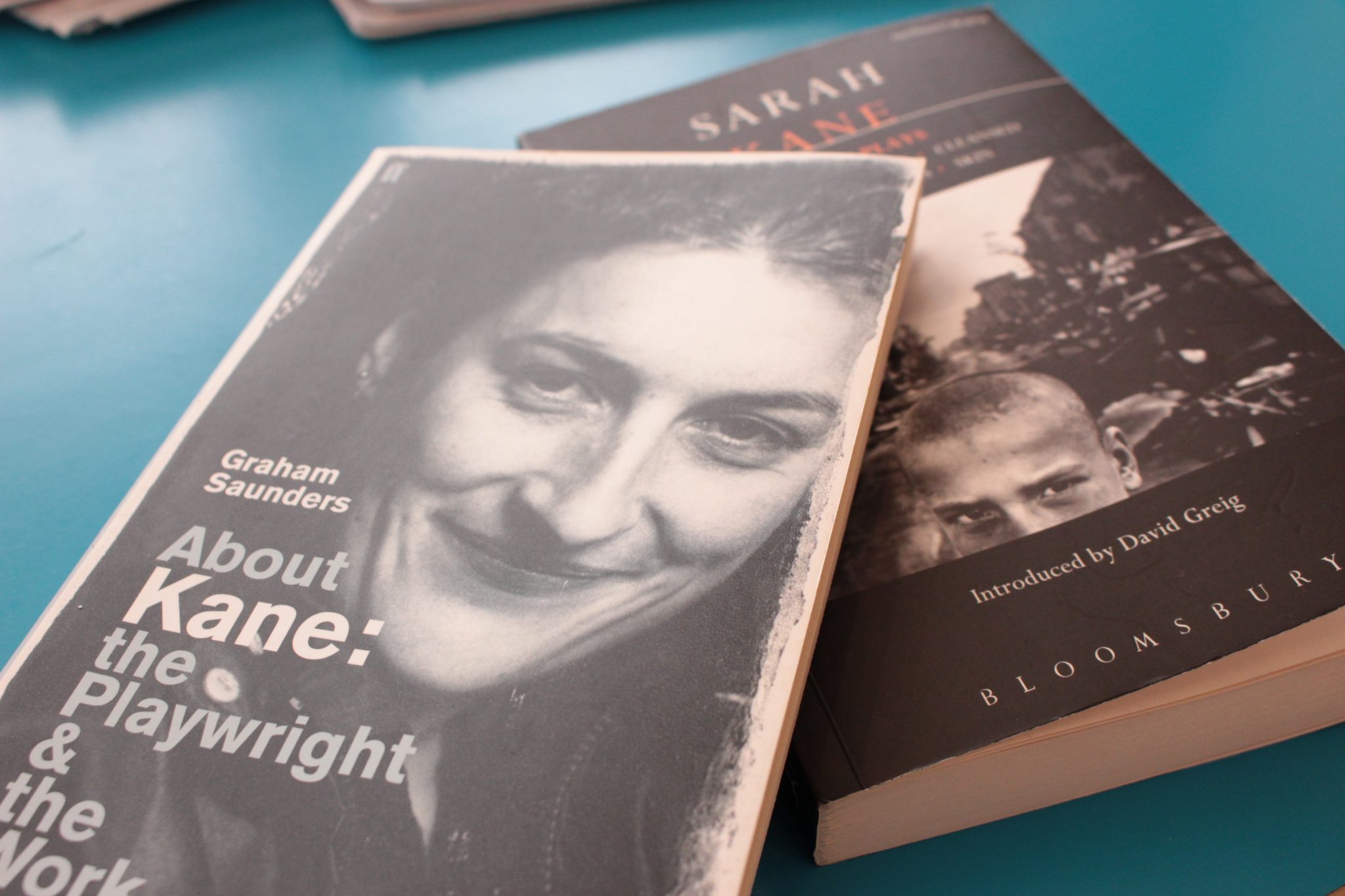 British playwright Sarah Kane was born in 1971 in Essex. In 1995, at the age of 23, he made a spectacular debut with "Blasted". Acclaimed by Harold Pinter, Edward Bond and others. Released 5 plays and 1 short screenplay. He died at the age of 28. The darkness is not felt from the expression on the front page of the drama collection.

-How did you meet Mr. Nina, a researcher of Sarah Kane, and Mr. Takimoto who appeared?

(Kawaguchi)
A few years ago, when I was performing a series of Sarah Kane's works, I met Nina Kane, who happened to travel to Japan. It's been about 10 years since you first met Takimoto. We met each other during the training period. I don't think there are many people who will be involved in a project like this one (laughs), but I've been working with Takimoto-san on experimental things other than Sarah Kane's work. 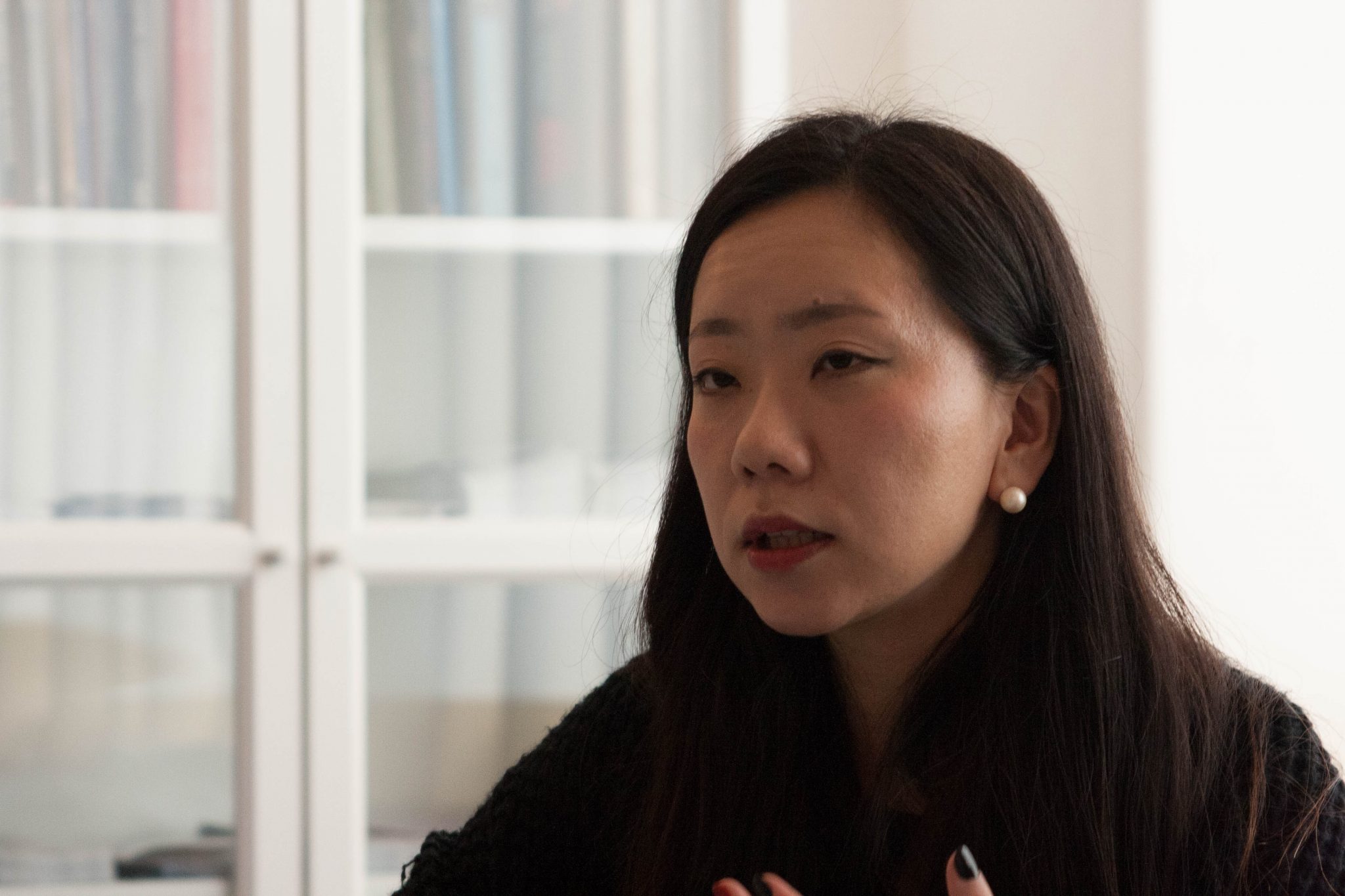 -How do you feel about the study of Sarah Kane in Japan, far from England?

(Nina)
This is the first time I have stayed in Yokohama, Japan. I am also inspired by participating in the theater salon and interacting with local theater people. I feel that various activities and connections across countries are empowering the place called Yokohama.
Earlier, when I saw Kawaguchi-san's work by Sarah Kane, I was struck by the fact that there were people who had similar sensibilities to me. Sarah Kane is well known in the UK, but I am not satisfied with its bias in interpretation. I would like to bring this project to the UK.
We are working on an editorial work to publish a book on the study of Sarah Kane this fall, but we have decided to include the efforts at Wakabacho Wharf in the final chapter. If it is published in the world, I think I can introduce that there is such an interesting art place in Yokohama, Kanagawa, Japan.

-February 7th and 8th, the difficult work "4.48 Psychosis" will be performed in a text reading, that is, a reading drama. Mr. Takimoto plays a work in which it is unknown how many performers are there. How does Mr. Takimoto feel?

(Takimoto)
You may think that this place called Wakabacho Wharf and the expression itself as a play are also scary because Sara Kane wrote it. I want to tell you that I'm not afraid. I wish I could be embodied by being protected by Nina's affection, Kawaguchi's passion, and the love of the local people. The play, the theater, Sarah Kane's book is surprisingly normal.
I think of myself as a sponge, and this time I got it from pointed books and pointed planners, their love and passion, their works and customers, and everyone. I might put what I've accumulated here in another place.

Naoko Takimoto. Actor. Belongs to the theater company Black Tent. Involved as the only performer in the "4.48 Psychosis" text reading, which will be performed on February 7th and 8th.

I want to convey the freedom of theater

(Kawaguchi)
If I wanted to set up with Wharf, I first wanted to do something pointy. It means that there are various plays. Rather than heading for a uniform world, theater is more liberal. While approaching from a variety of directions, including talks, workshops, and text reading about a playwright named Sara Kane, I would like to meet someone who will be involved in activities and projects at this theater together.
And I want to leave that you can see something weird when you come to Warf. I want to leave a point where you can see what you haven't done elsewhere.
It's difficult for a playwright named Sara Kane, who is not necessarily well known! I tend to think that. But it's not interesting because it's difficult to cover. Actually, it is a relatively junk, there are many access points, and the hurdles are not high. I think it's okay to dating like you read a manga.
The influence of the theater that I saw a difficult thing, the fact that humans perform on the spot, something more interesting than the Internet, something that I can not find if I come to the theater and usually alone, something that I can not accept I hope it will be a work where you can experience. 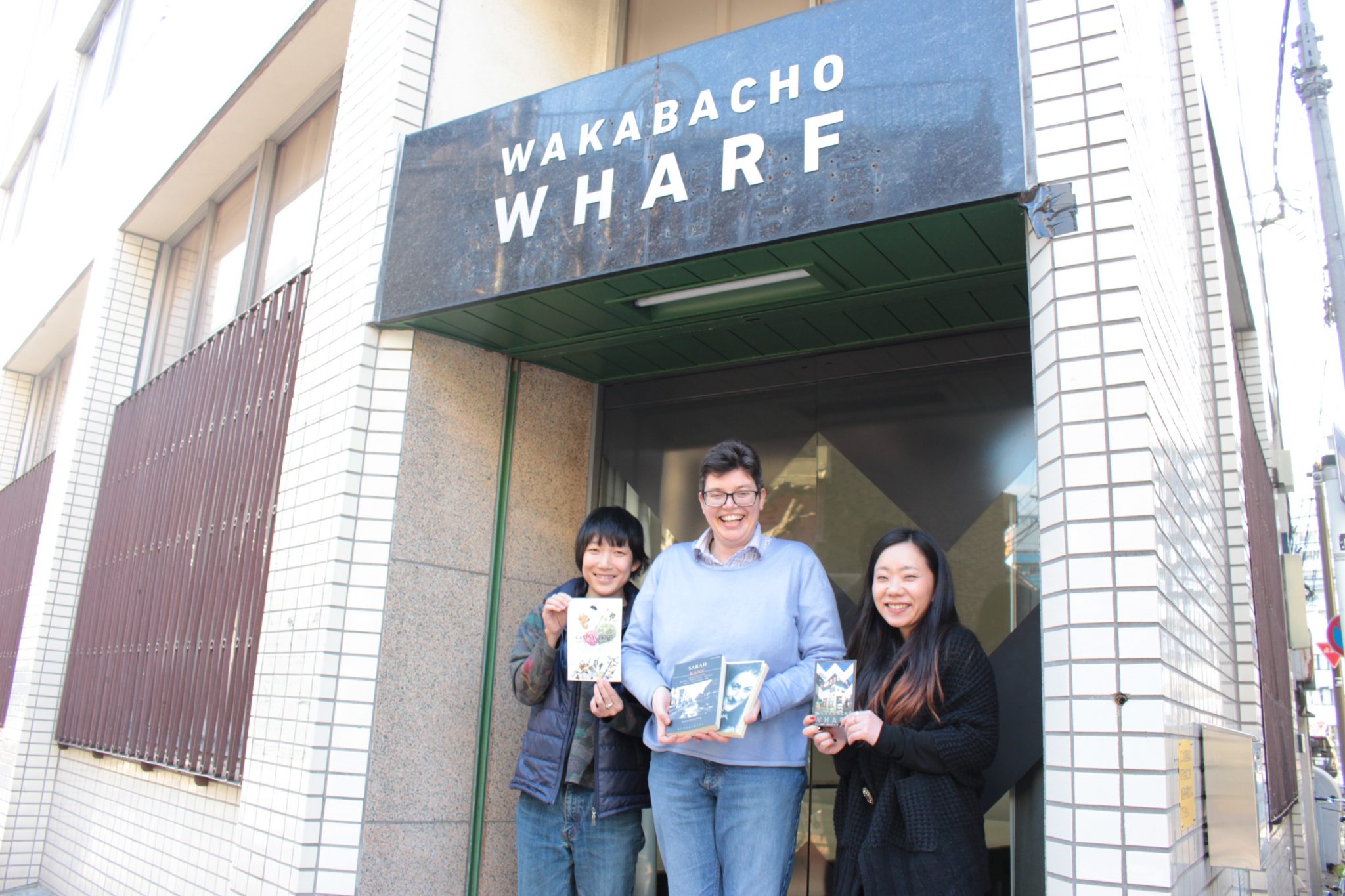 Wakaba Town Wharf building. A 50-year-old building that retains the atmosphere of the Showa era was renovated.