Connect the past, present, and future of the legendary town of Honmoku with art! "Honmoku Art Project 2017" will be held!

-Starting with the "Kou Miyauchi Kids Workshop" on October 11, various programs are still underway. Please give us an overview of the "Honmoku Art Project". 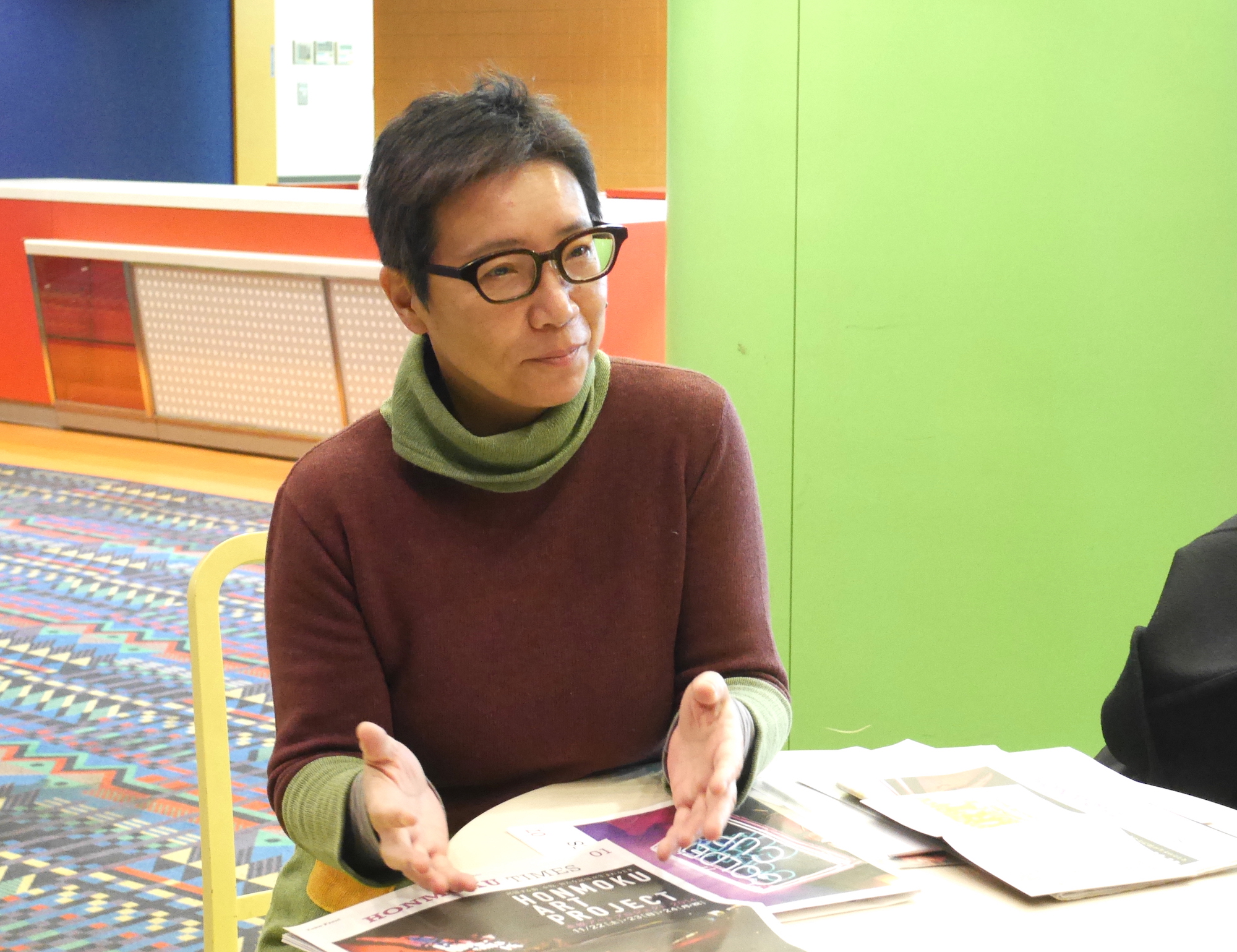 [Okazaki] First of all, the "Offsite Dance Project", which I represent, has the concept of promoting performing arts in various spaces other than theaters, and is based in Yokohama and is conducting activities centered on dance in Japan and overseas. It is an NPO corporation. The Honmoku Art Project was the first regional revitalization project. We have teamed up with Mr. Kasahara, who is working hard to create a city in Yokohama, and started in 2013 in collaboration with artists inside and outside Honmoku, shops in Honmoku, and people with a regional network.

-I heard that Mr. Kasahara is from the area around Honmoku. How do you feel about the changing city?

[Kasahara] I was born and raised in Negishi, which is adjacent to Honmoku. My parents' house is next to the US military settlement, and I naturally played with Americans of the same age from a young age, and I often participated in events such as Halloween. However, my frank impression is that such an environment has disappeared before I knew it as the times changed.

Even though it goes by, it usually retains the remnants of the old days somewhere in the city. However, in the case of Honmoku, although it may be extreme, I have the impression that it is stubborn.

dent: 1em; margin-bottom: 30px "> As you may know, Honmoku used to have a US military base, was colored by the United States, absorbed it, and became the birthplace of jazz and dance. With the withdrawal of the base, the culture at that time rapidly faded. The soil that was exposed to American culture disappeared, and the appearance of the city at that time changed due to redevelopment. Over time, in addition to the collapse of the bubble, Yokohama Due to the cancellation of the municipal railway plan, the cinecon "Mycal Shochiku Cinemas Honmoku (later MOVIX Honmoku)", which started in 1996 at Mycal Honmoku, which was a symbol of redevelopment, also withdrew in 2011. After that, until our project, we only left the space of the building.

The city of Honmoku is very unique. First of all, the image of old and new residents in the city is different. And, as the previous withdrawal of the cinema complex shows, there is no cultural facility that should be a base in recent years. Furthermore, there is no nearest station and the flow of people from other areas is not active, and these multiple factors are intertwined, and the current situation is. However, as a person who knows Honmoku, which is full of energy, including myself, there are some parts that cannot be discussed in the issues of community development that are said nationwide. 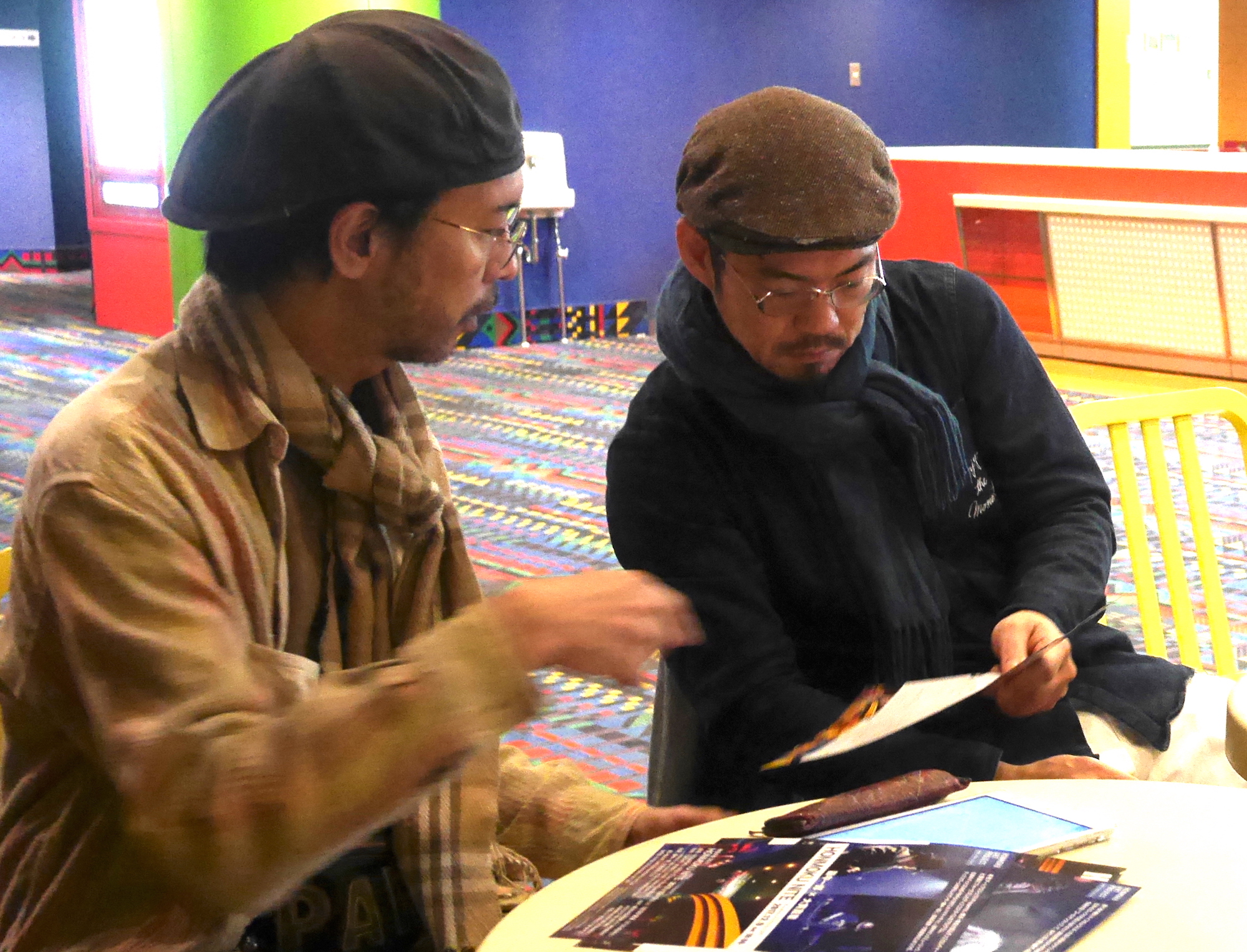 From such a thought, I strongly felt that we who know the time should pass it on to the next generation. And I think that the culture of Honmoku used to be worth telling. Young people may be surprised, but at the peak of the weekend, a large number of people gathered not only from Yokohama but also from Tokyo to spend the night with music and dance. It was a busy city.

-You can feel the enthusiasm of Honmoku at that time in one of the programs, "Honmoku Night 2017".

[Kasahara] That's right. Honmoku's proud culture is "music" and "dance". Absorbing American culture independently, "The Golden Cups" and "Eikichi Yazawa" appeared, and the dance step "Hamachacha" was also established. Honmoku is also a live house "Golden Cup" and a disco "LINDY" that have been widely passed down as legends to people who lived in the 70's. We have held "Honmoku Night" so that young people can experience the atmosphere of that time. This time, the live performance of "PANTA" (December 1st), known as the vocal and guitar of the brain police who built a legend in the early days of Japanese rock in the 1970s, and the dancer "Ichiro Fujinaka" who led the disco scene at that time. We are planning a disco time (December 9th) by the famous DJ "Kensho Onuki", which is also sponsored by music critic and LONDON NITE. 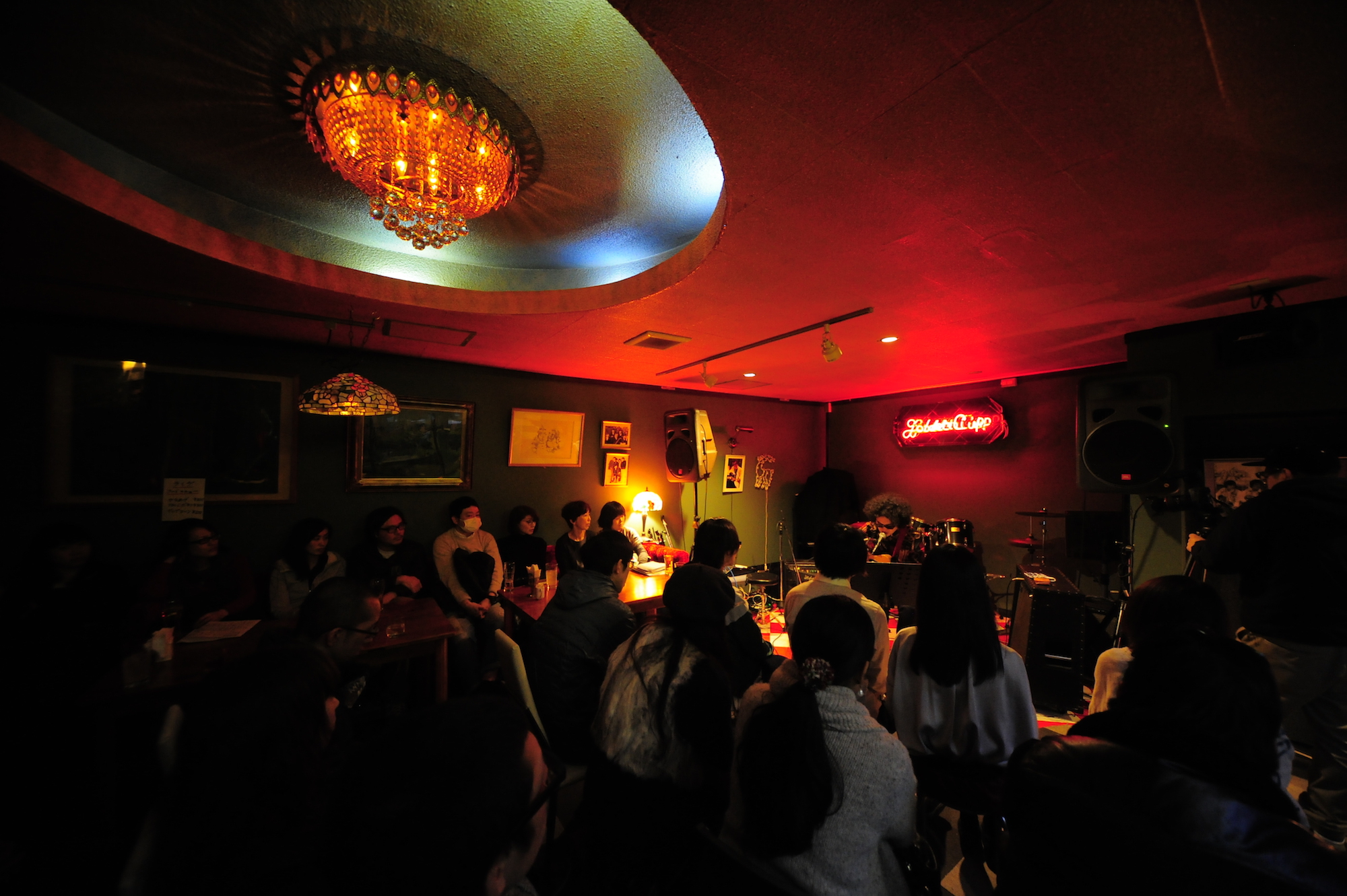 Actually, at the planning stage, I was trying to create a modern taste so that people who do not know their existence could enjoy it. But after a while, it stopped. We had them see the raw expressions of the artists who were active in the line of the 70's when Honmoku was full of energy.It would be better. I felt that it would be possible to convey the truth as it is, and that it would be accepted as a new impression by young people, so I made it extremely simple and straightforward to enjoy live performances and discos. 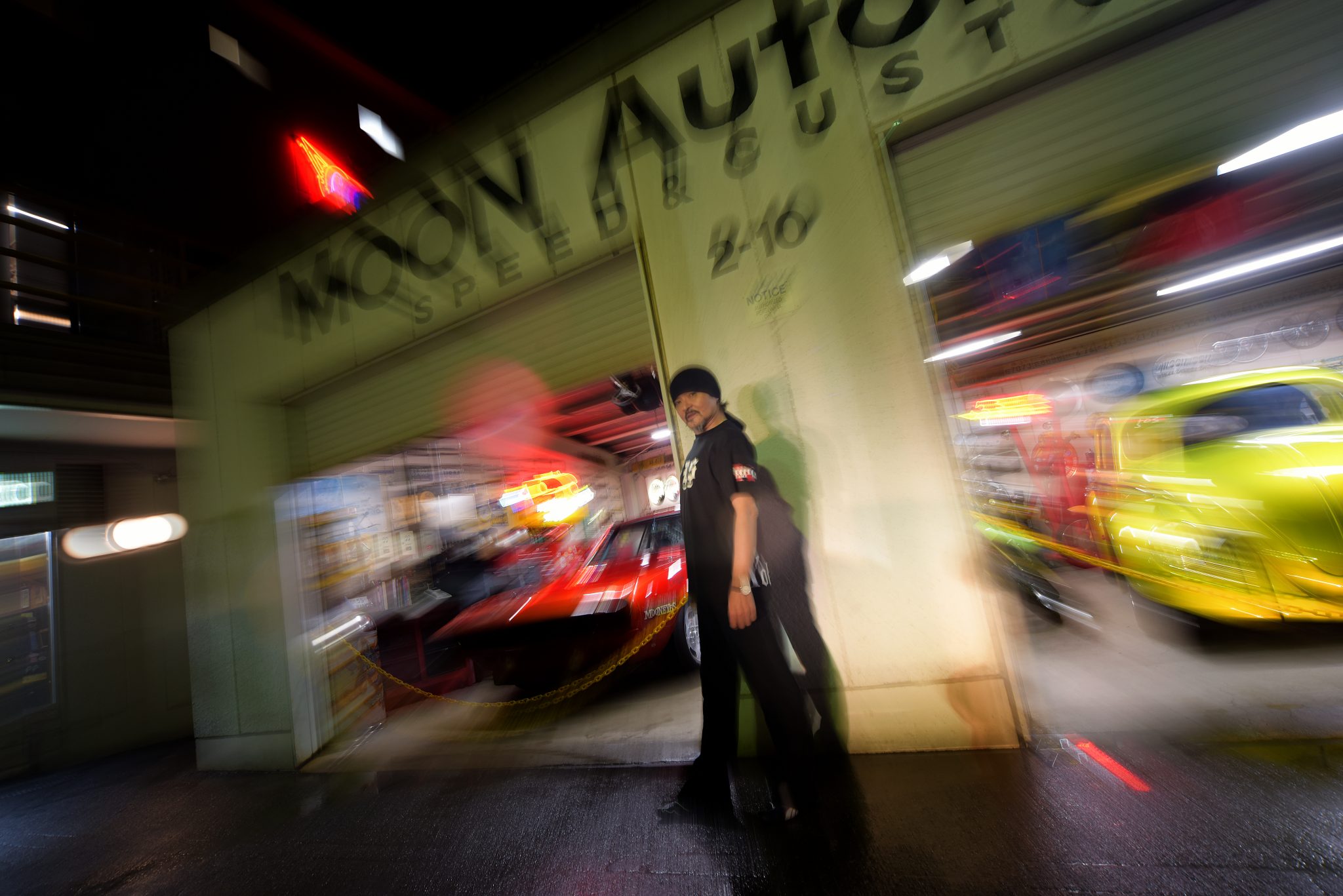 -The last 2 days, December 9th (Sat) and December 10th (Sun), are full of programs from "disco events for children" to "movie screenings". Please tell me the characteristics of each. 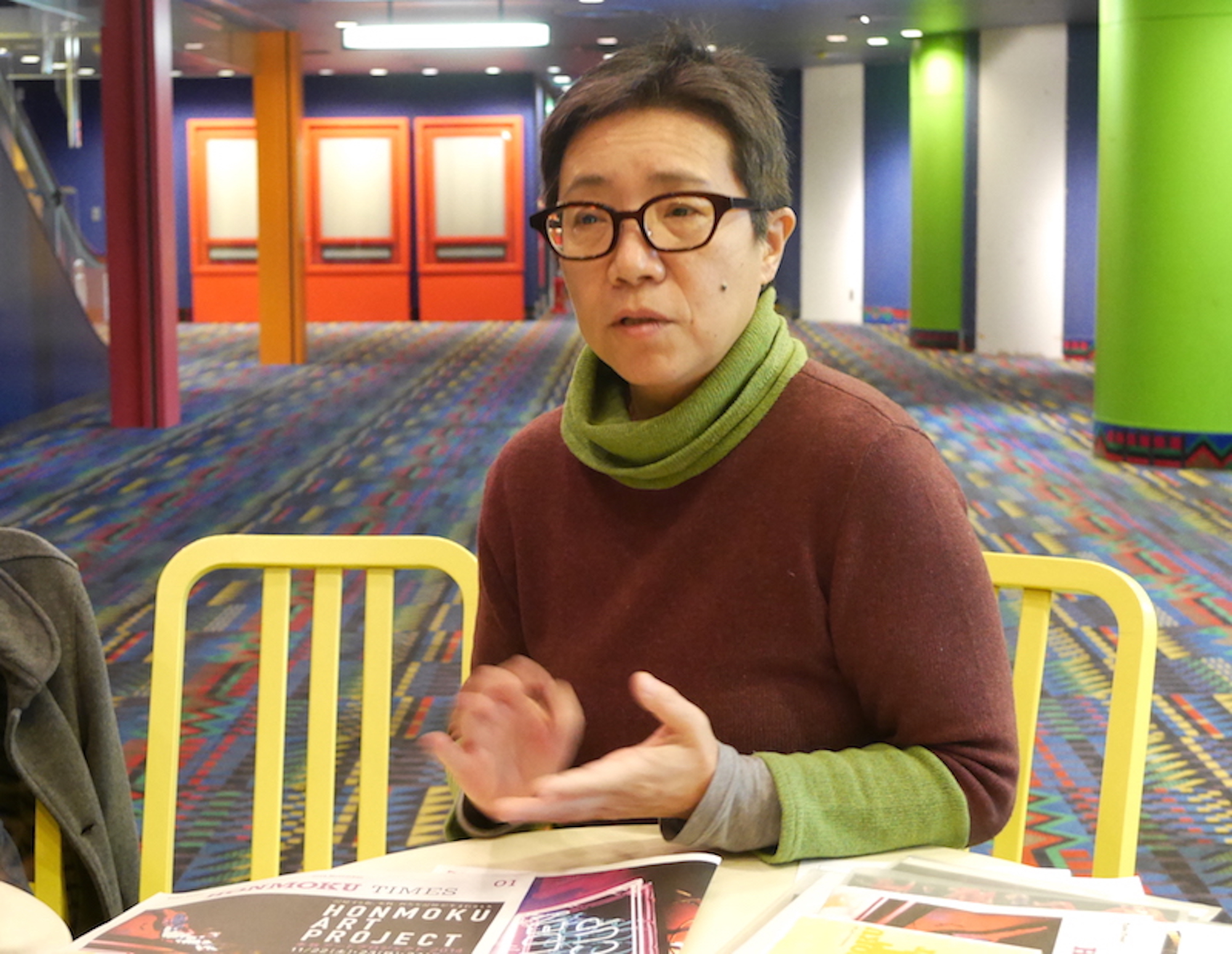 [Okazaki] The program will be held at once at our base, "HONMOKU AREA-2". It is the site of the former Mycal Honmoku movie theater and has eight large and small spaces. The screen and audience seats have been removed, but depending on how it is used, it can be transformed into a unique space. Among them are "Satomi Uchiki Children's Disco Season 3", "Jack & Betty Movie Screening", "Natsuki Ishigami Talk & Archive", and "Honmoku AIR: Takuto Mase Presents Talk & Live" Let's Look Up at the Sky 2017 ""is. 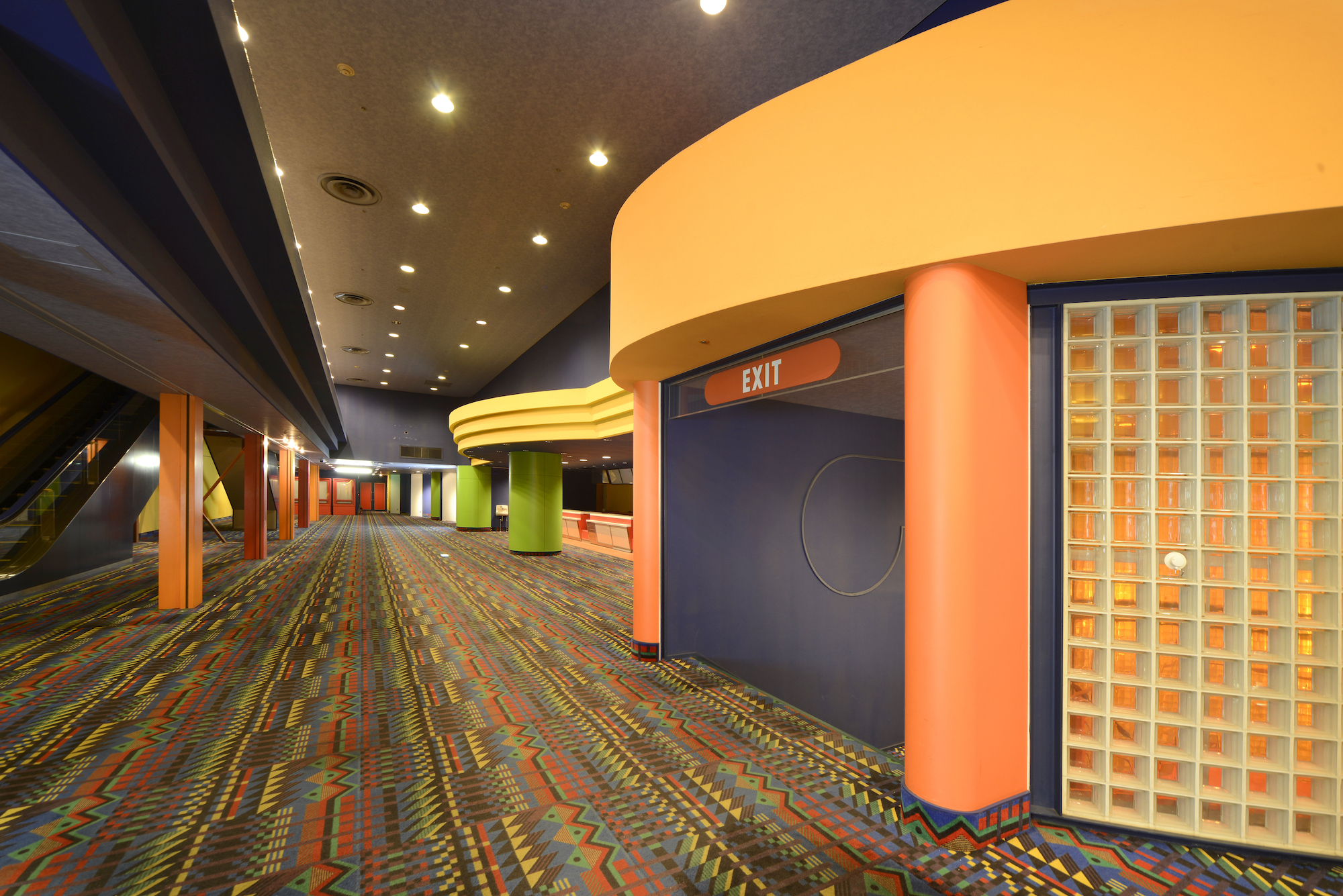 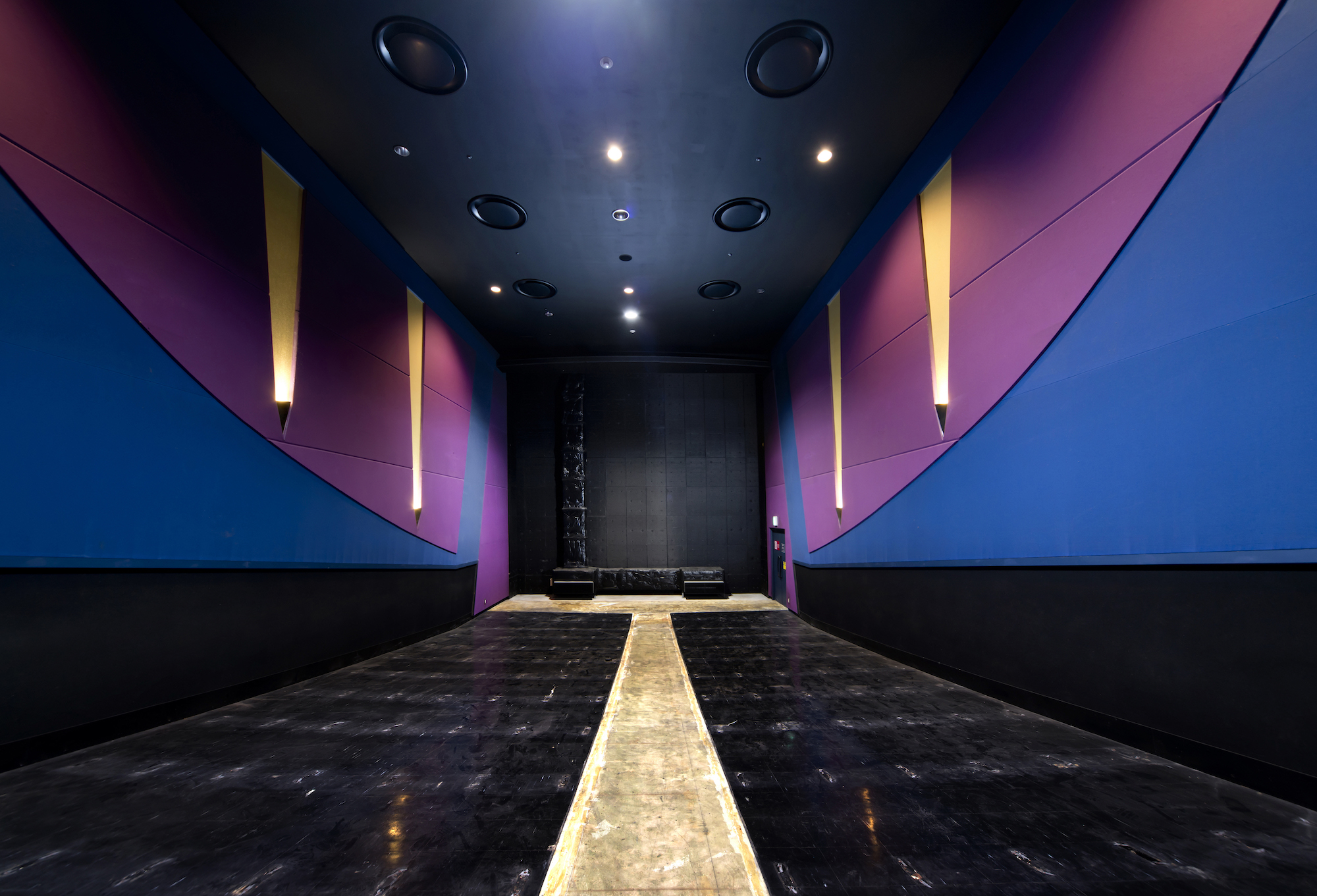 Children's nightclub is a party-style dance presentation that started in 2015 in partnership with contemporary dancer Satomi Uchiki. Children who have practiced from the open recruitment of kids dancers will perform a dance. It is also a fun participatory program that both children and adults other than publicly recruited kids dancers can participate in. 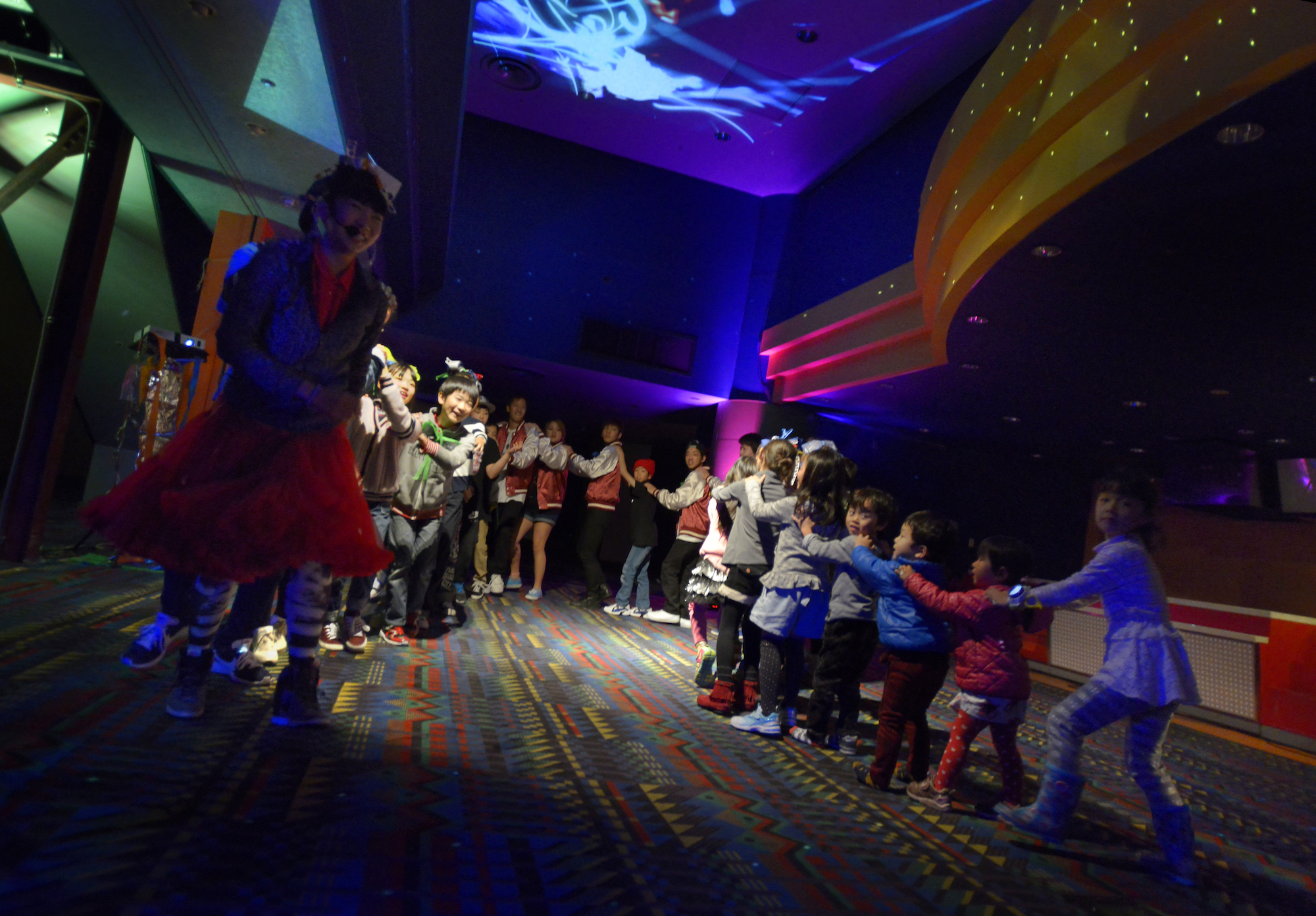 The Jack & Betty movie screening is a movie screening related to Honmoku, isn't it? So that Honmoku people can come into contact with Honmoku culture. In partnership with the mini theater "Cinema Jack & Betty" in Yokohama, "The Golden Cups One More Time" and "Like! Good! Good! ] Etc. will be screened.

Natsuki Ishigami Talk & Archive is a playwright who has participated since the first time, Natsuki Ishigami's audience participation type theater work "Give Me Chocolate! 』About the debriefing session. The work was premiered at the Honmoku Art Project in 2015 and then re-performed in January 2017. After that, the work was recreated in Melbourne and Manila. We would like to ask you to introduce how the work changed, starting from Honmoku, crossing national borders, and having different nationalities, races, and communities. In addition, we will ask you to talk about the city of Honmoku that you have seen through your experience abroad. 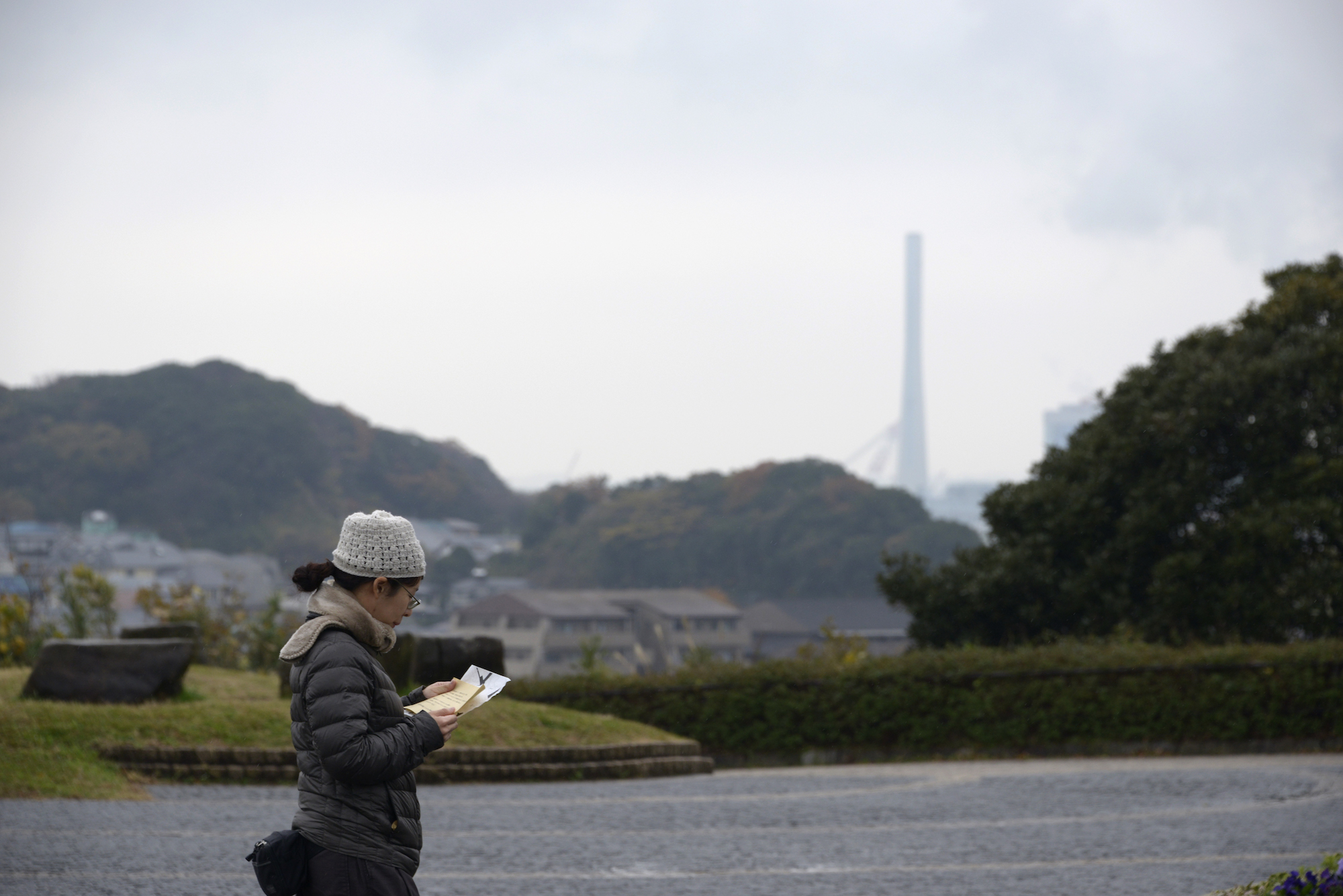 And Takuto Mase, who is doing a one-month stay production as a residence program "Honmoku AIR" --- this is the person himself, so let's explain it directly (laughs). 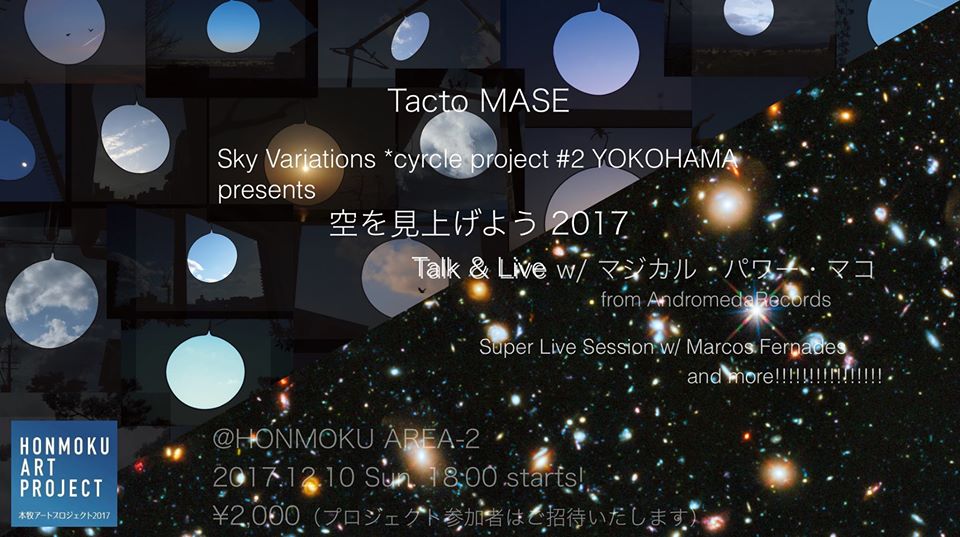 -I heard that you are an artist who is engaged in art activities in the city. What kind of program is this time?

[Mase] "Sky VariatiThis is the second participatory art project called "ons * cyrcle project" following the activities in Kyoto. I am using an object that is a round shape of a wire hanger that is common in everyday life. Ask the participants to use the object as a "frame" and cut out the "sky". In other words, many people put their favorite sky in the frame and take a picture. The place is anywhere in the Honmoku area. Also, I may accompany you to the shooting, or you are free to shoot alone. 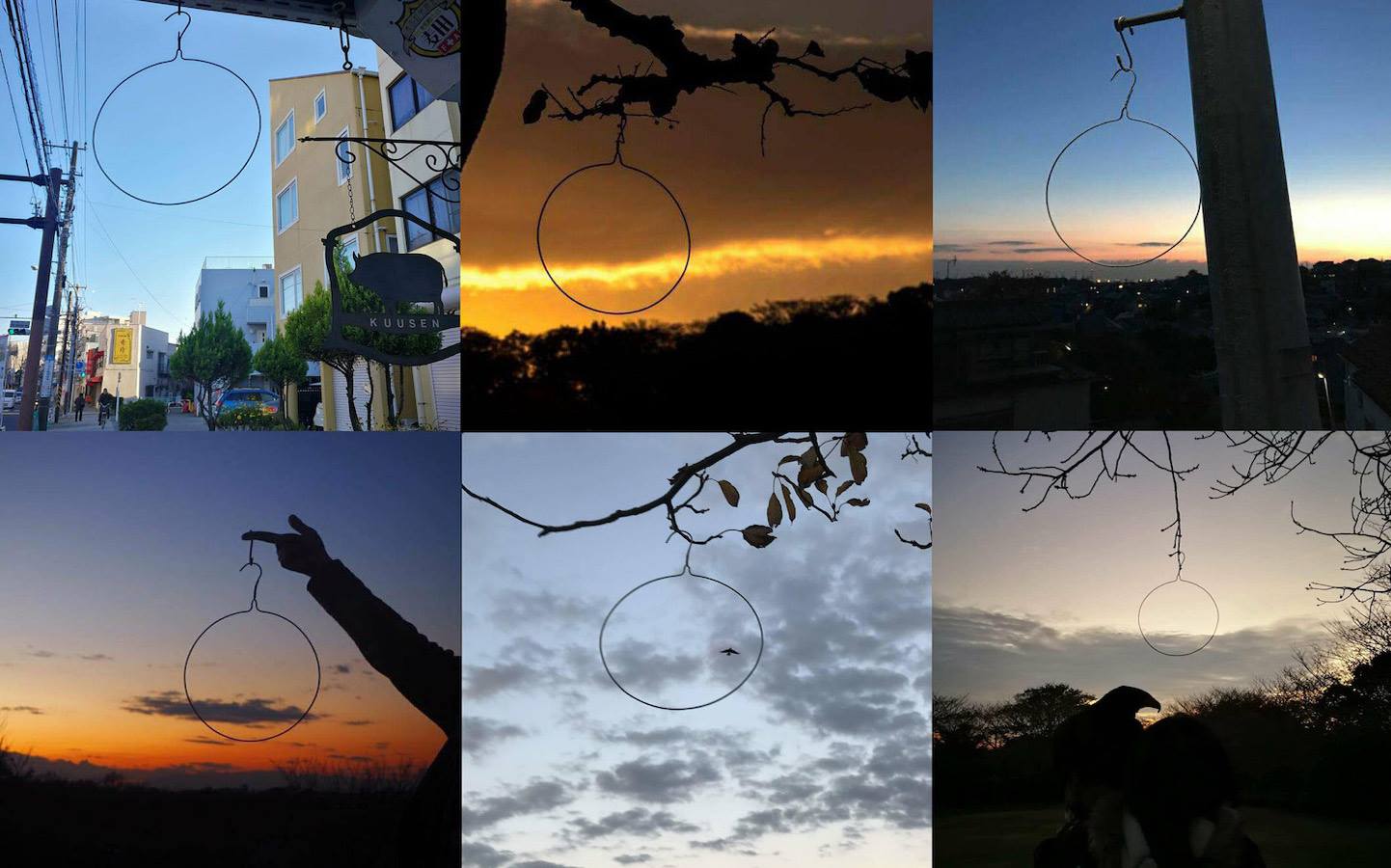 Then, while having each of the seen skies uploaded to a special site,
We are collecting "Honmoku Sky". The collected photos are filtered for each "outside the frame" landscape and the "inside the frame" is collaged in the lightbox. And ..., in the exhibition space, "each person's sky" glitters like a galaxy. Also, the landscape outside the filtered frame is not completely blacked out, and if you look closely, you can see the delicate image. In other words, each sky and each landscape are connected by "Honmoku". The main theme of this project is "drawing the sky together", but it is also an important factor for people to share photos one after another. Even now, many people upload photos every day.

In addition, on December 10th, the final day, we will talk about the activities we have done in Honmoku and hold a joint live. We invited a musician named "Magical Power Mako" who has been active since the early 1970s and has won the Italian International Television Award. I think it will be a perfect space to conclude my work on the Honmoku Art Project.

[Okazaki] We have been working on various projects at key points, receiving valuable opinions. Now, I feel that "small but sustainable things" is the essence of art projects.

In this Maze-san's "Sky Variations * cybercle project", Ishigami-san's "Give Me Chocolate! However, the start was from a very small number of people who agreed with the purpose. From there, word of mouth gradually increased the number of participants and spread throughout the city. It's a program derived from a very minimal place. On the other hand, a big event seems to have a big effect at that time, but it is difficult to sustain the effect in the long run. So we also turned around just the third time and came to the current program. It may take some time for the effect to appear as a regional revitalization, but we have prepared a program that will leave a lasting impression on each person. We hope that many people will enjoy it.

[Kasahara] It does not mean that Honmoku used to be the same as it is today, but I think that we can contribute to new town development by disseminating the state and atmosphere of that time. There are issues such as inconvenient access when looking at the city, but before that, I think it is important for everyone to take pride in the city of Honmoku. Honmoku, where I spent my youth, not to mention music and dance, was really a "cool adult city". I want to continue to convey that coolness.

[Okazaki] Really, that's right. for example,Hamachacha dancer Ichiro Fujinaka, who I talked about first, is very nice just by looking (laughs). Honmoku was also the place where many people were active.

[Mase] I was invited as a residence program artist, but I plan to expand my "Sky Variations * cyrcle project" further in the future. From Honmoku to Kannai and then to the whole area of Yokohama so that there is no break in the sky.

Also, although it is based in Kyoto, the towns are connected like the sky. Therefore, if there are any issues, I think it would be possible to share information between Honmoku and Kyoto and devise improvement measures. As Mr. Okazaki mentioned earlier, it may be a small thing if you look at it alone, but eventually it will lead to a big regional revitalization. I hope that this project will lead to greater activities.