"Theater without Walls" is based on the concept of "Those who are involved in the performing arts, regardless of culture, ethnicity, nationality, or affiliation, build mutual understanding as a collective activity body, and aim to engage with society through theater as a medium." There is an organization called Center. Director Tsuyoshi Sugiyama, Hiroyuki Muneshige of Theater Company Black Tent, stage designer Chika Kato, actor Choi Hye Mi, and others are participating. As an international co-production project between the Center for Theater Without Walls and the National Vietnam Youth Theater, Sugiyama directed and co-produced Uncle Vanya over a three-year plan, and it will be performed at the Theater Fonte of the Izumi Ward Citizens Cultural Center in Yokohama City.
Izumi Ward is an area where the Vietnamese Refugee Center used to be, and it is interesting that there are many second and third generation Vietnamese living in Japan. 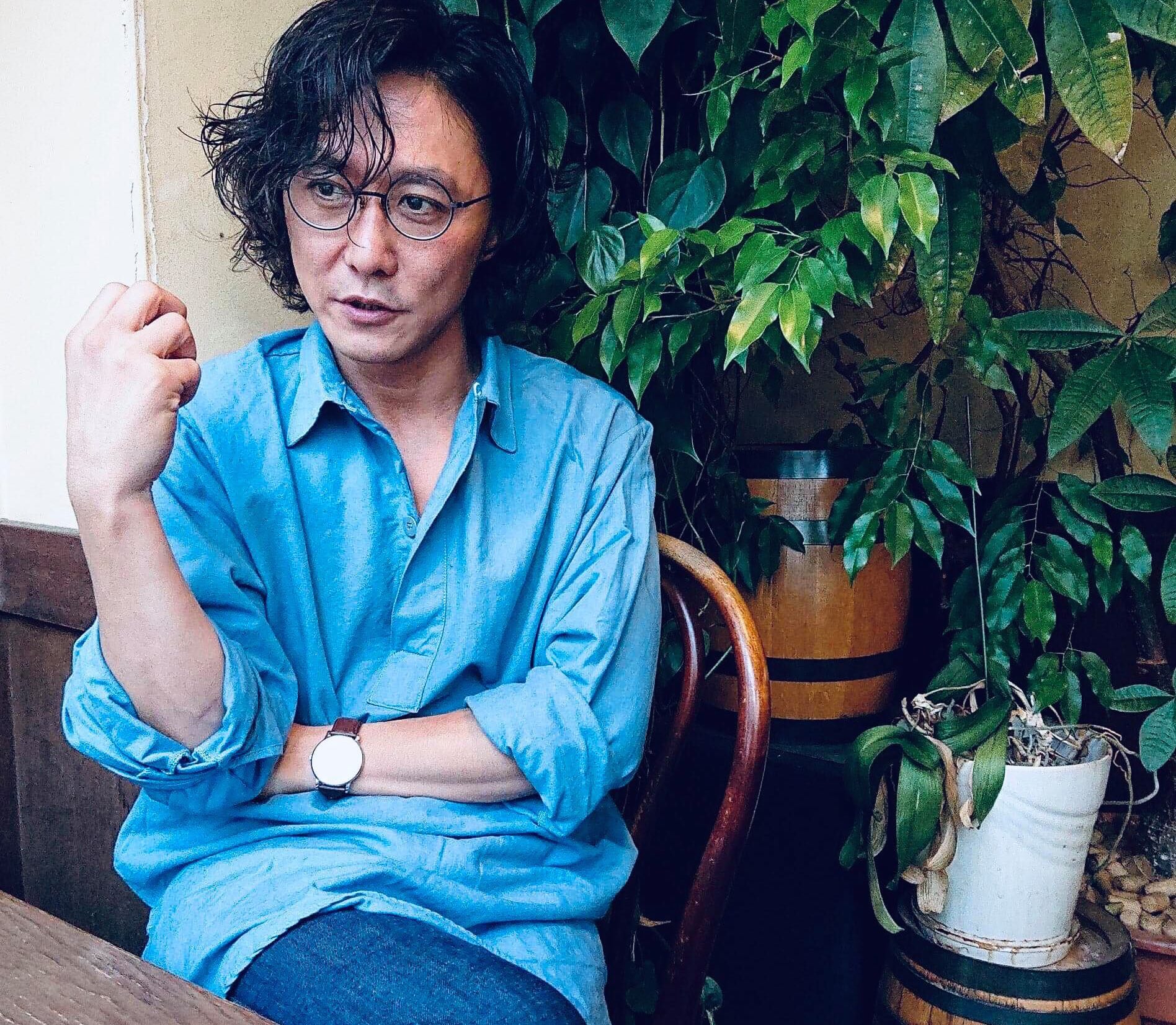 Sugiyama aspired to be an actor and studied under a professor at the Paris Conservatoire in France, who was also Peter Brook's assistant director. From 2008 to 2010, he was a trainee director at the Russian State Theater of Mossoviet, where he studied directing under Yuri Eryomin, an assistant artistic director and director.
On the other hand, in Japan, he launched the theater company A La Plus. After that, he met Muneshige and others, and taking the opportunity of performing in Serbia, he formed a general incorporated association "Theater Center Without Walls" with a view to participating in overseas festivals and international joint productions. So far, he has conducted theater workshops mainly in Thailand, the Philippines, and Vietnam.

“In 2014, the Japan Foundation hosted a project to invite Vietnamese performing arts professionals to Japan for about three months. There was talk of wanting the actors of the Vietnam Youth Theater to be accepted.It was only planned for one day, but in the end it was held for about a week because it was fun.” 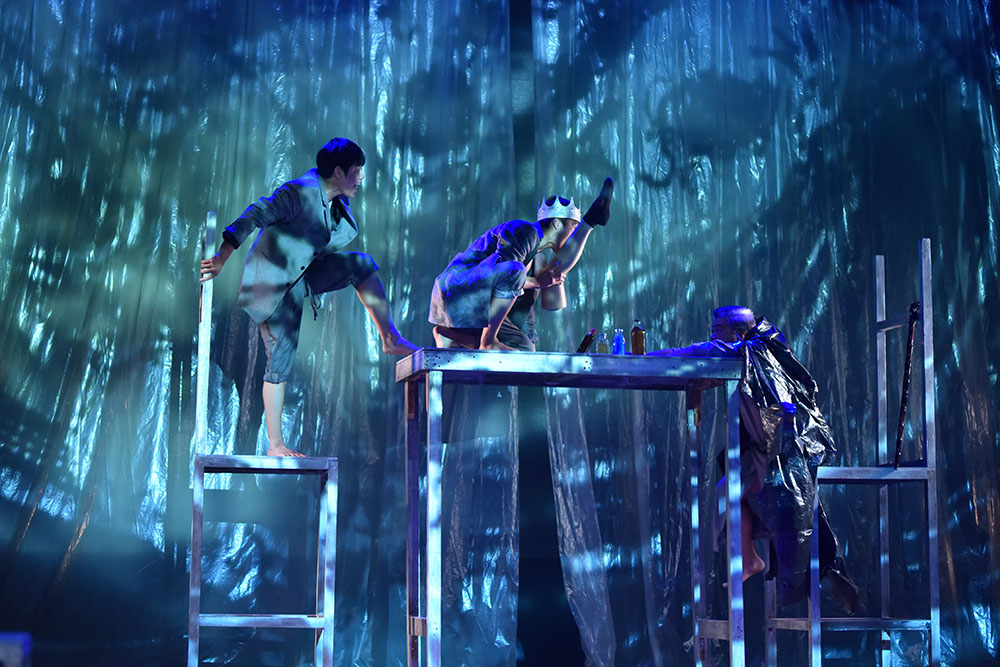 Because of this connection, in 2016 Sugiyama directed Chekhov's The Seagull, which was invited to the Vietnam International Theater Festival in Hanoi (later invited to international theater festivals in Serbia, Bosnia and Herzegovina, and Croatia). There, he reunited with the members of the National Youth Theater of Vietnam and held a workshop. At the theater festival, he won the best work award and the best director award. Such accumulation led to this "Uncle Vanya".

“They liked 'The Seagull,' so we decided to create a work over a three-year plan starting in 2017. In the first year, we shared our creative methods while doing research and workshops. My goal was to stay for about two and a half months, create a work, tour in Vietnam as well as in Hanoi, and then perform it in Japan for the third year, which led to this year.” 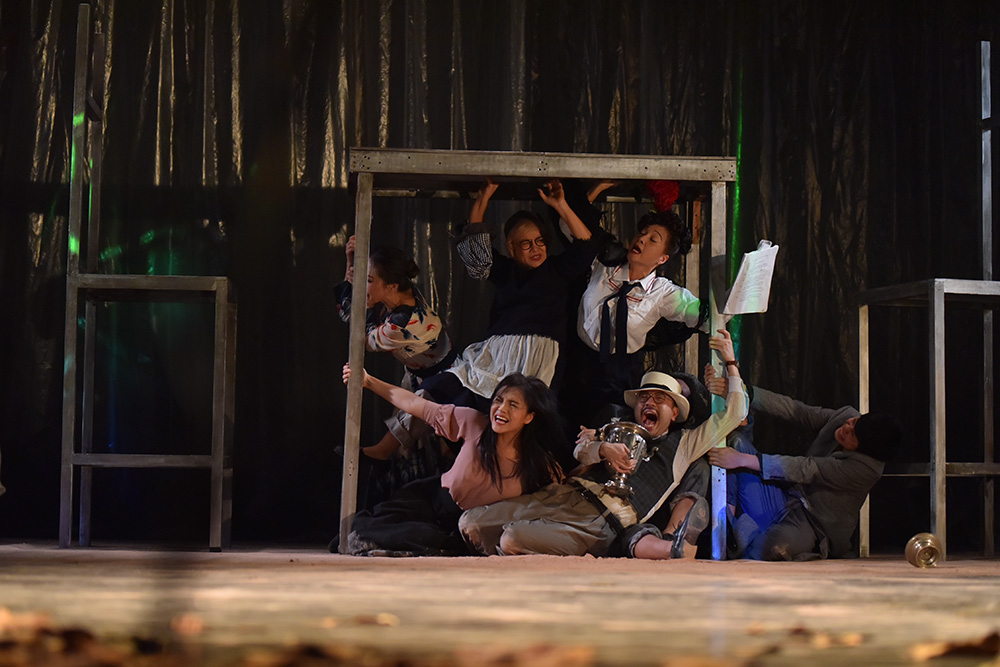 Sugiyama's acting and directing have their roots in the Russian Stanislavski system. In fact, the education of actors in Vietnam is also strongly influenced by Russia. Therefore, there was a common language and common understanding, and it was very easy to work.

“Vietnam has also performed works by Shakespeare and modern and contemporary playwrights. And despite the strong Russian influence in theater, it seems that Chekhov had not been performed in the past. One of their goals was to revive Chekhov's work in the modern age and to attract the interest of young audiences. I liked it, so I decided, “Let's do it together.”In that sense, this project had an important meaning in contemporary theater in Vietnam. I feel something like a vitality that tries to overcome while maintaining brightness.But there is still sadness at the bottom.I feel that this is connected to Chekhov's works." 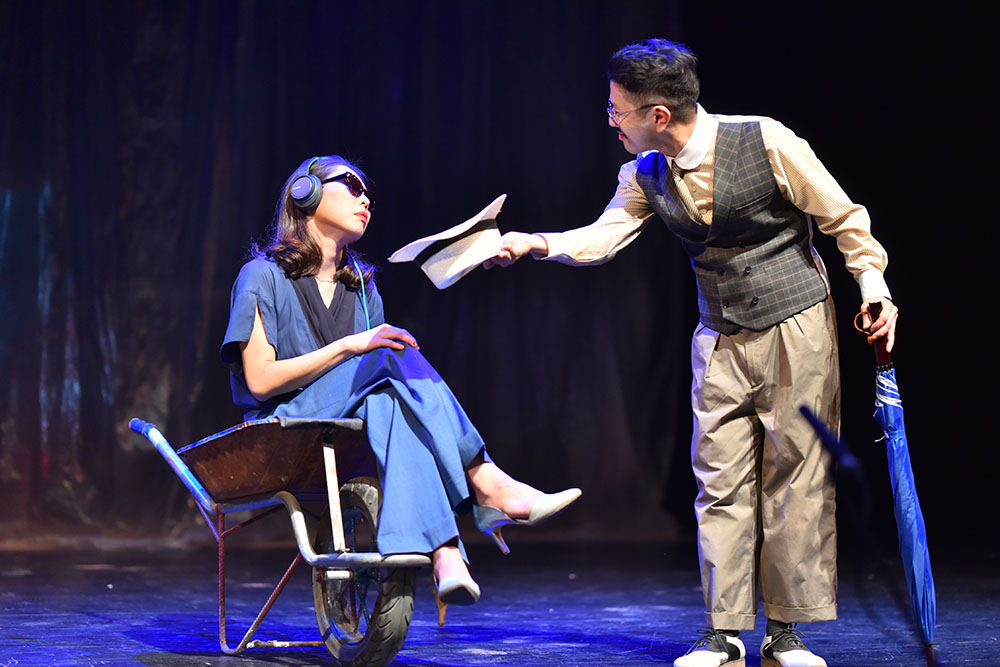 Here is the synopsis of Uncle Vanya.

For a long time, Vanya, her mother Voynitskaya, and her niece Sonya lived a peaceful life in the country house where they lived with their nanny Marina and freelancer Telegin. Suddenly, Sonya's retired professor Serebryakov and his second wife, Elena, arrive. Serebryakov's personal doctor, Astrov, is also involved, and the life of the mansion changes completely. The uncontrollable emotions of love overlap, and each other's lives begin to heat up and intersect. Meanwhile, Serebryakov made an important announcement that shook everyone. 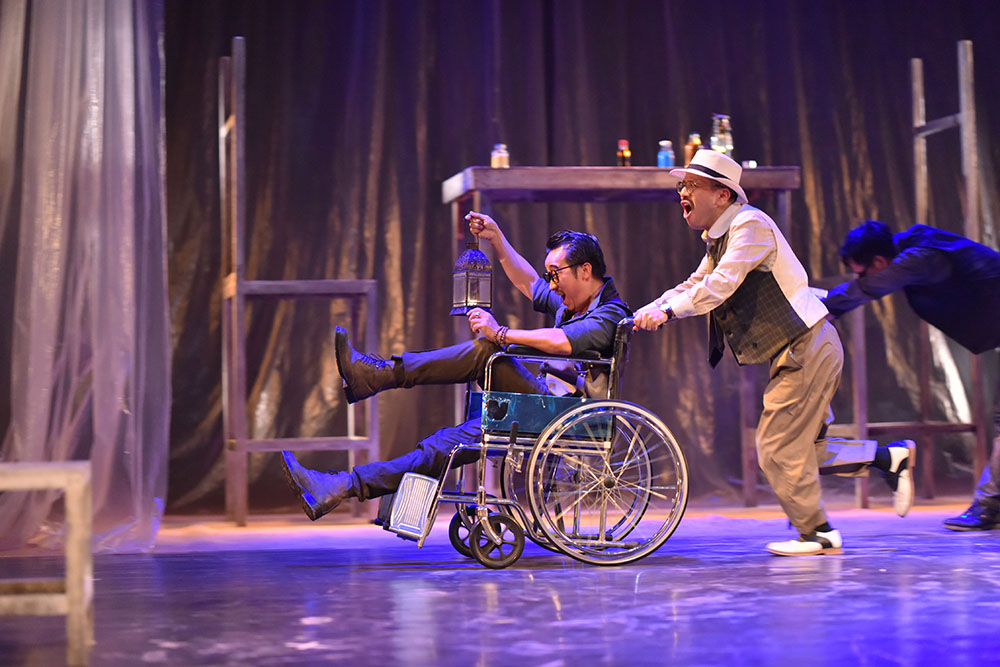 “When you think of Stanislavski, you may have a strong impression of photorealistic realism. Uncle Vanya is a story about people with two different worldviews, seeking true beauty and vanity beauty. I wanted to express in every possible way that it is impossible for us to understand each other, to coexist, or to live in harmony. In other words, people who value connections, such as loving others, living together, etc. On the other hand, those who seek beauty in vanity come from the city, are self-centered, and their status, fame, and technological development and forgetting that one's life consists of coexistence with others.Based on the desire to leave it to the imagination of the customer as much as possible to find out what kind of metaphor can be used to depict the difference between the two. In the meantime, I explored it with the actors.” 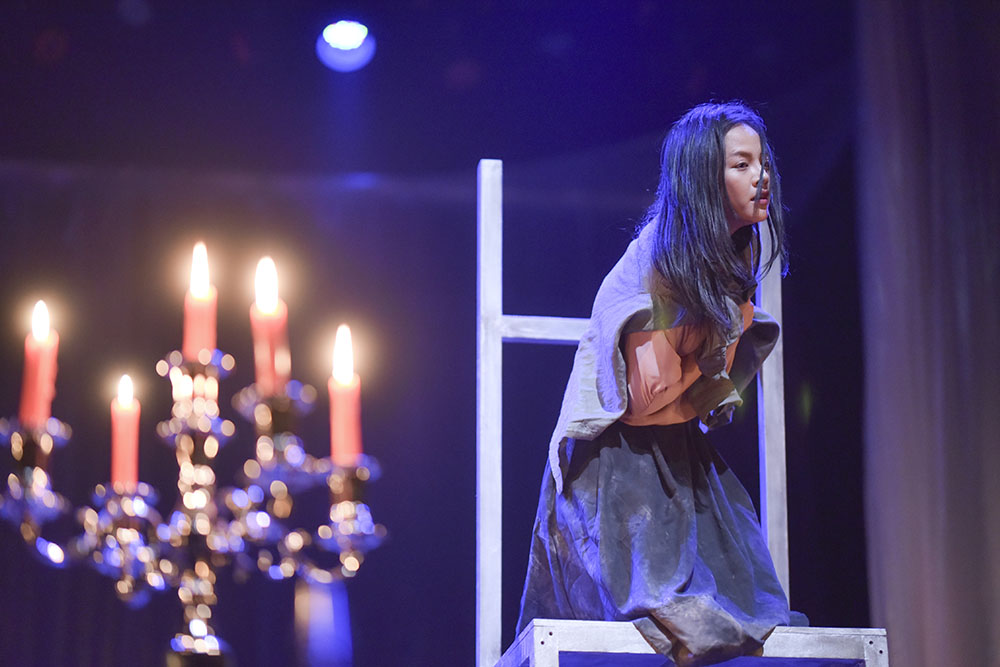 When people talk about Chekhov's works, they tend to conjure up images of gloomy, gloomy, and boring Vietnam. This is difficult for theater fans to accept, but Sugiyama's direction is passionate, dynamic, and speedy. Uncle Vanya has been performed as an official repertoire of the National Vietnam Youth Theater since 2018. Then, in October, he won the Best Film Award and the Leading & Supporting Actor Award at the Vietnam International Theater Festival, which participated in 21 works from 8 countries: Hungary, Israel, India, South Korea, China, Singapore, Greece, and Vietnam. I also received news. 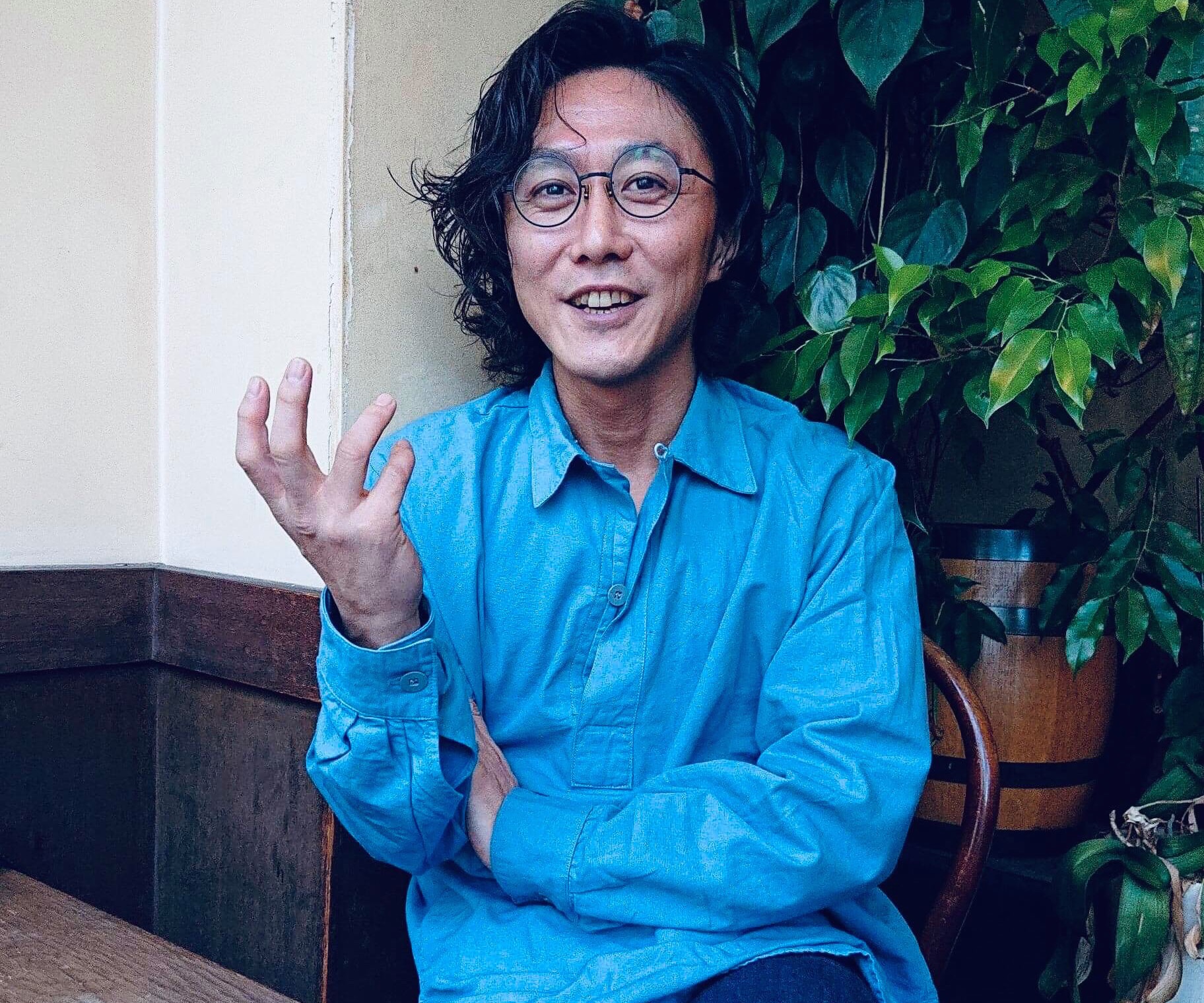