Complete Maekawa architecture in Kanagawa Prefecture on a tour of the Prefectural Youth Center!

In the Momijigaoka area of Yokohama, there is a concentration of buildings designed by Kunio Maekawa, the standard-bearer of post-war modernist architecture in Japan. The prefectural library and the prefectural music hall have already been shown on tours, so only the youth center remains.
This time, in addition to the "Architectural Tour" by the volunteer group "bridge", I heard that there will be a "Stage Backyard Tour" by the hall staff and a lecture by Mr. Hashimoto, Director of Maekawa Architectural Design Office. saw. 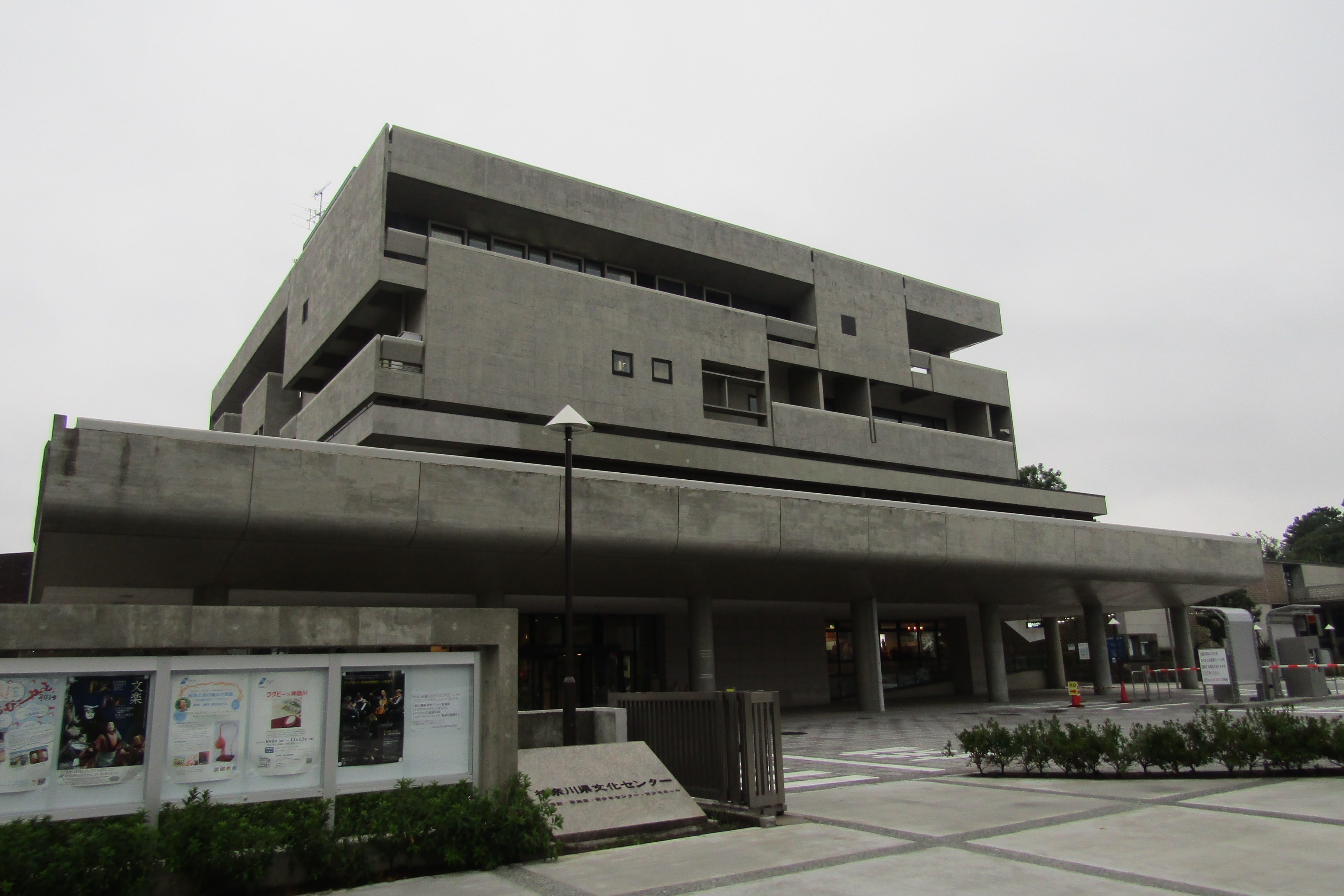 The prefectural youth center was completed in 1962. Originally, it was a five-story complex with a theater hall, a planetarium, and a science exhibition hall. After that, large-scale renovation work was carried out for the purpose of functional improvement and earthquake resistance. It was reborn in its current form in 2005.
This major renovation won the 19th BELCA Best Renovation Award as an excellent example of extending the life of public facilities. In 2018, it was additionally certified as a modern movement architecture in Japan selected by DOCOMOMO JAPAN, following the prefectural library and the music hall. 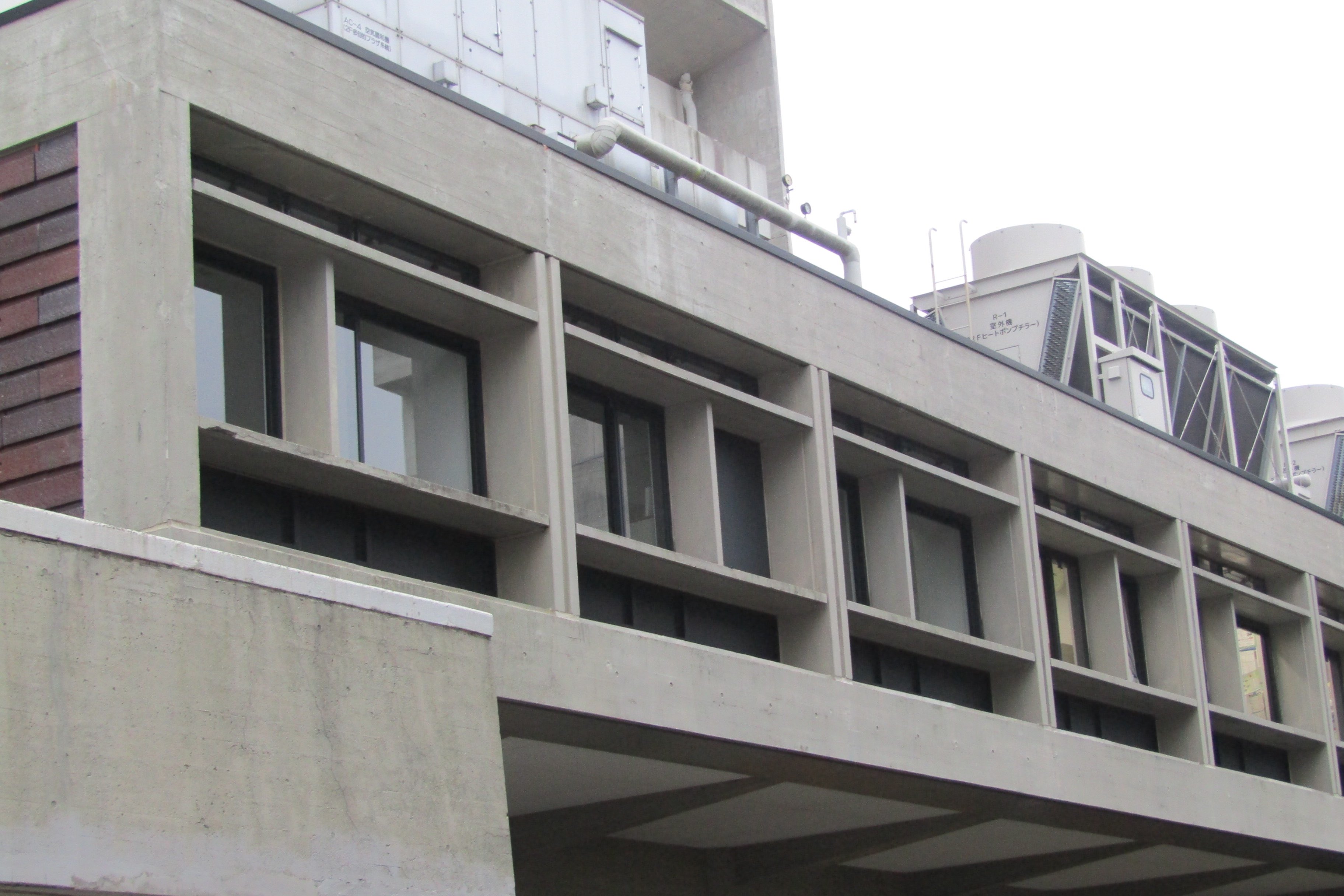 The library and music hall are representative works of the first phase of Maekawa architecture. The Youth Center, on the other hand, was designed during the transition period from the second to the third phase, so it is interesting that it has the characteristics of both.
One of the features is "precast concrete" used for window frames. Concrete plates were made in advance at the factory and assembled on site. 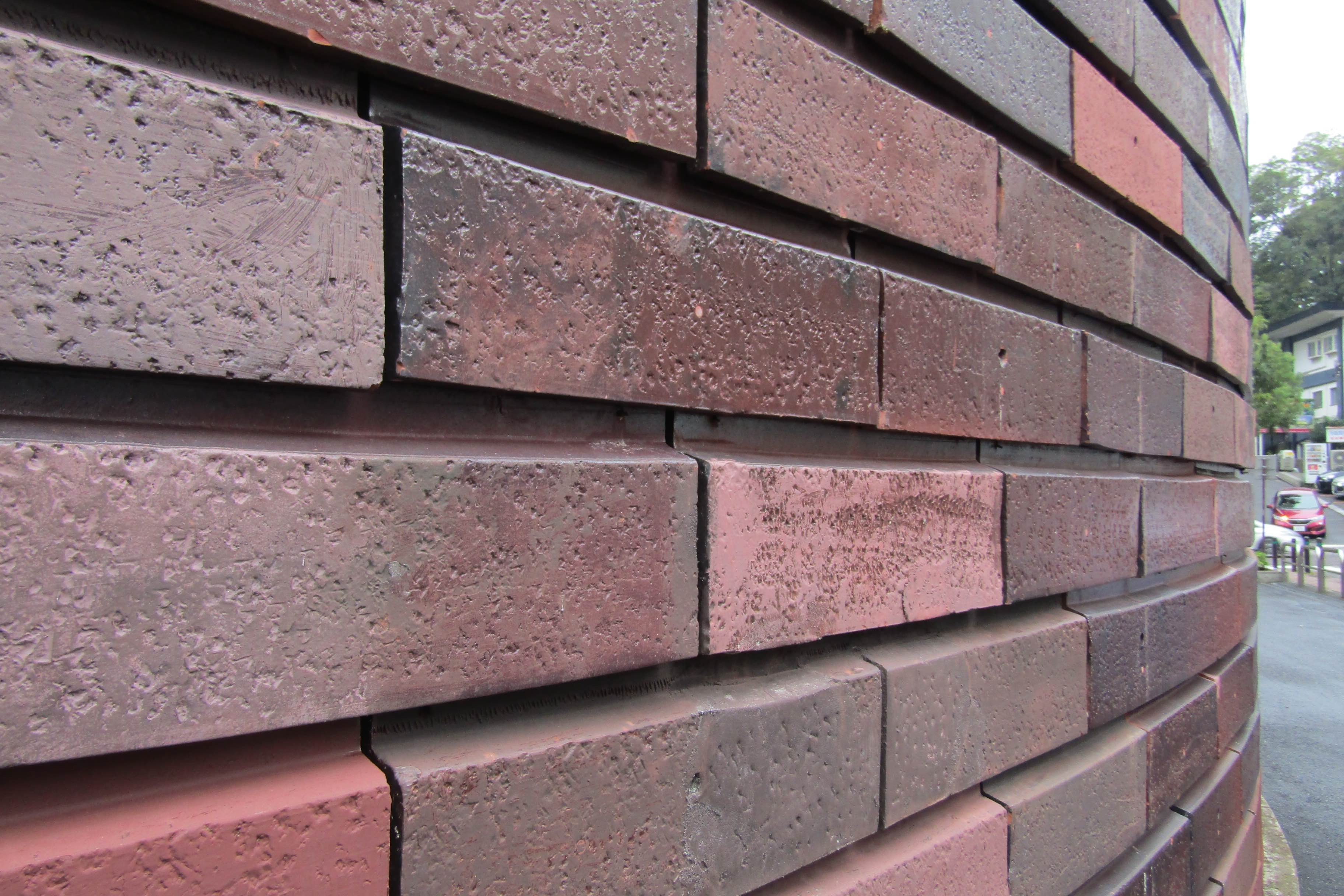 Another feature is the "Uchikomi Tile". Since the surface of the exposed concrete outer wall is deteriorating, the aim was to improve durability and design by covering it with large tiles. You can see it up close at the entrance of the hall, on the back side after going around from the front entrance.
By the way, each tile weighs about 10kg (!). I greatly agree with the anecdote that it was unpopular with the construction craftsmen. 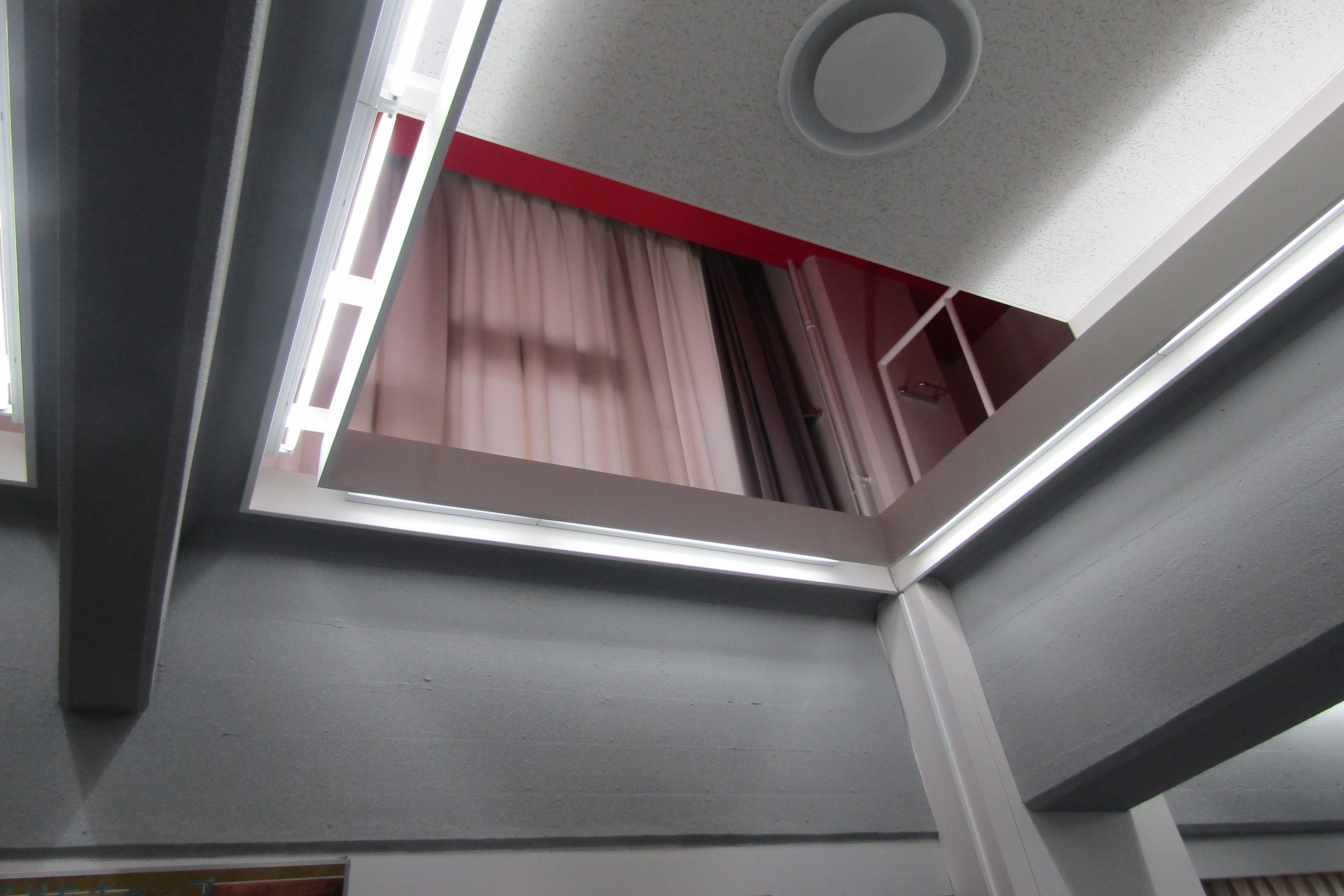 In the large-scale renovation in 2005, one of the major challenges was to preserve and inherit the exterior as much as possible while improving the earthquake resistance performance. For this reason, the planetarium, astronomical observatory, floor slab on the 4th floor, etc. were removed to reduce the weight of the building, and earthquake-resistant walls were installed. It has been transformed into a sturdy three-story building.
Currently, when you look up on the 3rd floor, you notice that there is a mysterious space in the part corresponding to the ceiling. It seems that this is a trace of removing the 4th floor floor slab. 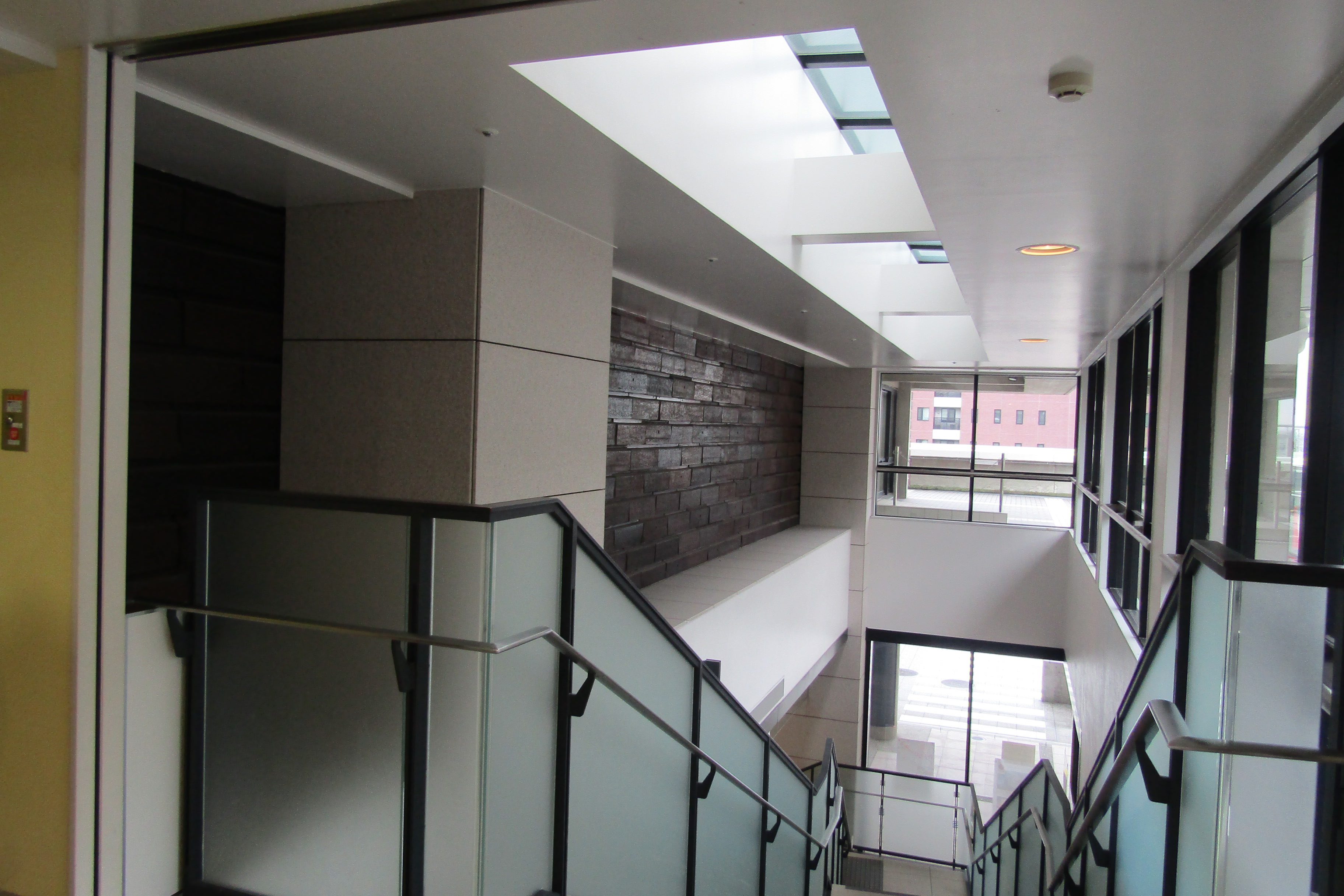 Traces of the major renovation can also be seen in the stairs leading from the lobby on the first floor to the second floor. Can you see that the 'mounted tiles' that were used for the outer wall remain on the second-floor wall on the left? Yes, this is an extension, a space that was once outdoors. Before the renovation, the outside staircase was used to access the second floor, so from the convenience point of view, the building was expanded and a new exclusive staircase was added. 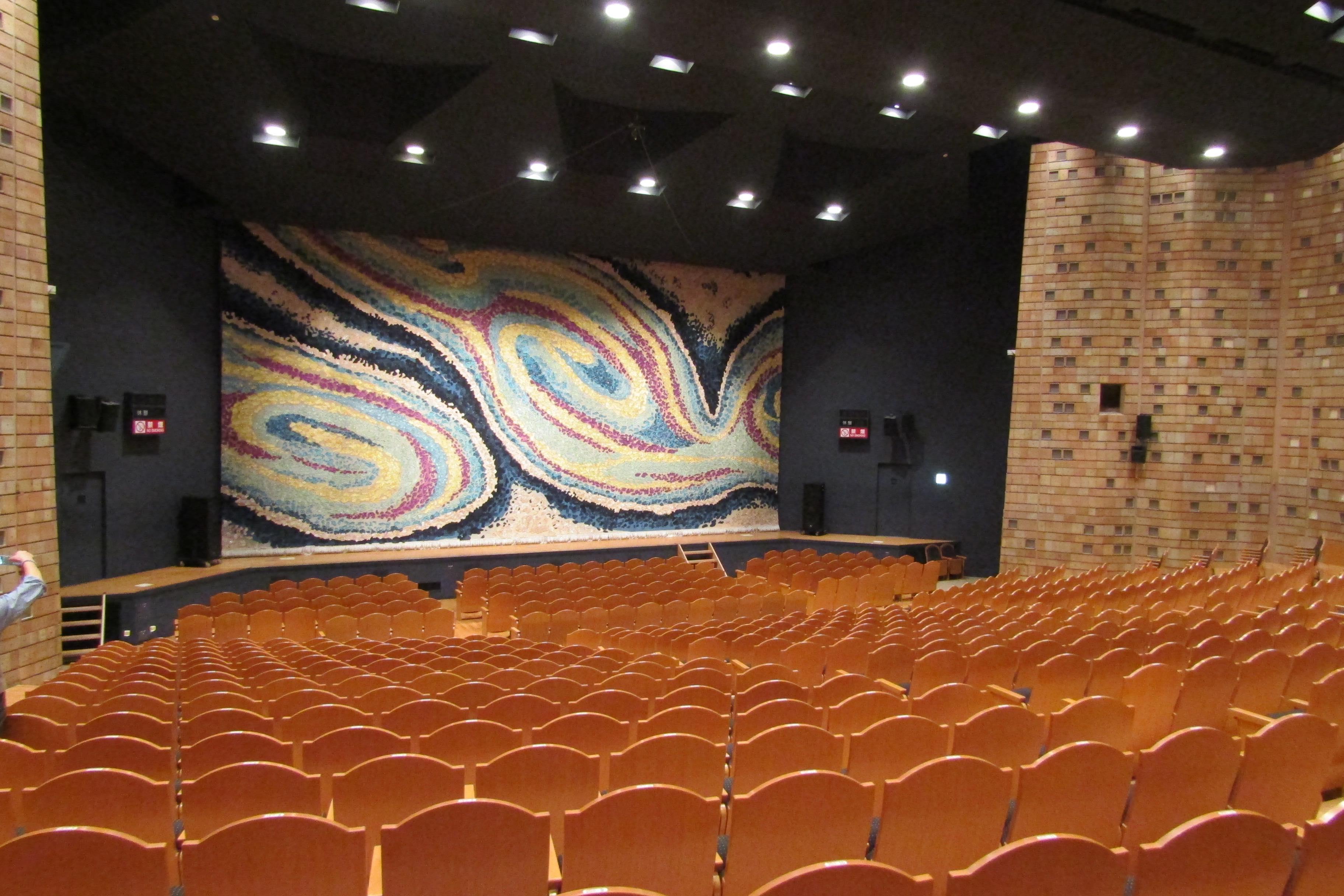 Speaking of the youth center, Momijizaka Hall!
Here too, except for the wall surface, it was greatly renewed in the major renovation in 2005. Of course, the sound, lighting and other stage equipment were renewed, but it seems that the renewal of the drop curtain was also a big issue.
The drop curtain was created by Yasushi Sugiyama, a master of Japanese painting. Although it is a valuable item with only a few left in Japan, it cannot be denied that it has deteriorated over time. Therefore, I carefully examined the original drop curtain to find the original color, and as in the previous time, I asked a studio in Kyoto, which uses a very rare weaving technique for drop curtains, to produce it. He recovered admirably.
By the way, some of the original drop curtains are displayed in the lobby, so please take a look when you visit the Youth Center. 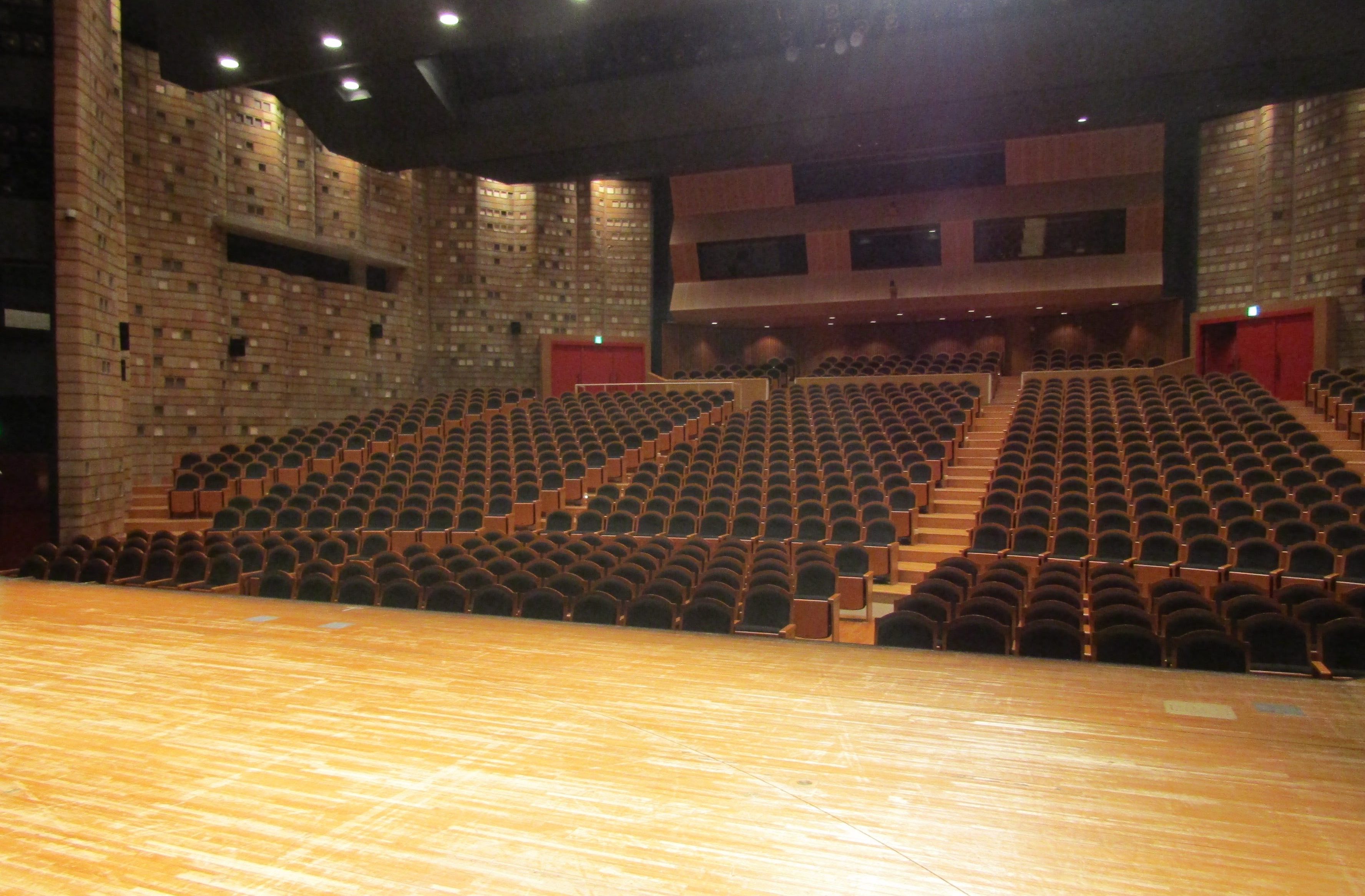 Personally, I was happy that the width of the seat was expanded from 46 cm to 52 cm. The number of seats has been reduced from 1,000 to 812, but the seats are staggered so that they do not overlap with the front seats, so you can enjoy the performance more comfortably. 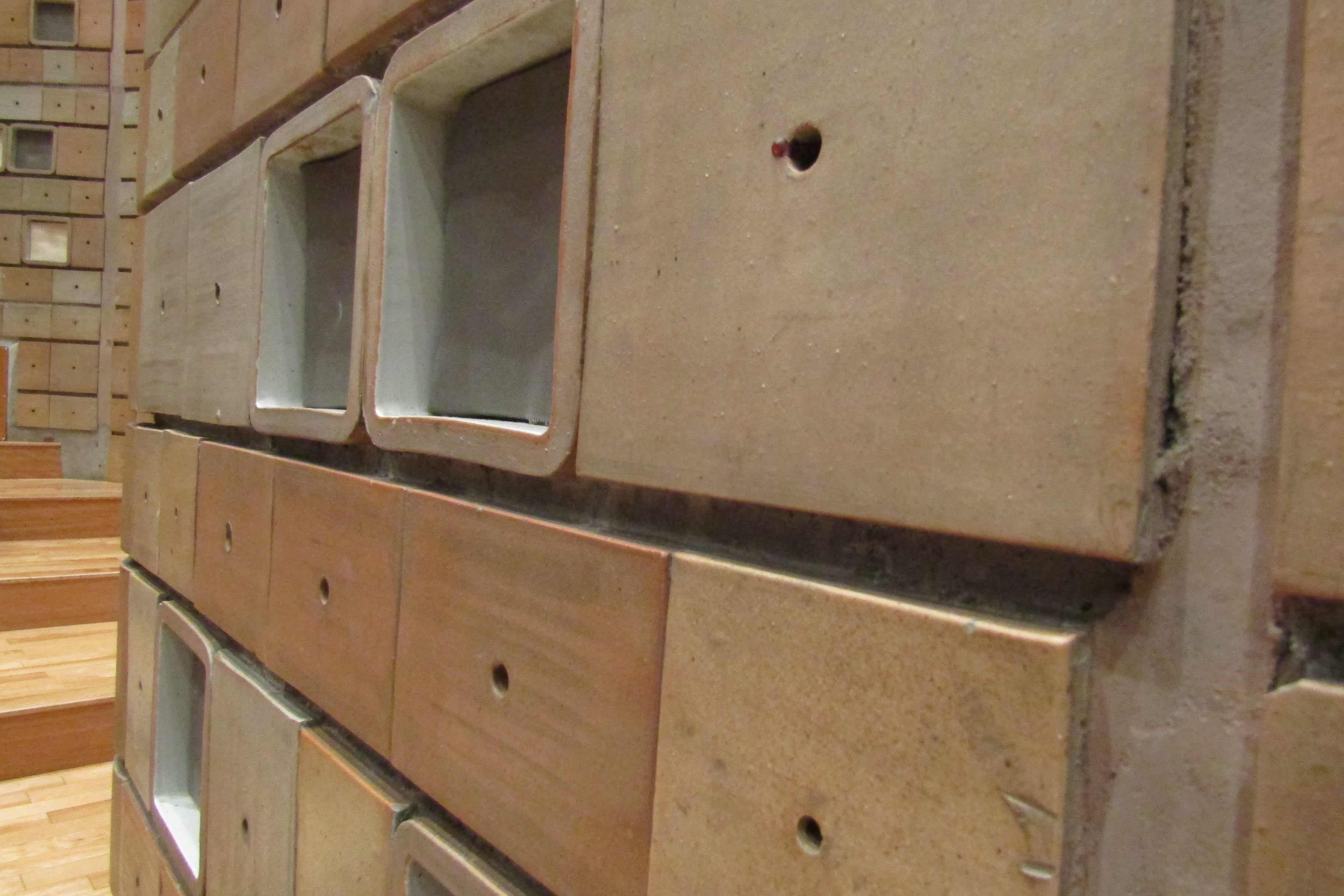 The wall of the hall is the same as before, but in fact, it is packed with a tremendous amount of ingenuity.
It has a structure called "Helmholtz resonator", and there is a space for sound absorption behind the tiles, which controls the sound of the entire hall. The reverberation time is 1.8 seconds, which is slightly longer than the concert hall. I thought it was just a design (sorry), so I was surprised to hear that you were doing something physically amazing! 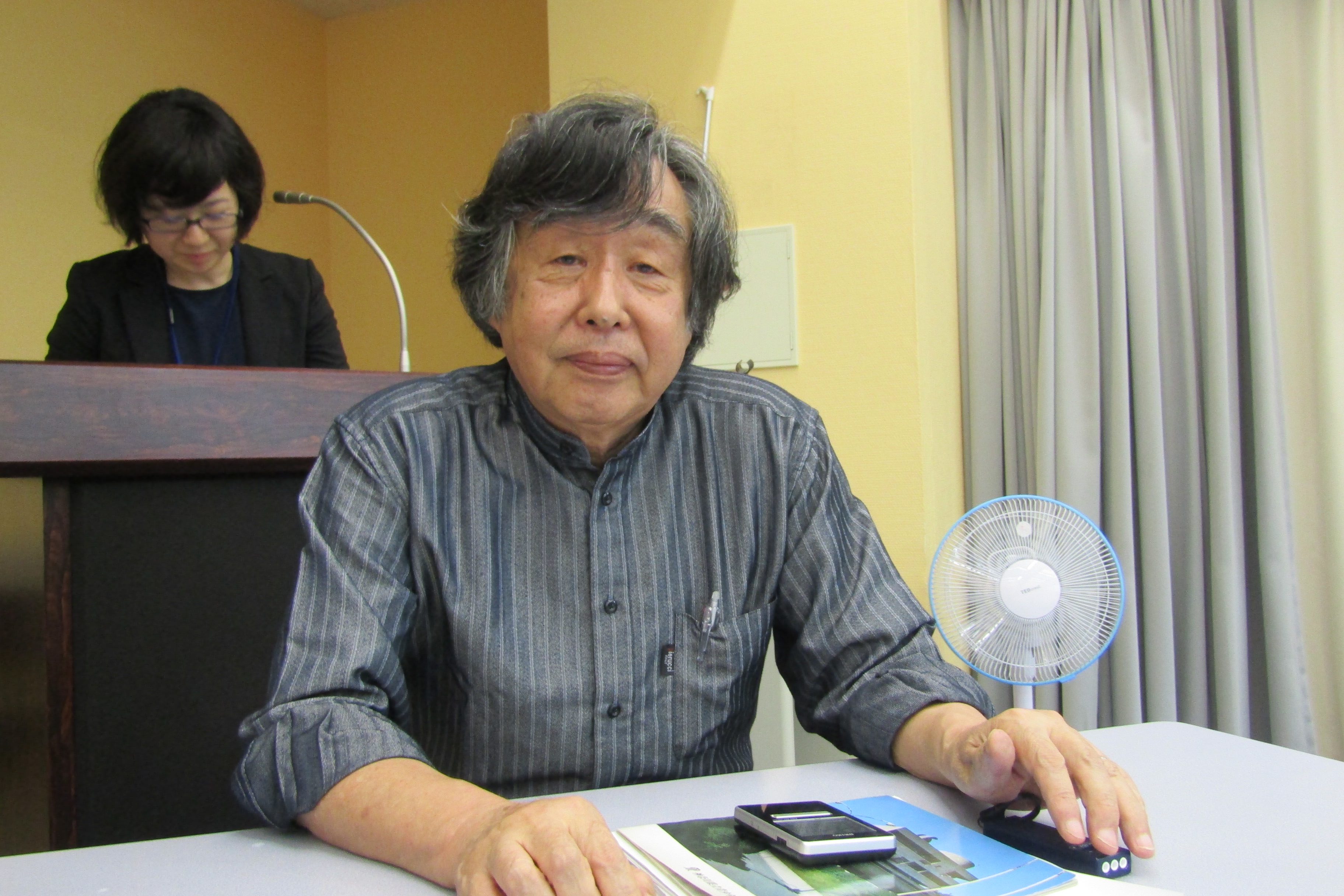 In this report, in addition to information from bridge members, we also referred to a lecture by Mr. Hashimoto, Director of Maekawa Architects & Engineers.
thank you very much!

One last point.
This year, the plaza in front of the Youth Center has been improved and has become a pleasant space. The camphor tree that rises in the center is thought to be the same tree that was depicted in the ukiyo-e prints of the time when the Kanagawa magistrate's office was established on this land.
Mr. Maekawa values the approach space to the building, and there are even facilities that have designed a space called "Esplanade". At the time of designing the Momijigaoka area, there seems to be no evidence that the name was used, but Director Hashimoto believes that "the newly developed space deserves to be called <Esplanade>."