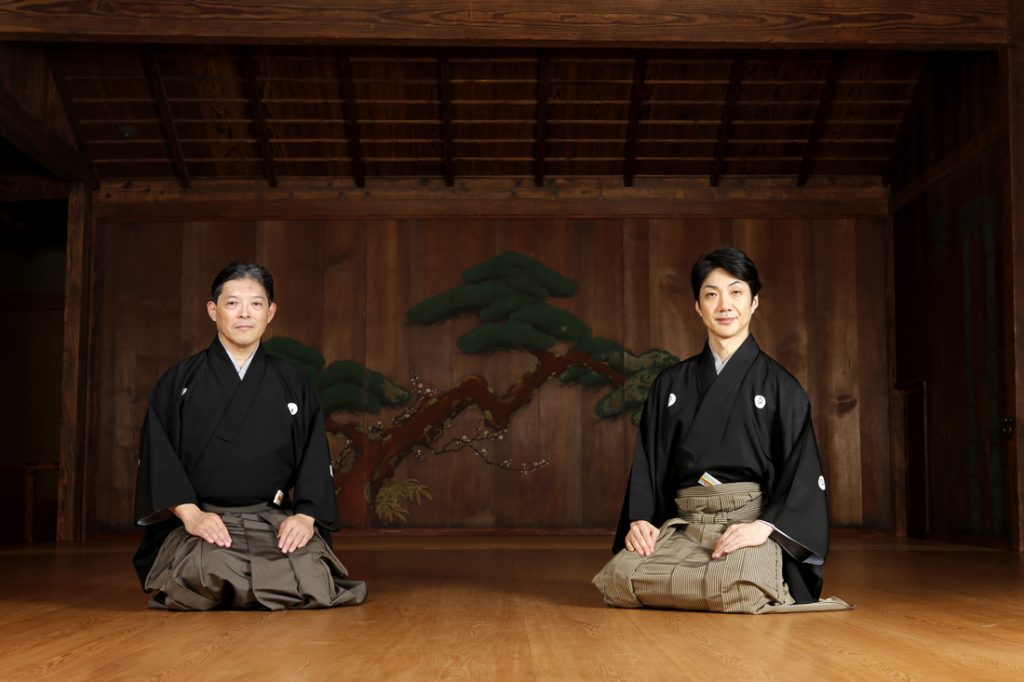 Kanta Nakamori x Mansai Nomura "It's fun to know! The world of Noh and Kyogen" -Part 1-

Kanta Nakamori is performing Noh while displaying Japanese and English subtitles on a dedicated monitor on the Noh stage. Mansai Nomura is also active in cross-genre expressions such as playing Shakespeare in a Kyogen style and dancing contemporary music. The other day, the two of us, who finished co-starring at the "Noh Knowing Party" held at the Yokohama Noh Theater, talked about the charm of Noh and Kyogen, which are traditional Japanese performing arts, and their future activities.
In the first part, we will ask about your thoughts on new attempts to appeal to the modern audience while preserving the tradition of Noh and Kyogen. 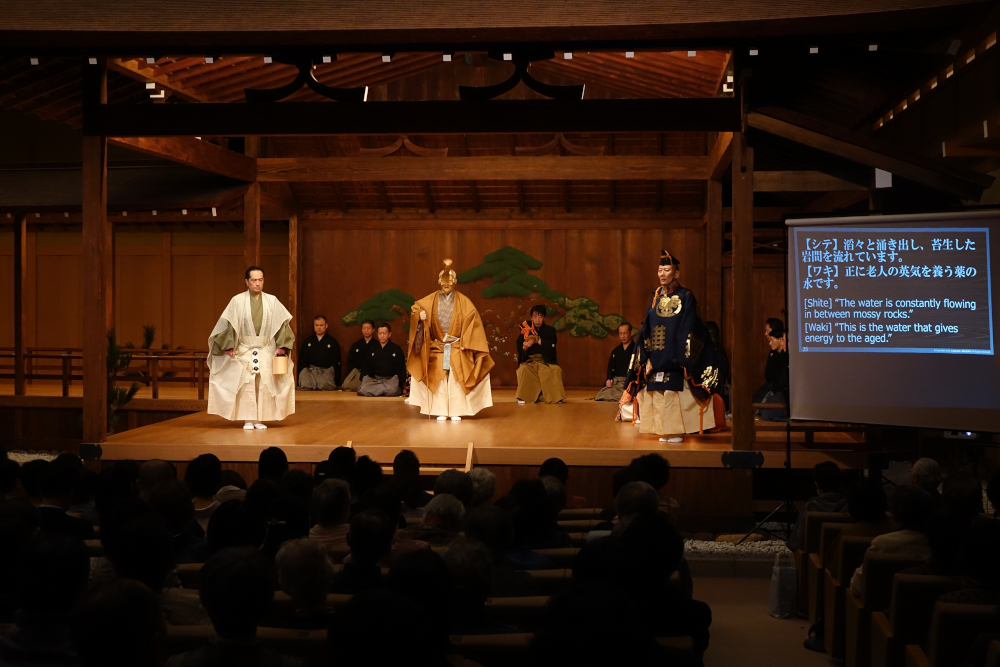 Nakamori Kamakura Noh Stage uses subtitles because we want people who are new to the stage and customers from overseas to enjoy Noh even more.
Today, only a minority of people know the stories and conventions of Noh, so we need some help to enjoy the stage. However, if all the meanings of movements and lines are subtitled, customers will be overwhelmed by reading the subtitles and will not be able to afford to see the stage. Subtitles are only supplementary because we want our customers to enjoy the world that unfolds on the stage while using their imagination. Although it is still in the experimental stage, I would like to exchange opinions with the team researching earphone guides and provide better ones.

The lines of Nomura Kyogen are written in colloquial style, so even old words can be understood. However, there are some words that cannot be understood just by listening to them, so we have added a dictionary function to the pamphlets for our performances. For example, "bumo". Expressed in letters, it is "parents", so if you check in advance, you can understand it without reading the subtitles. Make it possible to select the method that is easy for the viewer to enjoyI want to go. 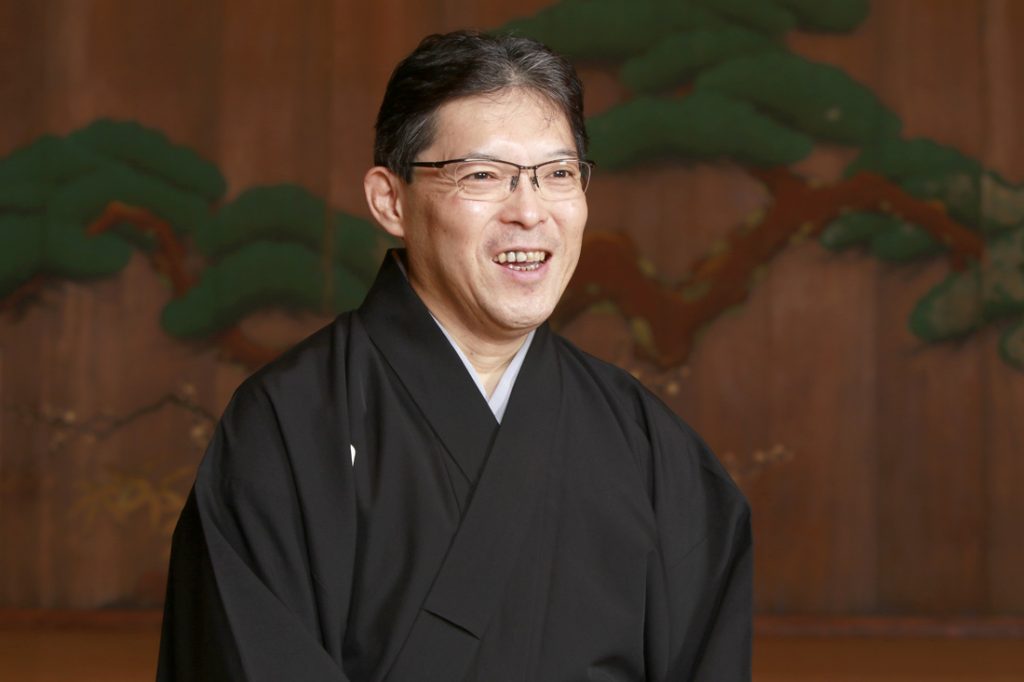 Nakamori In modern Japan, I think that many people are imprinted that Noh is "difficult" and "not interesting." I also visit schools, but most of the teachers and parents of the students have never seen Noh. In such a situation, the first thing to do is to get interested in Noh. I will continue to actively visit schools, and I think we need viewing support such as subtitles.
However, if you change the stage "intelligibly", it will not be Noh. We are looking for a way for everyone to understand while maintaining the traditional form.

Nomura cuisine will end up in completely different If you have changed the recipe, but the same thing also Noh and Kyogen. We cherish the traditional vessel called "Noh theater" and sometimes go out to facilities such as schools and open-air spaces such as Takigi Noh. Even in such a case, it is important that you follow the recipe and enjoy cooking.
However, there is a dilemma that the words used in the classical world are not as understandable as foreign languages, even though they are Japanese. Regarding this point, the Noh and Kyogen world is also making trial and error, such as adding subtitles and changing the presentation method, so I would like you to visit the Noh theater and experience it. 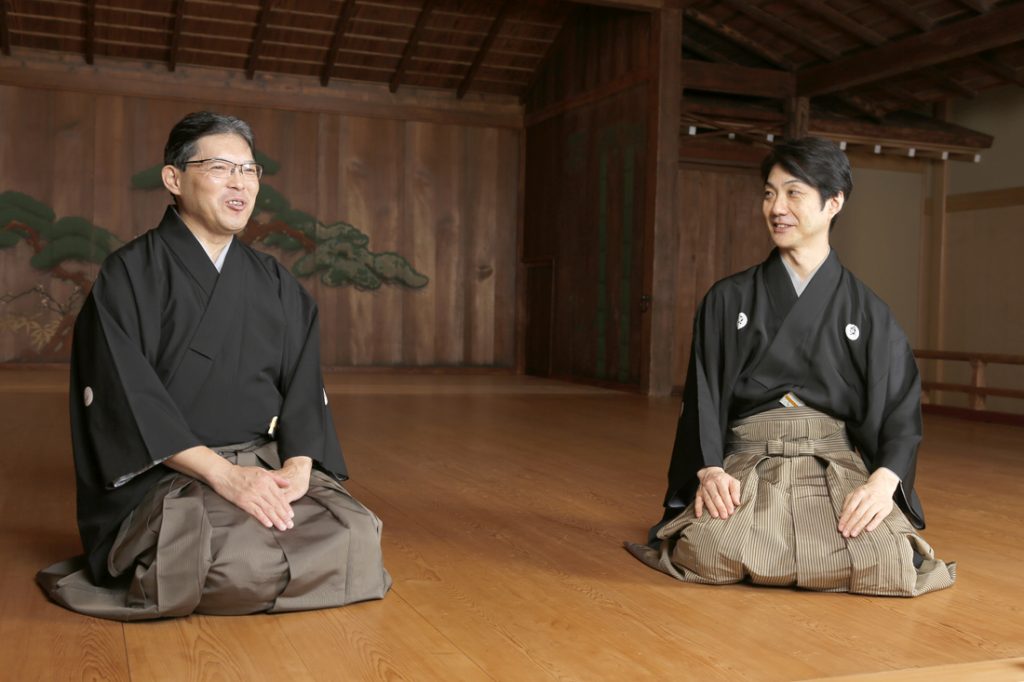 I also choreographed the Nomura ballet music "Bolero", but that is possible because it has something in common with the Kyogen dance called "Sanbaso". The important thing is to find out what they have in common and show them together. If the connection is not convincing to the customer, it will be said to be "strange".
eft size-full wp-image-141563 "src =" https://magcul.net/wp-content/uploads/2018/12/KMR8932_760.jpg "alt =" "width =" 760 "height =" 506 "/ >
Nomura Kyogen often begins with the phrase, "I'm a person around here." They don't give their names, and everyone, regardless of whether they are emperors or anyone, are "people around here." I think it's the opposite of Noh.

Nakamori That's right. Noh has developed as a religious drama, so the basic idea is to honor God, Buddha, and Emperor.

Nomura Kyogen depicts a reversal phenomenon. The master who should be great fails, and the servant Taro crowner is smarter. Even in marital relationships, men are not sloppy and women are more rewarding.
In the world of Kyogen, criticism is gained by thinking, "If you look at the world from a bird's-eye view, even the one who looks great is" a person around here. " If you look at human life critically, you can laugh at "what human beings are doing is nothing but love", and you can feel catharsis there. In a world that isn't Roku, it may be a person who isn't Roku, but I think, "Well, that's what it is." I think there is a utility of "poison removal" in Kyogen around that. 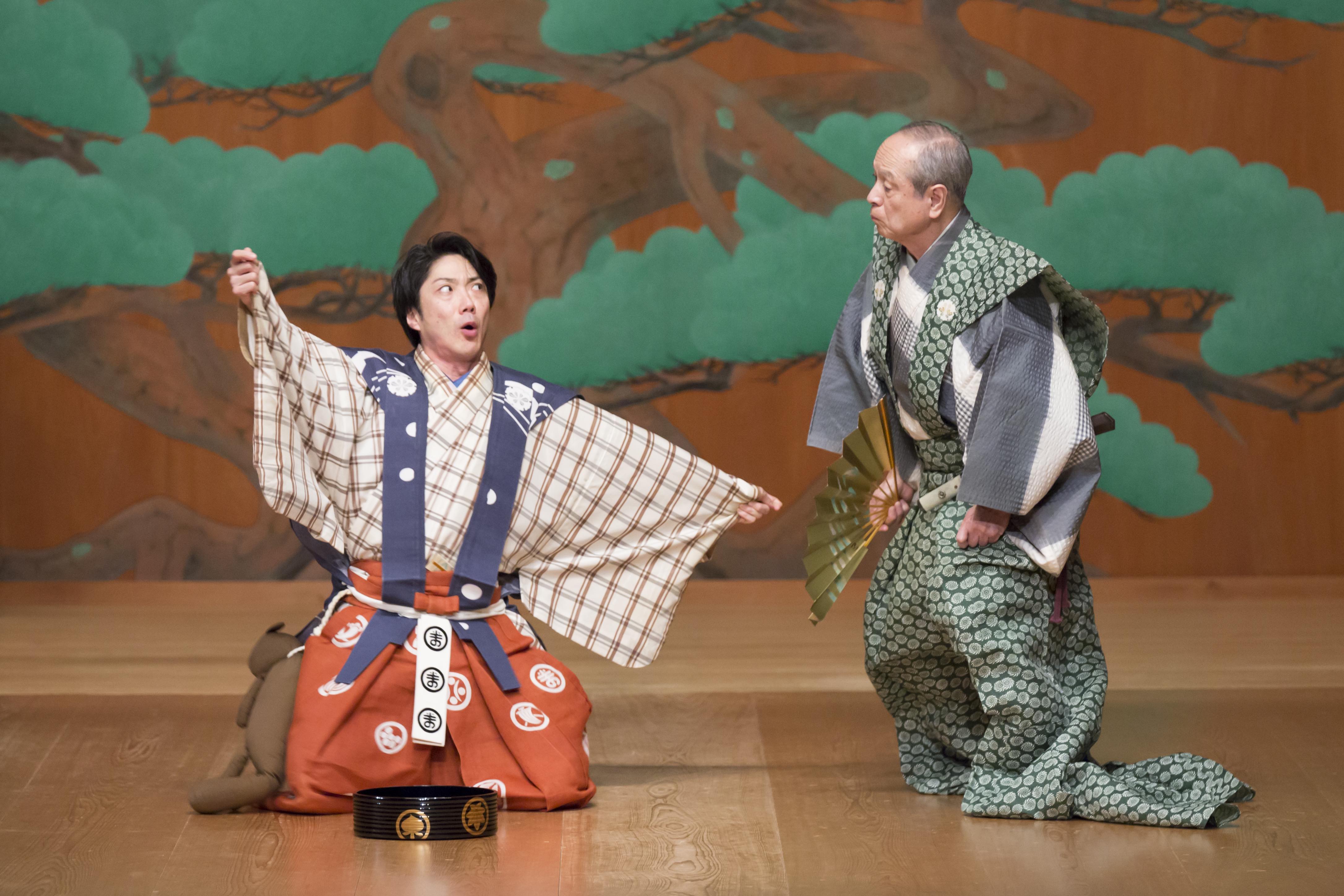 lor: # 333399; "> Nakamori I don't think there is a single way to perform a single song. There are various productions depending on the way of thinking, and there are various ways of expression, so I'm looking forward to choosing it myself. For example, you can be a young woman or an old woman with just one choice of Noh masks, so you can freely produce while envisioning yourself. It may be close to the feeling of shooting a movie. Customers are free. Cooking songs so that you can enjoy them is one of the joys.
It is also our job to nurture customers who can say "interesting". Instead of thinking "I was disciplined" just by seeing it once, I went to the Noh theater many times and saw various people playing, and I could enjoy "that person was like this" and "this person is like this". One. I think it is important to nurture customers who can enjoy the same ingredients with various tastes.

* You can read the second part from here >>